One of the lessons we have learned over the years is that by traveling for extended periods of time, we do not have to cram every day with going or doing. Today was to be one of those not doing much days. On the other hand, Ms. Swipe the Soap had been busy at the hotels we stayed at during the Nat Geo Expedition. (I just can’t get used to typing “expedition” instead of “tour”.) Soap, shampoo and conditioner. No wonder my luggage is so heavy. Next I’ll be discovering she was picking up rocks everywhere we traveled, and that has also found its way into my luggage. Pack Man Bob. 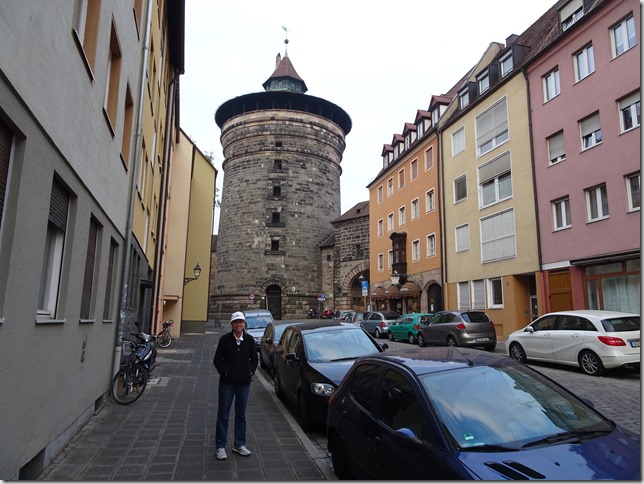 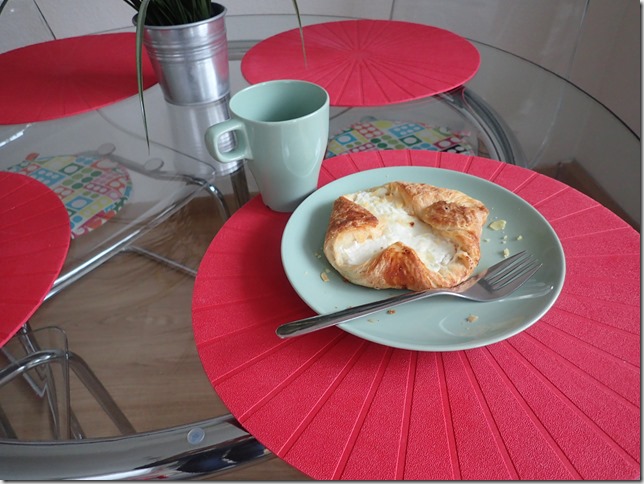 Fresh baked this morning and a minute from the bakery. 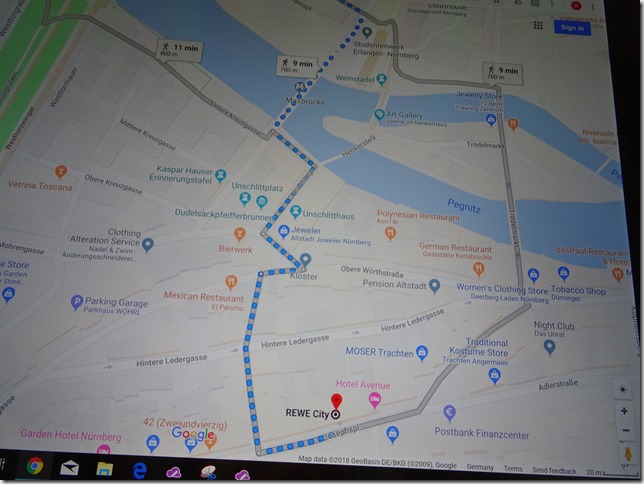 After breakfast it was off to the grocery store, a nine minute walk. 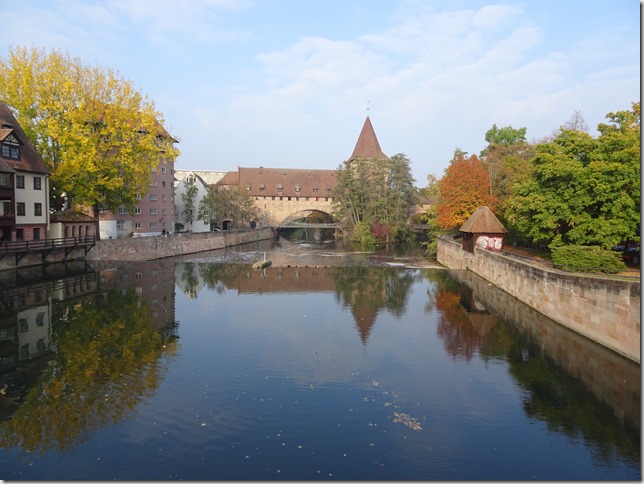 Th map showed us crossing a bridge, this was the view we saw. 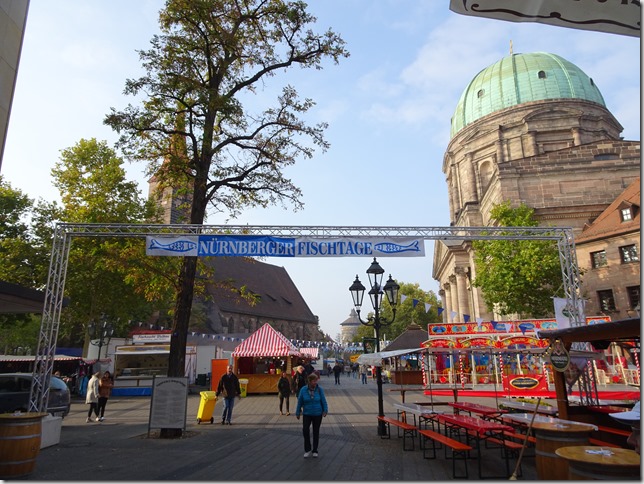 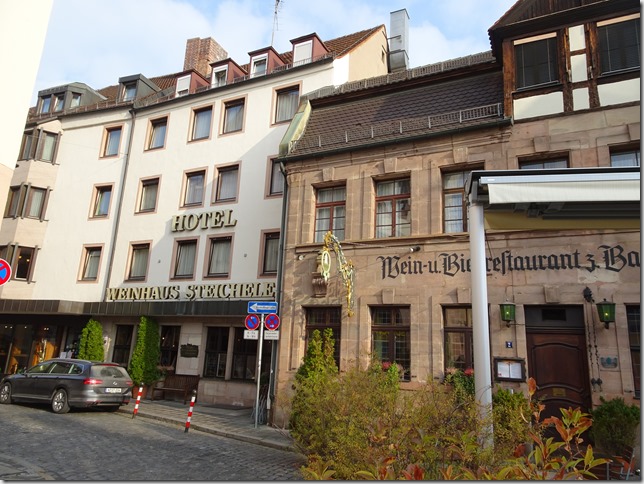 We didn’t spend two hours at the festival, it wasn’t even open for the day yet, it was just that once we made the turn away from the grocery store we just wandered. We were at a corner and Linda said, “The hotel we stayed at last time is just around the corner.” Sure enough it was.

What made it special was the dark brown section on the right. It was the only building in this section of the Old City to survive the war without being a burnt out hulk. 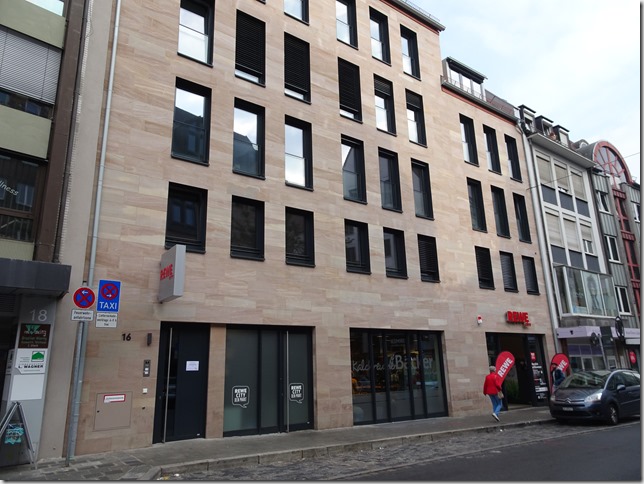 The Rewe, just to prove we actually did get around to grocery shopping. 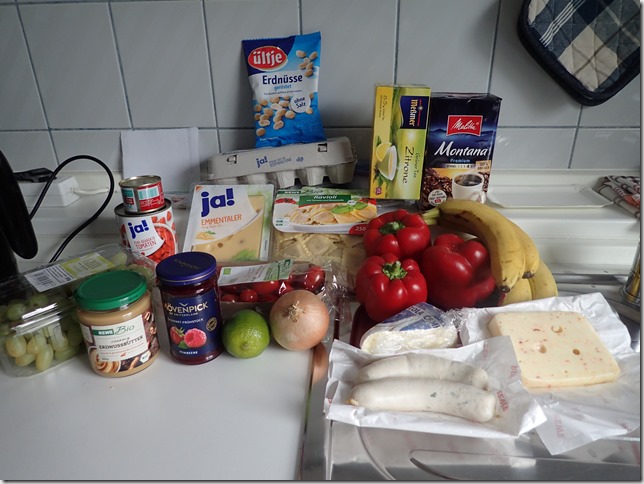 Linda likes to take a photo of what we buy. Bob likes his life the way it is. Bob posts the photo Linda takes. The white sausages in the foreground are Munchen Weisswurst. Bob is going to eat good between that and the cheese. Linda went the healthy food route. Bob is only going to be in Germany for two and a half weeks, Bob is going to enjoy what he eats, dieting can come later. Bad Bob? No, Happy Bob. 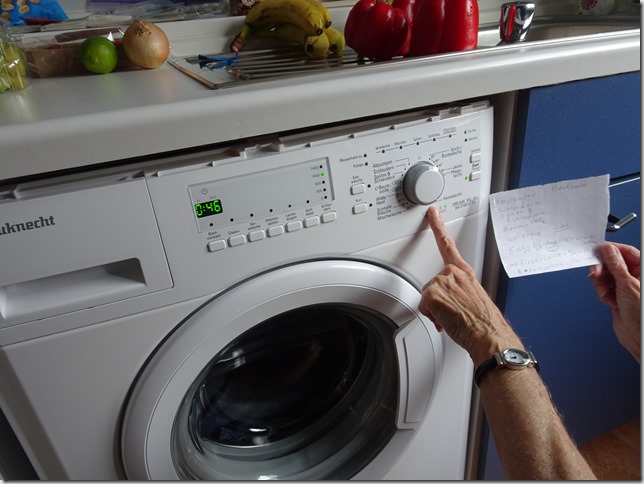 Not a word of English on how to operate the clothes washer. Linda copied the words and Google translated them. No go, no joy. Bob just started pushing buttons and eventually the washer made a noise and started. Linda said, “You may have got it started but it says it is going to wash for 2 hours 5 minutes, it will take forever to get down.” Bob looked at her, smiled and replied, “Actually, my way will take only 2 hours 5 minutes, but your way really would have taken forever since you couldn’t even get it started.” Bob would have been much better off not saying anything. 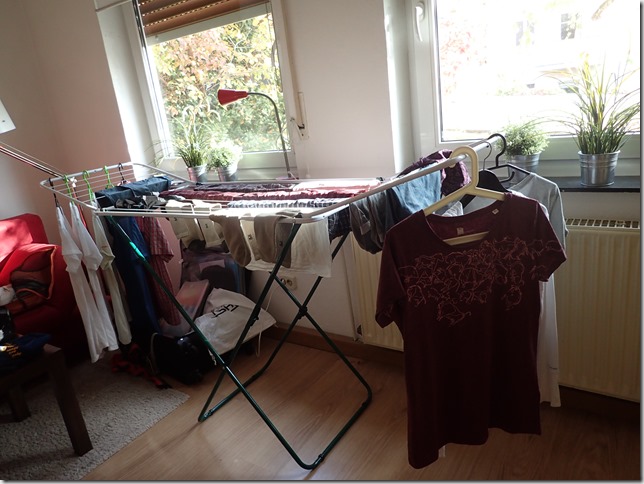 Clothes dryer. It was a good use for the second room. 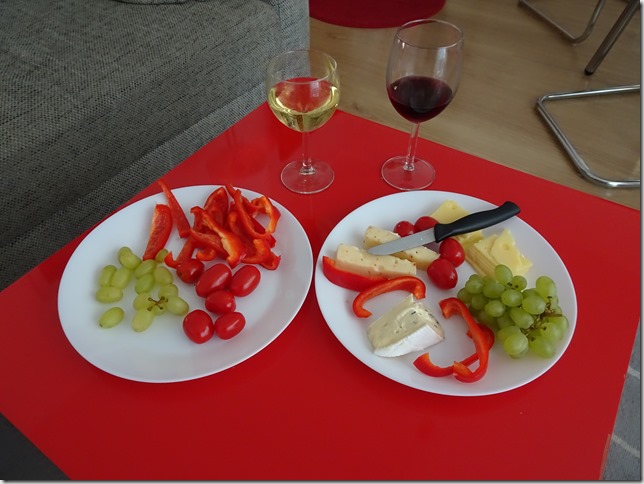 Snack time, easy to tell which plate is hers. Both of my mom’s parents came from family’s that were literally Swiss cheesemakers (and one of them still is). I’m genetically required to eat cheese or I’ll begin to fall apart. Lucky Bob. 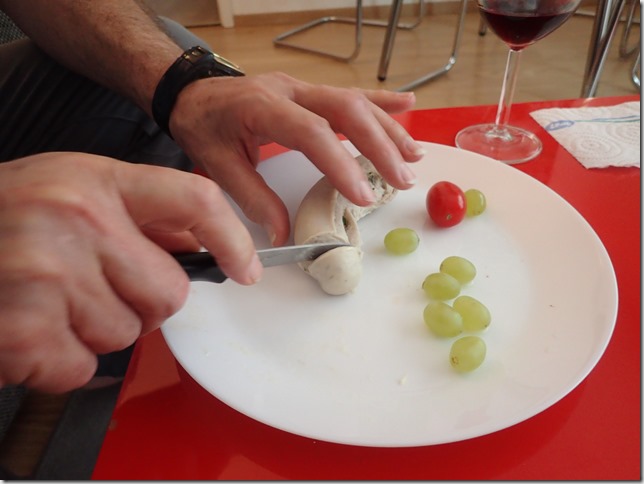 Overheated the wurst and casing split. however it made it easier to peel off. You don’t eat the casing on Weisswurst. 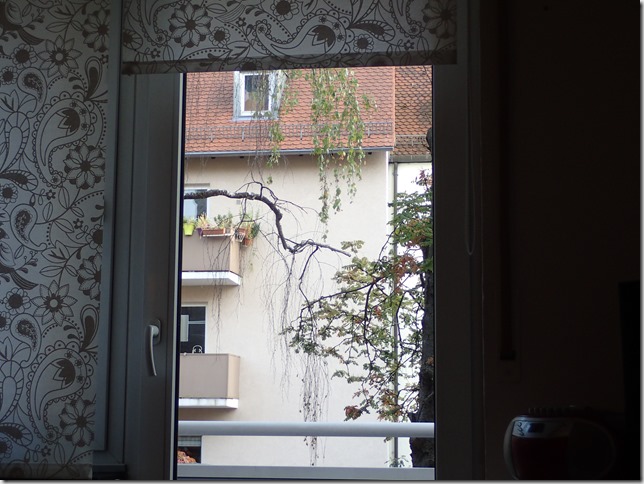 Linda photo out our balcony door. Life well lived if only I’d learn when to keep my mouth shut. But never worry, I’m not about to tell her to figure out how to start the washing machine the next time she wants to use it. That’s a road I sure don’t want to go down. Wise Bob.