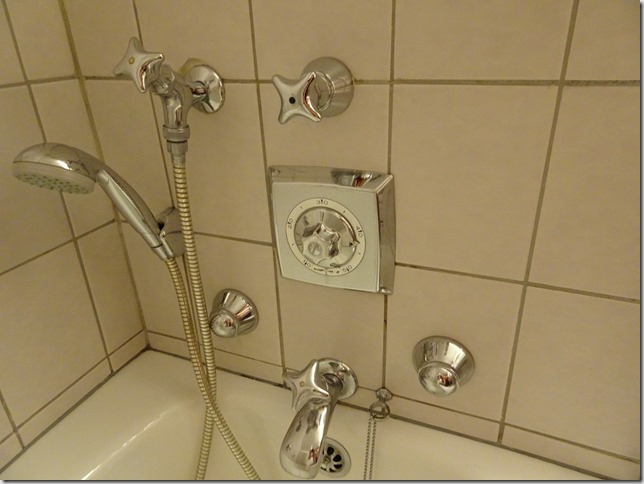 It is said that Norway is the most highly technically competent nation in the world. The proof is in this photo. 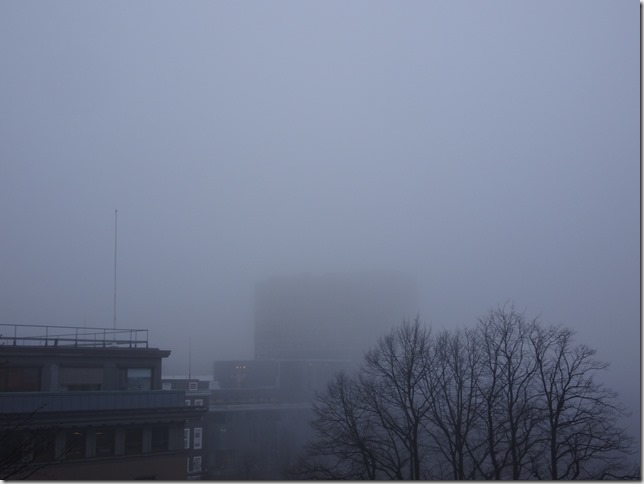 Just a wee bit of fog this morning. 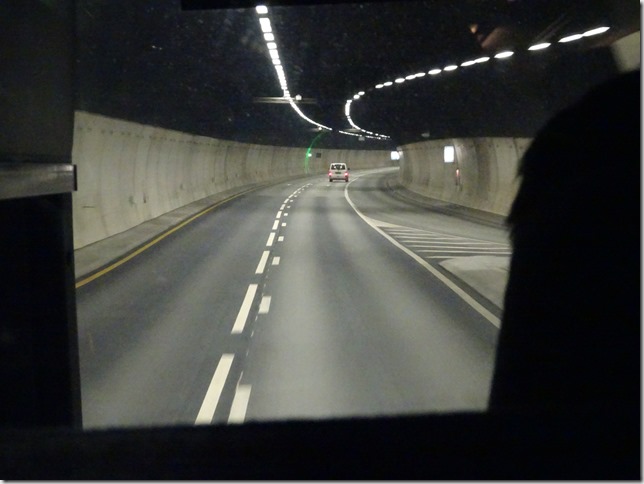 We took the Flybussen out to the airport. Much of the 20 minute trip was through tunnels. 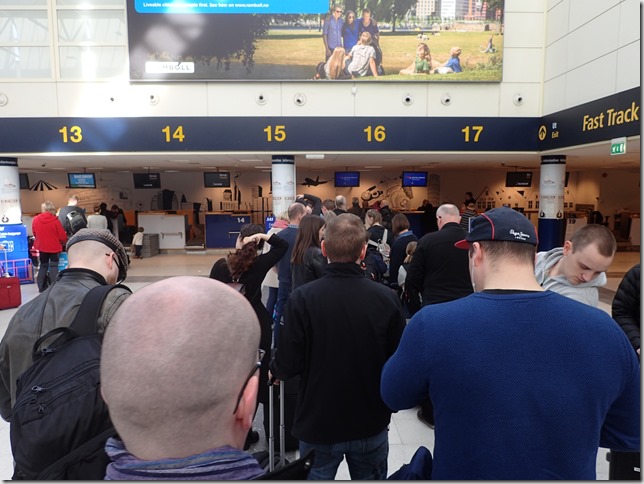 Ignorant Bob and Linda never thought how the fog might impact air travel in and out of Bergen. Happily it did not impact us as our flight left on time. There is a gigantic expansion underway at the Bergen airport, something they really need. 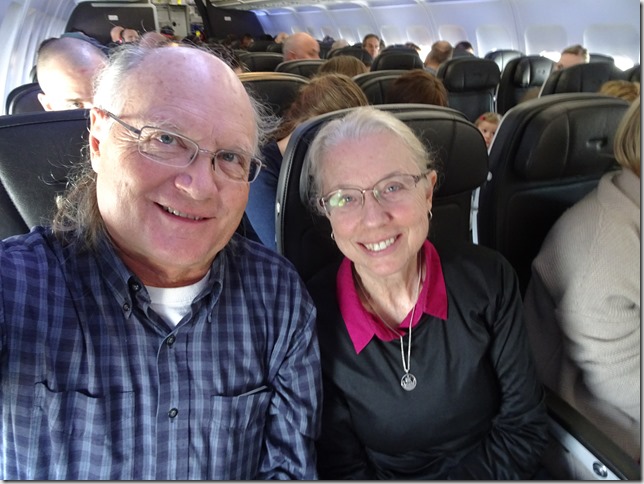 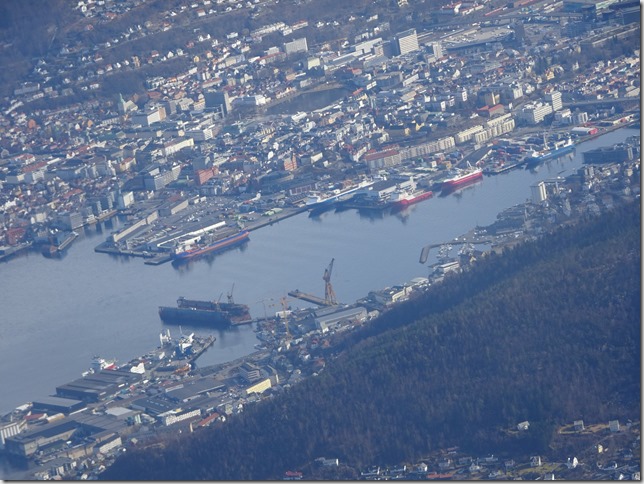 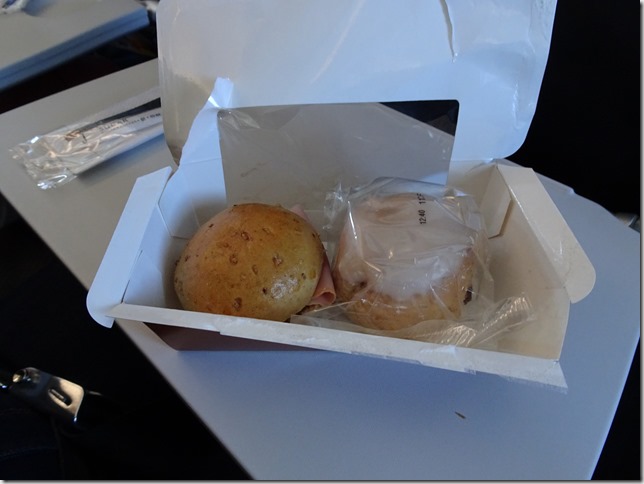 It was only a two hour flight from Bergen to Heathrow, still this snack was appreciated. 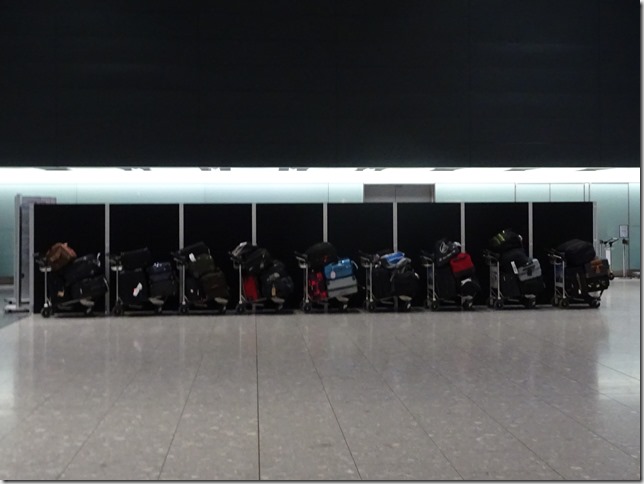 Linda was impressed by all this luggage. Then said something about being glad we pack light so we can carry-on. I have to agree with her, and that’s the beauty of travel, everyone can choose how to do it. We opt for longer connection times and carry-on baggage, Other people opt for shorter missed connections time and lost checked luggage. We’re happy and they’re happy, just to differing degrees. 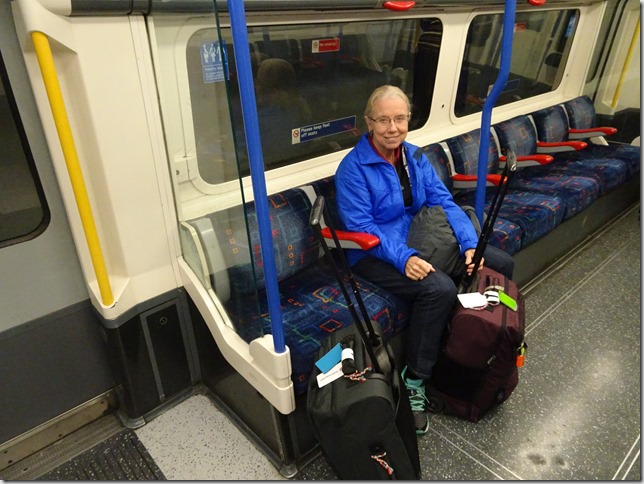 There are a number of different ways to get from Heathrow into London. Since our hotel is near a Piccadilly Line tube station, we ride the Piccadilly line metro. Fast forward to the stop just before where we got off. The car was packed to the gills with every space crammed with passengers, then magically at Covent Gardens most people got off. Sometimes we get lucky. 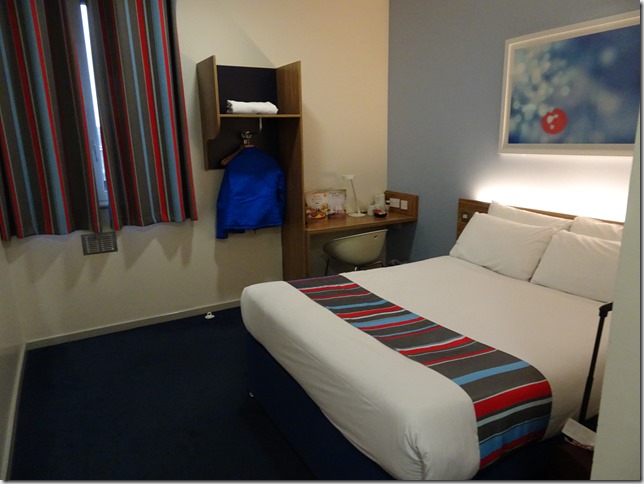 Our home for the next 9 nights. 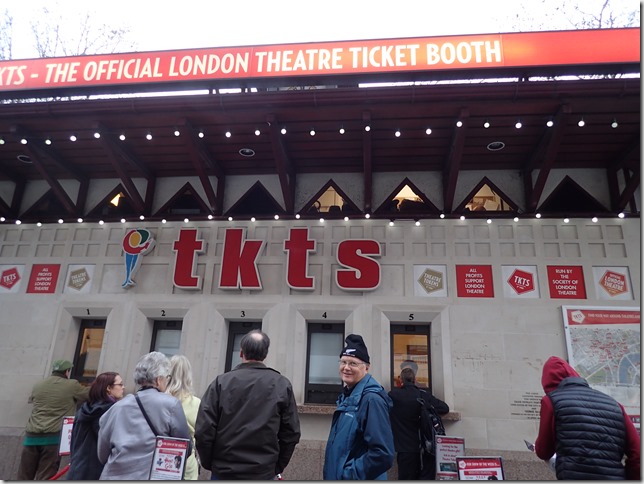 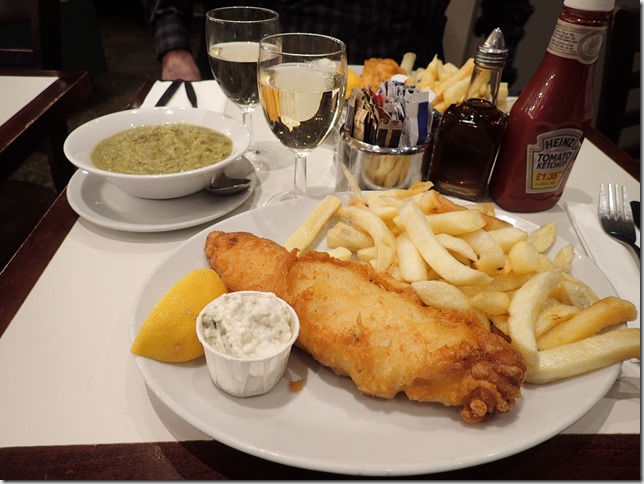 Fish and chips for dinner. It seems like no matter where we eat, our first meal in London is never very good. We’d eaten here before and really liked their fish and chips. The personnel were all different, the accents were eastern European, before everyone was Asian, and the food was definitely not as good. 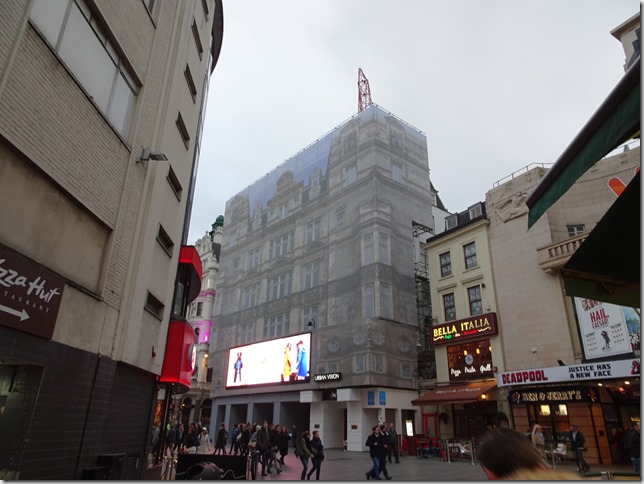 This actually a screen around the scaffolding on this building. 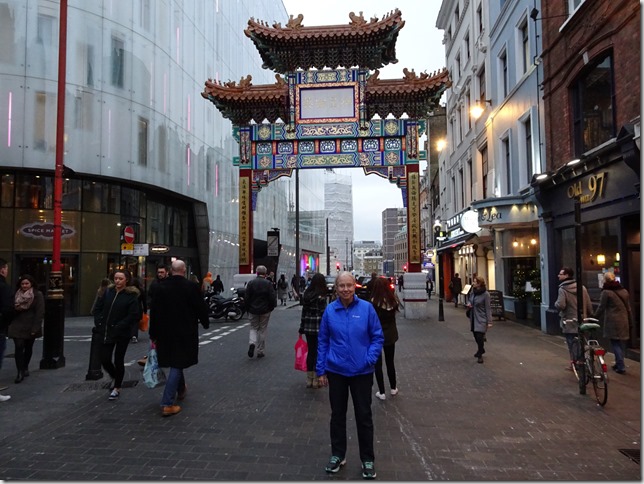 Having fun in Chinatown. 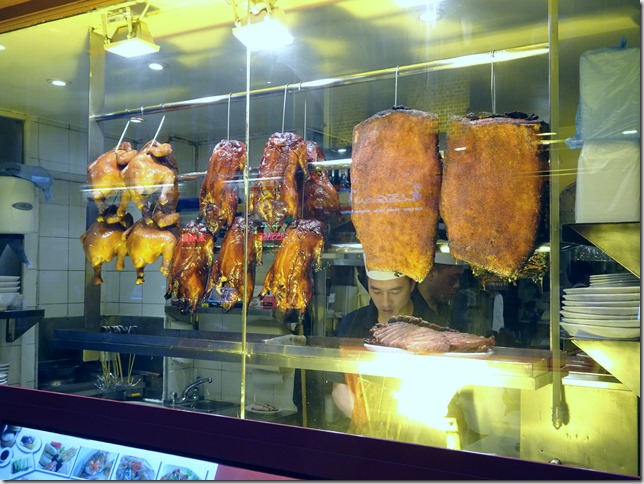 There will be crispy duck in our future for sure. 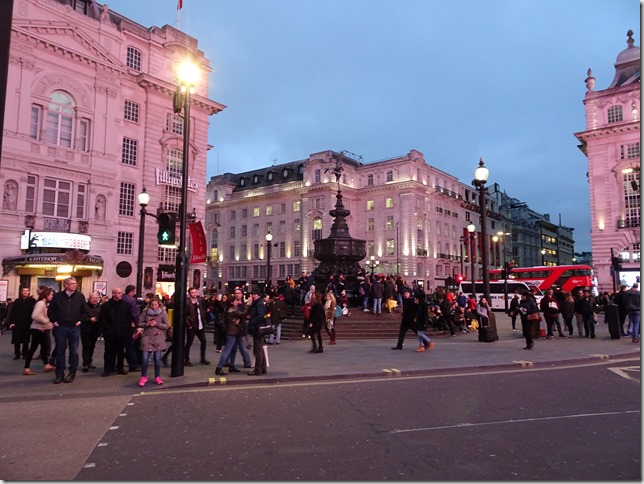 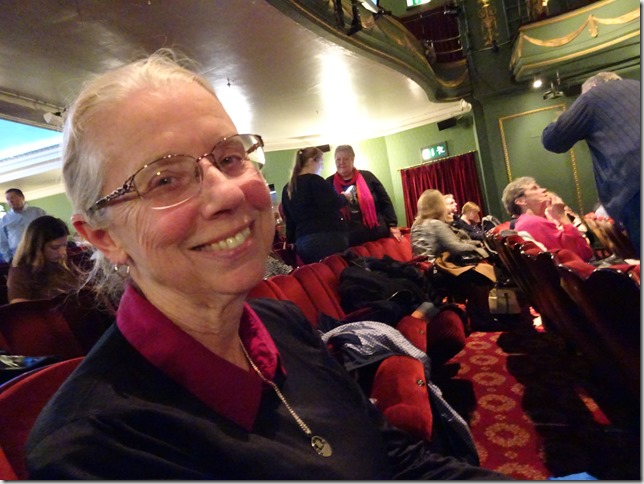 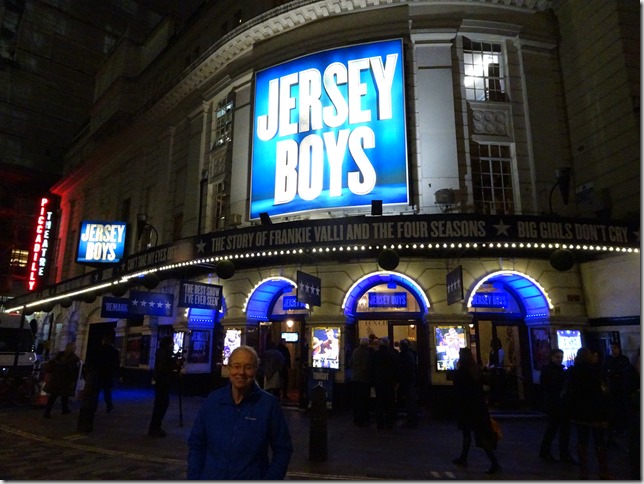 Jersey Boys! It was the premier night of the new cast, and the actor who played Frankie Valli broke down in tears at the applause he received at the end of the show. It was his West End debut and he did a great job. It is why we so much enjoy live theater. 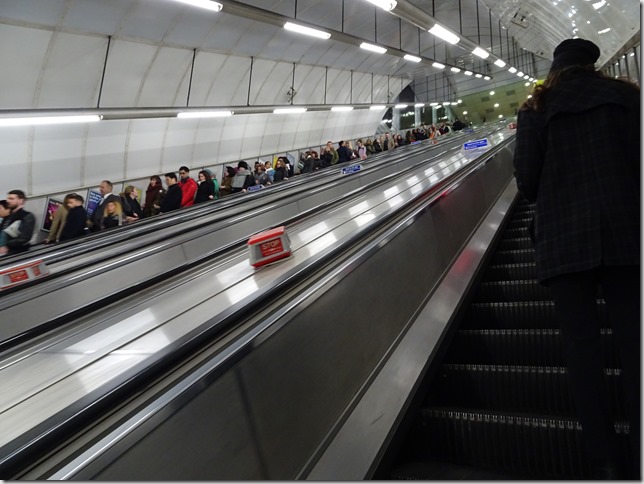 Part of the fun of going to the theater is watching the masses of theater goers heading home. And so ends our first day in London.