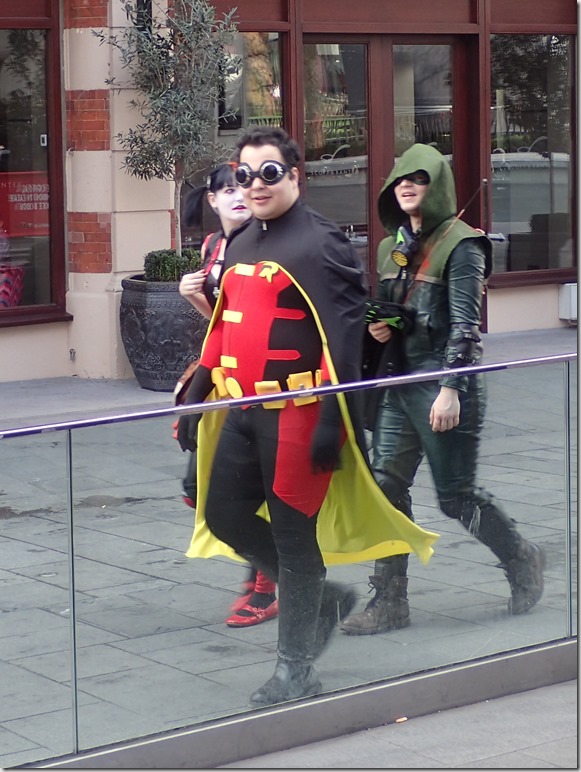 With the Batman vs Superman London premier tonight the fanboys and fangirls were out an about in the Leicester square area this morning. 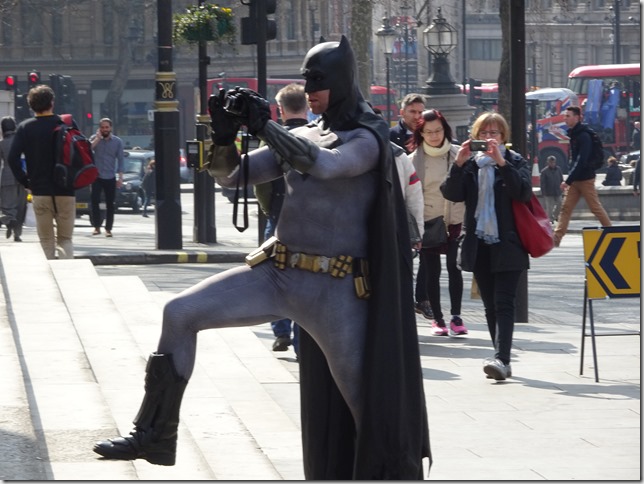 Even Batman was playing tourist in London today. 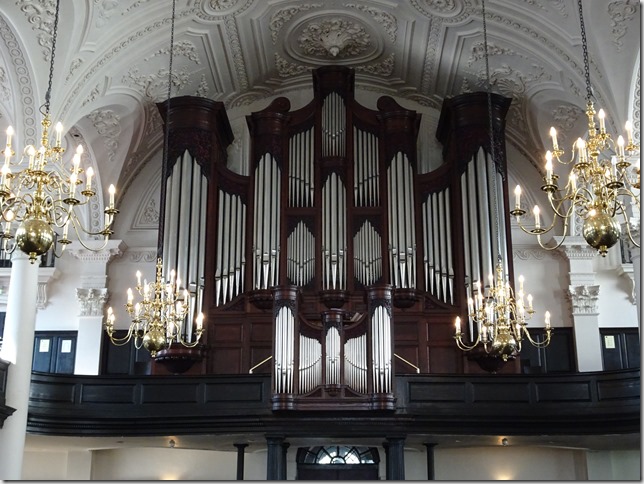 The pipe organ at St Martin of the Fields Church. 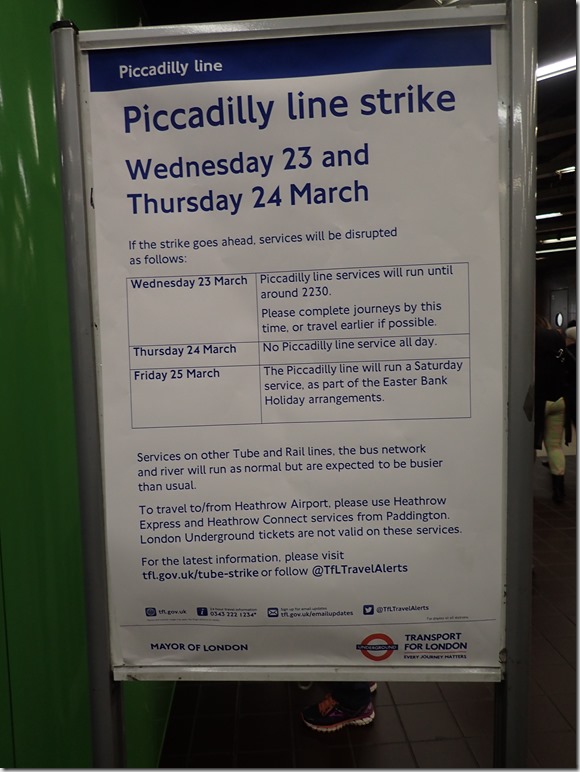 There may be a slight hiccup to our early morning travel to Heathrow on Thursday via the Piccadilly line. If so we will take Heathrow Connect to the airport. 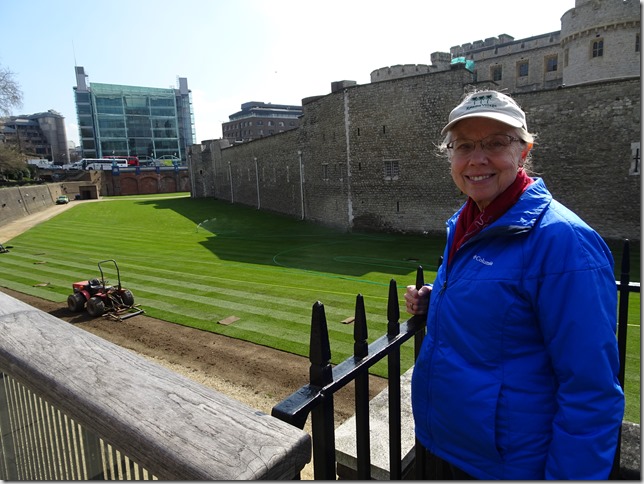 The last time we were here the moat was filled with 888,246 ceramic poppies representing the British and Commonwealth soldiers who lost their lives in World War I. 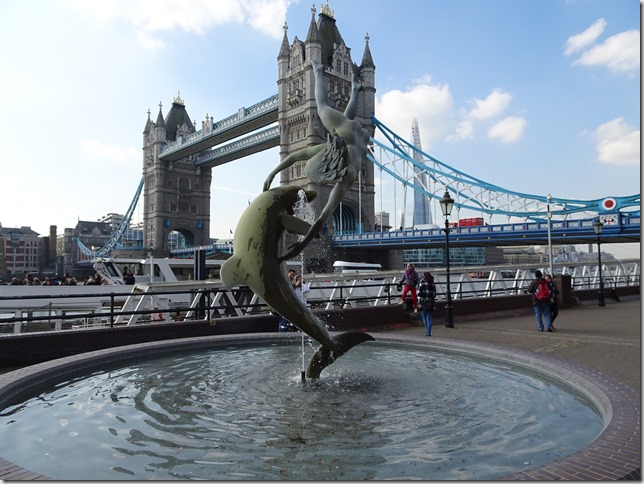 Tower Bridge with the Shard in the background. 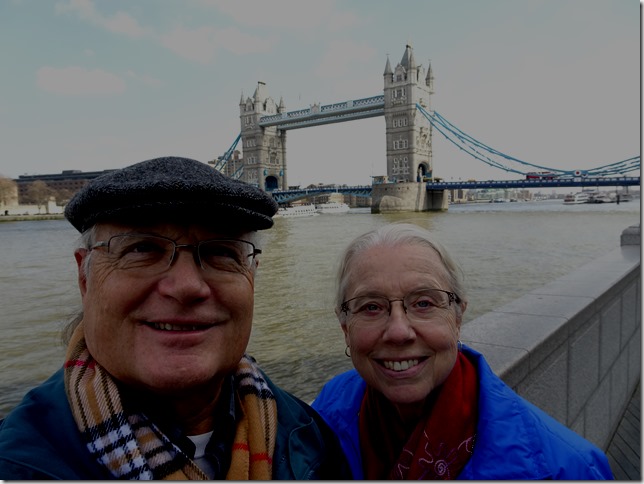 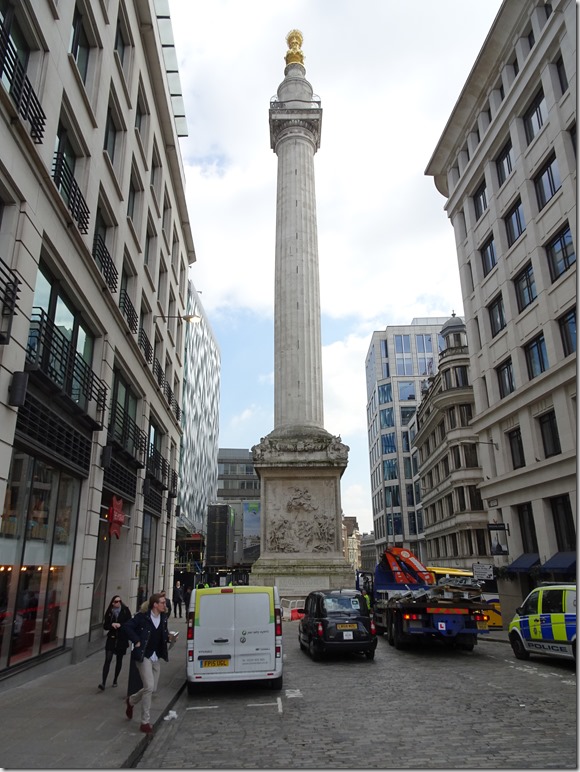 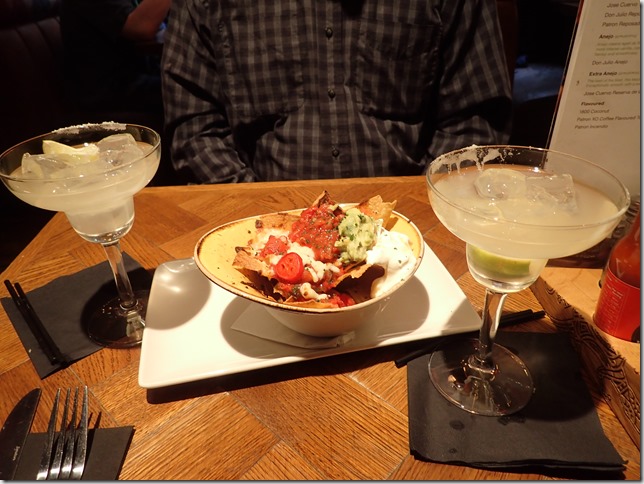 We were back to the Mexican restaurant we ate at the other day because the matinee we were attending was just a couple of blocks away and also because the food was so awesome. 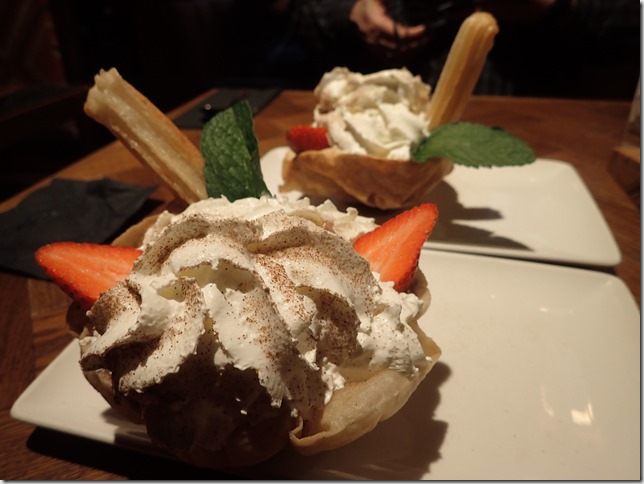 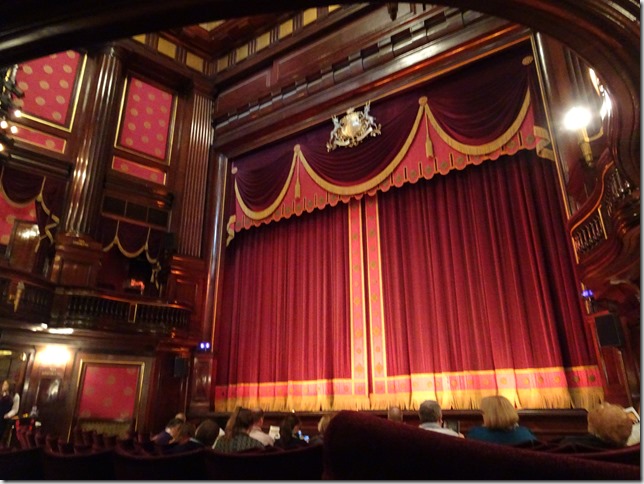 The play was The Mousetrap which has been running continuously for 64 years. After the performance Linda couldn’t, for the life of her, see why it had even lasted a month let alone decades. Wow, that sure made me feel better. Now I know why I have such a hard time pleasing her, just because I’ve been around for a long time doesn’t make me special. 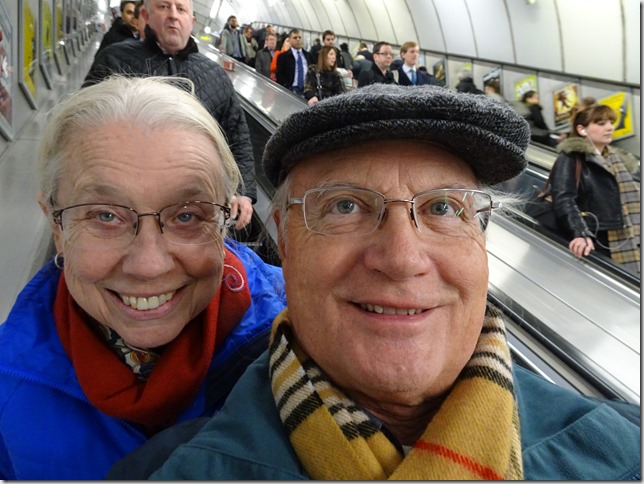 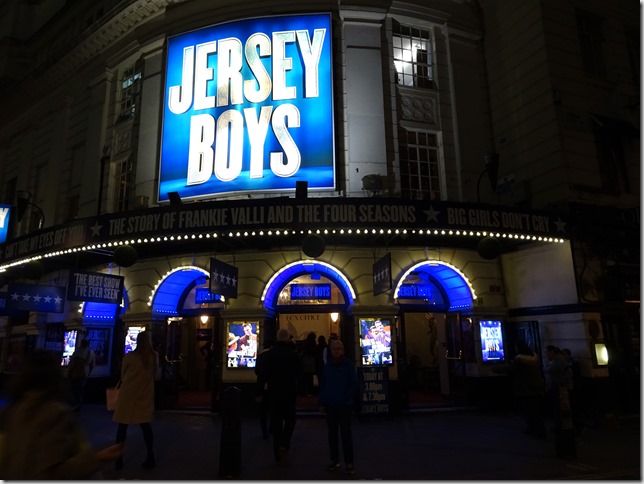 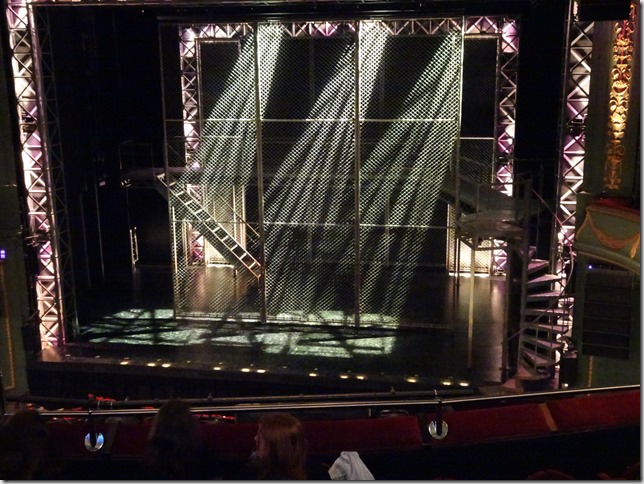 Our first time ever not sitting in the stalls. Never again. We really enjoyed the show, but like Linda said, we want to the the sweat on the actors faces and the spittle spew from their mouths. The reason we were up here was because they had no seats available in the stalls. The Easter holiday was the reason. Linda clapping her hands to the music while a million watt smile lite up her face said all was good no matter where we were sitting.