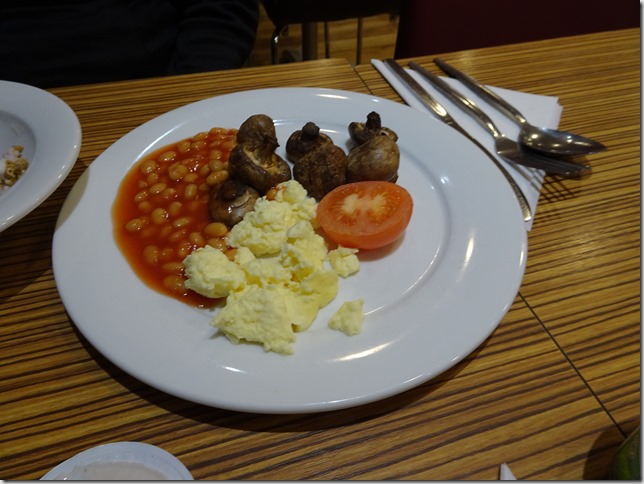 A bit of English breakfast for both of us this morning. Add sausage and bacon, and this would have been the photo of my breakfast instead of Linda’s. There’s a great deal of English blood flowing in her veins, so to her this is health food when she is in the land of her forbearers. As is usually the case, how the English can take something that should taste so good and make it so bland always puzzles me. 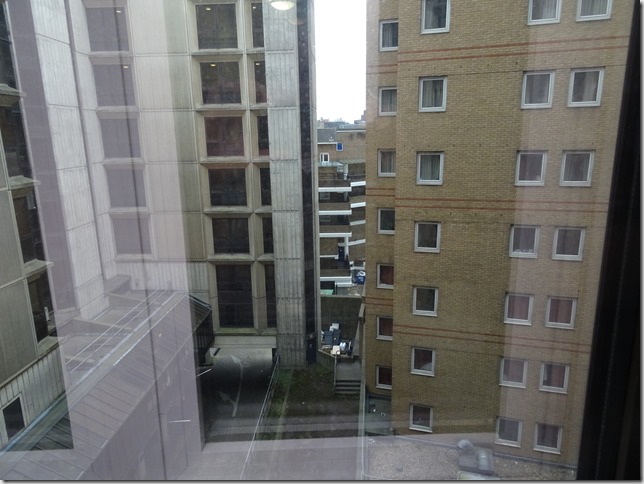 View out the window of our room. There is even a dumpster there. It is very unlikely we will see any dumpster diving since the only time we are in the room is to sleep, when I write the blog, or when we are researching additional plays we have come across. In Oslo we wanted a nice room, one we could relax in during the evenings. In London we just want a place to sleep as we are out all day sightseeing and going to the theater, and each evening we are again going to the theater. 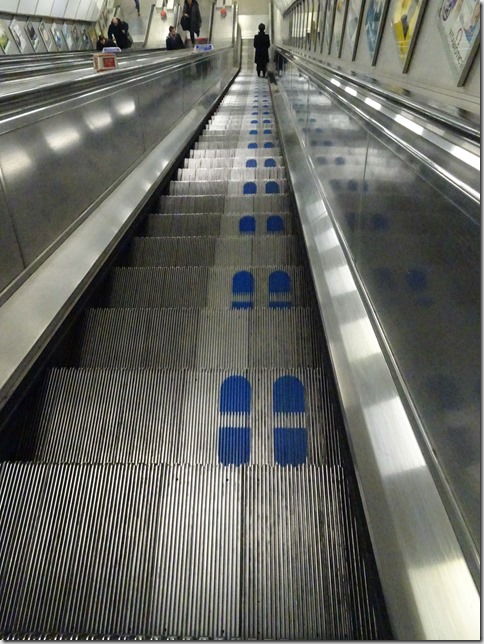 Guess which side of this escalator going down to the Piccadilly line at the Holborn station they want you to stand on while the other side is used for walking. The Piccadilly line is a very deep line with a second set of escalators like this taking you even lower. The Covent Garden station is so deep they have huge elevators that you ride. Needless to say, we take the Tube everywhere we go. Just tap our Oyster card and travel. 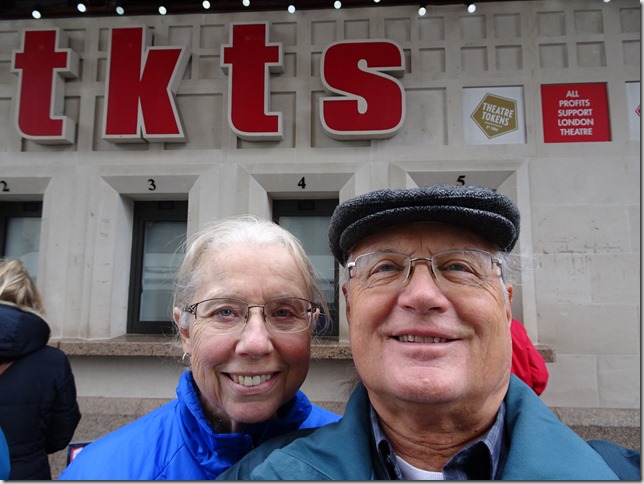 Selfie of the day. Back at the TKTS booth to buy more theater tickets. 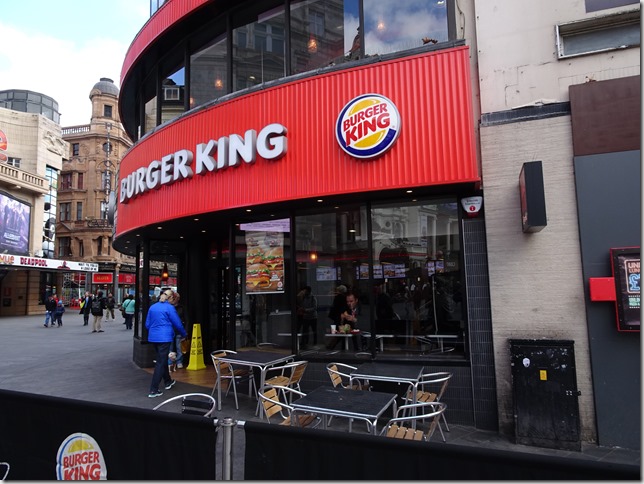 Pit stop time. Years ago we discovered the clean, second floor restrooms in this place. It was time to once again check them out and donate some processed coffee. 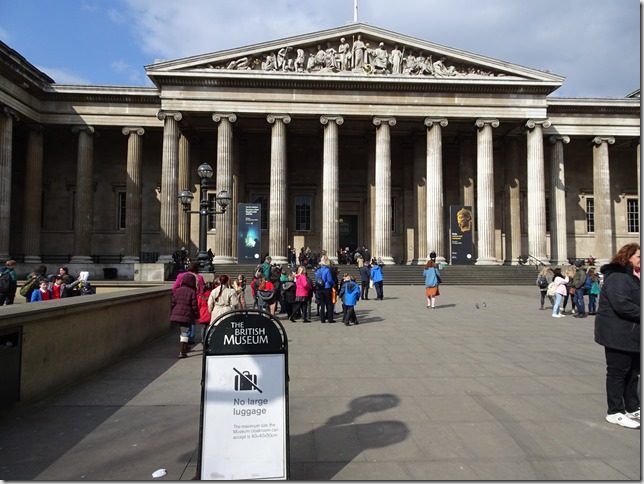 Less than a 10 minute walk from our hotel is our most favoritest museum in the world. 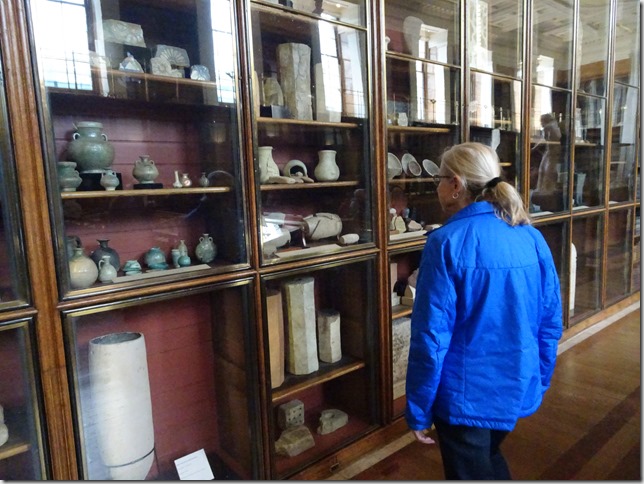 We never try to preplan what we want to see because no matter which section or room you visit, there is always something interesting. Here is Linda doing her best to decipher some cuneiform tablets. 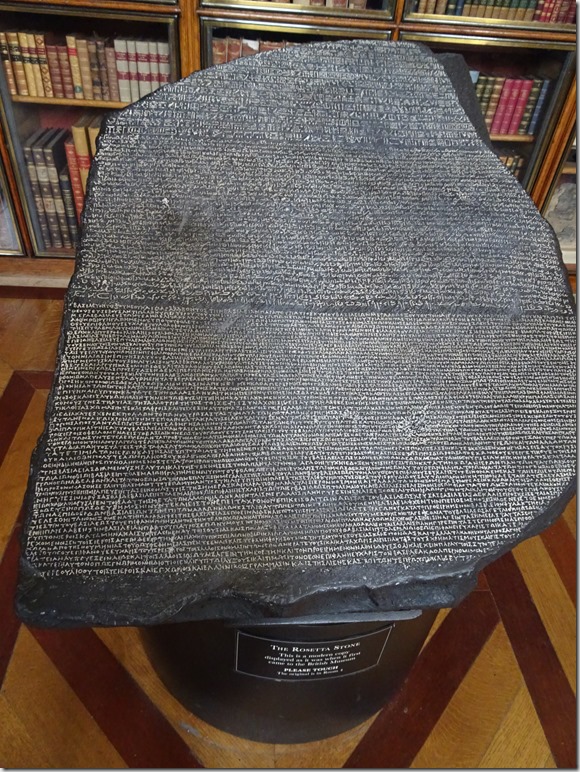 Sometime during this trip we will see the original, it’s my favorite item in the museum. 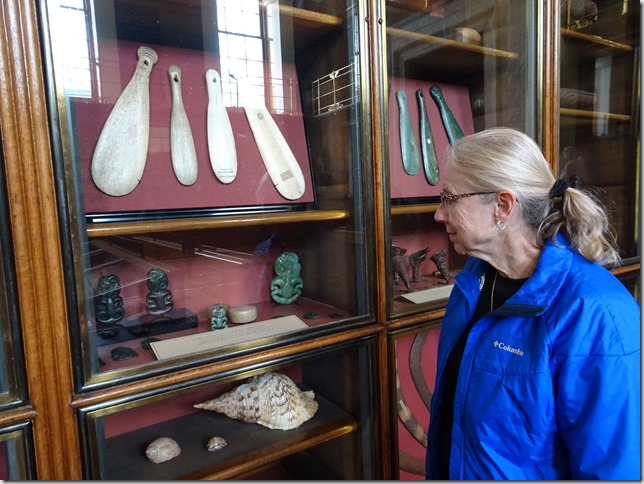 As luck would have it, this room also had a number of displays of artifacts from Australia and New Zealand, including a number of objects that Capt. Cook obtained during his voyage. 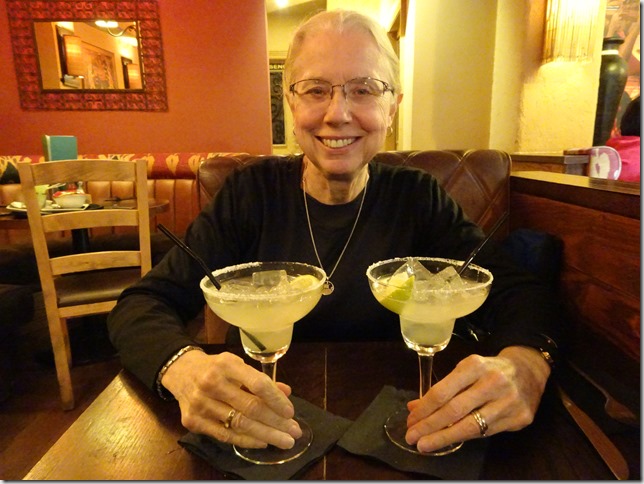 Linda solved her desire for some Mexican food, with a pre-meal margarita. No she didn’t drink them both, but I think if I had looked down to check the image on my camera after taking this, there would have been a big sip missing from mine. Happy Linda. 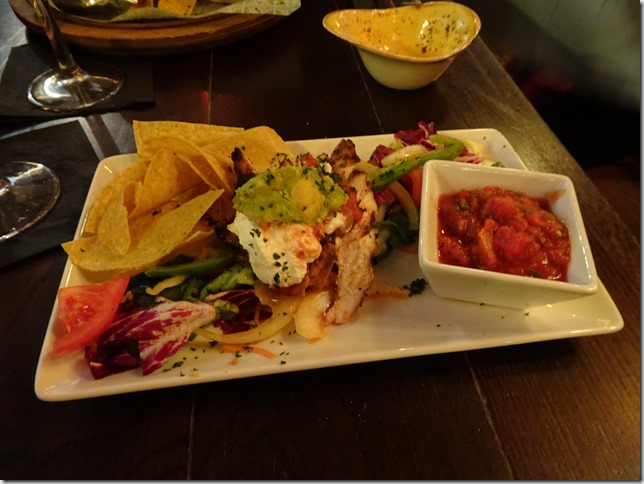 We were both amazed at how good our food was, since our previous experiences with Mexican food in England have been disappointing to say the least. 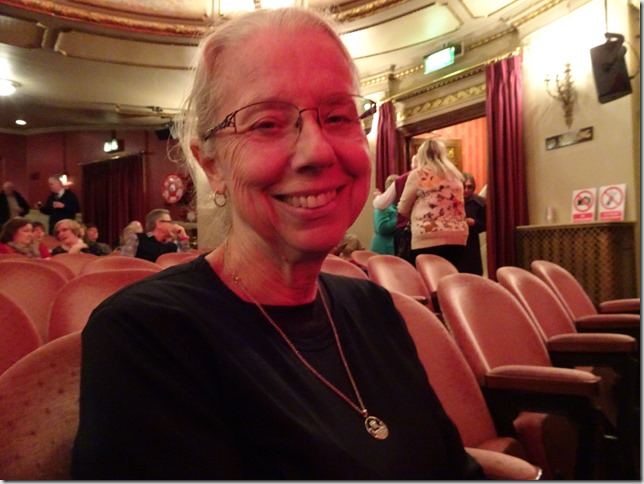 After that is was off to the Noel Coward Theater to watch the matinee performance of Mrs. Henderson Presents. No photos allowed during the performances in London theaters, so you will just have to come over and see them yourself. This was the eye popping performance I alluded to in the title. You see, there was a problem with the vaudeville performance Mrs. Henderson was  producing, as there was a serious cost overrun. Then she came up with a brilliant idea, She could save money if she eliminated the costumes of her female performers. It was a comedy, it was a musical, it was eye popping. It definitely was not Lion King or Book of Mormon. It was the kind of quirky theater we enjoy. We had great seats, third row center, though I didn’t see as much as I would have liked because Linda’s got so excited every time the costumeless girls were on stage that she kept waving her hand in front of my face. Deprived Bob. 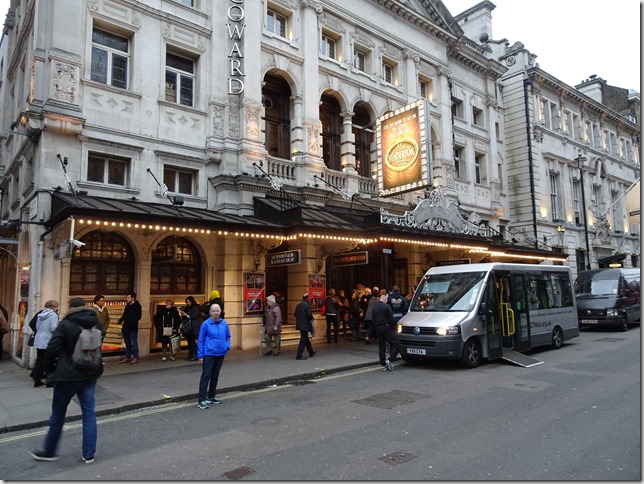 The Noel Coward Theater, with Linda resting the arm and hand that were busy throughout the performance. 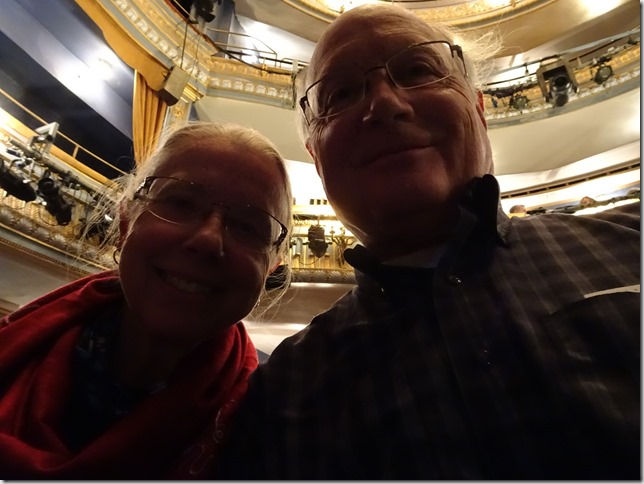 In the evening it was down to the Harold Pinter Theater to see Sunny Afternoon, the Oliver Award winning Musical about the Kinks. Our seats were in the third row right next to the runway. And to make them even better, the two seats directly in front of us in row 2 were empty. 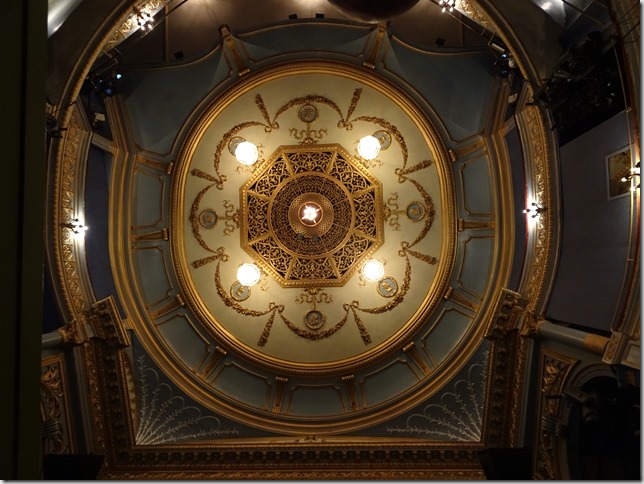 Looking directly overhead from our seats. 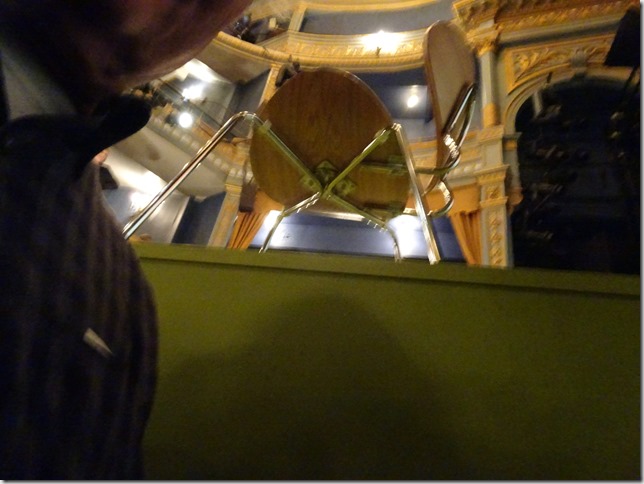 The action was often just inches from me. The side of the runway vibrated to the music when the Kinks really cut loose. Simply put, this is why we come to London and spend our time going to the theater. Repeated eye contact with the actors and actresses just a few feet away from you. It just doesn’t get better than this. Or can it? We don’t know but finding out will be awesome.