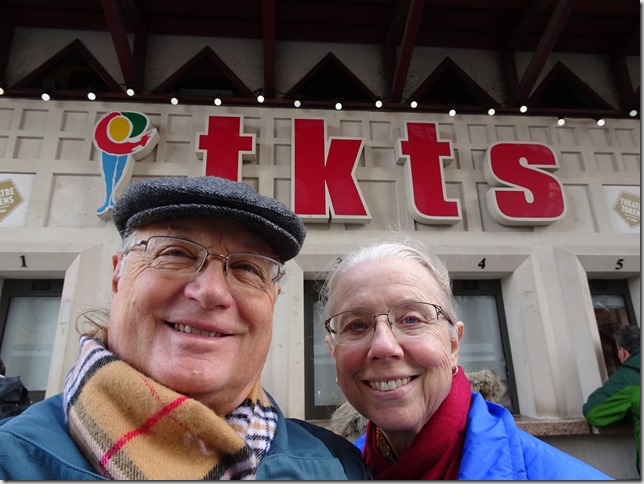 Selfie of the day. Back at the TKTS booth for more discount play tickets. We once again lucked out with seats near the center of the 6th row to see Beautiful - Carol King Musical tonight at a huge discount. Our method is simple, we ask for seats nearest the front in the stalls. The stalls being the equivalent of the orchestra. If they don’t have them for that play we have a list of others, though we almost always get great seats for the first one we ask for. 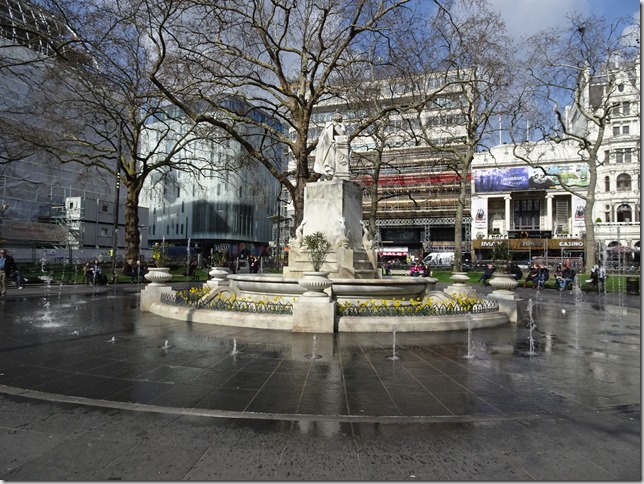 No rain, just the fountain in Leicester Square. 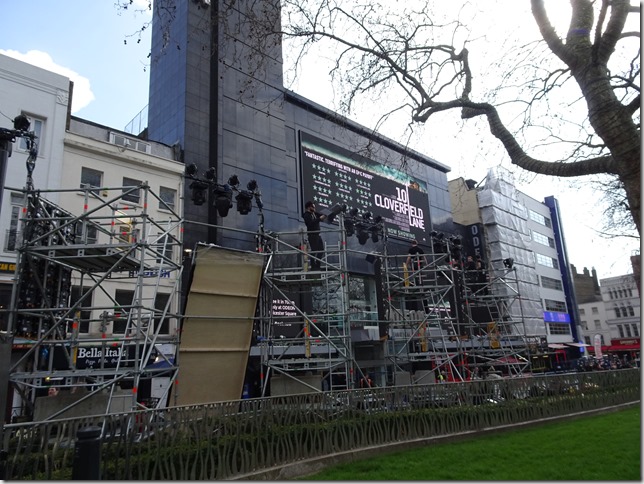 Setting up at the Odeon in Leicester square for the 22 March UK premier of Batman v Superman: Dawn of Justice. We won’t be in the area of Leicester Square tomorrow night, so won’t be able to report direct from the scene as we did for Eddie The Eagle for you cinema buffs out there. 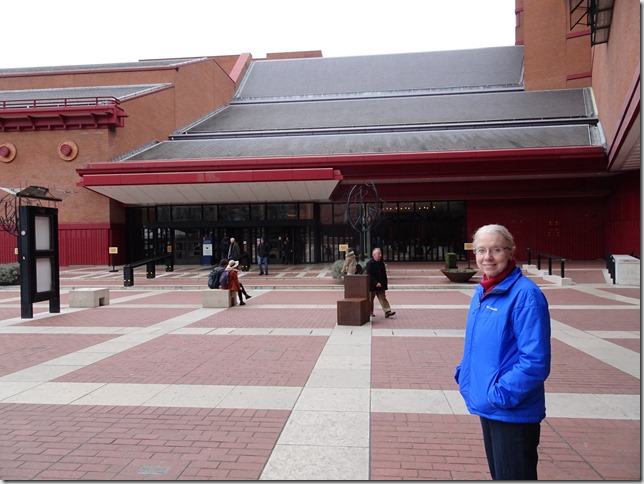 The British Library is not some stuffy old building, besides it’s what’s inside that counts. No photo’s allowed, but we spent over two hours in the Treasures room seeing everything from an original copy of the Magna Carta to original Beatle's lyrics, including Yesterday which was written on the back of an envelope and Hard Day’s Night written on Julian Lennon’s birthday card. That leaves out so many other awesome written artifacts, i.e., Fleming’s notebook with the entry when he discovered penicillin, the original score of the Hallelujah Chorus from The Messiah, and many, many more. It is always a must stop on our trips to London. 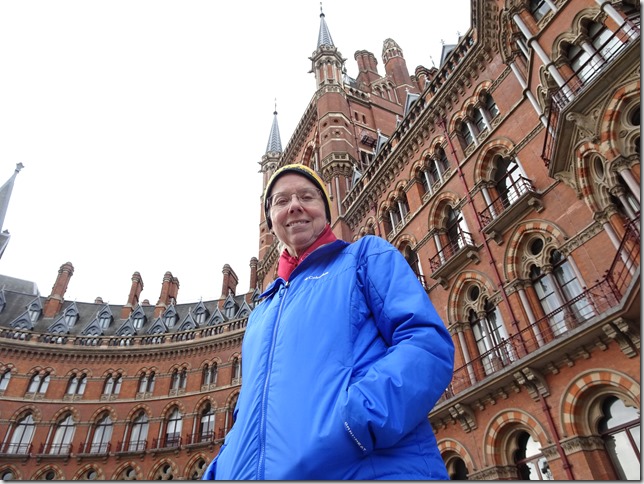 Just because the British Library is new doesn’t mean there are old things in the area, like this one for instance. Bad Bob. 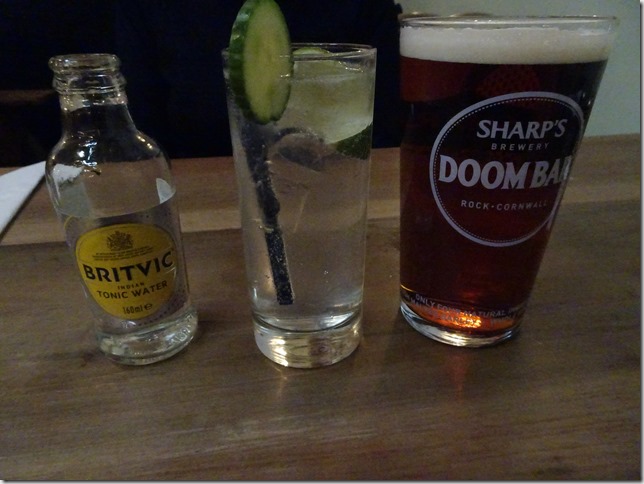 Speaking of old, we stopped in to The White Hart pub, the oldest licensed establishment in London for a pub lunch today. For the record, it was licensed in 1216, 800 years ago, and you know it has been around that long the drinks and food have to good. Before the food Linda enjoyed her double G&T made with a slice of cucumber. She loves cucumber. She loved the taste. Guess what will be in her nightly G&T when we return to the States. As for me, it was a barley ale that was spot on. They were both so good we had a second, though Linda only had a single this time. 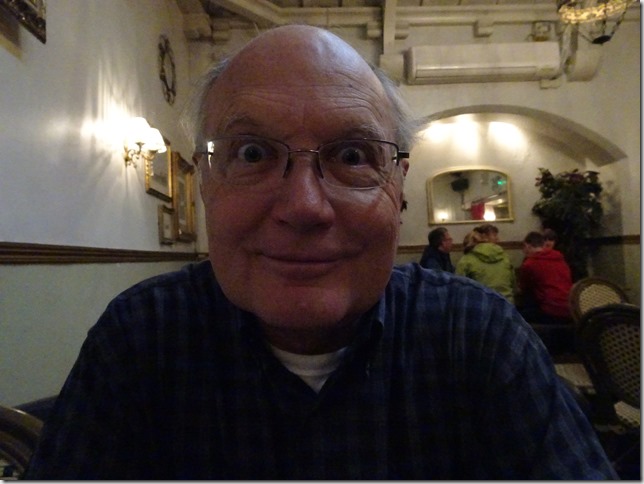 We were discussing which play to see tomorrow night and Linda mentioned Mrs. Henderson Presents. I had barely gotten over the shock of that statement when she said she really wanted to see Jersey Boys again. What Linda wants, Linda gets. 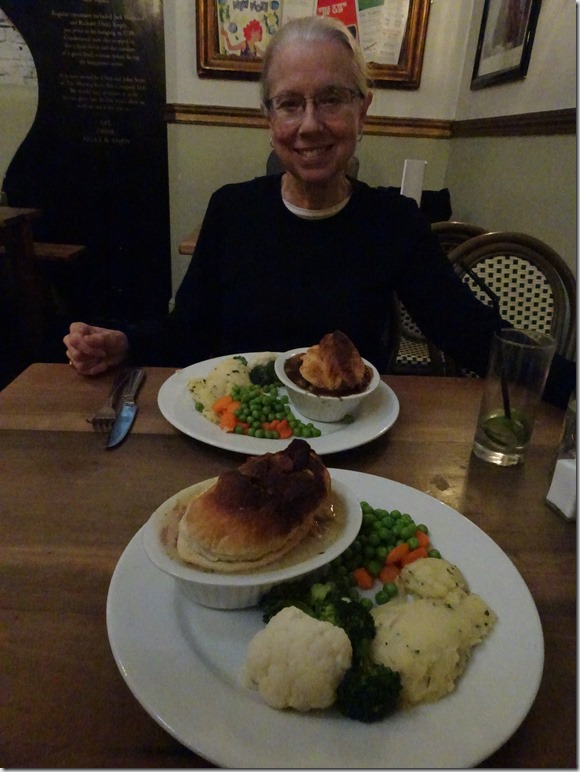 A steak and ale pie for Linda, a chicken and ham hocks pie for me. 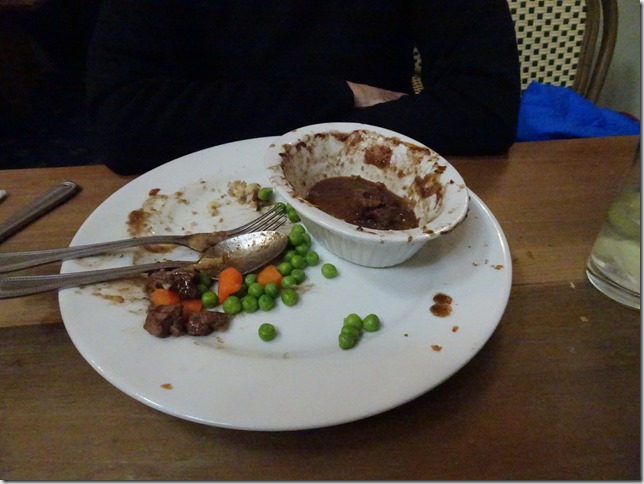 We shared dessert. I got two bites. 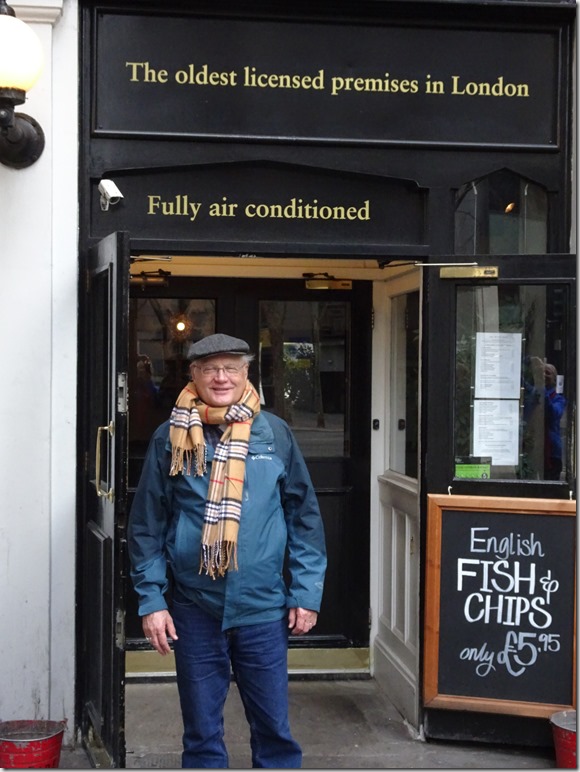 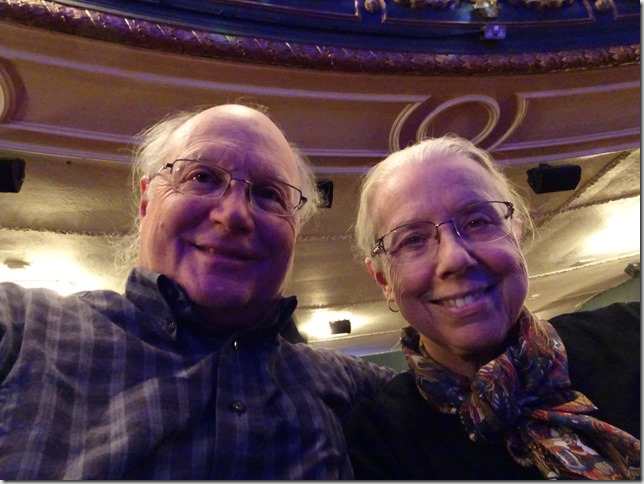 At the Aldwych Theater waiting for the start of Beautiful – The Carol King Musical. 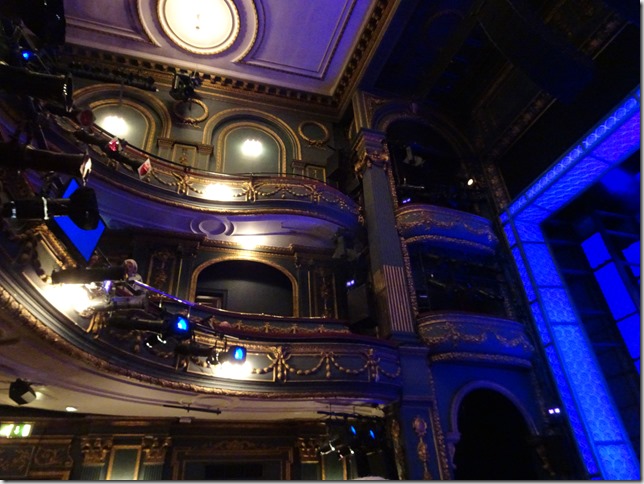 This really doesn’t show how ornate the theater is, but both the theater and the show were totally awesome. 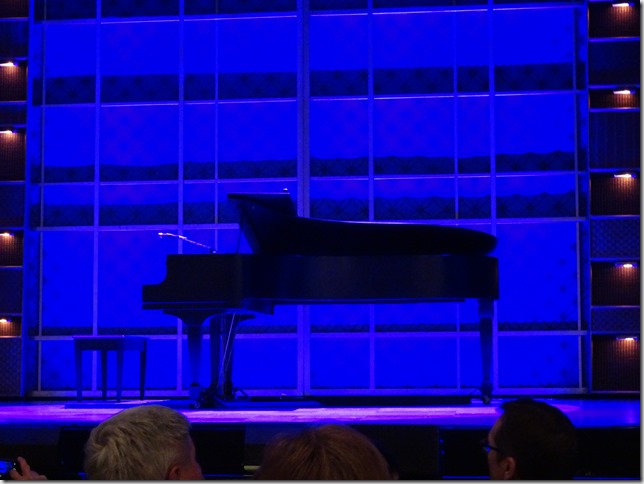 The opening set, which gave no hint as to what was come. Six rows back and just right of center, it was almost as good as it gets. We still have Kinky Boots to see, so we will wait to say which was the best musical until then.