We Took Tea with Harriet Today

A little rain during the night, but was another clear and warm day in Tassie. The thermometer may not read warm temperatures, but once the sun comes out it just feels warm. No wonder the people we meet are always smiling and happy, Tassie is like God’s little corner of the world. 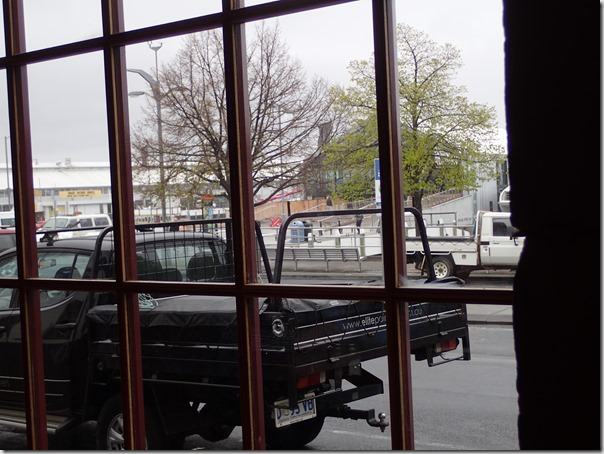 “Utes”, we see them everywhere. Occasionally we see the standard pickup bed used in the US, but these seem so much better. As Americans we often think we set the standard for the world and everyone copies us. Even in the States we have regional variations in many things. Travel exposes you to them. A sense of adventure gets you to try them. And an open mind allows you to accept them. 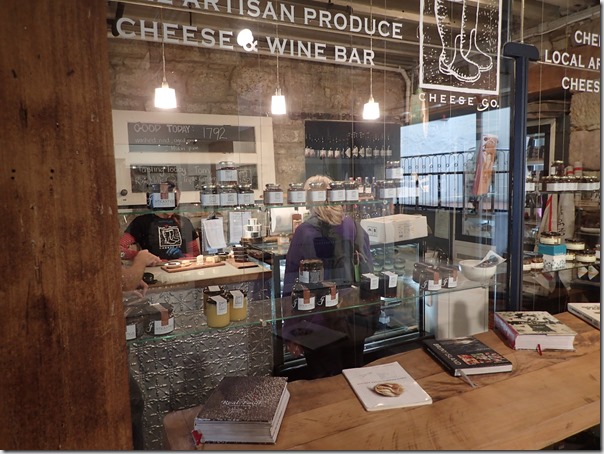 A tiny cheese shop in an out of the way place. Linda was on a mission this morning to buy a certain kind of Burney Island cheese. She didn’t know what it was called, but she knew she would know it when she tasted it. I didn’t ask her whether it was the first cheese she tasted or a later one, all I know is that she tasted every cheese they had before buying it. For all I know she may be part mouse. 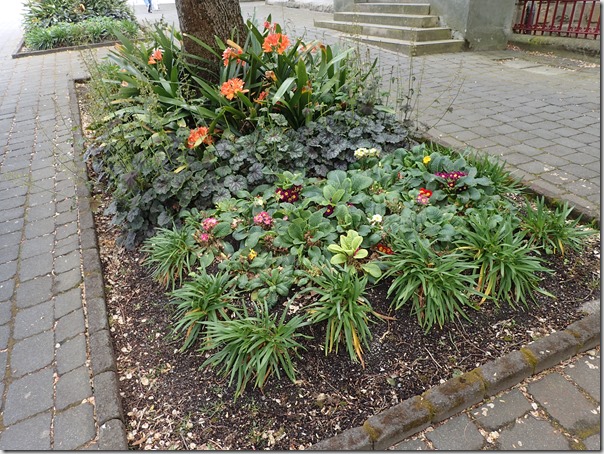 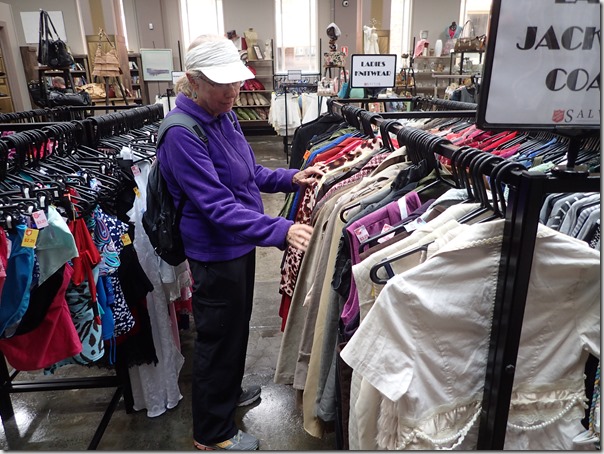 Shopping at the Elizabeth Street Salvos store. Linda said there were many items she could buy, the styles were just what she liked, and the prices were fantastic, but what to do with them if she did buy them. No it wasn’t some designer discount store, it was a Salvation army Thrift store. We tend to travel on the, “What is it? Let’s find out.” theory. 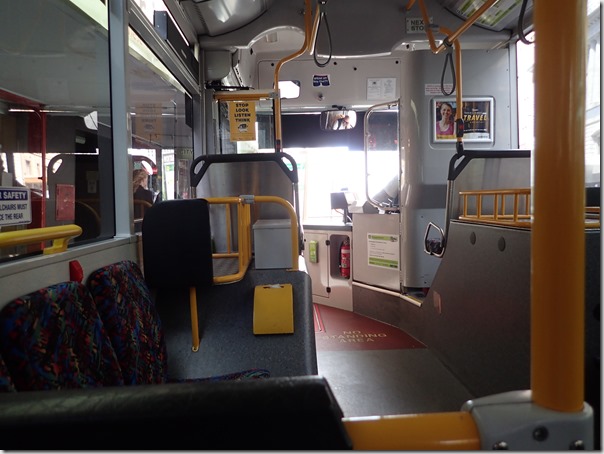 Another day, another trip on the bus. It is $3.10 to get most anyplace in the greater Hobart area on the Metro buses. An easy solution whenever Linda says it is too far to walk. 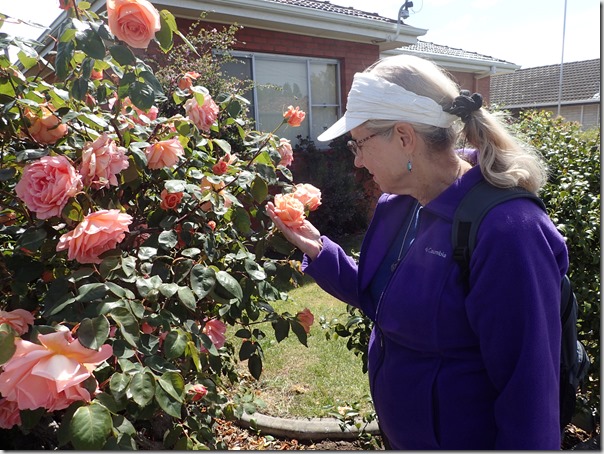 A residential area in North Hobart. We simply can’t get over the unbelievable profusion of flowers and greenery that seem to line the streets and fill many yards. 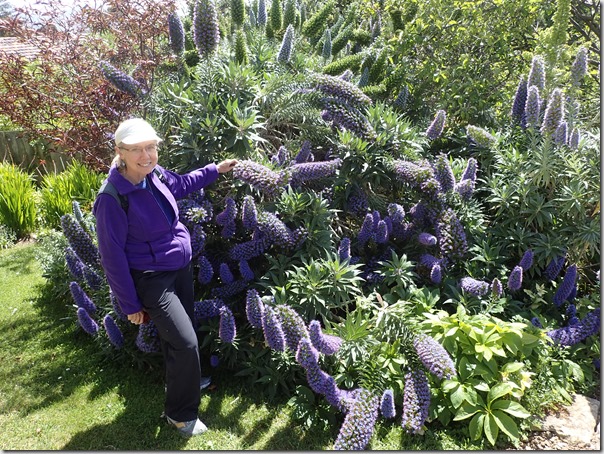 we don’t know what this common plant is called, but Linda knows to be careful when she gets close to it as it is usually alive with bees. 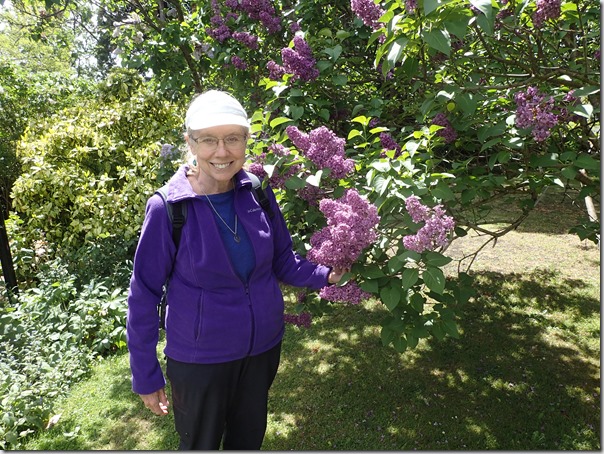 What is it with Linda and purple plants!! 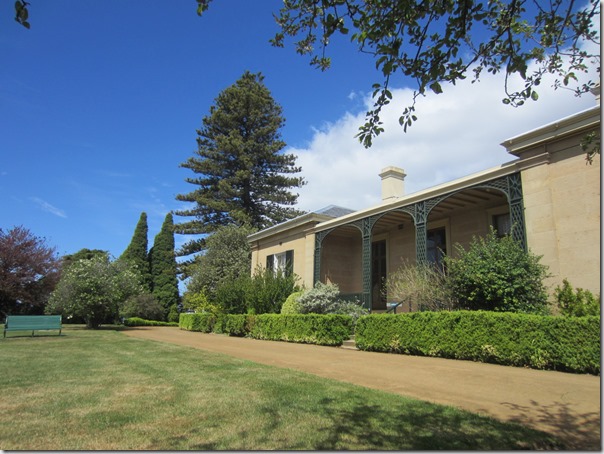 A visit to Runnymede, a 19th-century whaling captain’s home that has all the original furnishings. We walked the gardens before touring the interior and Linda just couldn’t get over the size of the 150 year old Norfolk Island Pine at the corner of the house. The small potted ones we find in the nurseries in the states don’t begin to do justice to how magnificent they can be. 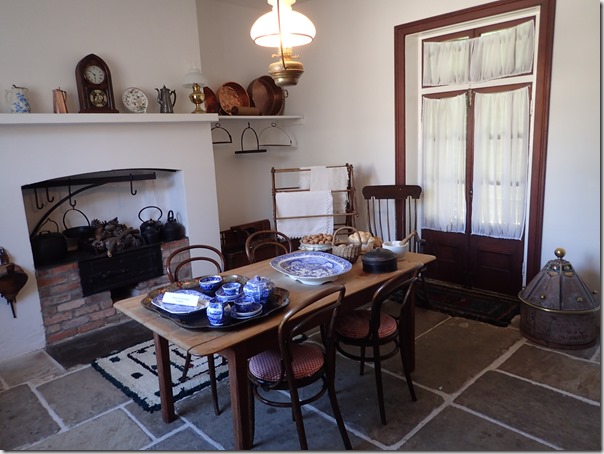 The tour took us throughout the rambling house and the national trust docent did a wonderful job of bringing Runnymede to life. 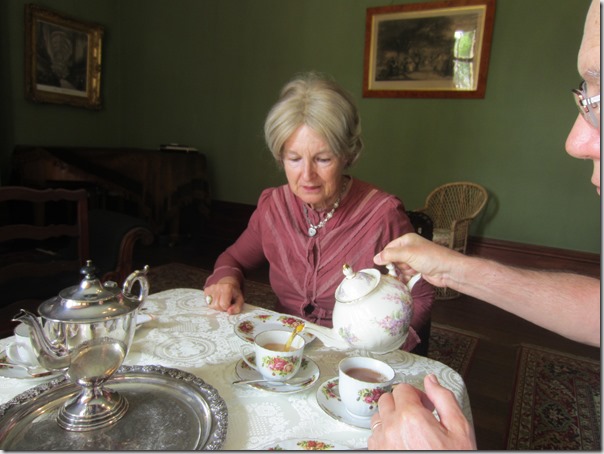 The highlight of our visit, and real reason we were her was what is known as Taking Tea with Harriet. Portrayed by the same actress who had portrayed Mary at the Tench a few days ago, it really was as if we were taking tea with the daughter of a whaling captain. The stories she told were the actual experiences of the Harriet Bayly who had grown up in this house, and had also lived most of her adult life here.

Six ladies and two men attended the tea, and as luck would have it I found myself in the chair to Harriet’s immediate left, not only having the perfect seat to hear her stories, but also pouring her tea for her. Once again, Sara N. Dippity, did a great job of being our guide. 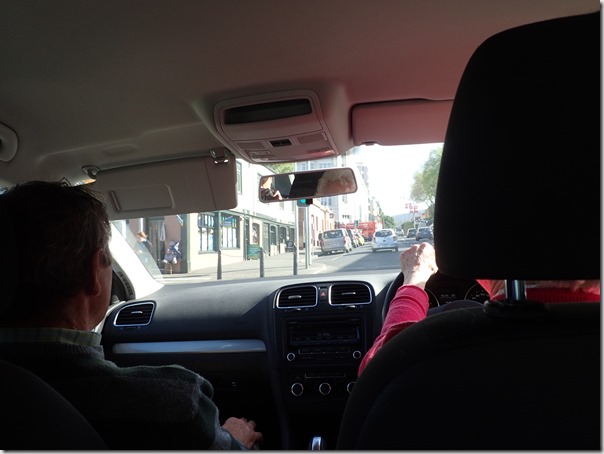 But Sara wasn’t through yet. As we were leaving the tea, a local couple, Martin and Sally who had been on the earlier tour with us as well as attending the tea, asked how we were getting back to our hotel. When we said we were taking the bus they insisted on driving us as it was on the way to their home in the hills overlooking Hobart. Experiences like this are what makes our travels so wonderful, the special kindnesses of strangers we experience along the way.

We can sit at home and dream, or we can venture out and do, the choice is ours.