A Food Tour and More Day

Today we went on the Gourmania City Tour, a moving feast of all things good in food in Hobart. There will not be any posting of the dozens of food photos we took, so it is okay to continue reading. I will say that this was the perfect introduction to the food scene in Hobart, and a must do for visitors. And special thanks to our good friend Judy who introduced us to the idea of food tours during our time in Paris last year. 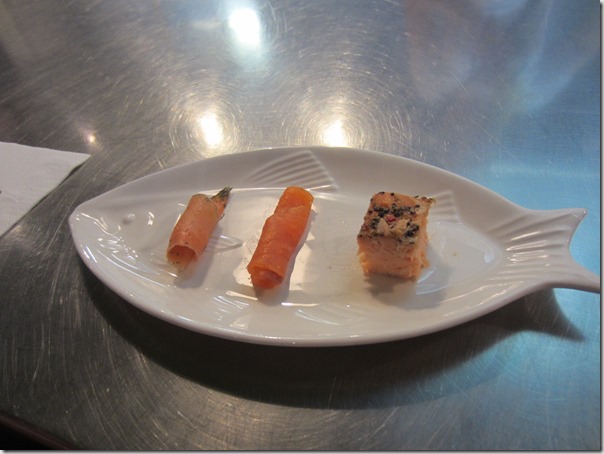 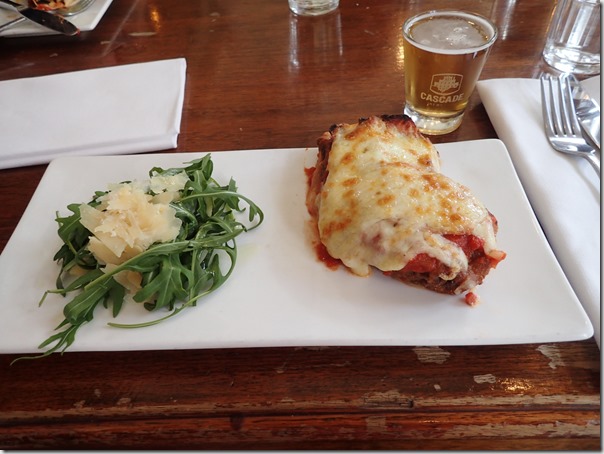 Tassie Wallaby Parmi and salad, wonderful pub food. Linda said she wouldn’t have ordered wallaby, but since all the foods on the tour were preselected by Mary, the tour leader, there was no choice. Afterwards Linda said she would have no problem ordering wallaby in the future. It’s okay to travel around the world and eat at McDonald’s or TGIF Friday’s for example. Just don’t expect anything but laughter from us if you do. 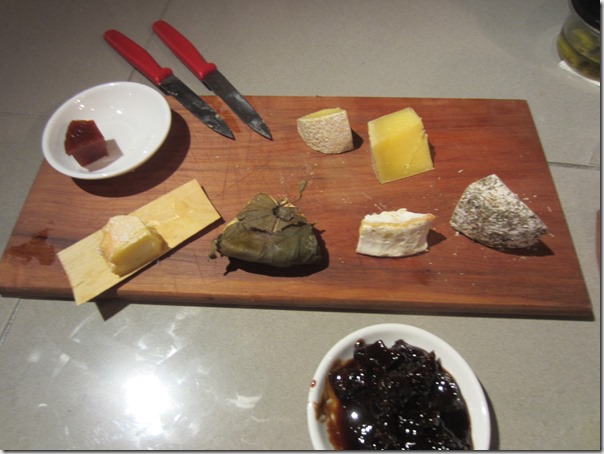 Long time readers know that Linda would only go on a food tour if it stopped at a cheese place. As you can see, this one met her criteria. and not only was there a wonder assortment of cheeses, it finished up with a taste of fig jam. In all there were ten places we stopped at during the tour so you can see, when I said I would be judicious in the number of food photos posted, I was telling the truth. To find out what the missing foods were you will just have to take a Gourmania tour the next time you are in Hobart. 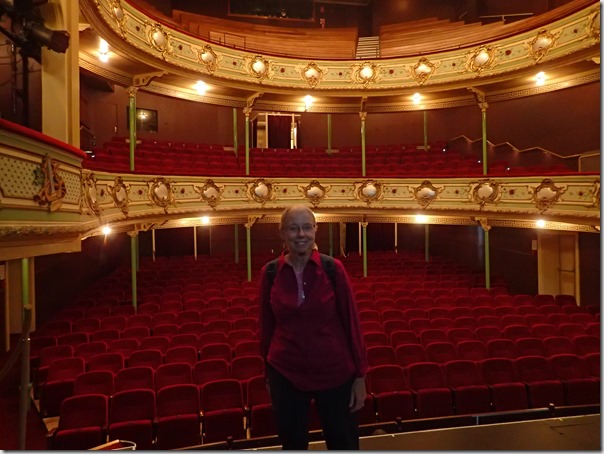 I know you are wondering who the lovely starlet is standing on the stage of the Royal Theater, but this is about the beautiful theater, not this beautiful woman. we were walking down a street and passed a sign in front of the theater that indicated the daily tour would be starting in a few minutes. obviously this was the handiwork of Sara N. Dippity, and soon we found ourselves mesmerized by the words of our tour guide. 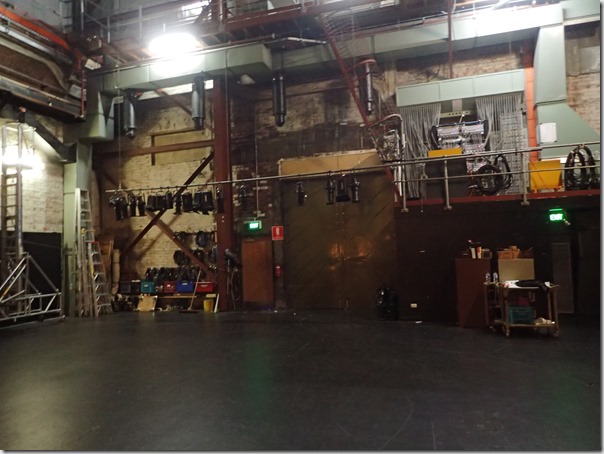 What is back behind all those curtains on the stage. A place for everything and everything in its place. The tour took us from the very bottom of the theater standing in the under stage orchestra pit, through the dressing rooms to the nosebleed seats and everything in between. 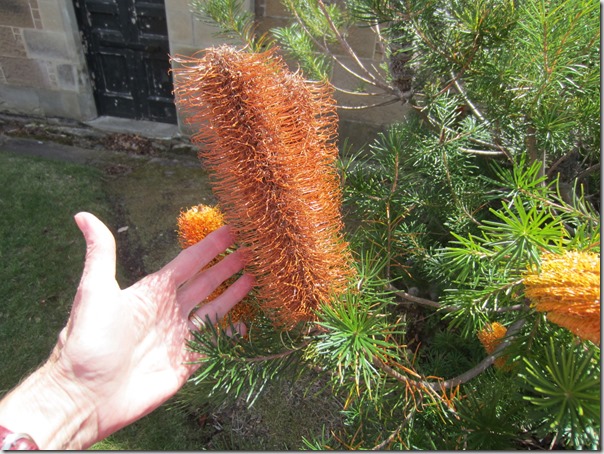 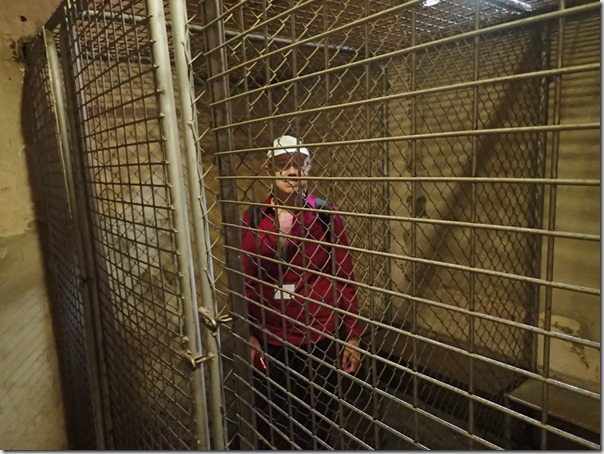 Another tour, this one at the Penitentiary Chapel Historic Site. Note the hardened woman prisoner safely behind bars. 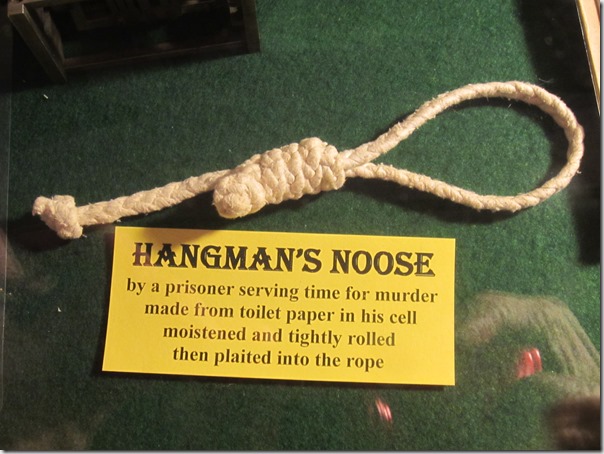 The placard says it all. 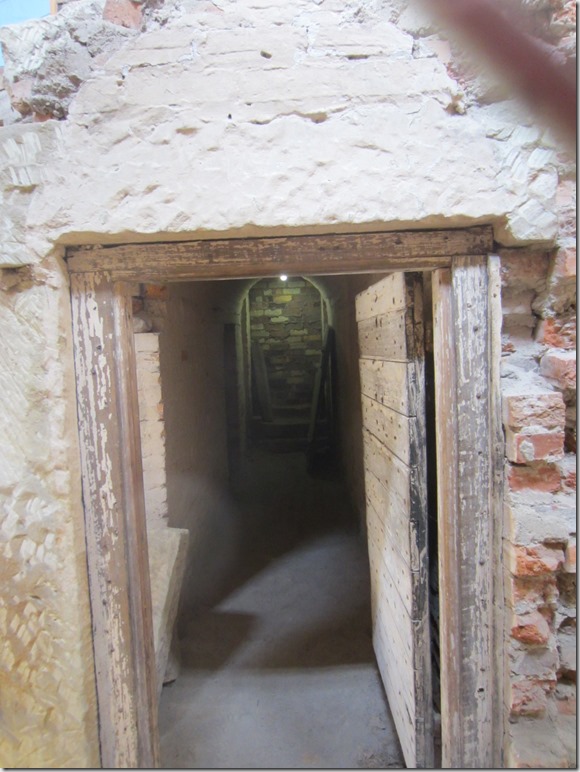 Even though most of the penitentiary was torn down after it closed, there were still a number of underground passage ways to be explored. 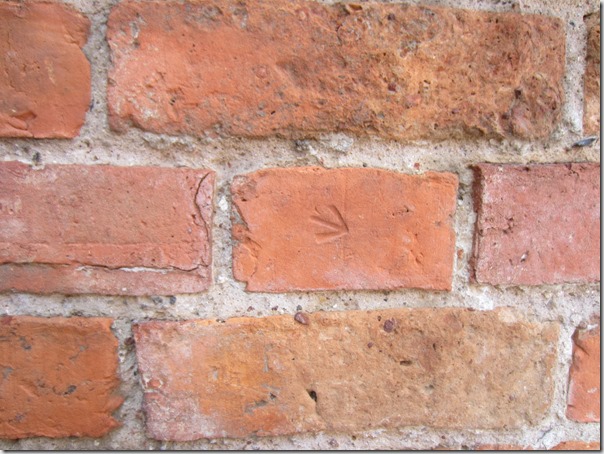 The arrow on the brick marks it as belonging to the government. As our guide commented, these marks are found everywhere throughout the older parts of Hobart. Some days we do more than others, this was one of those days.