Thank you everyone for the outpouring of love we felt from each and every one of you over the passing of our son, Rich.

One of the must see, must do things when in Hobart is the Salamanca Market. You could say that Linda and I did our part, not only in terms of attendance, but also in terms of contributing to the local economy. 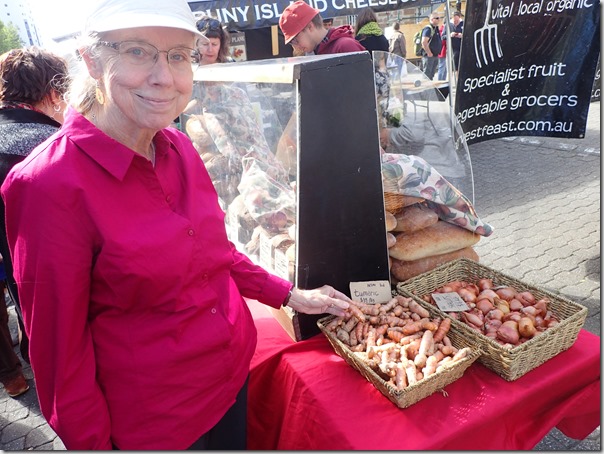 Linda takes a tumeric capsule everyday as an anti-inflammatory. As she says, backaches, hip and leg aches are a thing of the past. The capsules are fairly expense, but they work. In the market she found tumeric in the raw for $39 dollars a kilo. I joked they were natural capsules, the look I got suggested if they were to be stuffed down anyone's throat, it was going to be mine. Healthy Linda, Quiet Bob. 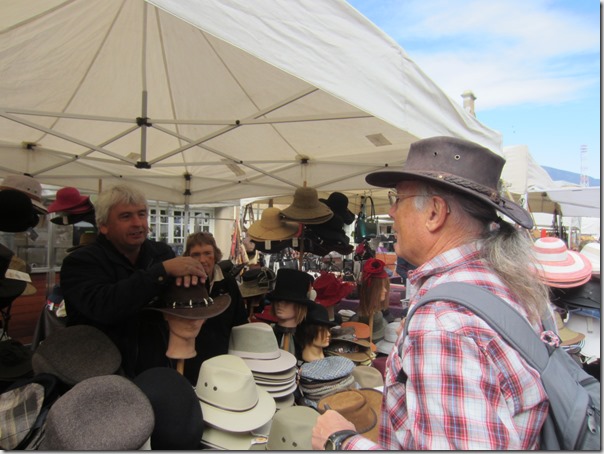 I have been wearing my Tilley hat, Linda had other ideas. For years I have looked for the right Australian style hat, and almost bought one before we came over. I had actually been carrying it around the store as we looked at other items, but at the last minute put it back. Today I was glad I had. 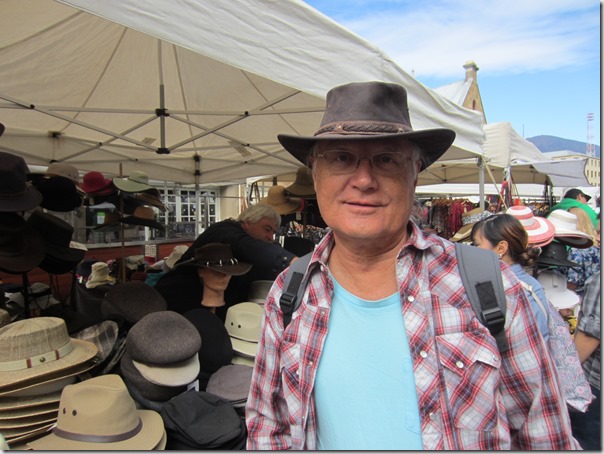 Linda picked this one out, saying it was perfect. How could I resist buying a genuine kangaroo leather hat after that compliment. We all got a laugh when I first tried it on, because I put it on backwards and the stall keeper was trying to get me to turn it around, but his accent was so strong I couldn’t understand. Not only was the hat the genuine article, so was the man we bought it from. Tassie Bob. 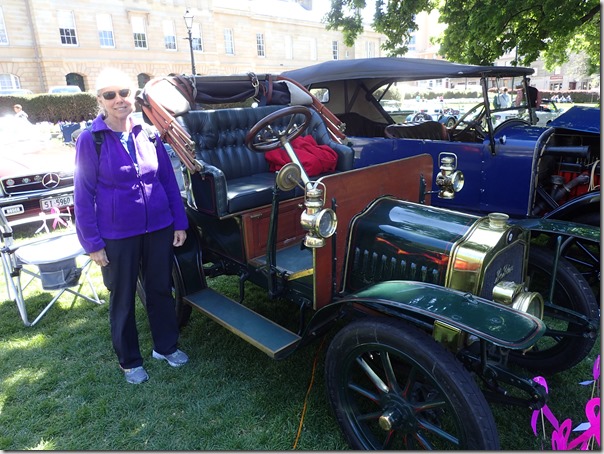 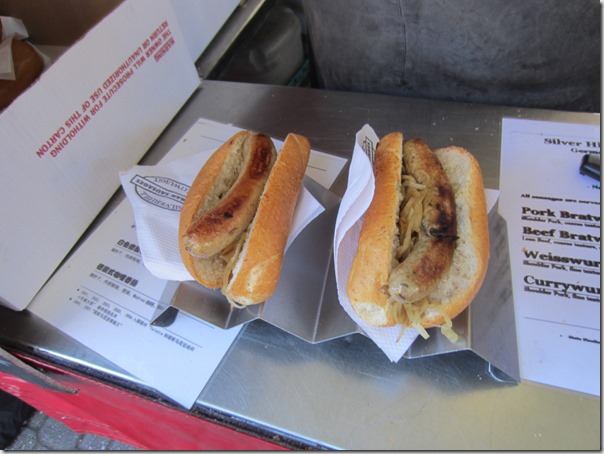 German brats with fried onions for lunch. What can I say, we’ve been eating Tassie food since we arrived, and Tassie is just like the US, virtually everyone here can trace their roots to some other country. Street food, it’s one of the things that makes travel so special. 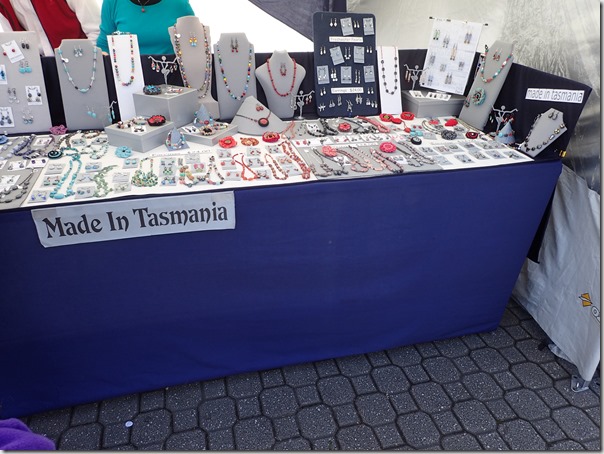 Almost every booth in the market was selling items from Tassie or the mainland. Tasmania is one of the six states of Australia, (there are also territories) and entire Island is home to only 515,000 people. They are exceeding proud of Tassie, and rightly so. It is easy to see why so many people come here and then never go back home. If we were younger, we would be one of them too, it is that kind of place. 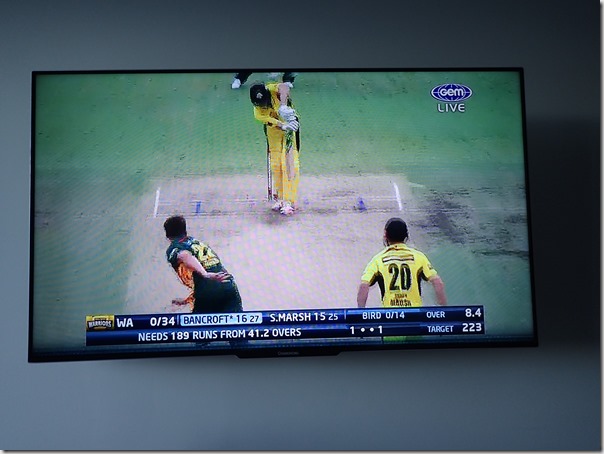 Relaxing in the evening watching a cricket match. Linda isn’t into cricket yet, but I like to watch. Maybe by the time we leave Australia I will understand the game. To date I have picked up cricket and wicket, other than that I am lost.

Remember: Life is not a dress rehearsal. Live every moment to its fullest.