A Hobart History and Food Day 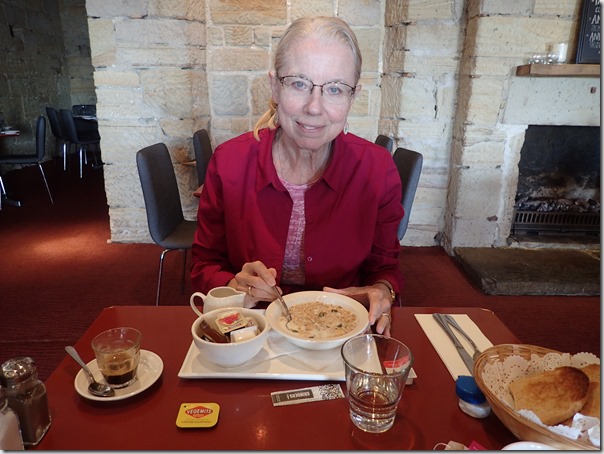 What the lady traveler had for brekkie. Muesli,  milk, toast and jams along with espresso. 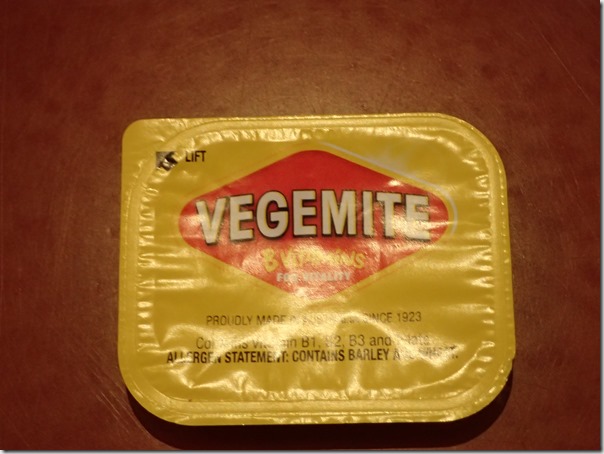 What my wife most definitely did not have with her breakfast. The restaurant manager was teasing her about eating this, saying that she had been here long enough now that she should be a good Aussie girl and eat her vegemite. You will note the top has not been lifted. Guess I don’t have to be concerned with her running off with any of these good looking men around here. And if she did they would probably quickly kick her out when they learned for her aversion to vegemite. Unworried Bob. 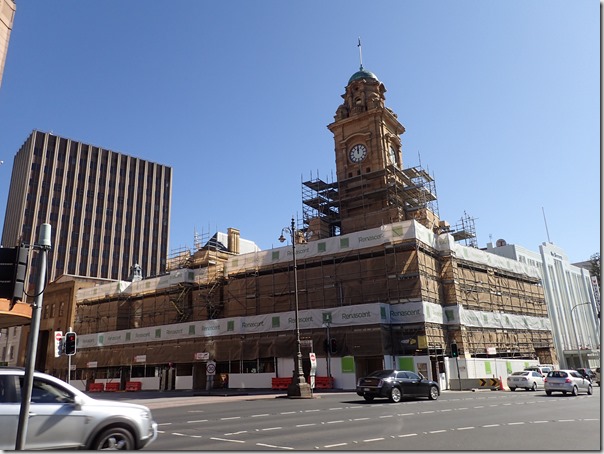 Linda had some postcards for the grandkids she wanted to mail so we headed up to the post office. It is one the most spectacular buildings in the city, or least it would be if it wasn’t sheathed in scaffolding. Lucky us, that means we will have to return to Hobart again to see it when the work is completed. 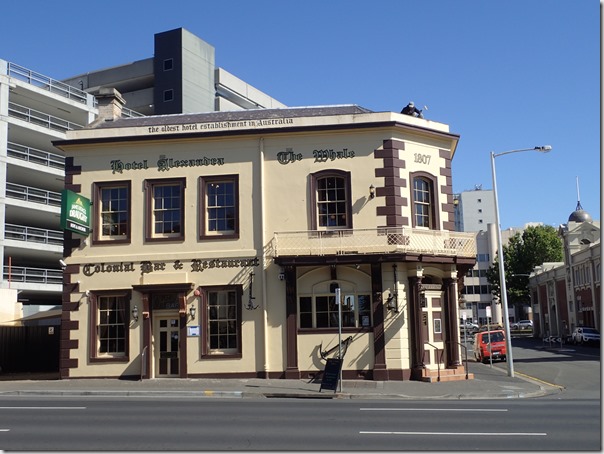 The sign says it is the oldest hotel establishment in Australia. The date on the front is 1807. 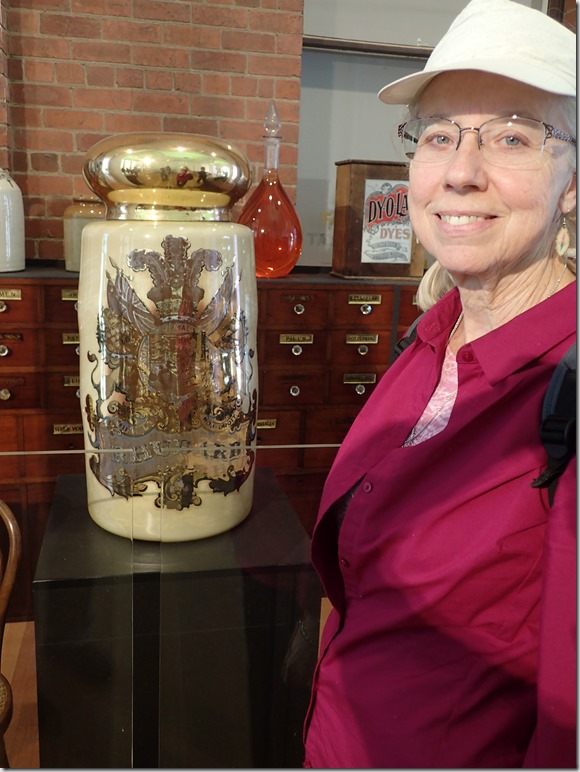 So just why is Linda looking so happy standing next to a large ceramic container? 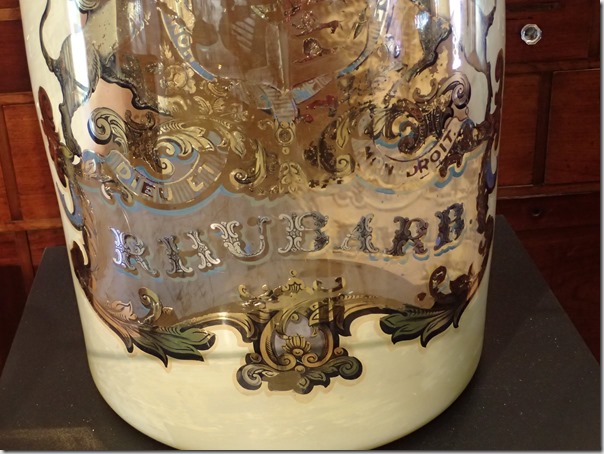 We were in a section of The Tasmanian Museum and Art Gallery that featured an exhibit of an early chemist’s shop. Had she been sick in those days gone by maybe they would have prescribed one of her favorite foods as a curative. 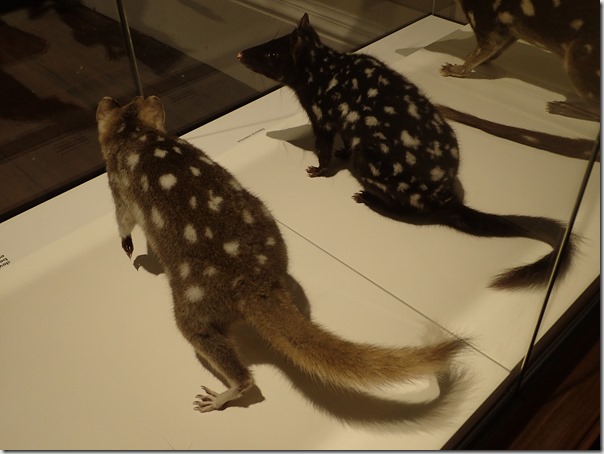 Quolls in the natural history section of the museum. 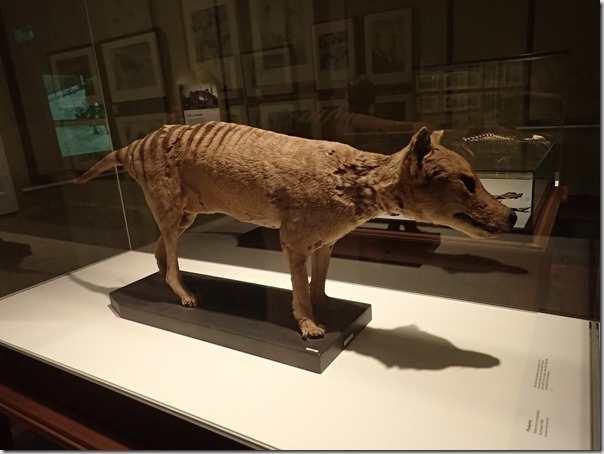 A Tasmanian Tiger. A threat to farmers and ranchers, it was hunted to extinction, the last one dying in a zoo in the 1930’s. 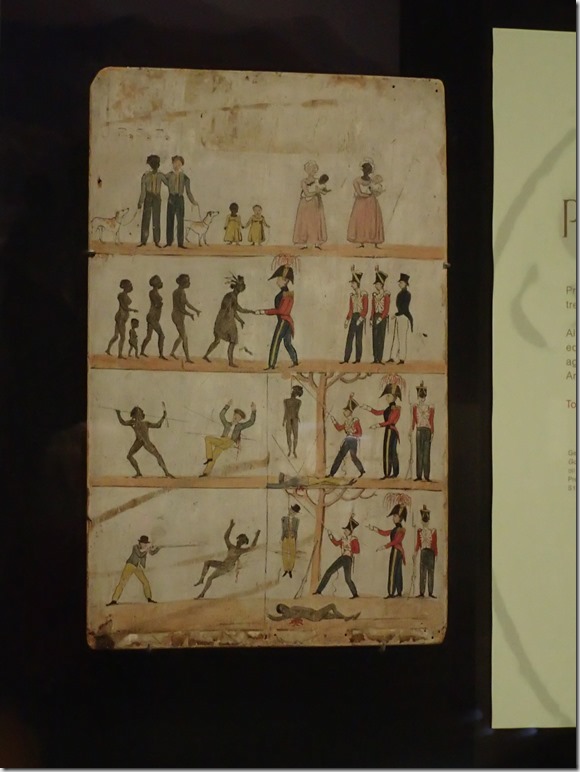 Posted in areas where Tasmanian Aboriginal peoples lived in the early years of the colony, it was meant to convey the aborigines and white face settlers and also the white face soldier should live in peace. If an aborigine killed a settler he would be hanged. If a settler killed and aborigine the settler would be hanged. There sign below that said while aborigines were hung for killing settlers, no white settler was ever hung after killing an aborigine. 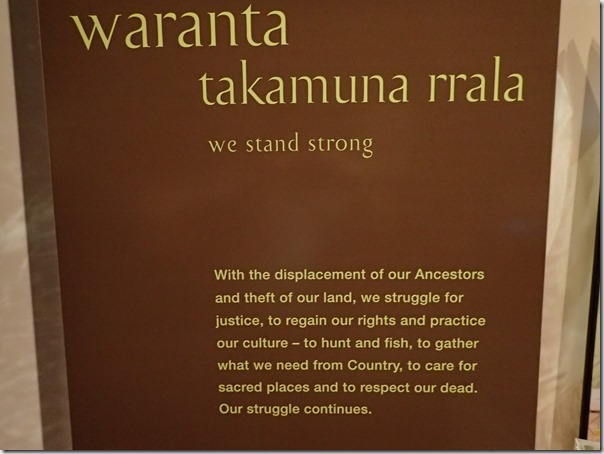 The treatment of the Tasmanian aborigines parallels what happened and continues to happen to Native Americans. The more we travel the more we see things that are the same. 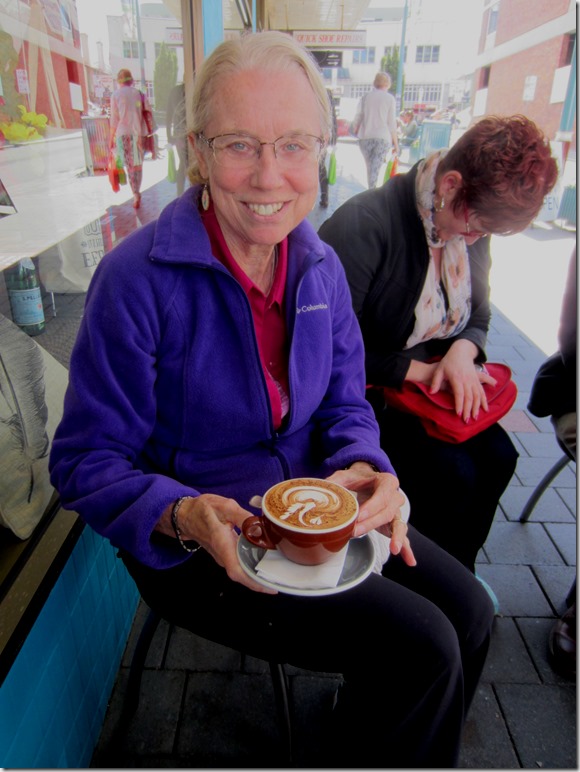 Another afternoon, another food tour, what can I say, our stomachs and taste buds are really enjoying Tasmania. 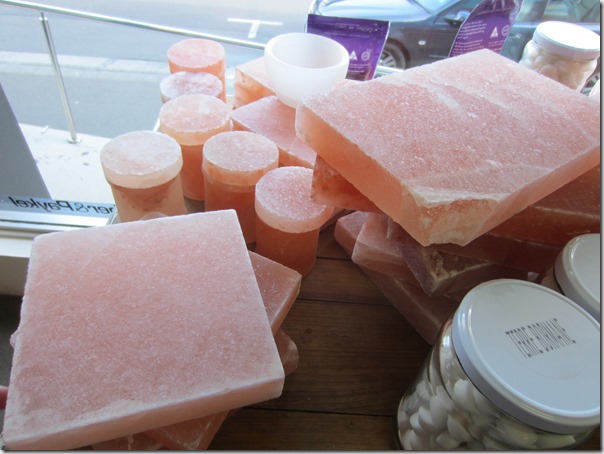 We can see our friend Judy drooling over this. Himalayan pink salt blocks. Place one in the freezer to get it very cold, take it out and use it to serve cheese. Or heat them and use them to serve hot food. We learn something new every day. 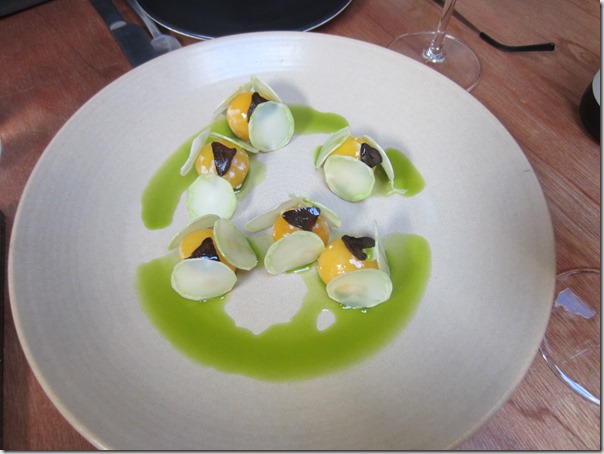 Cooked duck egg yolk, paper thin sliced broccoli stem, slow roasted garlic in tarragon infused oil. Not something either of us would have ever ordered, now remembered as one of the very best dishes we have ever had. 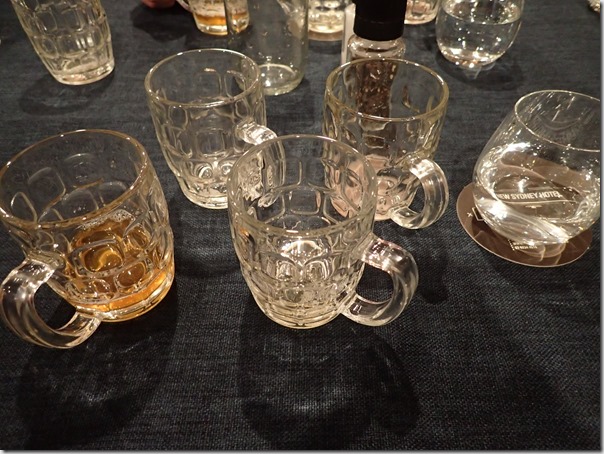 The remains of our cider and ale tasting. Tasmanian cider has it all over the cider we drank in Normandy and Brittany last fall. For the ales, I prefer those in England. Linda suggested I had it backwards. I should drink the cider in France and the ale in Tasssie which would put a natural limit on how much I drank. I have to say, there are times I would rather she not watch out for me.