It was Also a Laundry Day

Sorry to be so late posting this, we are getting back into normal travel mode and there was more to do than there was time to write so I’ll keep this short or I’ll never get caught up. 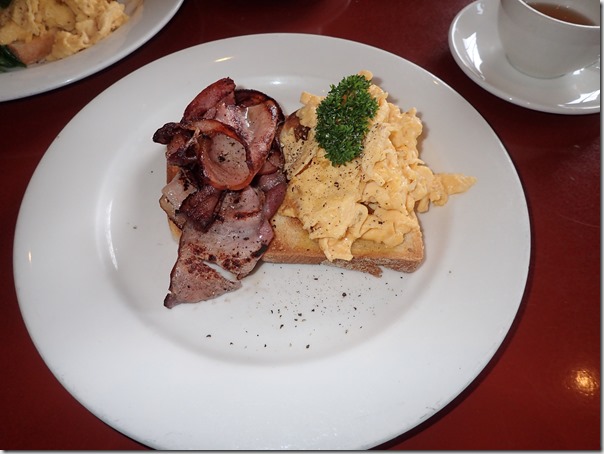 My brekkie this morning. 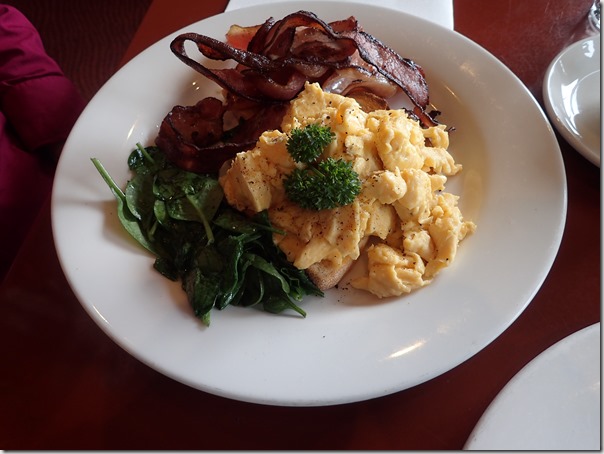 Linda’s monstrous pile of food. Why does she say I eat too much when she eats more than I do? I know she’ll object to that so just to clarify, I do eat part of her food every morning. What can I say, I love parsley. That should keep her happy now that I’ve admitted to eating part of her huge pile of breakfast food. Smart Bob. 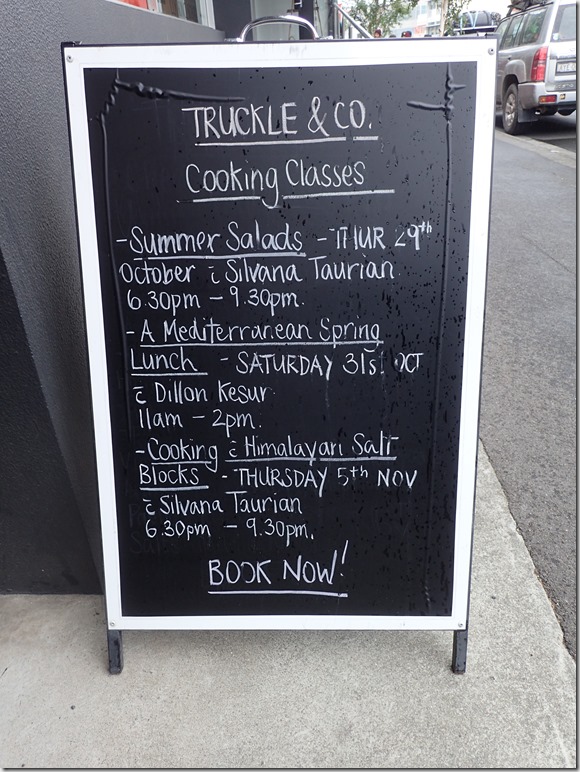 Had a long walkabout this morning and saw this sign in front of Truckles, the cheese shop that has the pink Himalayan salt blocks. If we were staying another week we’d take the salt block cooking class. 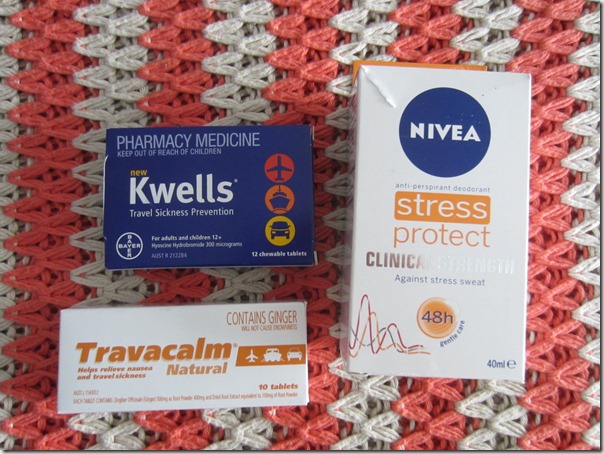 During our walkabout we stopped at a chemist shop so Linda could purchase a few necessities. Some claims were made about the level of stress I seem to introduce into her life and therefore the need for increased deodorant protection. And I thought I’d been on my best behavior. Come to think of it, I have been my best behavior. Poor Linda.

A keen eyed observer may have also noticed she purchased Kwells and Travelcalm, and thereby concluded I am a most disruptive influence in Linda’s Life. Most assuredly that is not the case. Linda had counted the number of air travel days and added to them the number of waterborne transportation days and concluded the partial semi-trailer load of Dramamine she brought along for the trip was going to be inadequate.

They do not have Dramamine down under, and nothing with whatever the active ingredient in it is, either. They do have Kwells and Travelcalm, which as you can see, we now own a small supply of. She dithered quite a bit as to whether to buy them or not, but in the end she decided they must work or they wouldn’t sell them. Time will tell as to the legitimacy of her purchase decision. 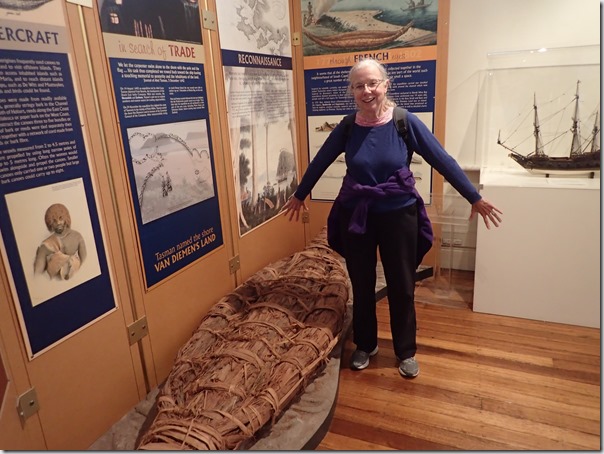 Another stop we made was at the Tasmanian Maritime Museum. Rafts such as this were used by the native peoples of Tasmania to cross bodies of water. Linda is demonstrating how the crossing was made. The men, children and goods were on the raft. The women swan alongside the raft propelling it. Maybe all the years of training I’ve given her on how to be a proper wife are finally paying off. In your dreams Bob, in your dreams. Fact is she is demonstrating the form she would like me to use while I propelled the raft she would be sitting on. 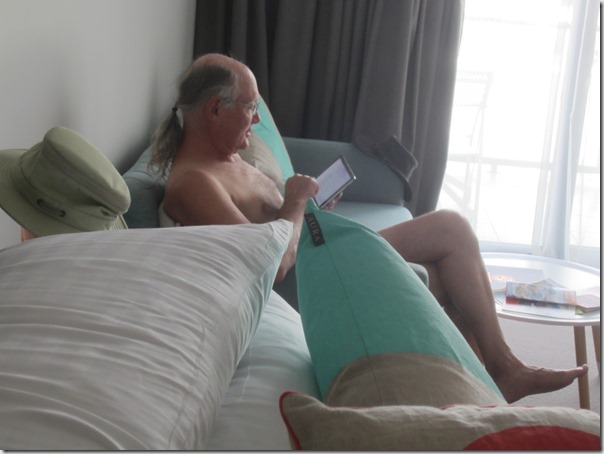 Linda decided to today would be laundry day. When I asked her how much of our “stuff” she was going to launder, she said all of it. I was so busy playing with my Tab I forgot to watch and see what she wasn’t wearing when streaking to the laundry room. Something tells me that would have been a sight to behold.

Life is short, never be afraid to love and laugh.