We Looked For Ghosts Today

Thinking of our friends and neighbors in Retama as the rains from Patricia continue to fall. There is hope for you as it is already the next day here in Tasmania and the sun is out with not a cloud in the sky. Not to make light of their situation, but it does look like we picked a good time to travel half way around the world. 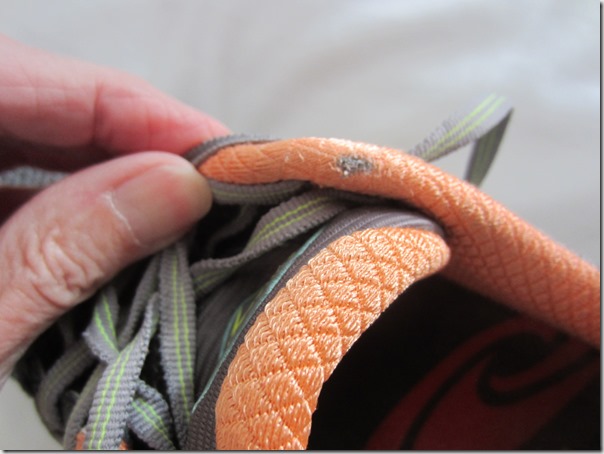 The neat thing about being married to an Appalachian hill girl is that I never know what I will find when I download the photos off her camera. It is the difference between men and women. While Linda worries about a wear mark on her shoe, I worry about more important things, such as, does the café we are eating at have Bundaberg Ginger Beer or not. 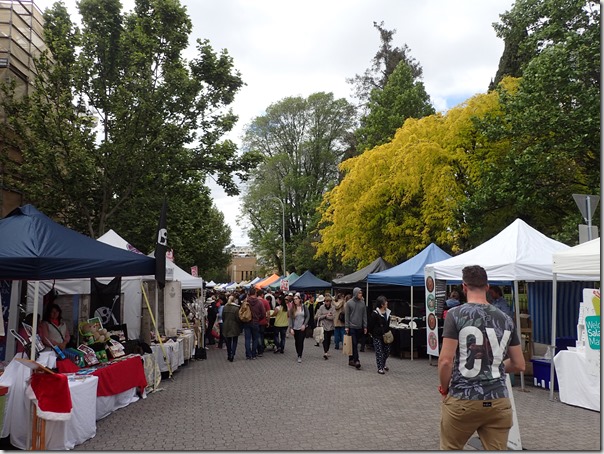 The Saturday morning Salamanca Market is just a couple of minutes from our hotel, which means it is easy to get there before the crowds arrive. 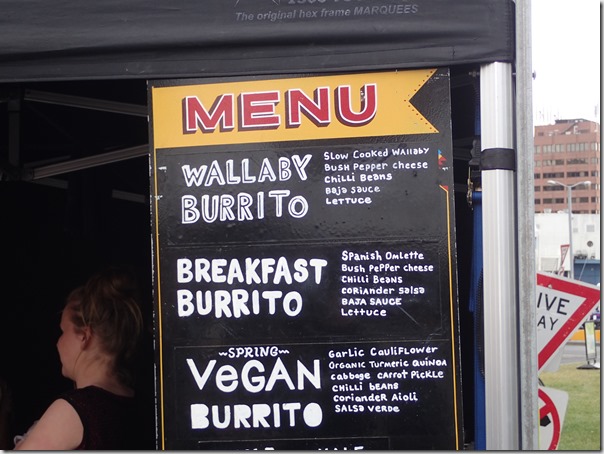 Unfortunately we had eaten breakfast before walking over or we could have enjoyed a wallaby burrito to start our day, or maybe they had the breakfast burrito especially for visiting Texans. As the saying goes: When in Rome, do as the Romans do. 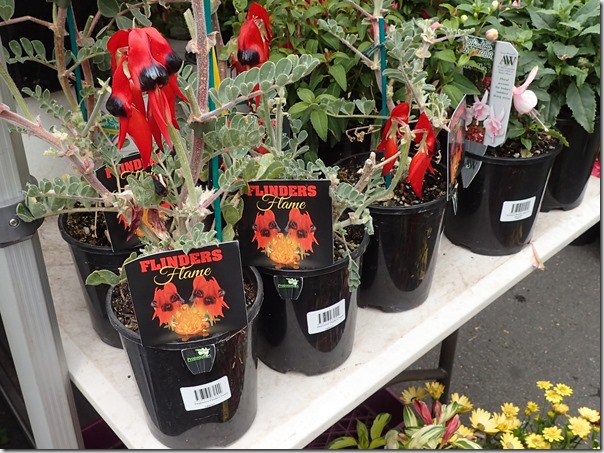 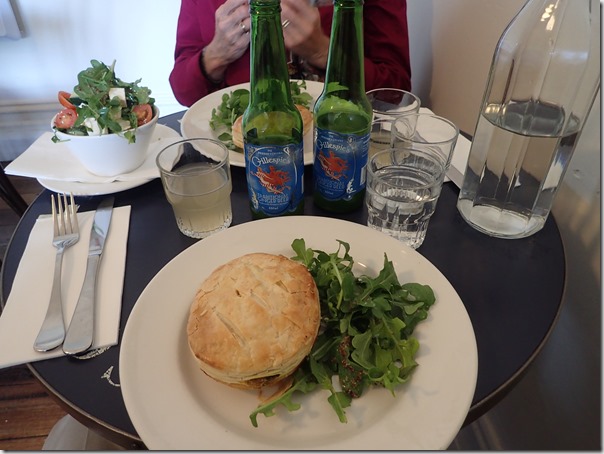 Lunch, scallop pie, is there anything else, and ginger beer. We are sure going to miss Tassie. 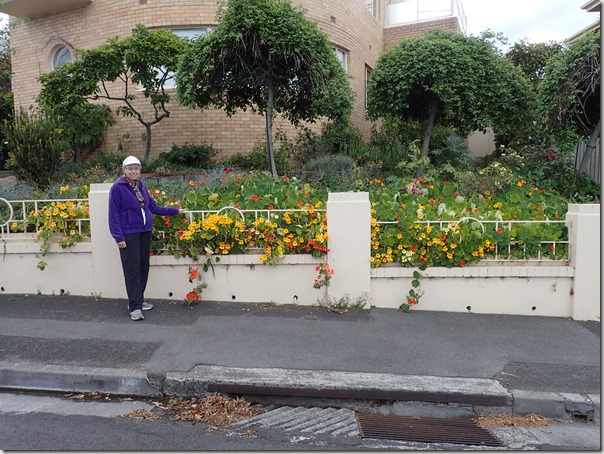 A riot of nasturtiums on Battery Point. 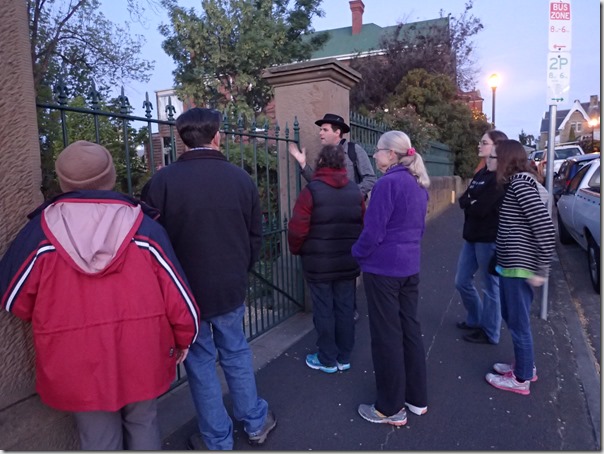 A little evening tour around Battery Point, but what are these folks looking at? 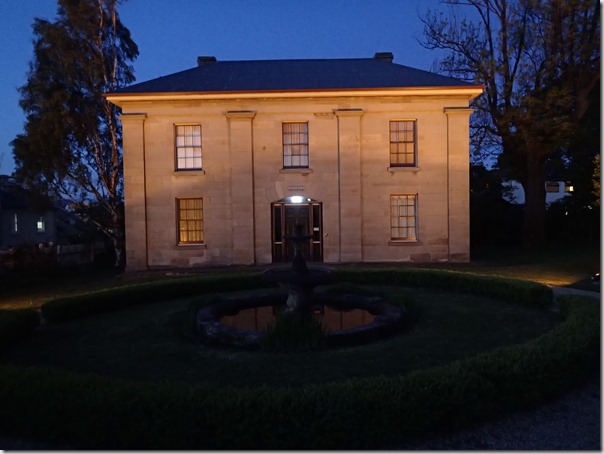 A pregnant young woman was murdered in this house by being pushed down the stairs. It is said any young woman who stands at the top of the stairs and feels intense pain is pregnant. So what were we doing here? We were on the evening ghost tour. 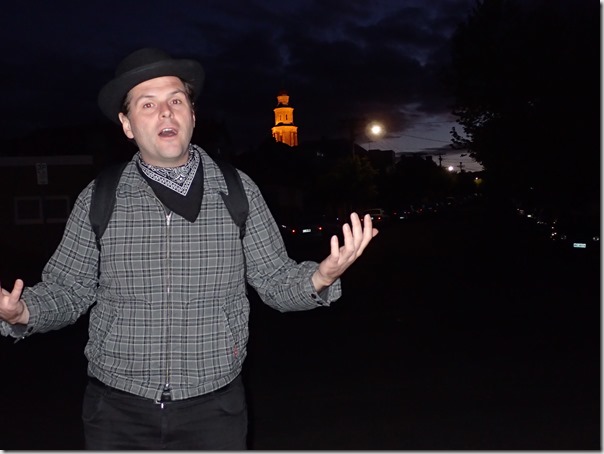 No, its not a ghost, but is the leader of our tour, and the stories he told at the different places we stopped at were most interesting. 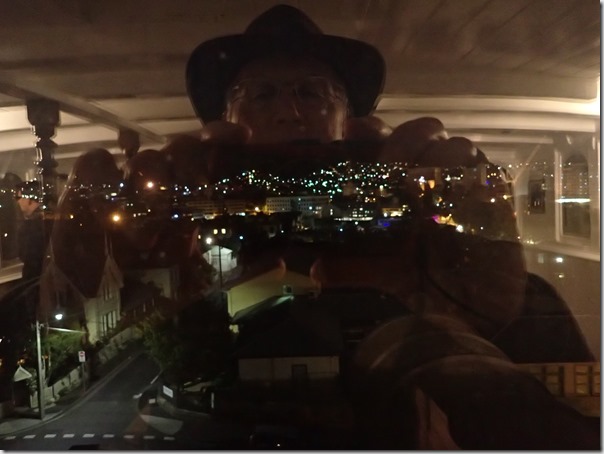 Did we see any apparitions or signs while on the tour? Sometimes you never know what will turn up when you look at the photos you took. 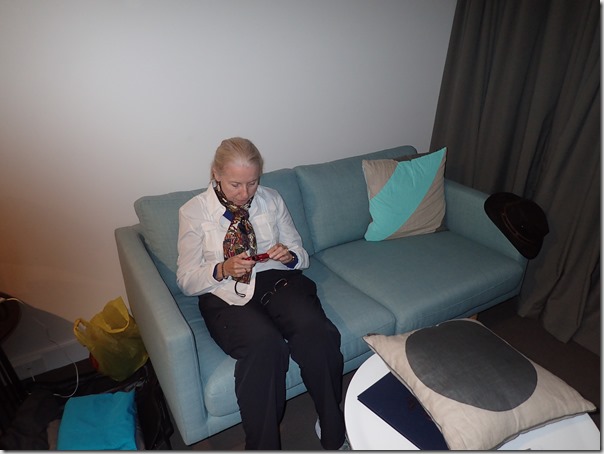 Back at our room Linda immediately began looking at her photos looking for she knew not what. 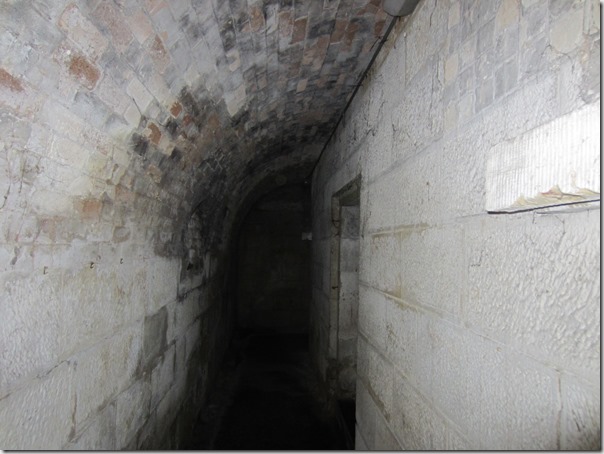 Visiting the tunnels that are below battery Point, We took many photos as did the other people on the tour. Linda sees an orb in the upper portion of the dark area in this photo. She had other photos that also showed something. Real or imagined? Light and shadow or a reflection? What is there is in the mind of the person viewing it. After tonight we can say that whether or not one believes in the supernatural, going on this ghost tour was so much fun it will be on or list of things to do in other locations in the future.

I’ll end today with the following from George Bernard Shaw: “You see things; and you say, ‘Why?’ But I dream things that never were; and I say, ‘Why not?’"