It was the world’s longest regularly scheduled flight on the world’s largest passenger aircraft. Quantas flight QF 8, Dallas/Fort Worth to Sydney, 8,577 miles, 16 hours and 50 minutes on an Airbus 380-842. Linda sits on the aisle, I sit by the window, the seat between us is unoccupied. It made for a relaxed flight and and when I woke up once during the night I discovered Linda was laying down across the two seats. Since crossed the International Dateline we left on Friday and arrived on Sunday, with no Saturday. Note the huge tail with the kangaroo in the distance that dwarfs the other aircraft. The look of a person who has spent almost 17 hours in the air. We left DFW in the dark and arrived in Sydney just as the sun was coming up. Along the way we had dinner, a pizza snack and breakfast. Other than the pizza which had a slightly soggy crust, the food was very good. And trying to be on my best behavior and knowing there will be dozens of food photos over the next few months, neither of us took a photo of the meals. Good Linda, Good Bob. 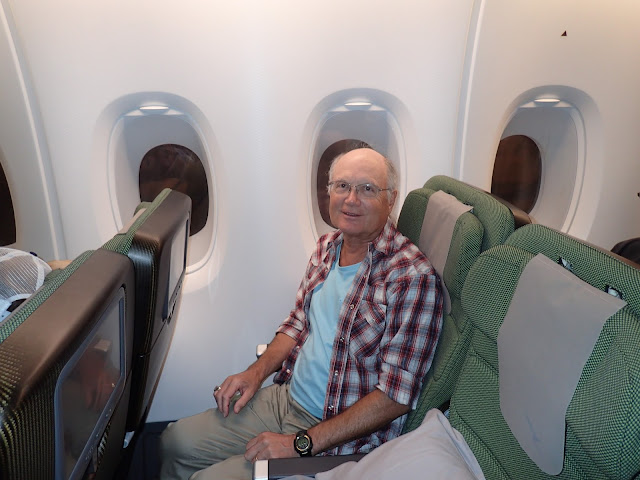 The first glimpse of Australia. This has been a lifelong dream of mine. Linda said it was one the first things she remembers me talking about after we met and it had been become our dream. All our kids knew it and where so excited when we said we were finally going. Many years ago when our son, Rich got out of the Marines, he gave us an envelop which a large check in it, a brochure of Australia and a note that said he wanted to help make sure we got to Australia someday. That day was today. 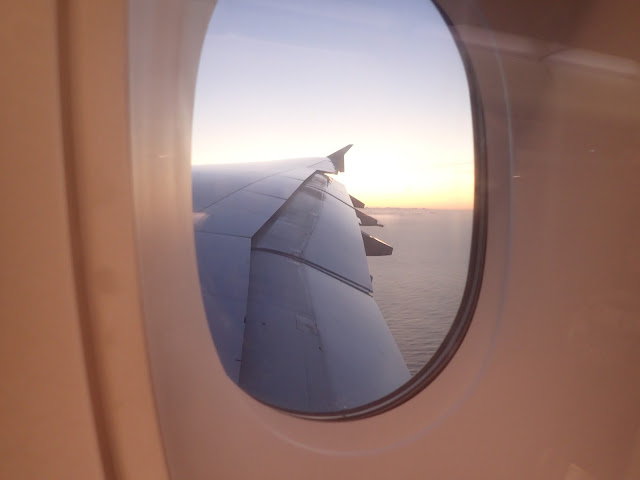 We had separate seats on the flight from Sydney to Hobart. While I read A Town Like Alice on my Tab, Linda listened to music. Well, she did have a minor interruption when a piece of the overhead compartment above her head fell off, dangling from one end an inch or so from her head. One of the men sitting beside her tried to put it back up but it came off in his hand. They finally gave it to a flight attendant who was serving the snack and beverages. It was kind of comical because she had no idea what to do with it either. Note the long opening above Linda. 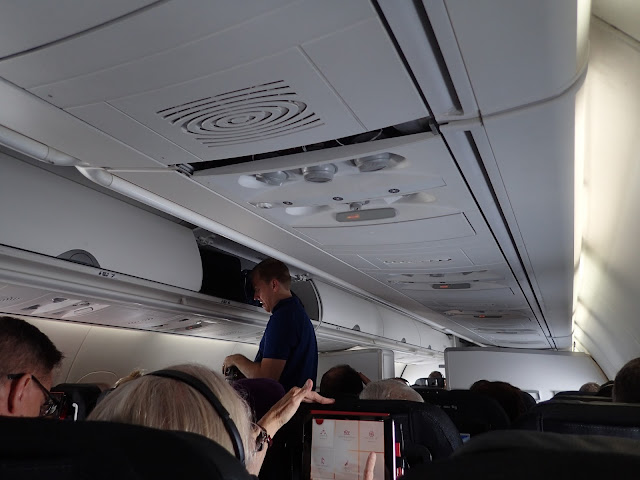 As we stepped of the plane in Hobart, the Capital of Tasmania, there was a cool breeze under sunny skies. As always, we had only carry-on luggage, 15.2 lbs. for me and 16.4 lbs. pounds for Ms. Bring Everything but the Kitchen Sink. Just kidding Linda, just kidding. Once you learn how to pack light it is easy and it leaves plenty of room in the luggage trailer for the luggage of those who do take the kitchen sink. 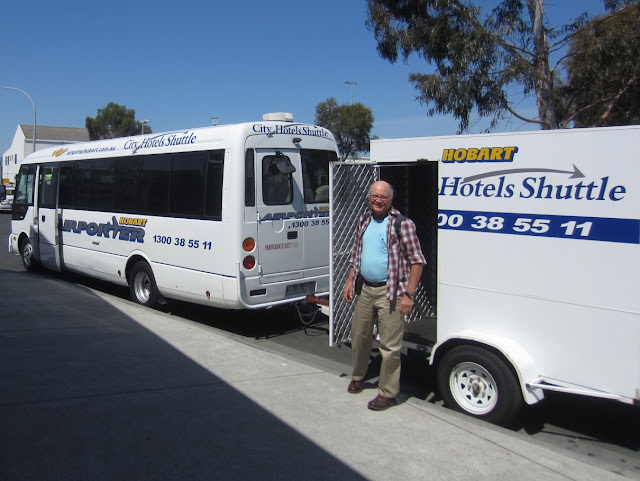 Our hotel room, it’s bigger than it looks. The room we had originally reserved wasn’t ready, mostly because there was someone still in it when we arrive. They upgraded us to this one which has two levels and a balcony that overlooks the harbor. 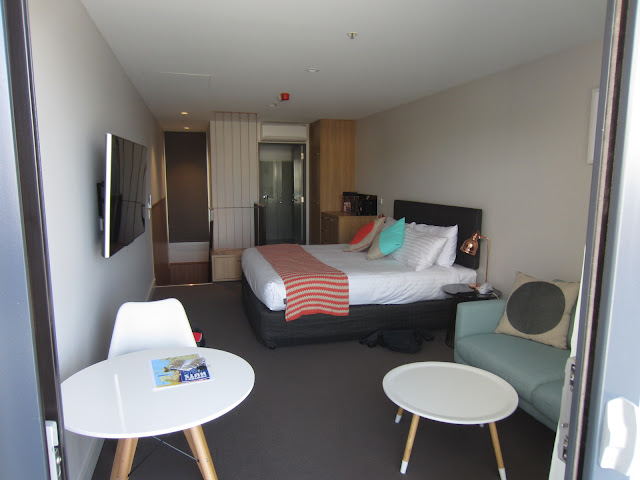 Our first walkabout. The Hobart waterfront is an amazing place. An antique steam driven crane behind me and an a building above me with rather unique wind turbines atop it. 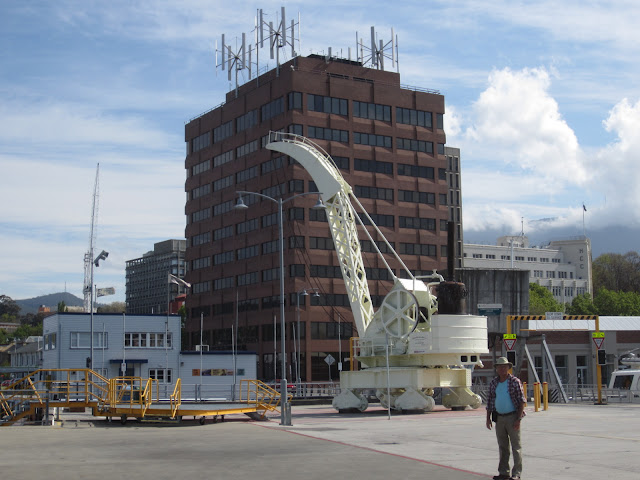 By 6:45 pm we were both out of it, the 16 hour difference in time from Texas is going to take some getting used to. More tomorrow.
Posted by Bob and Linda at 6:37 PM