The saying, “Never judge a book by its cover,” could also be applied to historical sites. The name of the site we visited today was Cascade Female Factory, which in no way conveys the horrors that were perpetuated there. In the first half of the 19th century thousands of woman, most with small children, were “transported” to Australia. Coming the poorest classes and convicted of seemingly petty crimes, Cascades was often their destination. 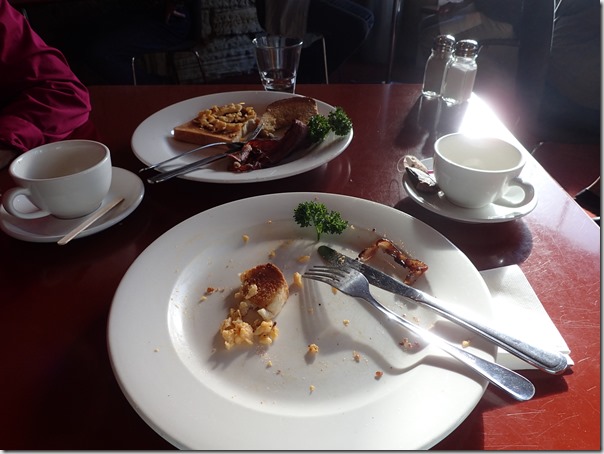 Today we eat a hearty breakfast, scrambled eggs on toast with bacon on the side. At the Female factory breakfast was a quarter pound of bread and pint of thin watery soup with a tiny amount of meat and a few bits of vegetables in it. The evening meal was the same, with the noon meal having an additional quarter pound of bread. In reality they were living on bread and water. 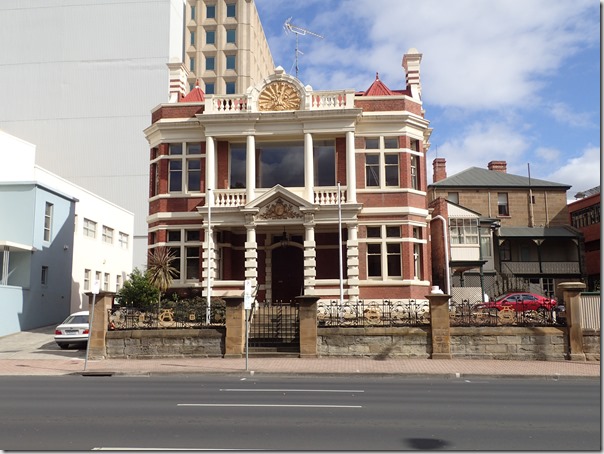 Nothing to do with the Female Factory, just a 19th century in Hobart on the way from our hotel to the Female factory. 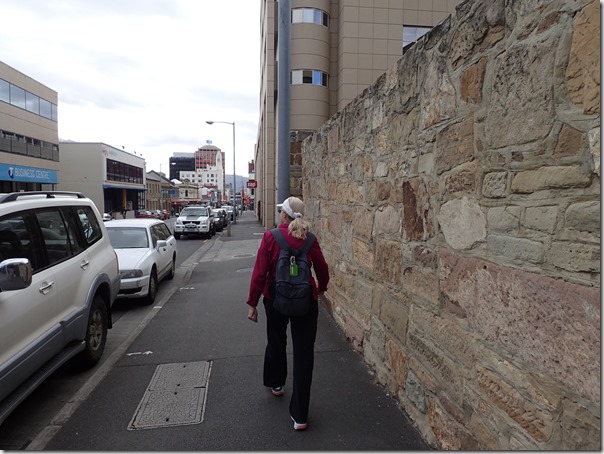 The women were marched, along with their children to the Female Factory from the docks where the ships landed, in the middle of the night. Because there were nine men in Hobart for every female, the night march sought to prevent incidents.

The woman of today walking along this convict built wall tells a different story. When we left our hotel the sun was out and the morning warm. Ten minutes later the sky filled with clouds and the wind came up. We hadn’t brought our jackets, so we returned to our hotel to get them.

For the women who made this march in the 19th century there was no such luxury, and as soon as they arrived at the Female Factory, which was a nice name for what it really was, a prison, every bit of clothing was taken from them and they were given a single article of clothing, a course woolen dress, to wear. In addition all their hair was cut off. such was an English prison at that time. 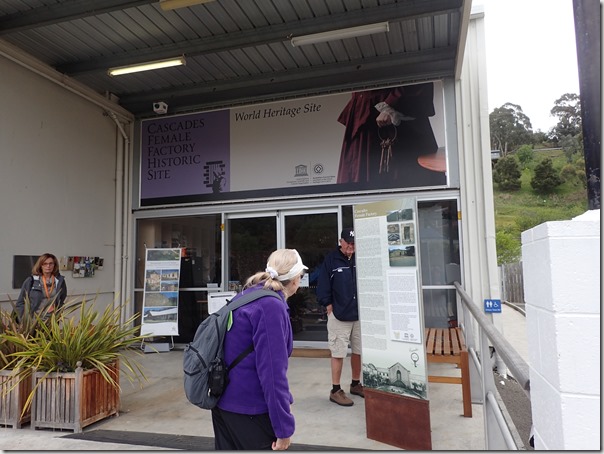 Time has not been kind to the prison, with just the wall standing except for one small building. That in no way detracts from the story it tells, but if one visits one should take a tour rather than wandering the grounds reading the signs. 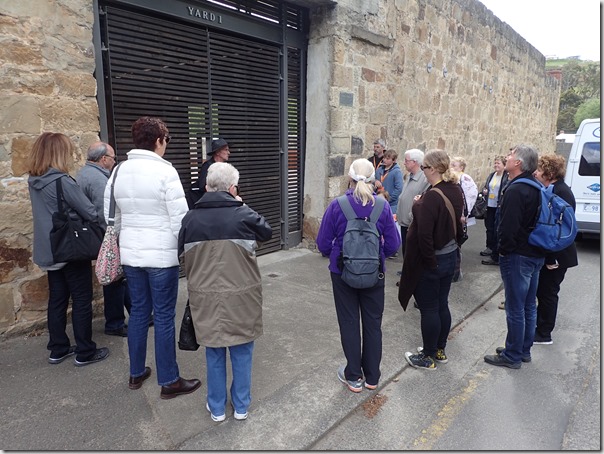 John, our tour guide did a fantastic job of bringing what once had been to life. This has to be an absolutely must do for anyone visiting Hobart. Cascades was not only a female prison, it quickly became the only female prison in all of Australia. A word comes to mind to describe it: horrific. 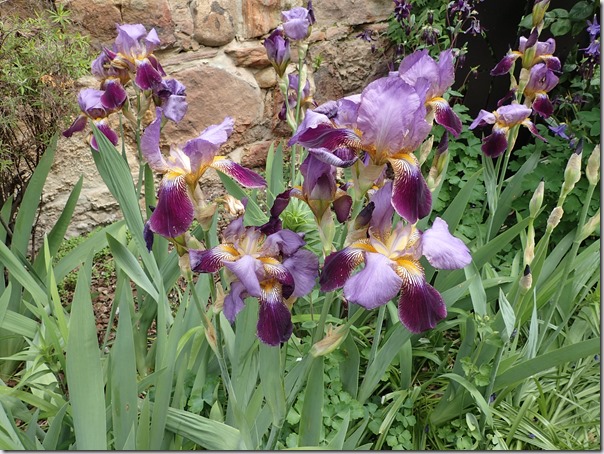 Today iris grow in beds scattered around the walls and the people of Australia admit to and tell the story of the horrors of the past, just as the Germans do concerning their past. But did you know that the reason England began transporting their convicts to Australia was because after the American Colonies won their independence, England could no longer send their convicts to America.

Have a family story about an ancestor who came to America as an indentured servant with a term of servitude for seven or fourteen years? The two most common sentences given to a felon is England at the time were either 7 or 14 years. They were sold to people in the American colony with the money going to the Crown. The actual story may be far more interesting than the normal kernel of truth family story. 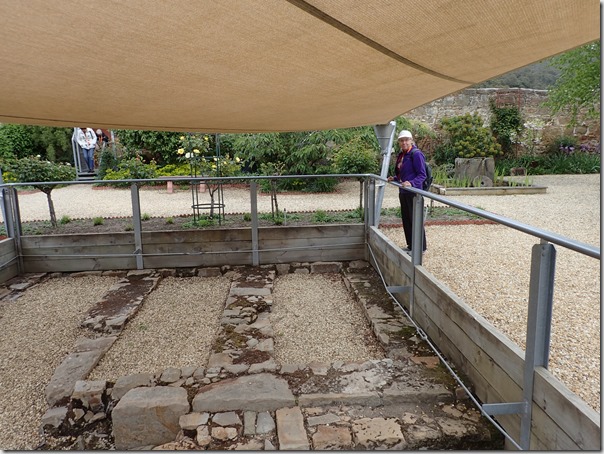 Concern over the conditions in the prison led to the construction of new yards. As part of the “improvements”, the new yard did not have cells, it had apartments. The gravel area surrounded by the stones shows the size of one of these apartments. The space was such that two prisoners were housed in each apartment. The prison was situated near a creek that often overflowed its banks, meaning there was frequently a foot or more of water standing in the prison. 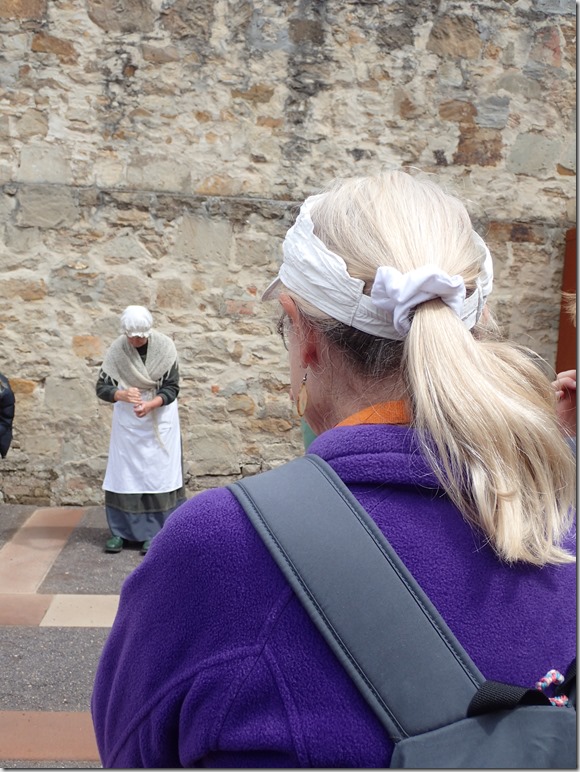 In the afternoon we attended, Her Story, a vivid portrayal of what life was like in the Cascade Female factory. There is no way one could attend and not be moved by the plight of those incarcerated here. 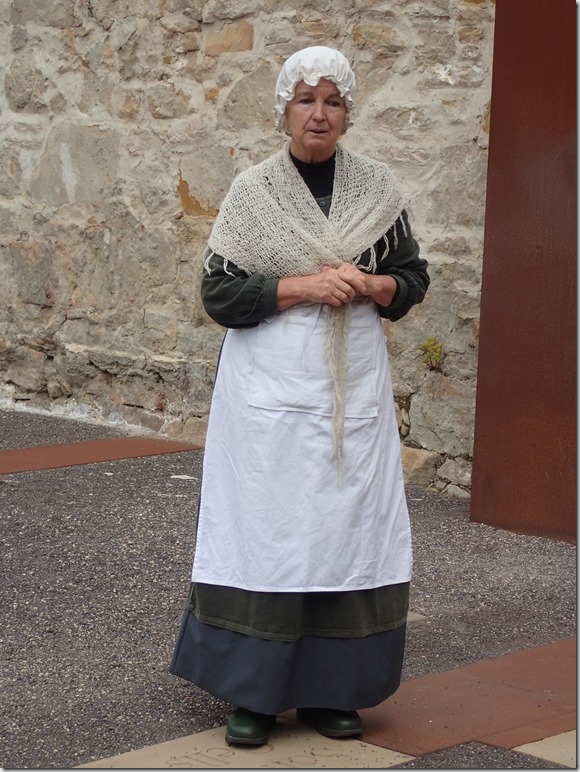 Told from the perspective of a woman prisoner, and based on actual records, it is another must see for anyone visiting Hobart. Rather give a synopsis of what happens during Her Story, I will provide a link to a website that contains an article with actual reports of what the nursery at the Female Factory was like. You need to scroll down a bit to see the article, but everything on the website makes for fascinating reading. Here is the link. 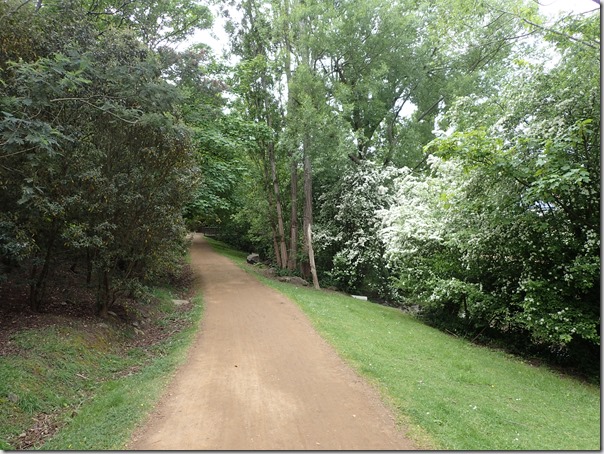 The modern path along the Hobart Rivulet leading from the city out to the prison site. In the early days it was described as nothing more than a goat track. 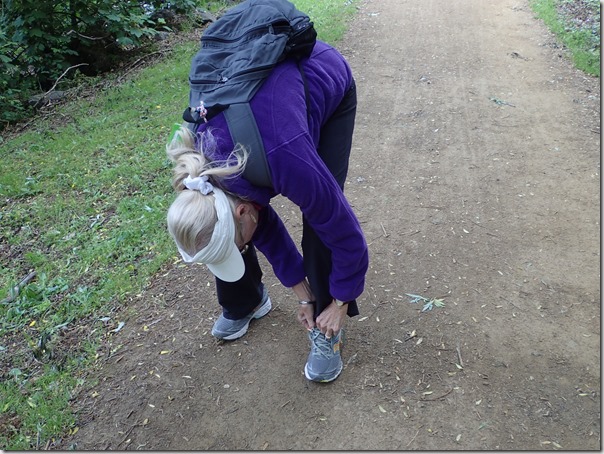 Would those women have even been allowed to stop on the march to the prison? What would they have done if the buttons on their shoes popped? Or did they even have shoes? This female had to retie both shoes during the walk. 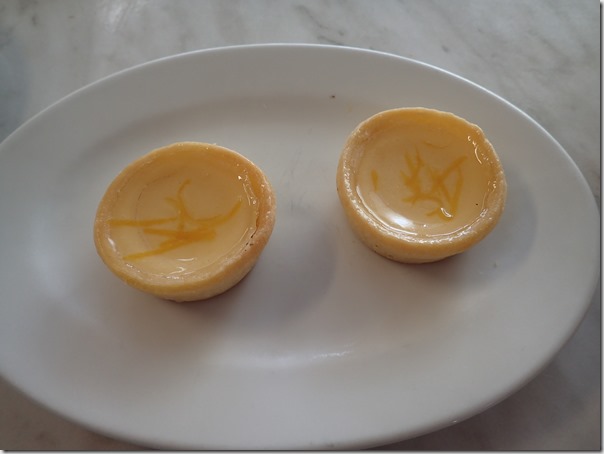 How different our evening meal was for that which the prisoners had. Not shown are the scallop pies, but here is dessert, which was lemon tarts.

As terrible in ways the times in which we live are, they are far better than the so called “good old days”.