This post is late. Too long a day, too big a meal in the late evening. Too tired to write. But at least I will get something posted. 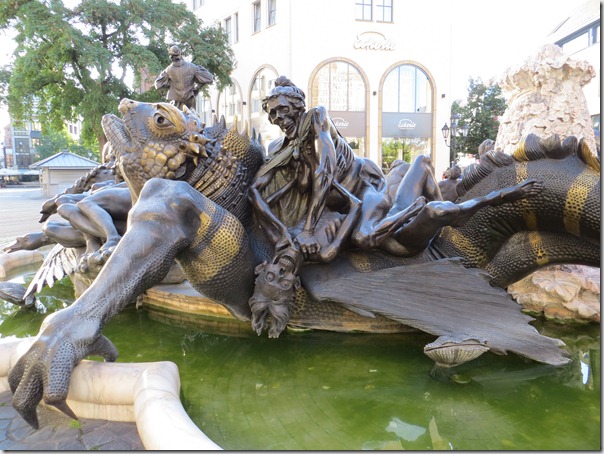 I wish there was a way to show everything that we see and do in a day, but unfortunately we can’t. Since this is a catch up post, I’ll take a little different tack and post more pictures and write less. The above is just one small section a very unique fountain around the corner from our hotel in Nurnberg. if you’re out in the early morning you can see it with the water turned off. It is called “Marriage Carousel”, and I wonder what part of marriage this represents! 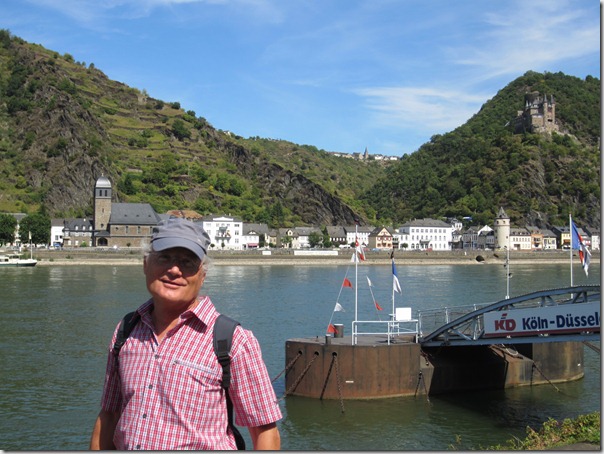 Our destination for the next few days. What’s not to like about a water front park with a view of a castle across the Rhein. Then throw in a couple of 600 year old churches and a tower for good measure. 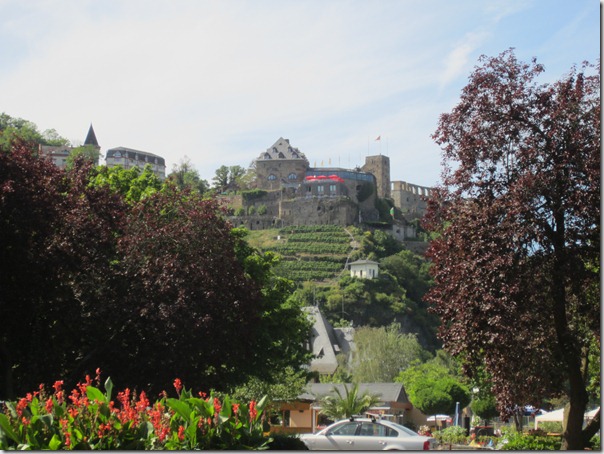 Turn 180 degrees and there is a castle on the hill on our side of the river. Our plan was to use our time in St. Goar to just relax a little, but already its looking like there is more to do than we have time for, and that’s with our having taken day trips to this town twice on past trips to Germany. 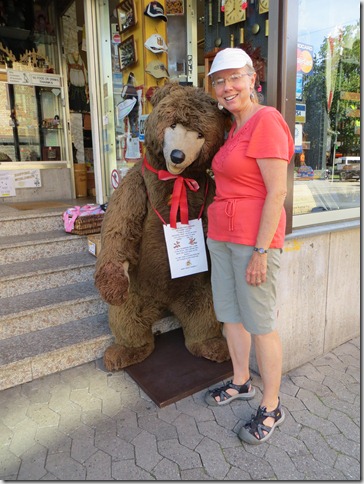 A “beary” happy girl. This makes the third time I’ve had to take a picture with this bear in front of the cuckoo clock store. They also sell bears made by the company that made the very first teddy bear, hence the bear. 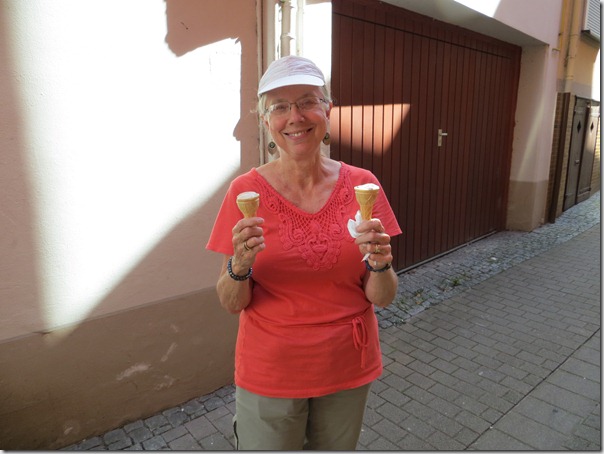 A “very” happy girl. I was lucky to get a picture taken with even this much ice cream left in our cones. The nice thing about this is that it doesn’t even count as dessert since we usually have it in the middle of the afternoon. 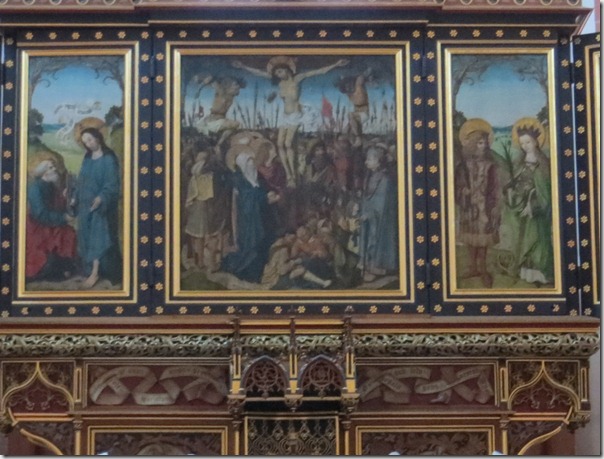 St. Goar has two impressive churches, this is part of the alter piece of one of them. 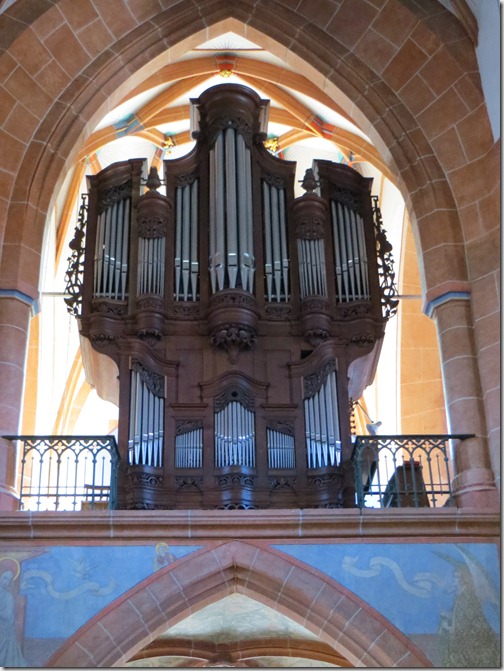 The massive pipe organ in the other church. 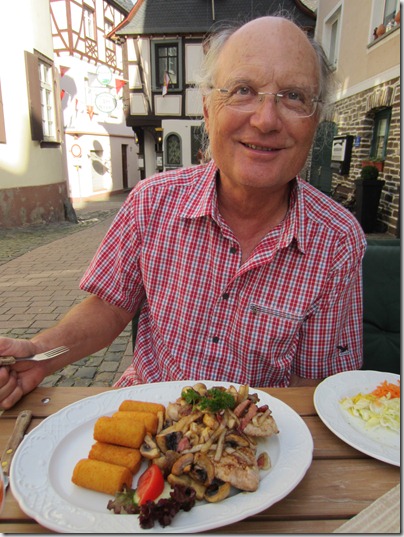 A great meal, boneless pork chops with onions, ham and mushrooms. I don’t remember what the potato rolls were called, but they were so light and fluffy they were to die for. Linda had her pork smothered in a mushroom sauce, that was every bit as good as mine. And no, we didn’t know how they were going to be cooked when we ordered – no English menus here - but they simply don’t do bad pork in Germany. Or at least in the restaurants we eat in, they don’t. 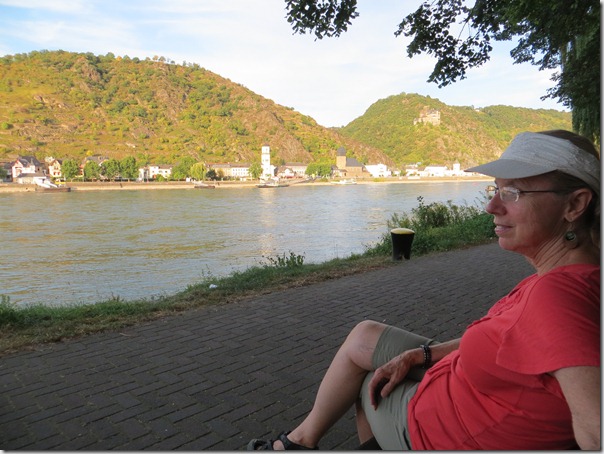 Why we are here. Relaxing along the banks of the Rhine. For nearly an hour we watched the barges go up and down the river, and marveled at the fantastic view across the river. And all that time wondered how we had been so fortunate to discover places like this. This is our third trip to the Middle Rhine Valley, and there is just something about it that we can’t put into words. It may not be for everyone, after all around us are German’s doing the same thing, but then again, that tells us we must be in the right place.
Posted by Bob and Linda at 11:00 PM