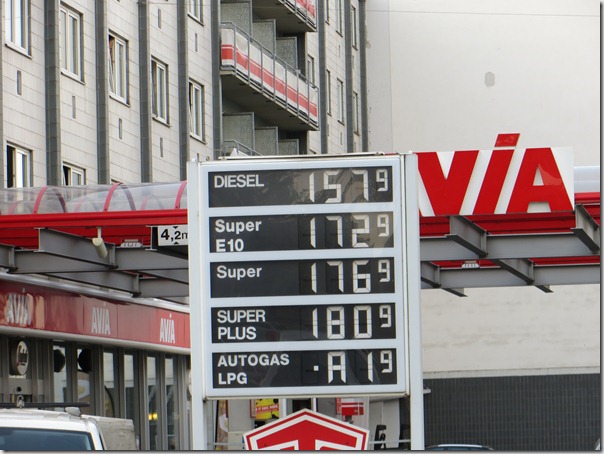 As I write this it is after nine o’clock and we have been going strong since seven this morning. So if it is shorter than usual you know why. Time for a gas price post, these prices are in Euro and are per liter. It’s too late for me to do the conversion but I think it is roughly equivalent to $8.00 a gallon. Since we ride the train, tram and bus, it isn’t something that we pay any attention to. 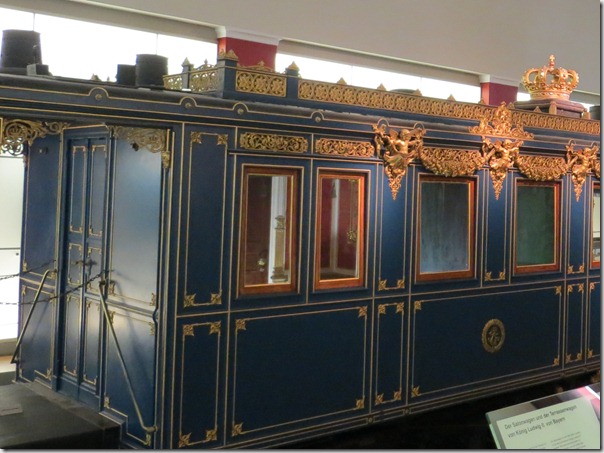 Saw this at the train museum. When you are the King, an ordinary railcar will not do. The way to let everyone know just exactly who is riding is to have your crown atop the car. This is the car of King Ludwig II, the one who was known as “Mad King Ludwig”, and for him this nothing fancy. You want fancy you should see the castle we saw a few years ago that Ludwig built. The one they say Disneyland’s castle is patterned after. 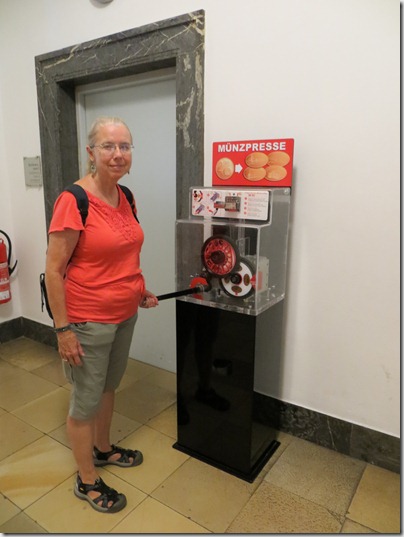 And yes, we found the museum’s Euro smasher. Here’s Grandma getting ready to smash a .02 piece for you know who. Unfortunately I only had one .02 Euro coin to smash so there is only one from the Bahn Museum. They are a little pricey over here. The .01 Euro coin is too small, so the smashers smash the .02 euro coin. Then it costs 1 Euro, to do the smashing, which is about equal to $1.25. Postcards are similar. Most cost one Euro and the postage is .75 Euro making the cost to send one around $2.00. 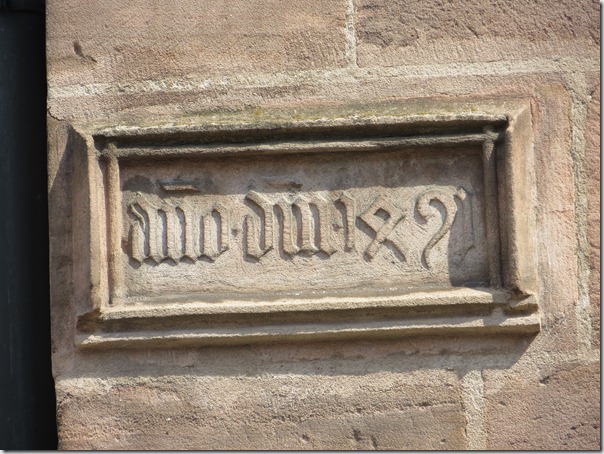 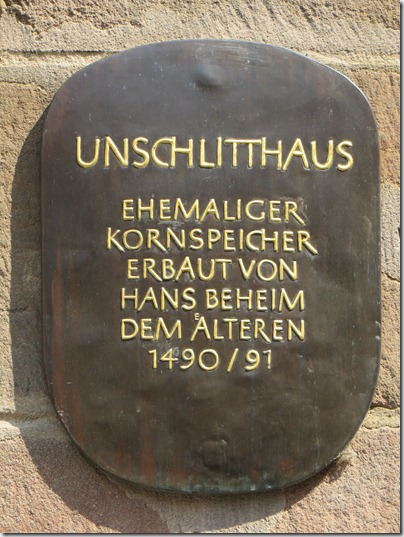 The plaque on the building shows that Hans Beheim the Elder built it in 1490/91. Now how many of you remember that from World History in High School? Or maybe I should ask how many of you remember anything from history class in high school. What can I say, some of us wanted to be history teachers or professors, even if that dream never came about. 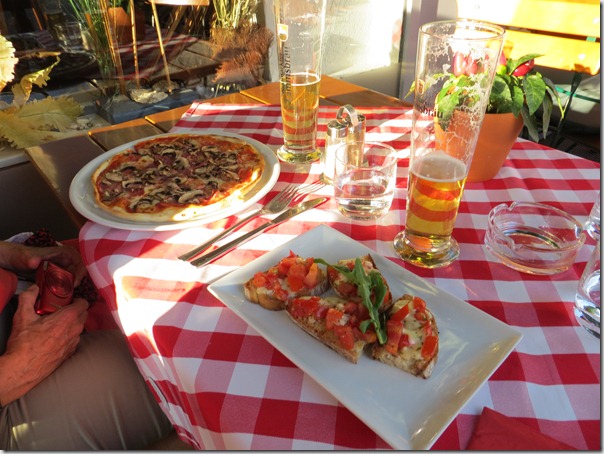 I will end with a food photo. It was Italian again tonight at a sidewalk café. This could be said to be a step up from the bratwurst we had at a riverside beergarden for lunch. I need to say that I realize a lot of what I post may sound anti-American or at least disparaging of the American way. It really isn’t meant as that, it is meant to point out that having a narrow point of view, the one that says the American way is the only way, just doesn’t cut it in our world of billions of people. 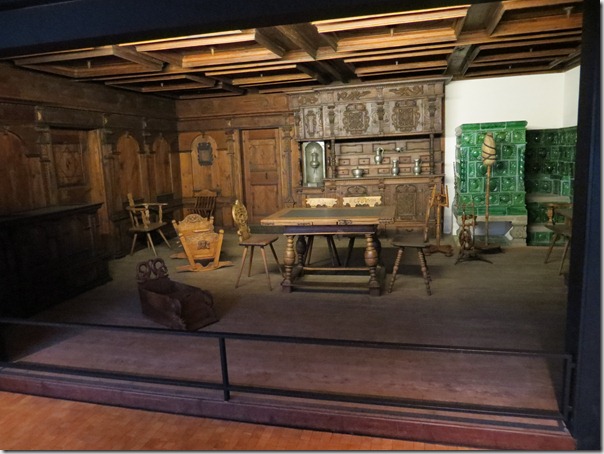 This is for me and my mom’s side cousins. The interior of a Swiss home in 1666. Since our ancestor's were in Frutigen, Switzerland from the 1400’s, if not before and didn’t come to America until 1870, it is likely our ancestors lived in something similar to this. I never thought I would have discovered this on the third (American) floor of a museum in Nurnberg, Germany. In Alaska there is saying that, unless you are the lead dog the view never changes. I guess the same thing could be said about only traveling in your country of origin, whatever country that is.
And to those who say different parts of their own country are completely different. I say it isn’t any fun unless you eat at an Italian café in Germany where the proprietor only speaks Italian and German, and virtually all his other customers are heard speaking Italian, but you speak English with a dab of German and absolutely no Italian. We used fingers and pointing for most of our ordering and it worked perfect. Just another day of Living Life.
Posted by Bob and Linda at 3:18 PM