A Long Day Along the Rhein

Before I start – Yesterdays post, which was for Thursday, but which I wrote late this afternoon, which is Friday, somehow got dated for Friday when it should have been dated Thursday. I think I finally got it all straightened out and it now has Thursday as the date and this post, which is really Friday’s post, actually has Friday as the date. If you’re as confused now as I was then, then we are all even now. 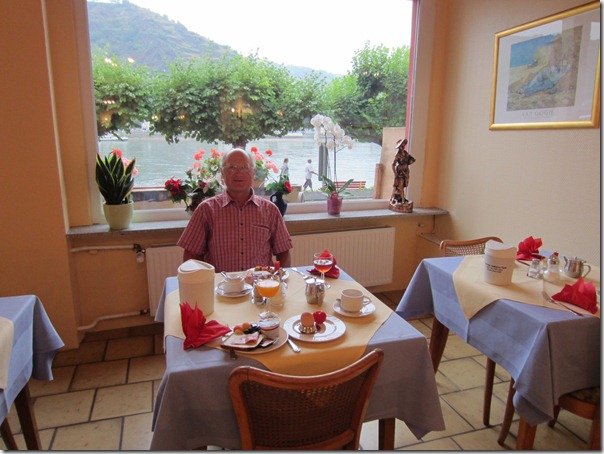 When your Frau commands, “Sit still!”, that’s exactly what you do, or at least I do. She claims to be English, but the way see acts in Germany, I think there is a lot of German blood flowing through her veins. The actual purpose of this photo was to show her view as she ate breakfast this morning, which is the Rhine River out the window behind me. 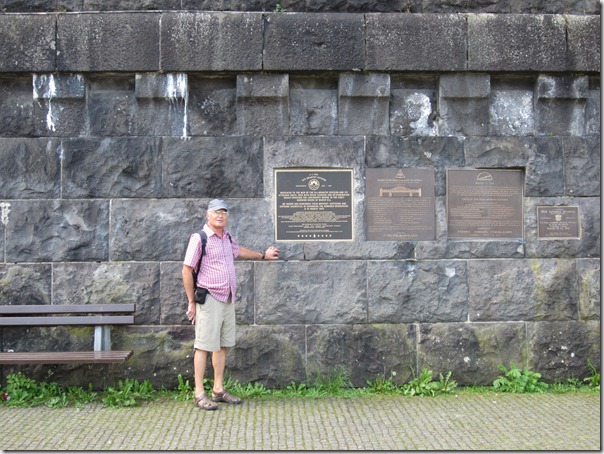 A place I have been to once before and will be to once again. The west tower of a bridge that no longer exists, but one that played a very important role in WW II. Early morning saw us traveling by train to a small town north of Koblenz, the one where the Ludendorff Bridge once stood. General Eisenhower was reputed to have said it was a bridge which was worth its weight in gold. Americans know it as The Bridge at Remagen. In 2008 we stopped by on our way north. Linda stayed at the train station while I walked down here and touched this tower. Today we  both spent nearly two hours in the small museum inside this tower. 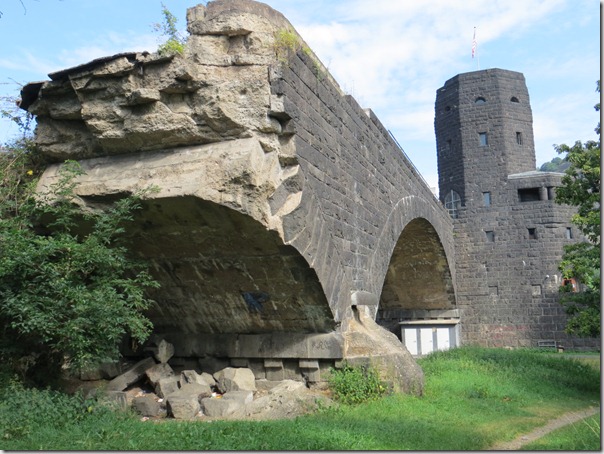 War destroyed the bridge, but war also destroyed many civilians in the town of Remagen when in early 1945 allied aircraft repeatedly tried to bomb the bridge, but bombed the town instead. Then a few months later, the bridge destroyed Hitler's plans to keep the Americans west of the Rhein, when US troops captured it and secured a foothold on the east bank of the river. Hitler had four General’s tried and executed because of this. Today what is left of the west end of the bridge serves a museum and peace memorial. The museum has many wonderful exhibits on the bridge, and after we left, we both discovered we had been so engrossed in what was there that we neglected to take any photos that would show what the bridge looked like. Those are always the best museums, the ones that you totally lose yourself in, and this was one of them. There is also a great deal of history in the town of Remagen, and that is where we spent our early afternoon. 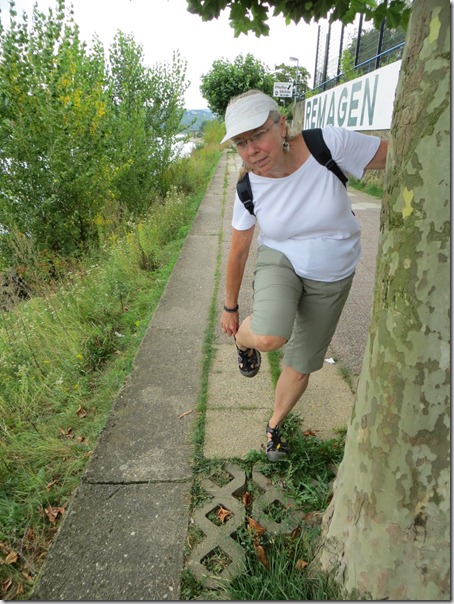 I thought I was taking this photo to prove we really were in Remagen, what with the Remagen sign in the background. It looks like “footie”was having another episode of rock in the shoe. I can not understand how we can be walking down an asphalt path and she will get a rock in her shoe. I guess German rocks and American rocks are all the same to her. 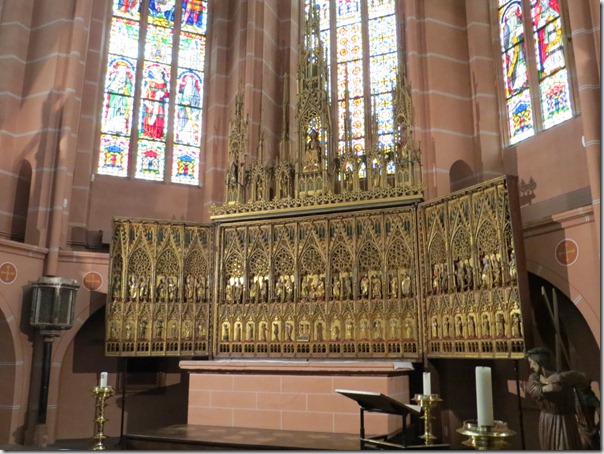 While the interiors of the churches in Wurzburg and Nurnberg had been gutted by fire, or mostly destroyed by bombs during WW II, the Churches in the Rhine Valley survived in much better shape. It was actually Napoleon who did most of the destroying of churches in the Rhine Valley 200 years ago, but there is still plenty for the modern day visitor to see. Returning from Remagen we travelled south of St. Goar and stopped in Oberwesel where the golden alter is located. 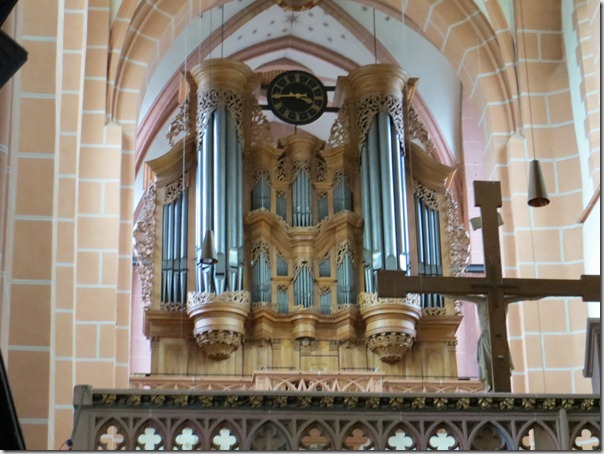 Where there are churches there are pipe organs, and here is one of a number we saw today. There is really nothing like hearing one of these magnificent instruments filling a vast gothic church with music. 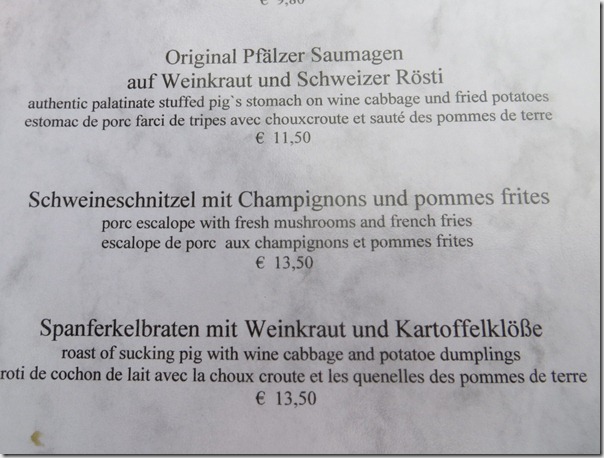 What we had for dinner tonight. and yes the menu is also in English. Three things here and Linda had one and and I had one and neither of us had one. I’ll let you know tomorrow if you guessed right. We spent two hours enjoying this meal and watching the boats going up and down the Rhine. There was also a rain shower that chased many of those eating outside, inside the restaurant, but we were luckily sitting under a large umbrella, so we stayed outside. As we walked back to the hotel in the rapidly dimming light we reflected about how we had been able to do some things to help people today, and we in turn had been helped several times by others. It really doesn’t matter where we live, in the end we are all human. Even if politics and religion do their best to make us less than human at times.