Off to Europe, so late morning found us waiting at the McAllen airport for the flight that would take us on the fist leg of our journey to Wurzburg, Germany. 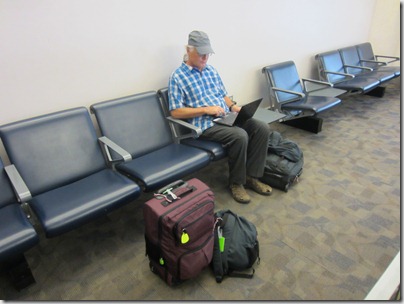 Weaning ourselves off the computer began as we waited for the flight. Unfortunately for Linda, it took me so long that she never had a chance to do any herself. Not wanting her to feel left out, when I finished I told her I wouldn’t make this my weaning, but would consider it to be a practice attempt. I thought she would be happy I was trying to make her feel she wasn’t left out, but from the look I got, I think she took what I was saying the wrong way. 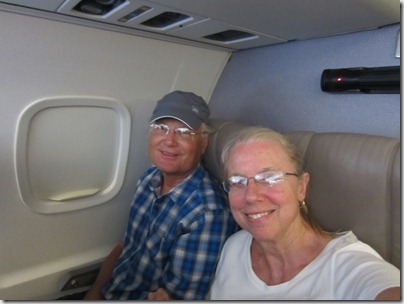 Our first flight, if it looks like we were at the back of the plane, yep, that’s where we were. Linda wasn’t too happy with a seat that didn’t recline, so I tried to cheer her up. Some how my “Look at the bright side, we’re in the last row, so if the plane crashes, this is a very highly survivable place to sit, and if we don’t, we’ll get to live longer than those up front. Once again she was looking at things different than I was. I hope I don’t do this the entire trip, or I will really be a Bad Bob. 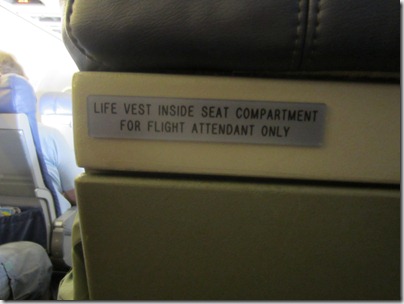 It turned out that I wasn’t the only one giving Linda a bad time. Even the sign on the seat in front of her was doing it. Like she is so fond of saying when something happens, “At least it will make for a good story.” All I can hope is that the story of her trip to Europe gets better than this or a Great Dane doghouse isn’t going to be big enough for me. ( I know we are already behind in writing, but we are working on catching up, just as we are on catching up on our sleep.

Email ThisBlogThis!Share to TwitterShare to FacebookShare to Pinterest
Labels: Travel