I left something very important out in yesterdays post. One of the many things we did yesterday that you did not hear about was our tour of the Residence, the home of the Prince Bishop of Wurzburg for a number of centuries. It is one of the most magnificent places in all of Europe, and we took the 3 o;clock English tour along with 48 other English speaking people. The interesting thing was that we were the only ones on the tour from America. I said before we like this town because it is not on the American radar when it comes to visiting Europe, and this tour proved it in spades. 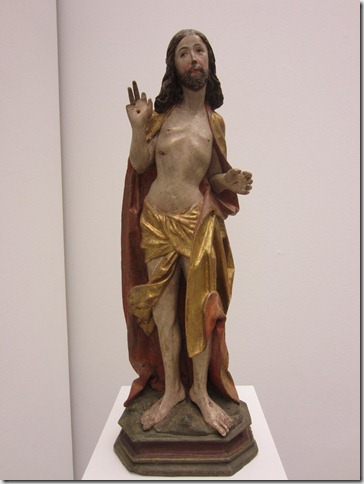 Today was museums and churches, does Wurzburg ever have churches. The exterior of most date from hundreds of years ago, the interiors date from the 1950’s onward thanks to the British war criminals that were never prosecuted because the British and Americans won WW II. Each of has to make our own decision on that last statement but mine is down for everyone to read. More on that later. Above is one of the beautiful Tilman Riemenschnieder wood carvings that that hidden away and survived the British atrocity that befell Wurzburg. The Dom Museum has numerous treasures that were hidden away and survived the March 16, 1945 catastrophe, and that was where we spent out morning. 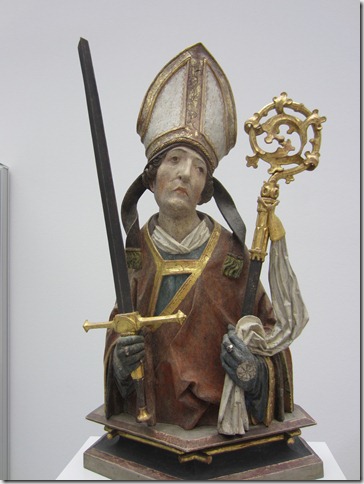 In 1510 the greatest wood carver to ever hold a knife carved St. Killian, the Patron Saint of Wurzburg.  To stand here and see the intricate details, the depth and luster of the paint or lacquer is something that only be appreciated in person.  Several years ago we saw a carving by Riemenschnider and instantly fell in love with his works.  IU guess you could say this morning we were in 7th heaven, although seeing them in the actual churches would have been much better, except for the British atrocities. 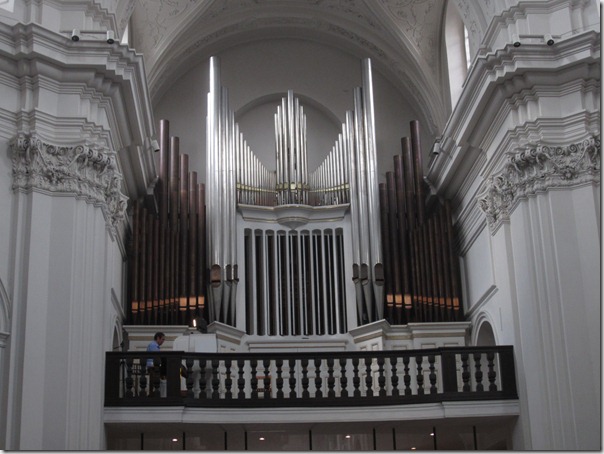 Noon found us in the Neuminster Church, old on the outside, new on the inside for a 15 minute organ recital.  It was one of those things that most Americans likely do not experience.  Did we understand the German introductions, NO,  were we moved by the awesome sounds of the huge pipe organ, YES.  Another one of those you got to be there to appreciate moments, and  we were there to appreciate it. 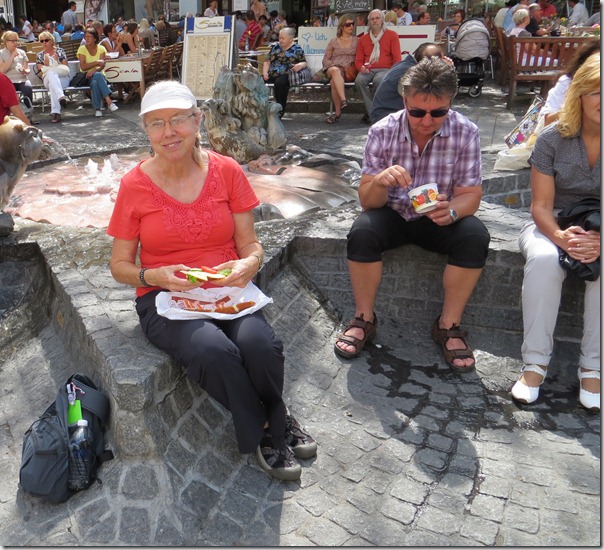 The answer for what do you do for lunch.  All many of the streets of towns we visit are small shops that sell pre-made sandwiches at lunch time.  We found one we liked, 5 Euro later we had two great sandwiches, Linda, cucumber and swiss cheese, Bob, ham and Munster.  We ate sitting in front of a small fountain.  I guess this makes the answer to what do you do for lunch the be that we do the same as many of the German's do. 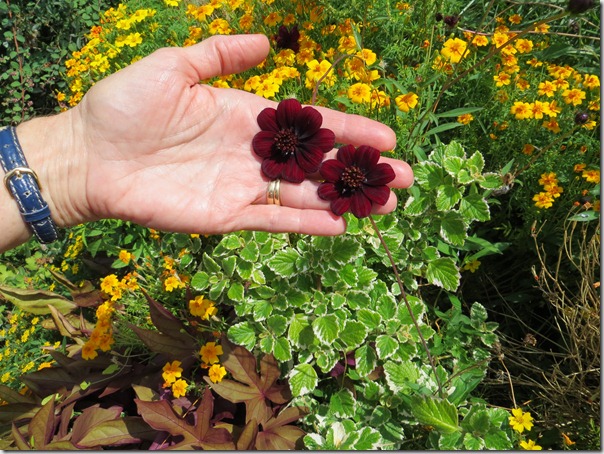 Woo9d carvings were not all we saw today.  The Residence is a UNESCO World Heritage site and the gardens are more than spectacular.  We spent a long time walking and looking at the wonderful variety of flowers.  Linda was excited that she found her favorite making her a happy girl.  If you don’t venture out and explore you never what you will find. 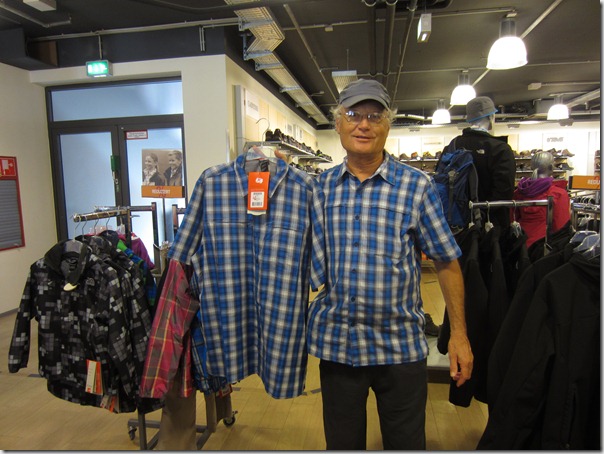 Linda is a woman, a woman must shop, so while she was off shopping, look what I found, the exact shirt I bought in American before we came to Europe.  And guess what, it was cheaper over here even with the exchange rate than it was in America.  And no, I did not buy another one like it.  I bought a European shirt that was much better quality and at a lower price.  You will have to wait to see the pictures in a day or two.  As we say, if we need something while in Europe, we will just buy it, why lug several suitcases full of things we may need.  We just buy what we need. 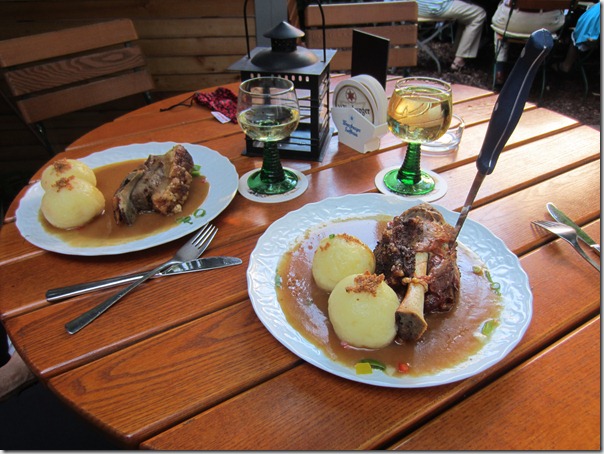 Tonight's dinner all Franconian specialties, pork shoulder for Linda and pork knuckle for Bob.  Let’s not leave out the Sylvaner wine for both Bob and Linda.  We topped it off with a Karthauserkloss, another specialty Franconian dessert.  How can we forget the cherry and Sylvaner schnapps that accompanied it.  Living Life good and getting better every day.