On a Jet Plane

“The new luggage has already paid for itself!”, those were the words I had hear late yesterday when we arrived at George Bush Airport in Huston. On our earlier trips to Europe we had used rick Steves’ backpack luggage for our travels, but this year we invested the big bucks in in the guaranteed carryon size roller luggage from, you guessed it, Rick Steves’.   Moments ago it had paid for itself, all 14900 pennies, as we rolled along for what seemed miles through the Houston airport. Even if the rest of the trip is a disaster, this was worth the cost. 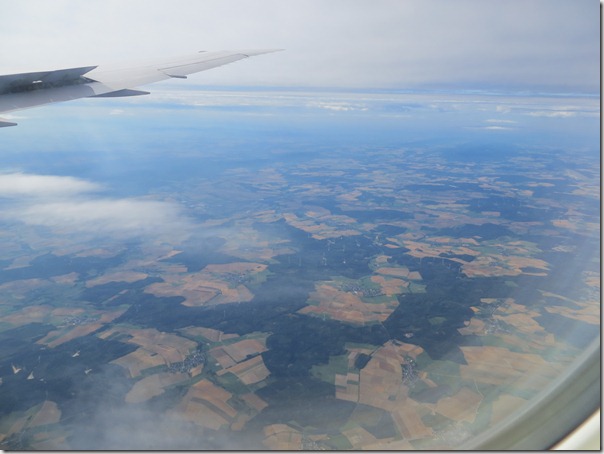 Many hours later, and with fewer hours of sleep than we hoped to get, we awoke to the site of France/Germany out the window. It had been some ten hours since we took off from Texas and within minutes we would be on the ground in Germany. Texas this was not, but then America is not all there is to the world. I used to feel sorry for the people who told us that there was too much of America for them to see to spend any time in the rest of world.  Now I look at their attitude and realize why America is just a shadow of what it once was in the world. 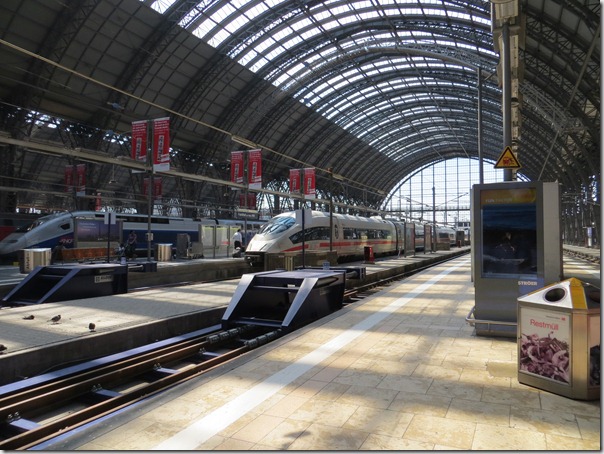 Frankfurt Hauptbahnhof, 27 tracks, and our train was leaving on track 7.  Of course, where we came up the escalator was track 27 so it meant a bit of a hike to our train.  As luck would have it, it was leaving in 5 minutes so we got on board as soon were going the German countryside towards Wurzburg.  We lucked out and got forward facing seats with seats facing towards us that we could put our luggage on. 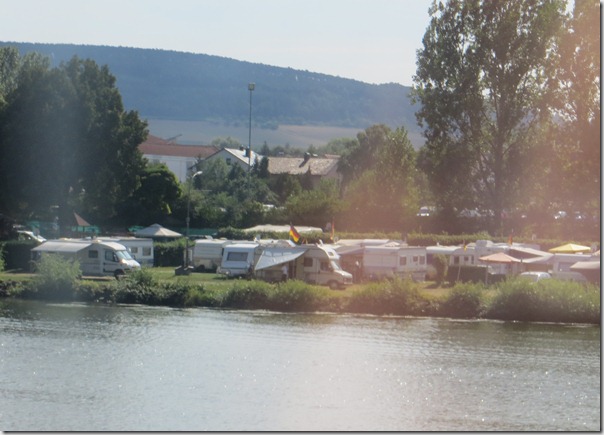 Not the best photo, but as we traveled along the Main River we caught a glimpse of what we left behind.  Over here it is called a caravan park and while the caravans (rv’s) are much smaller than in American, it is people living the same life we do day to day.  You can take the Rvers out of Texas but you can’t the  RVing out of the RVers.  Be advised it is only trains, busses, and planes for us for the next three months. 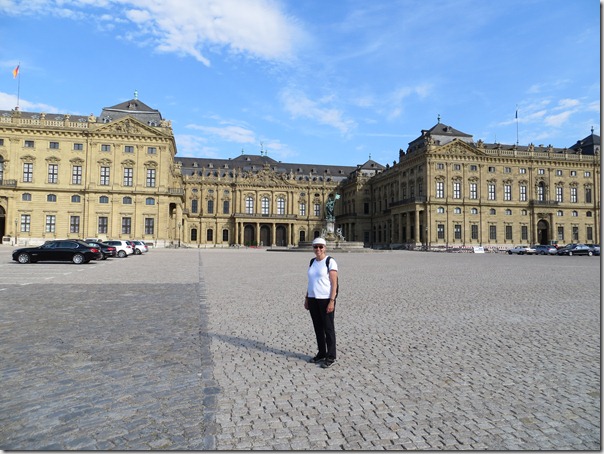 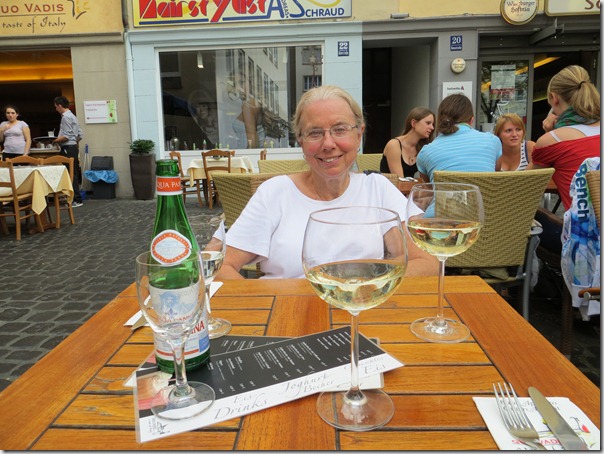 Why we love Europe.   There is nothing like this that we find in towns in America.  The meal (maybe a drink or two) followed by a meal on the sidewalk of a street in the old part of town.  To relax, to just enjoy life, to watch the people walk by, to have fabulous walk by at a ridiculous low price, it is what makes our months in Europe more memorable with what we have a right to expect. 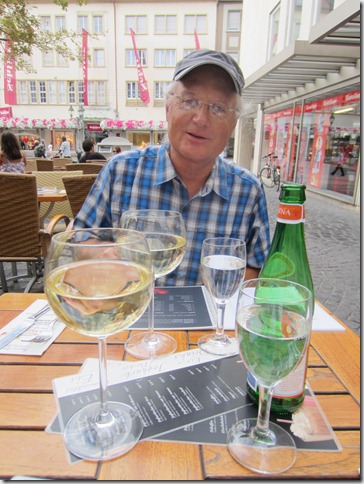 Being an equal opportunity blog, I had better show the meal from Linda’s perspective, there was a meal, but we must talk about the wine.  We are in Franconia, which is part of Bavaria, though the Franconia's would never admit it.  Franconia is known for its pork knuckle and shoulder.  We had pizza tonight.  But what it is really known for is its Sylvaner wine.  As you can see, we tried this wine from several different wineries and decided there is only Sylvaner. 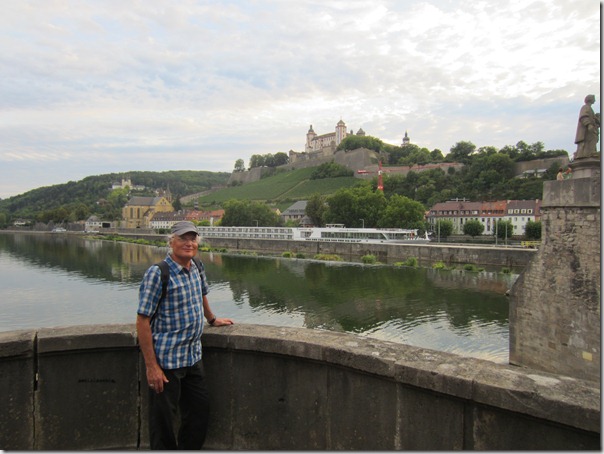 Die Alte Mainbrucke, it’s been here since the dawn of time, that is the bridge, not the man you see in the photo.  The structure you see in the background it the Fortress Marienburg which being high on a till across the river, Linda has decreed we will see after a bus ride,  If Bob gets lucky there may be a walk down through the vineyards back to Wurzburg, but time will tell in a few days.  Thus ended our first and wonderful day in Germany.