Off to the Cotswolds 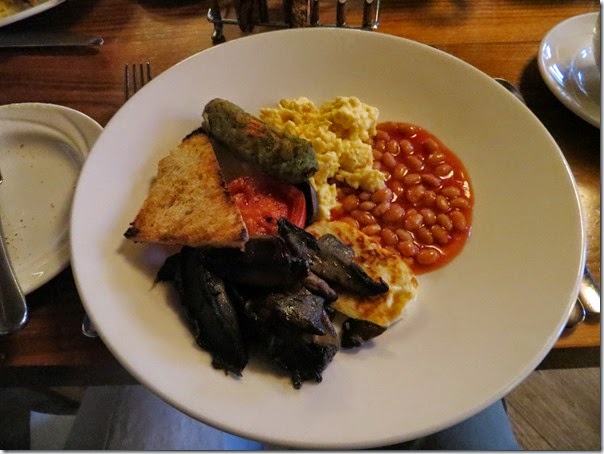 Our continuing search for a great English breakfast finally bore fruition. This morning we both had the vegetarian option, and it really hit the spot. So what if it had fake cheese and vegetable sausage, it tasted good. I will admit to having some serious thoughts about the green colored sausage, but one taste and I was hooked. 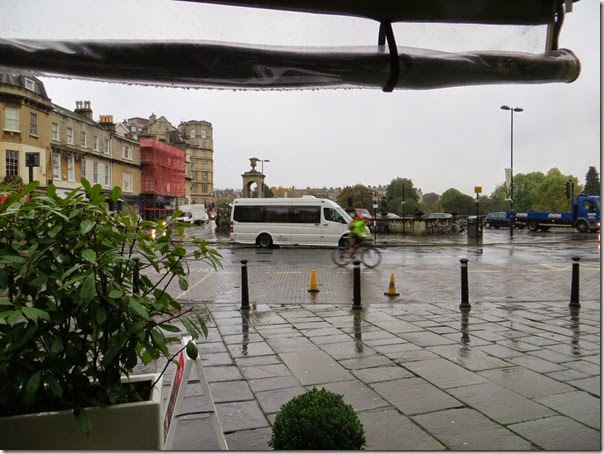 This is not our van, ours came at 8:41 for the 8:45 departure. I will not go into detail about Linda being less than happy about my supposed dawdling this morning. Nor will I discuss the fact we got to the position where the above photo was taken at 8:29. Nor will I write about what was said to me because my late arrival (she said the information she had said to be there 15 minutes early) meant she would not have a front seat. Neither will I say anything about her trying to get into this van only to learn it was the one leaving at 8:30 for Stonehenge and our van would be there at about 8:45. 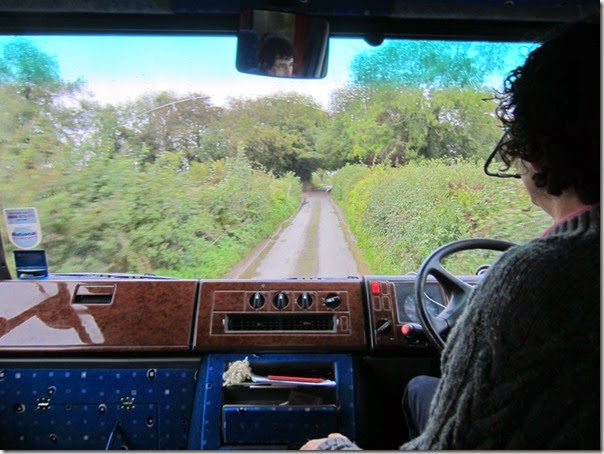 However, I will show the photo she took from her front row seat in our van, the one that arrived just before 8:45. And I might mention this is a good indication of the roads in the Cotswold. Lots of single track and track and half, hopefully find a place to pull off to the side if you met anyone, roads. 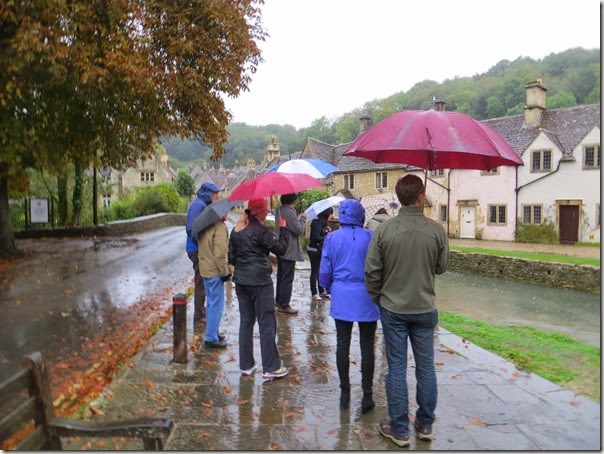 Rain to start the day, but it was light with no wind, plus the forecast called for the showers to end around noon. 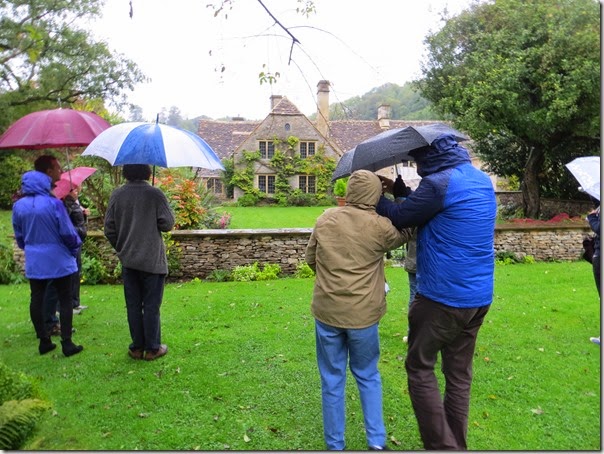 There were two other couples, both from the US, on the tour. The couple in the foreground was from Miami, Florida where it frequently rains. Maybe they forgot to feed their umbrella, and it hasn’t grown up to be a real one. 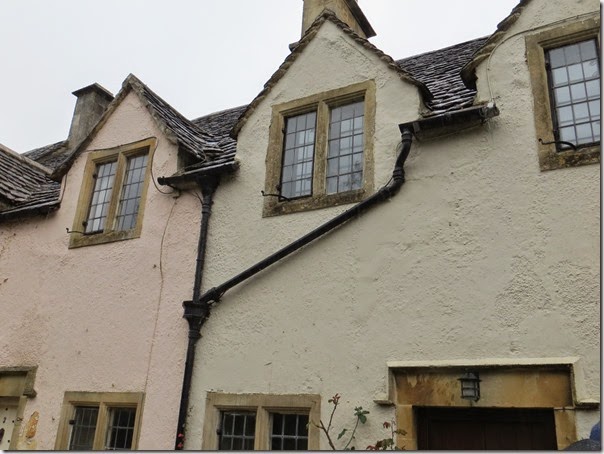 Fascinating. The gutters, downspouts and fittings are all made of cast iron. No aluminum gutters and downspouts here. 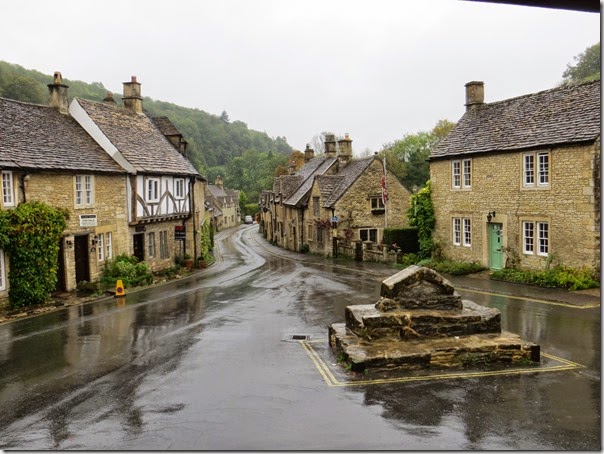 Typical Cotswold village. This one is Castle Combe. There was a castle here, but it was torn down in the 14th century to build a large manor house. It is now a hotel and the rooms are said to be very lovely, well worth the 1000 pounds per night rate. (As I write this it takes $1,60 to get one pound, meaning it is $1,600 a night))  If you have a couple of million dollars laying around you can make a down payment on a house like the white half timbered one. If you have some real money you can get a bigger one. And it would be nice and peaceful during the week as they are being bought by Londoners looking for that one weekend a month get away from the big city country house, or Arab Sheiks and the like. 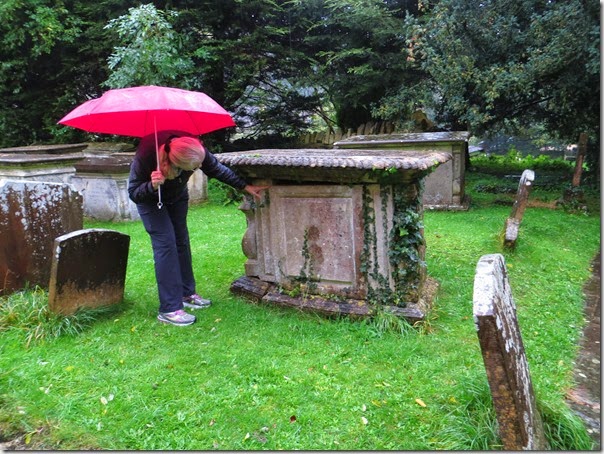 Linda looking for a you know what in the church cemetery. 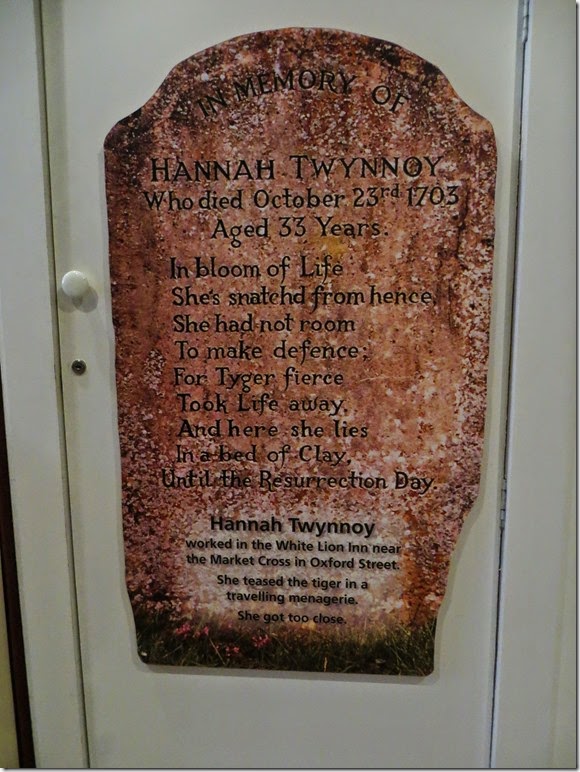 Another Cotswold town, this time at a museum where there was replica and explanation of a tombstone in the cemetery. 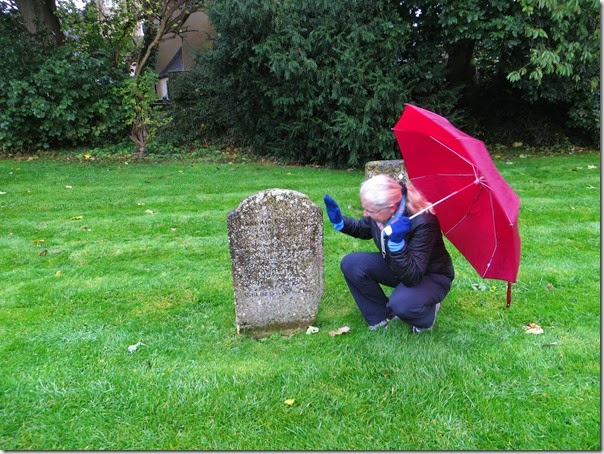 In the cemetery, Linda found the actual tombstone. My guess is a tiger would stand no chance against the family grizzly. 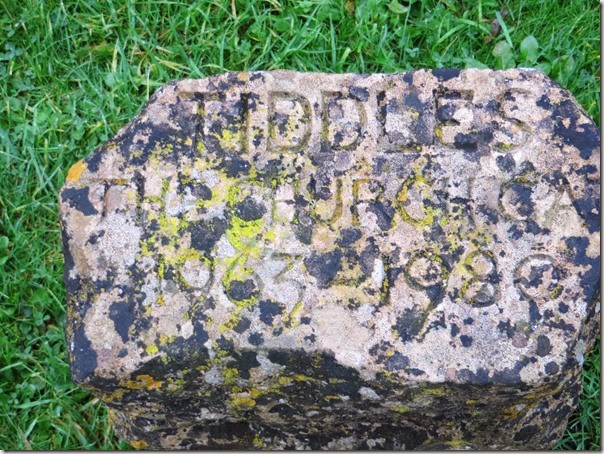 What can I say, some like to look at the houses and streets of the Cotswold villages, we like the cemeteries. This is a tombstone in yet another town, it is for the church cat who lived to be 17 years old. 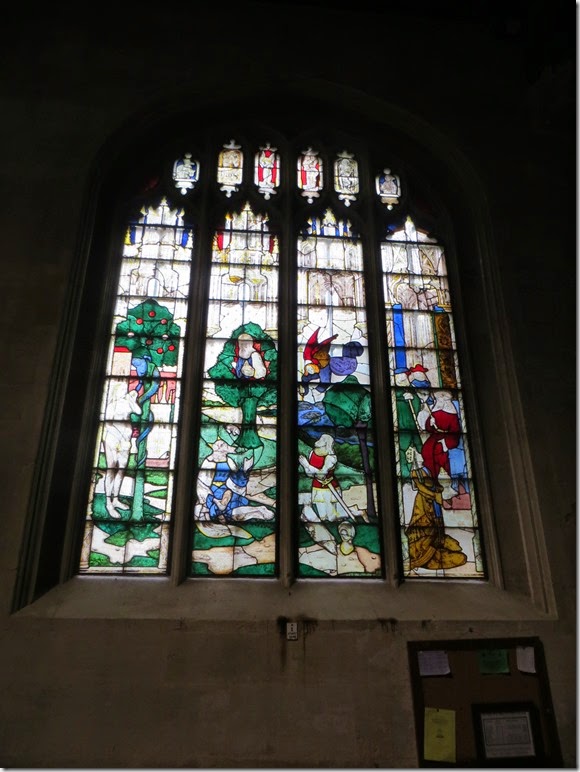 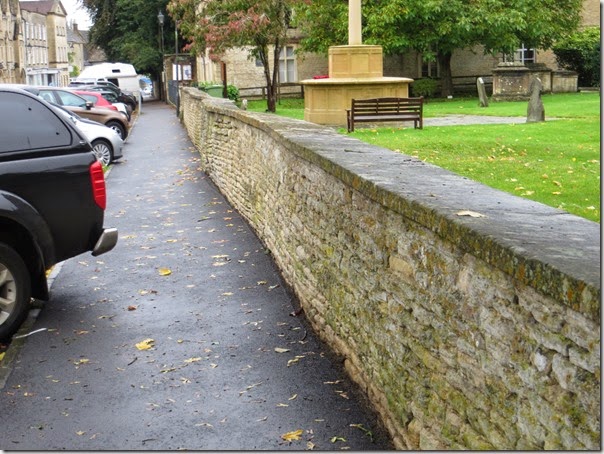 Maybe the wall builder had a few too many ales on the day he built this wall? 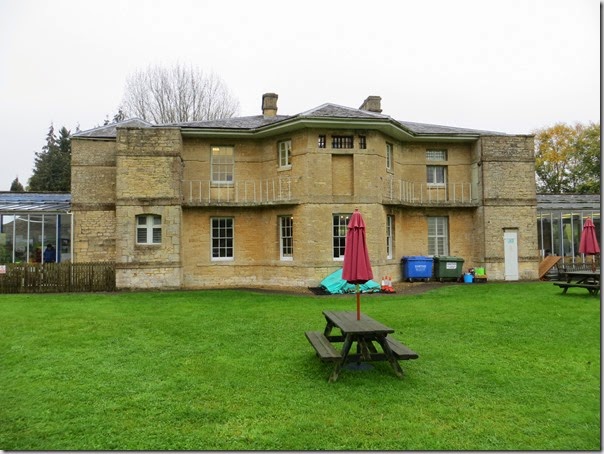 We had lunch in an old prison. 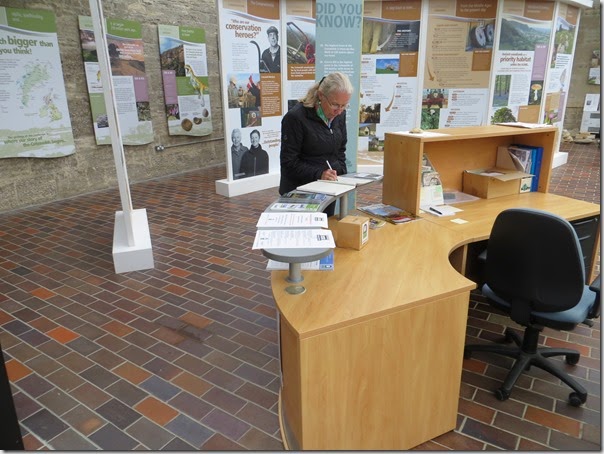 I was able to take this candid photo of a prisoner signing in. 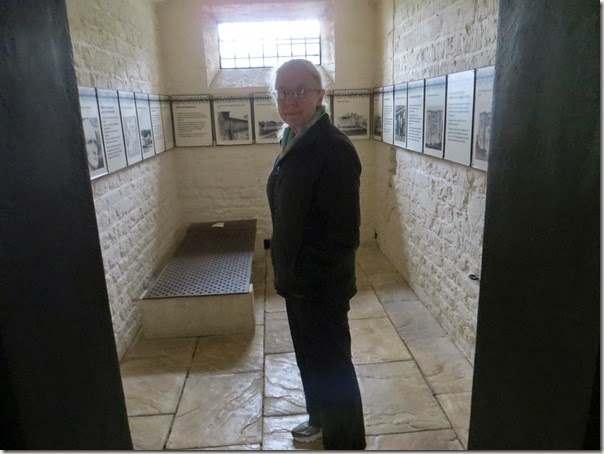 Inmate in her assigned cell. 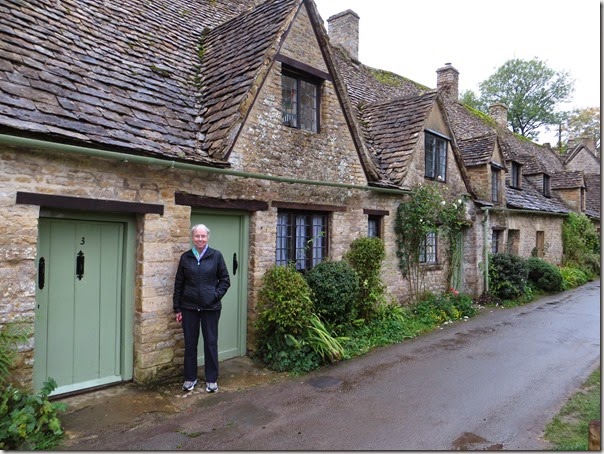 This is said to be the most picturesque spot in the Cotswolds. Luckily I was able to talk a lovely young model into posing for me. 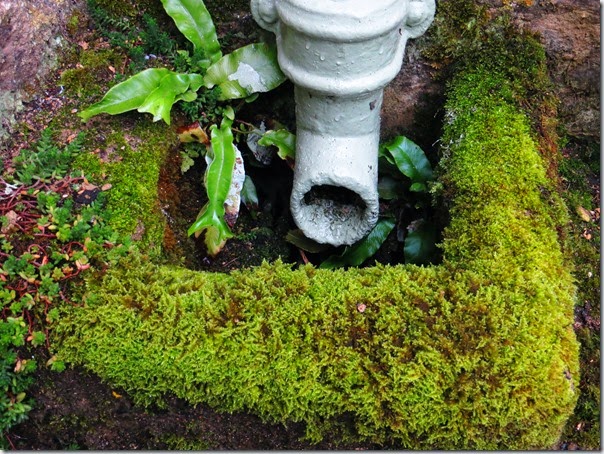 Here, even the downspout drains are picturesque. 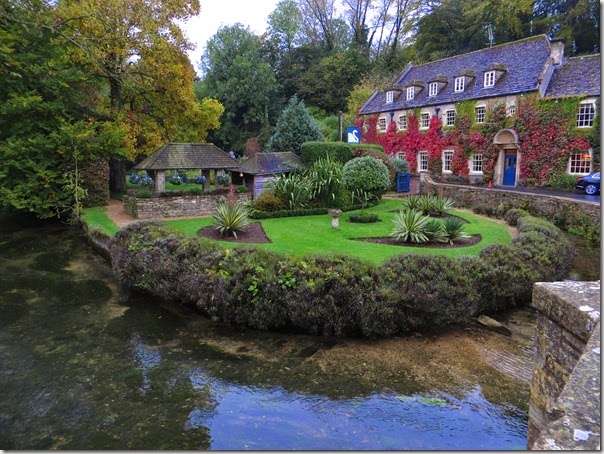 The reason why people from all over the world visit the Cotswolds. 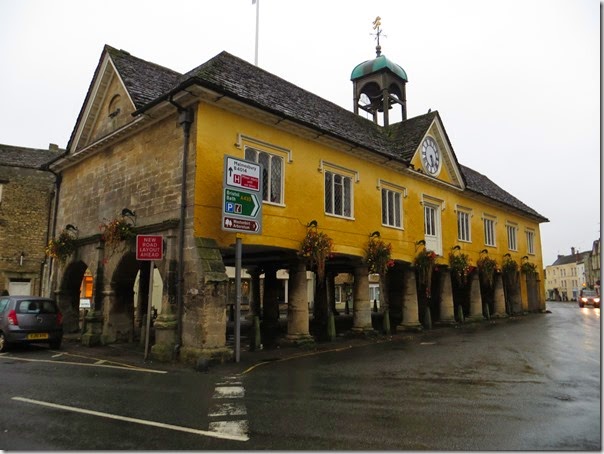 The market in another town. It dates from 1665, with reconstructions at later dates. 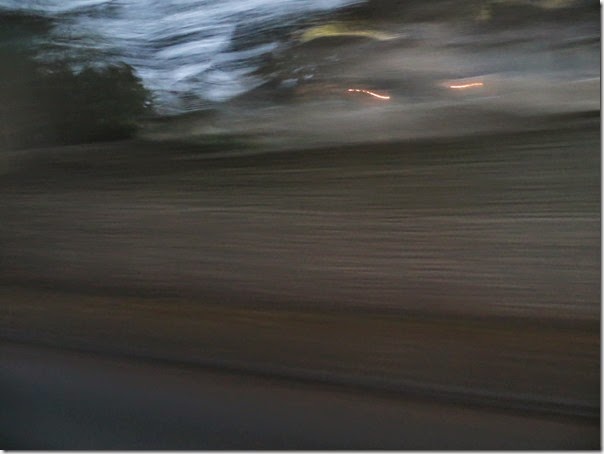 Wall around Highgrove House, near Tetbury in the Cotswolds. It is the home of TRH Prince of Wales and Duchess of Cornwall (Prince Charles and Camilla). 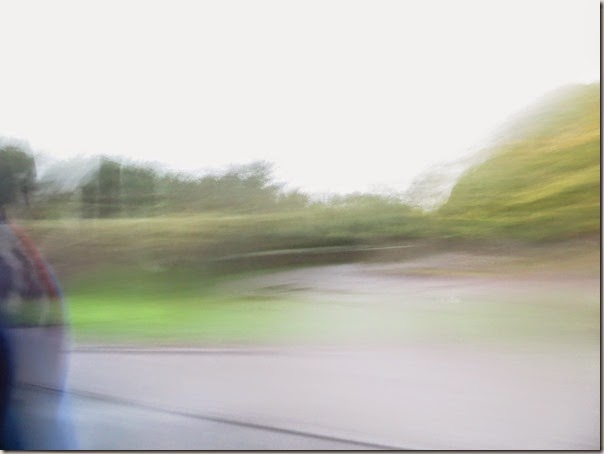 Entrance to Highgrove House. As you might have guessed, I flunked out of paparazzi school, failing the photography course. 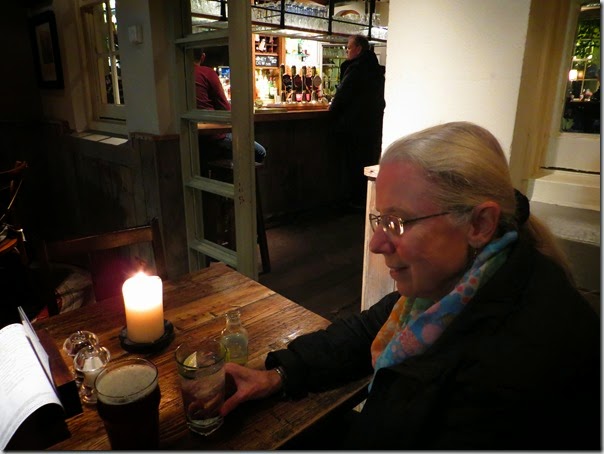 Back in Bath it was time to visit the pub around the corner from our hotel. The perfect end to a day in the Cotswolds, a double gin and tonic for Linda and a pint of ale for me. Sitting there with my arm around this wonderful woman, priceless. 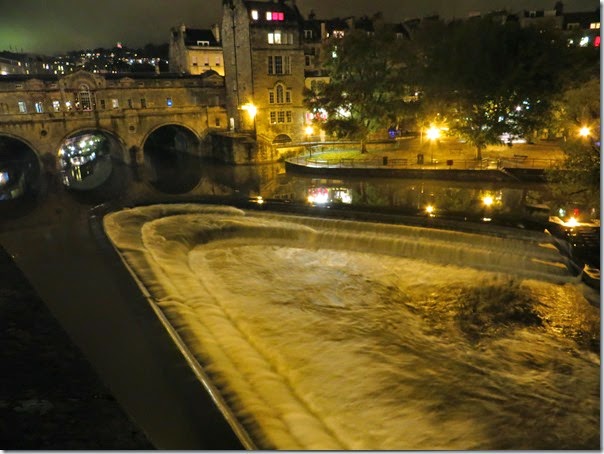