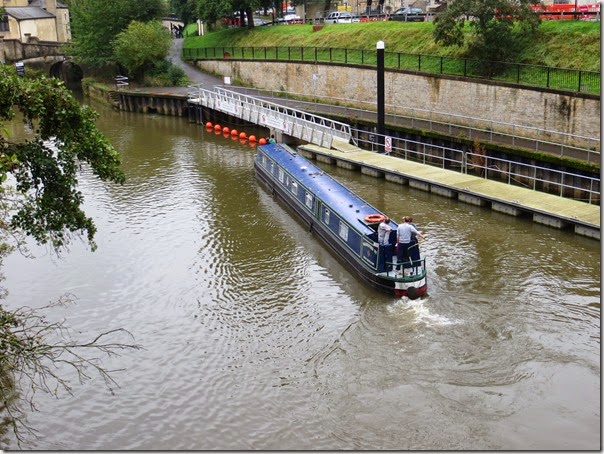 Off for a walk along the river Avon this morning. We hadn’t even crossed the bridge to the walkway alongside the river before we saw our first narrow boat. 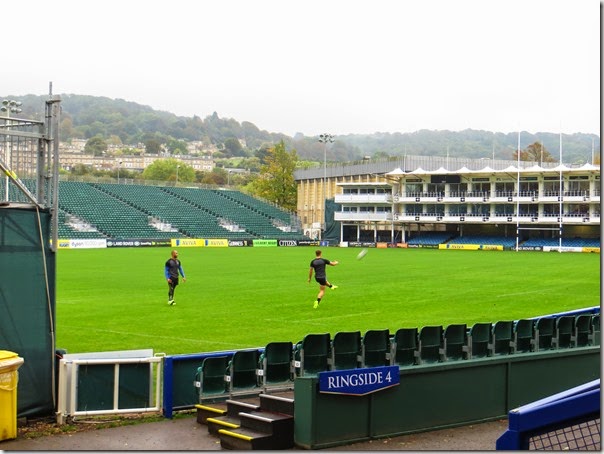 The Bath Rugby stadium was a little further upstream. We have never seen a Rugby match, but now we can say we have seen some professional rugby players practicing. It was interesting watching them kick as they can really make the ball fly 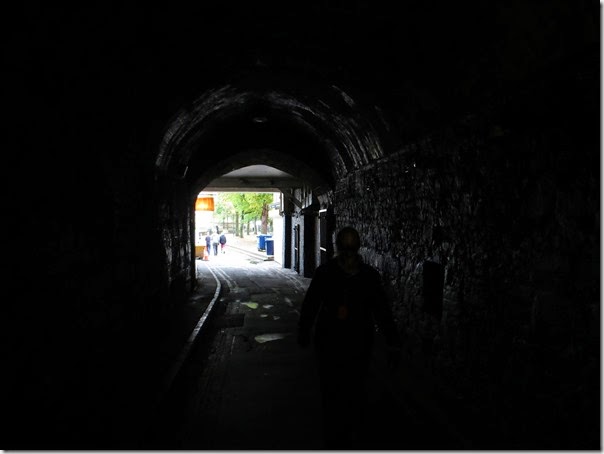 The famous bridge lined with shops over the Avon has a tunnel under it. Naturally we had to walk through it. 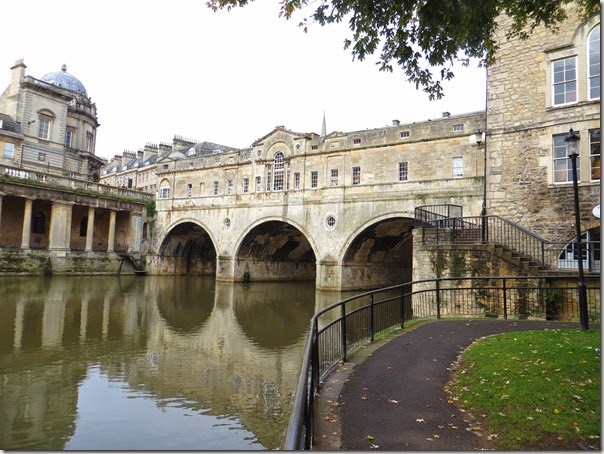 From this side of the bridge, the side facing the city, the architecture is nice. They refer to this side of a structure as the Queen Mary side. 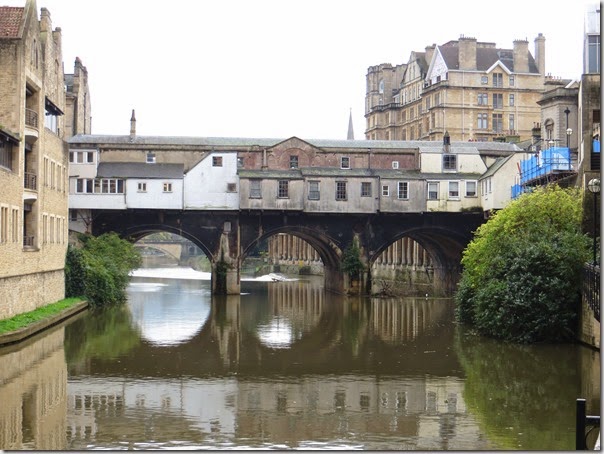 This side faced the woolen mills that lined the river upstream of Bath. Note the architecture of this side. It is referred to as the Mary Ann side, 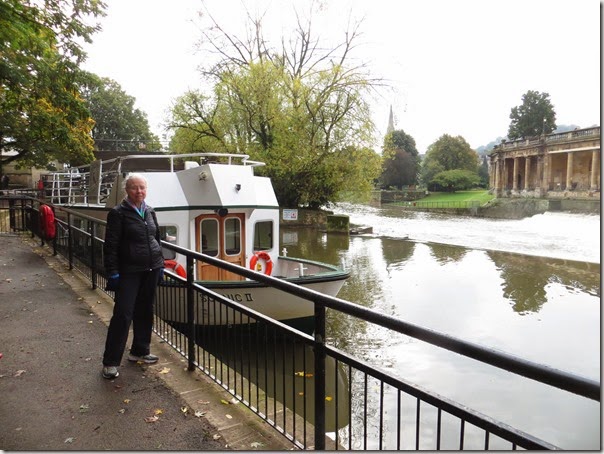 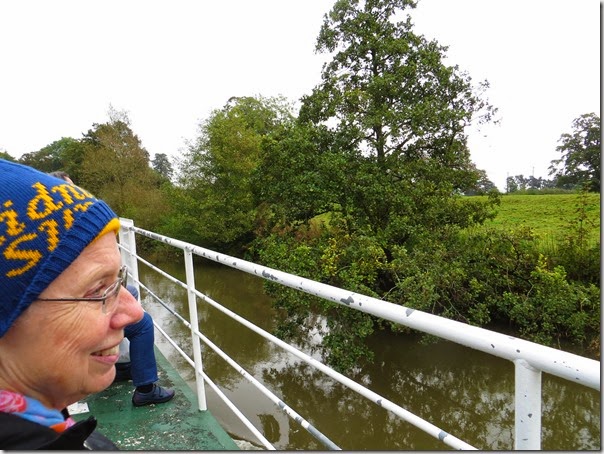 If you walk over to see the boat you just might find yourself going on the next river cruise. 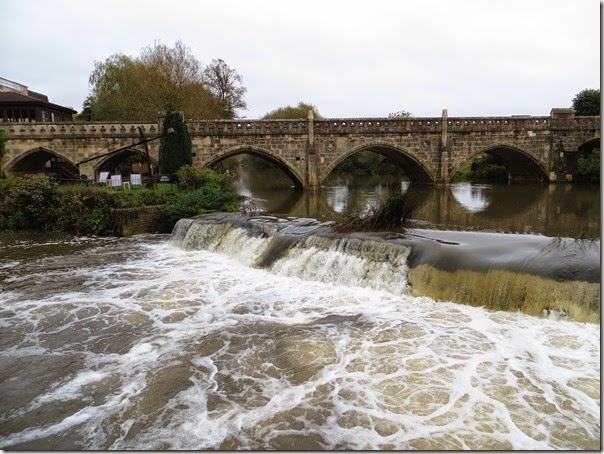 A pretty sight, but as far upriver as we could cruise. 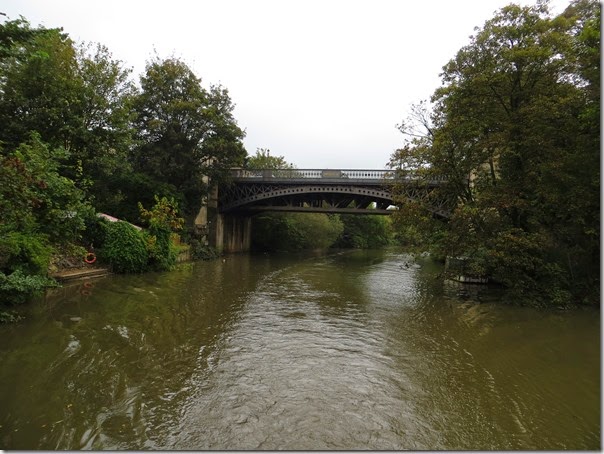 Iron bridge built in 1827. What is considered “old” varies from country to country. As the history of Bath goes, considering it was a major Roman town 1800 years ago, 1827 is rather recent. 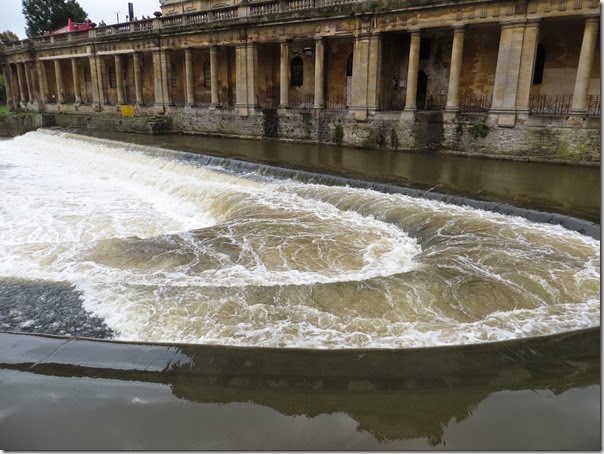 The low water dam on the river from a different point of view. To the question of what would we do if the engine on the boat failed, the only thing I could think of was, “Whatever it would be, it sure would make for a good story if we survived,” Something tells me Linda wouldn’t think that is as funny as I did. 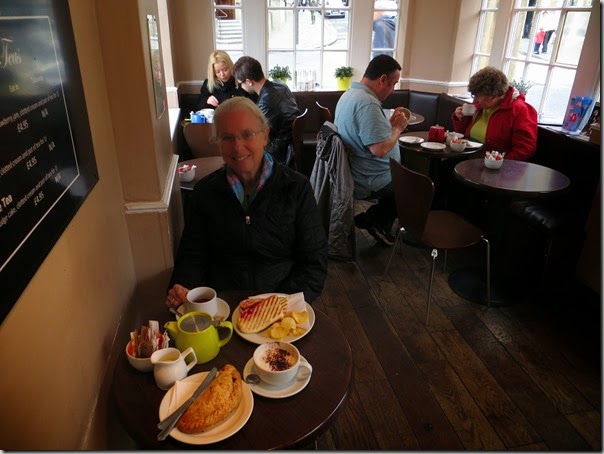 There are a number of small shops on the bridge. Linda wanted to eat in one of them. Linda got her wish. And small it was.  I asked her if she thought it was ten feet wide wide. She looked from side to side and said, “Less.” An unusual location and another great meal. Our lucky streak continues. 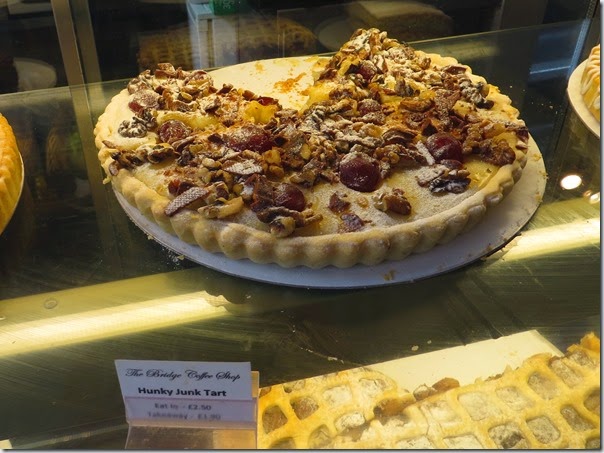 My dessert, Hunky Junk Tart. Don’t ask me what was in it, because it was literally a little of this and a little of that, plus a whole lot of sweet. 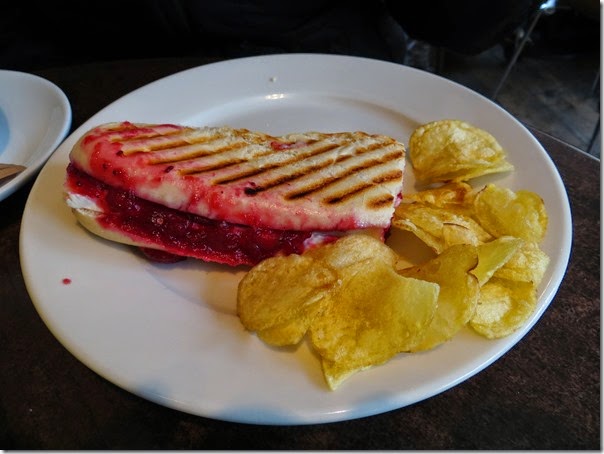 I owe it to Linda to post a photo of her main, a cranberry brie Panini. This is only the last half of it, as she had already eaten the first half before I could take a photo. The food we have had for lunch and dinner while in Bath has been nothing short of terrific. 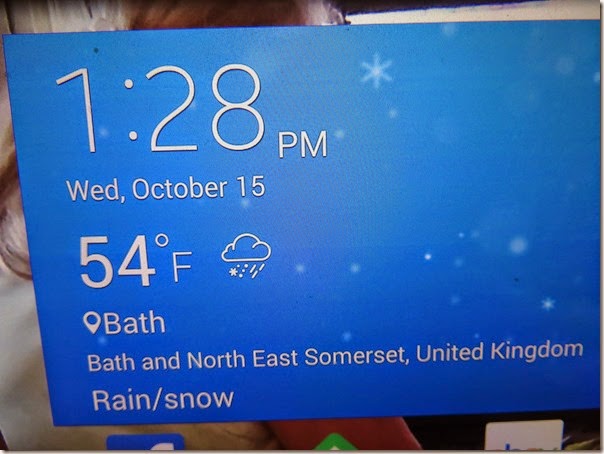 After lunch we wanted to go to a museum, but weren’t sure exactly where it was. That led to a trip back to the hotel to check the Internet for its location. Turning on the Tab this was the weather report that came up. Snow??? It was colder than normal, but snow? Luckily the only thing that fell from the sky in the afternoon was some intermittent rain. 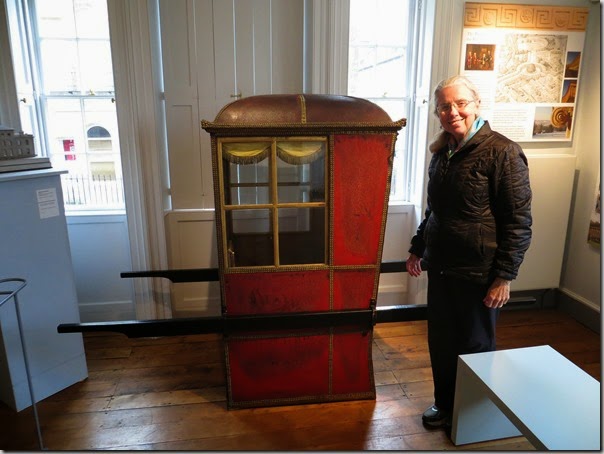 A Sedan chair. Inside sits the Lady. Outside there is a man at each end lifting it off the ground and carrying the Lady to wherever she wants to go. I was quick to point out to Linda that it took two men to carry it, not one. Boy, was that a close call. 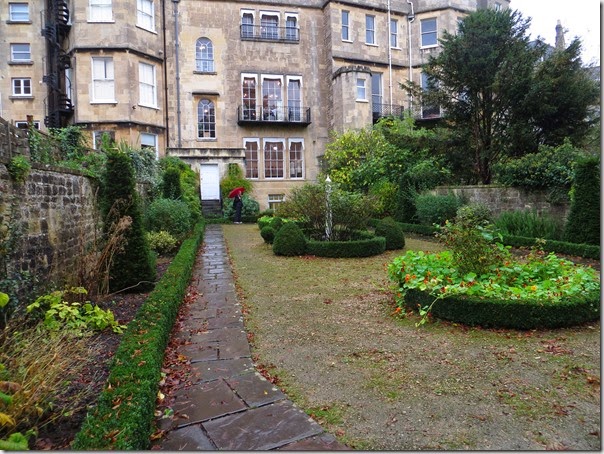 A reconstruction of a Georgian garden from the 1700’s. Research has shown that gardens before the invention of the lawn mower in 1832 were specimen plants and gravel. Even for a number of years after the invention of the mower only the wealthiest of the very wealthiest people had lawns. And what they actually had were grassland meadows with sheep grazing in them to eat the grass, but no manicured lawns. Makes me wonder about Washington’s Mt. Vernon in our country with it’s beautifully manicured lawns. How often did the Father of our Country step in it, so to speak? Can’t you hear Martha saying, “George, clean the bottom of those boots before you set foot in this house.” 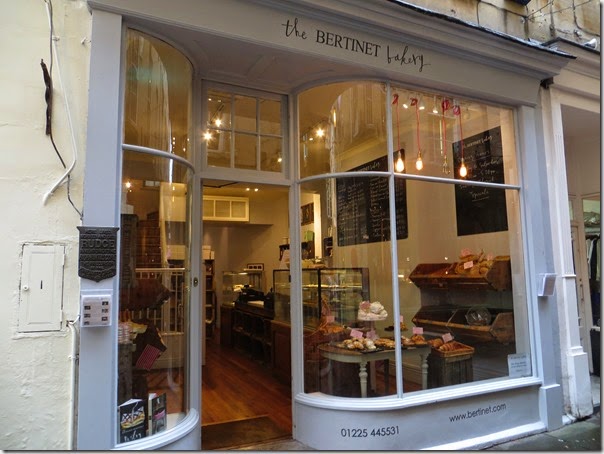 Bath is a tourist town for sure. But by going a few blocks from that main tourist area you can find places that stir the soul so to speak. Over the years we have gotten to the point in our travels where the big tourist sites hold less and less interest for us, but the result has been a far more awesome travel experience. 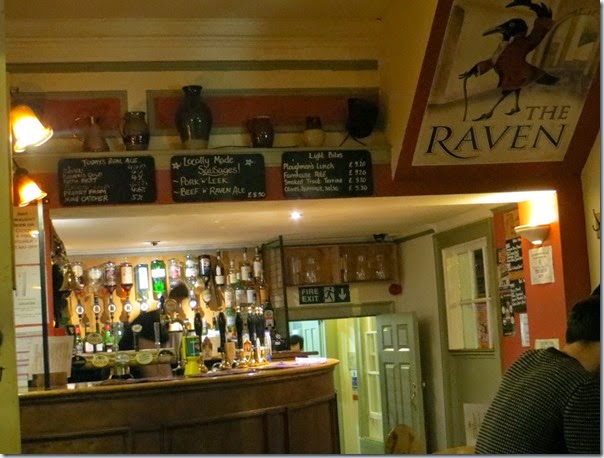 Time for something to to eat tonight, so we did our thing, finding one of those, you have to look to find it, but it is more than worth it places. They brew their own ale and you can bet I had a pint, and was it ever good! And for Linda, why Tanqueray and tonic, of course. 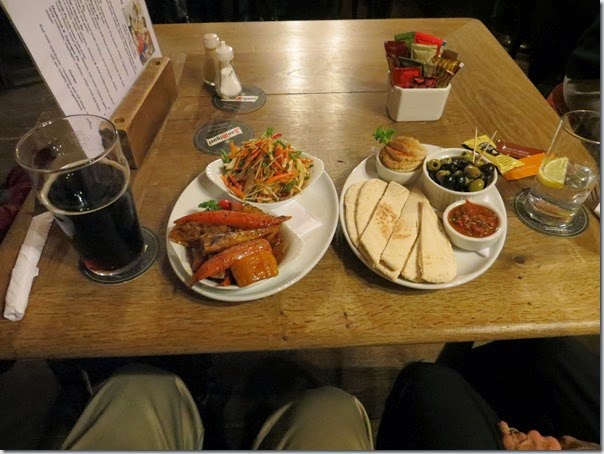 Food? Olive oil roasted parsnips, carrots and squash coated with honey. Olives, hummus and tangy salsa with pita bread. Salad, but all cole and root vegetables. We wiped every dish clean, it was that good.

This was our last night in Bath, but the memories will remain for a long while. Tomorrow morning we are off to London for a weekend of play going, then on Monday we fly back to the States. Normally when we are over here for three months, by now we are more than ready to go home. This time we have had such an awesome time these past three weeks, we don’t want it to end. We know it must but that makes us all the more excited for our next trip back. Life, we can watch it go by, or we grab ahold and enjoy the ride. And what a ride it has been!!!!