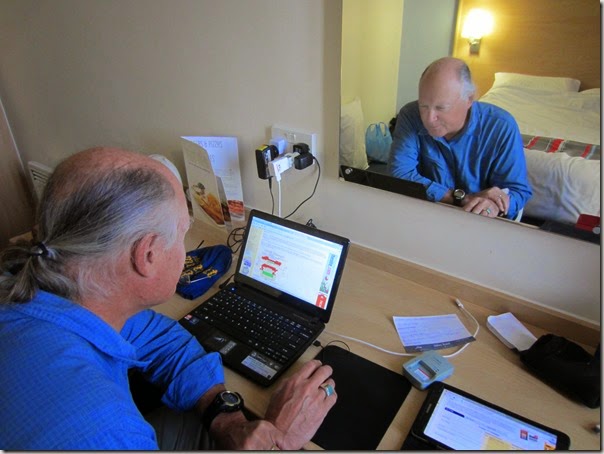 A flurry of activity greeted the day once the Sunday plays available for purchase at the TKTS booth were posted on their website. We were trying to decide which six plays to see. Since we could only find one that had a matinee today that spot was easy. Also, as far as Linda was concerned, when we saw Michael Flatley and Lord of the Dance last night, she had seen what she really wanted to see. 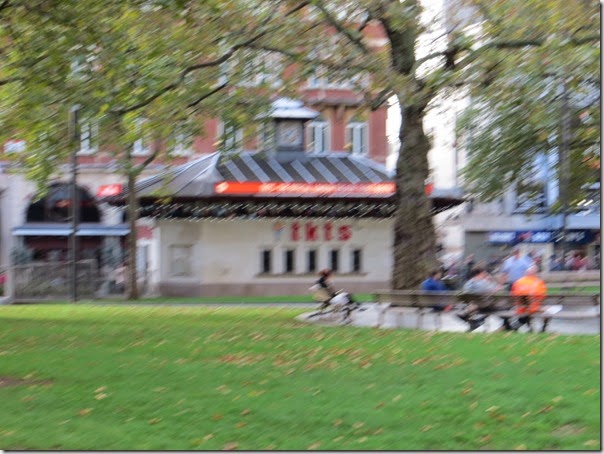 Our list completed, we zoomed off to the TKTS booth in Leicester Square. As the photo shows, we were quite literally zooming there. 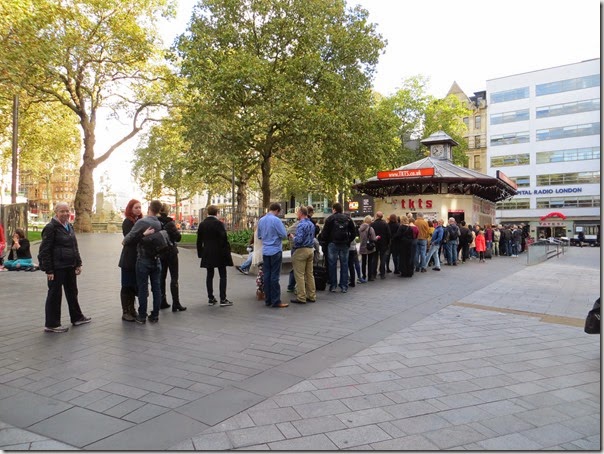 The line was long. The line moved slowly. Linda had her list out in her hand ready for the person in the box office. Our list included musicals, comedy and drama, but it didn’t included any of the gigantic blockbuster shows like Les Misérables or War Horse. We just really aren’t into those kinds of spectacular productions. With time to see only six shows we had to leave out a few we would have liked to have seen, but better to see some and miss some than not see any. 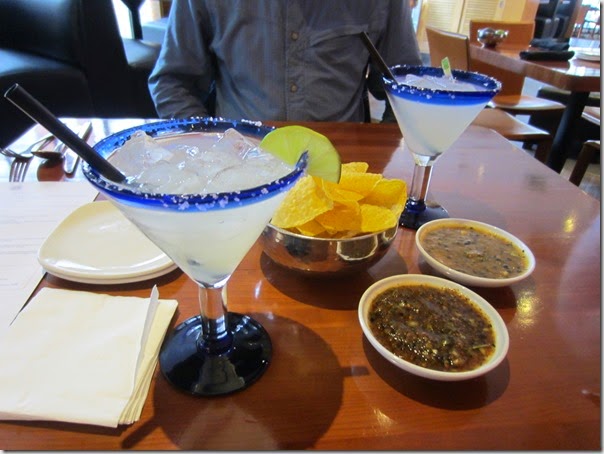 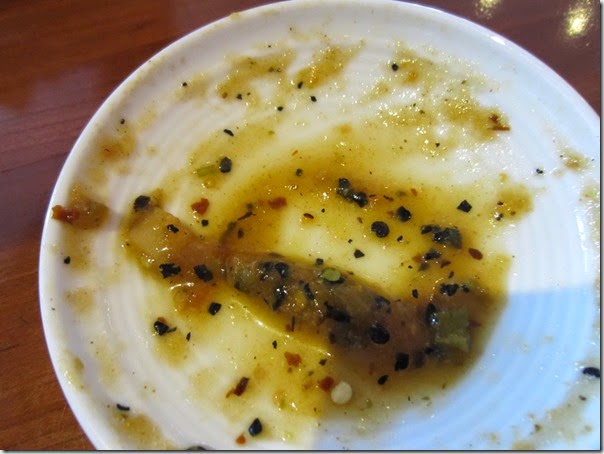 The remains of a roasted tomatillo salsa. I know absolutely and positively that Linda is going to try and come up with a recipe for it when we get back to Texas next week. 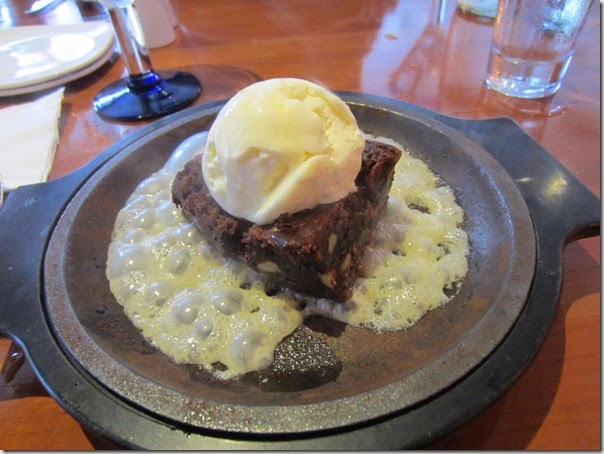 Served on a hot plate, rum sauce around outside, a nut filled chocolate brownie in the center topped with a scoop of seriously good vanilla ice cream. We have eaten dozens of desserts over the past three months, but this was far and away the best dessert of the entire trip. We told our waitress that and she commented that everyone who has it raves about how good it is. Our luck continues. 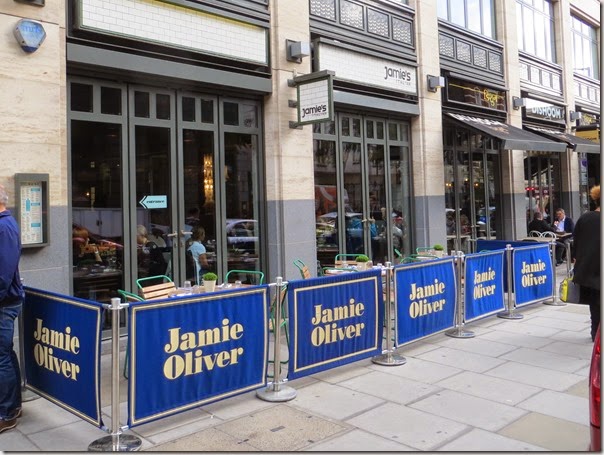 Right next door was a Jamie Oliver  restaurant. Interestingly enough, our Mexican restaurant was busier than it was. Celebrity chef’s name on a restaurant where he doesn’t cook, some people eat there, some don’t. 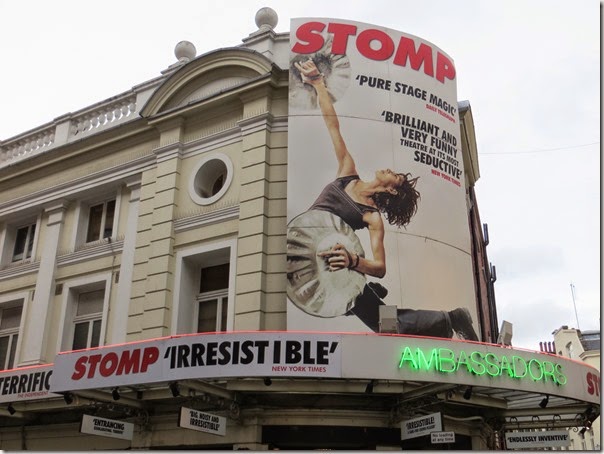 This is not the play we saw this afternoon, but it is the theater where the play we saw was performed, sitting in great seats in the 5th row just left of center. The National Youth Theater has been around for nearly sixty years and has seen such greats as Helen Mirren, Daniel Craig, Colin Firth and Ben Kingsley get their start in acting before live audiences and develop their talent in West End theaters. Today’s play revolved around the execution of a young soldier in WW I, telling his life story in a series of flashbacks. I’ll take two words off the photo for STOMP, which we will not be seeing, to describe the play and the acting. Brilliant. Terrific. It was outside the norm, but that’s what we enjoy. Besides, our theater attending habits just leave two more seats for those that want to see the blockbuster hits. 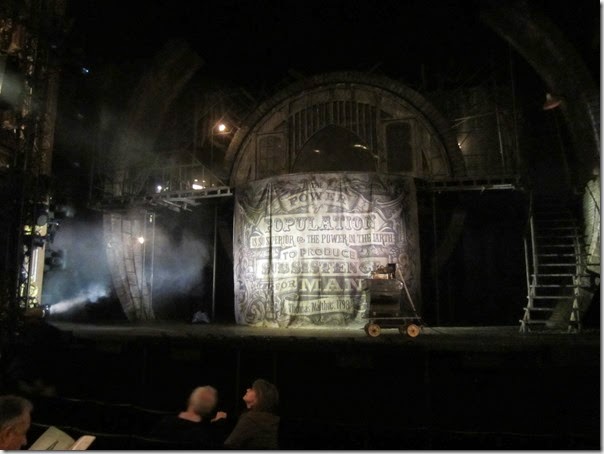 In the evening we went to see Urinetown, The Musical. Some things are difficult to explain but Urinetown wasn’t one of them since Urinetown is impossible to explain. 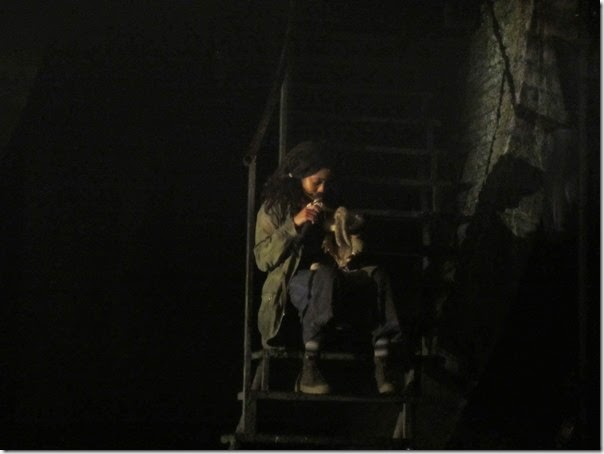 Actually the problem is that it has a little of everything. Evil corporate types, corrupt politicians, zombies, an innocent young woman, a girl in leg braces. You get the idea. It has singing and dancing. It has blood galore. 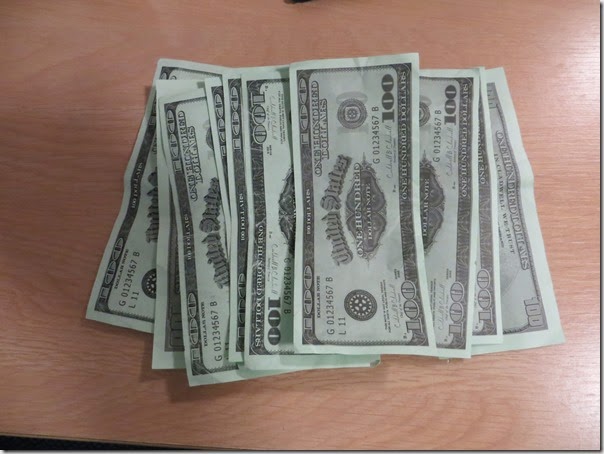 It also has money raining down of the audience, a large pile of which literally fell right into my lap. It was filled with thunderous applause from the audience after many of the numbers. For one number in the middle of an act, don’t ask me to describe it, the applause lasted for well over a minute. How best to sum it up? Signs saying “Free the Peeple”. Dancing pink rabbits. To quote Linda, “You wanted to see it, and I’m so glad we went.” Good Bob. (Weird is Good) 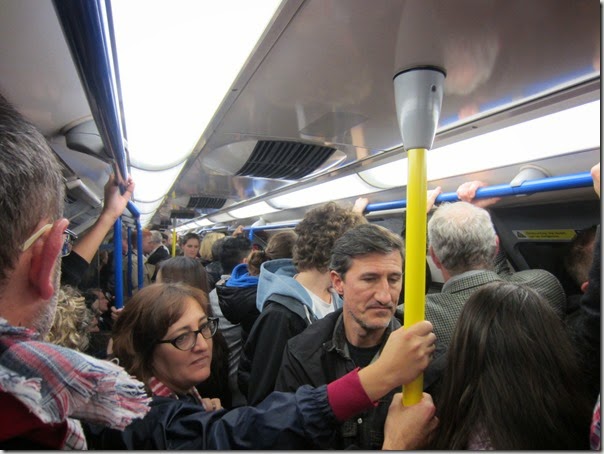 Coming out of the theater it was sidewalk to sidewalk people. Getting to the Piccadilly Circus underground station it was fight your way through the crowds. At 10:30 at night the Piccadilly line trains were jam packed. But as they say, despite the crowds, a good time was had by all. 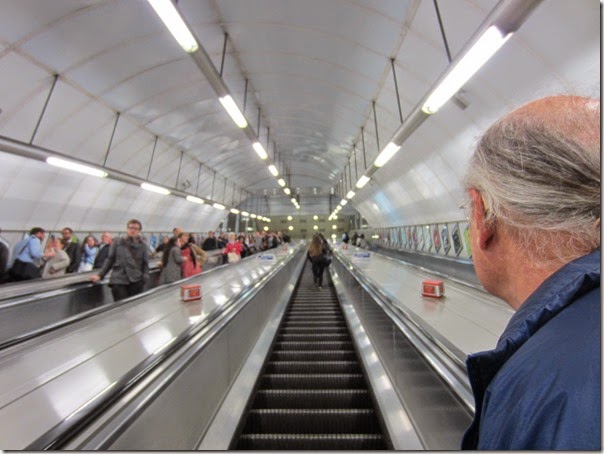 The long escalators that serve the deep Piccadilly line.  On one of our trips this morning only one of the up escalators was working with the other out of service. A lady, probably around 60, and her 30 something daughter started walking up the out of service one. When she was about half way up a gentleman on a down escalator remarked, “By now you’ve probably realized you made the wrong decision in walking.” Everyone on the escalators started laughing, including the lady. Have to love the humor of the British.