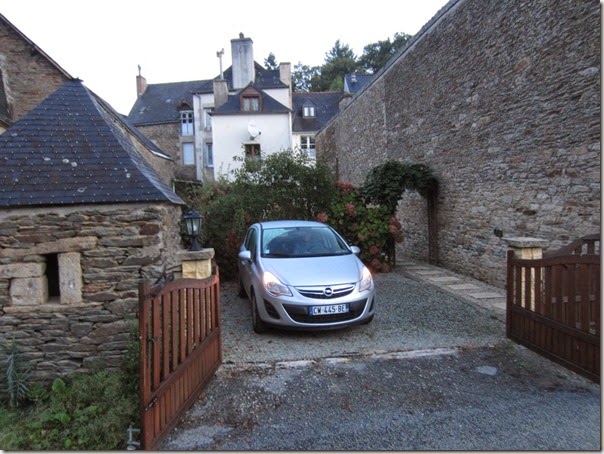 Early morning, and we were ready to leave our gite on the canal. The day would find us traveling by rental car, TGV train, Paris Metro, Eurostar, London Underground and GWR train ending in Bath where we will be staying for the next six nights. 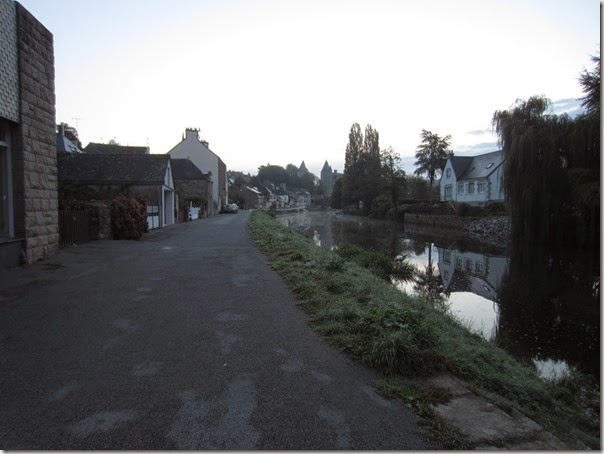 Our last trip along the canal towpath. No sun yet but the still water reflected its surroundings. Peaceful and relaxing it was. And it will be the next time we are here. 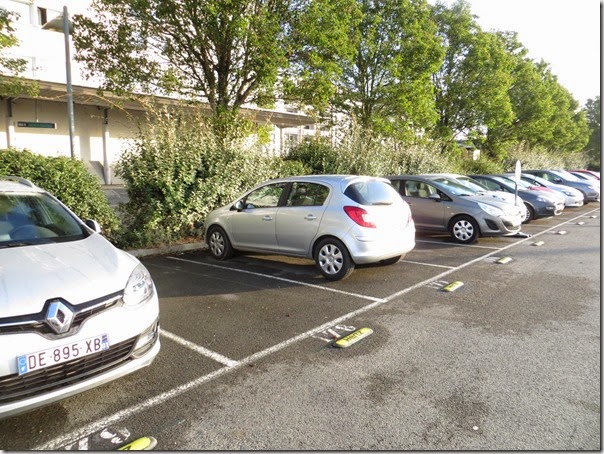 Our rental car safely returned to Rennes. We had it for two weeks and averaged a little over 100 kilometers a day. It was surprising how close to the two towns we stayed in the things we wanted to see were. But that just leaves huge areas of Brittany to explore in the future. 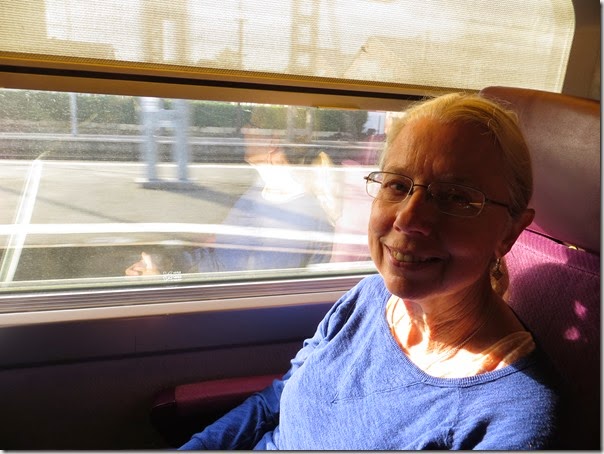 Relaxing in our seats on the TVG on the way to Paris. 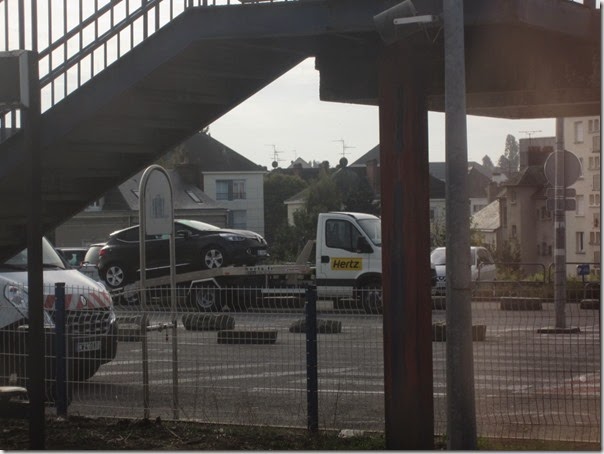 We had rented our car from Hertz. At one of the stops on the way to Paris Linda saw a car being loaded onto a Hertz tow truck. All she said was, “That’s not good.” We had absolutely no problems with our car which was an Opel diesel with standard transmission. Besides being small and easy to maneuver on the narrow roads and streets of France, it also got fantastic fuel mileage. 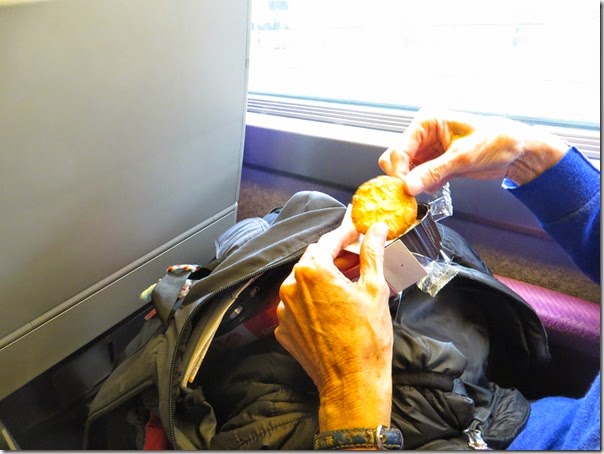 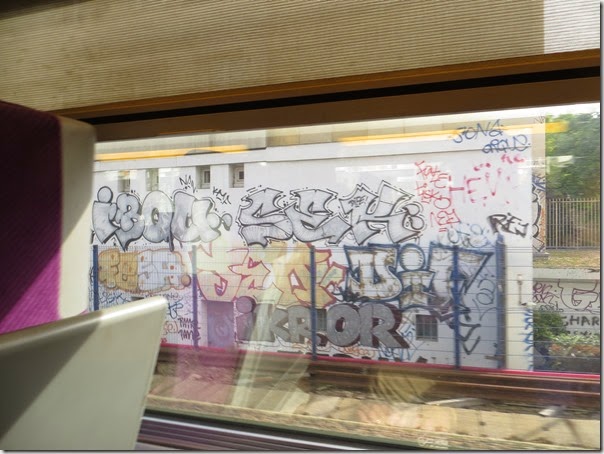 It was easy to tell when we were approaching Paris. Graffiti everywhere, something we had nor seen in Brittany. 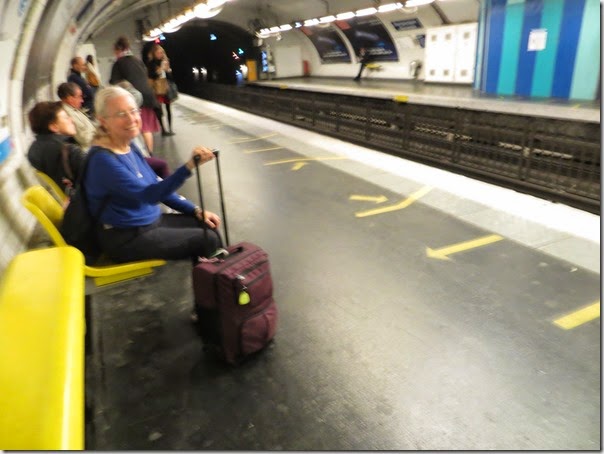 Waiting at the Metro station. We took the Metro from Montparnasse to Gare du Nord. 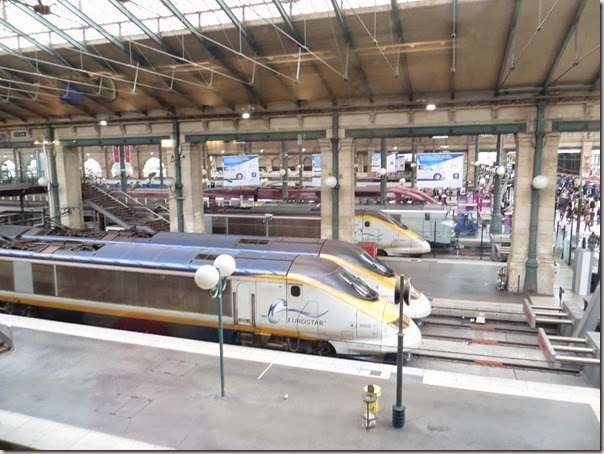 Our Eurostar train. Eighteen cars and every seat filled. Going by train under the English Channel is very popular. 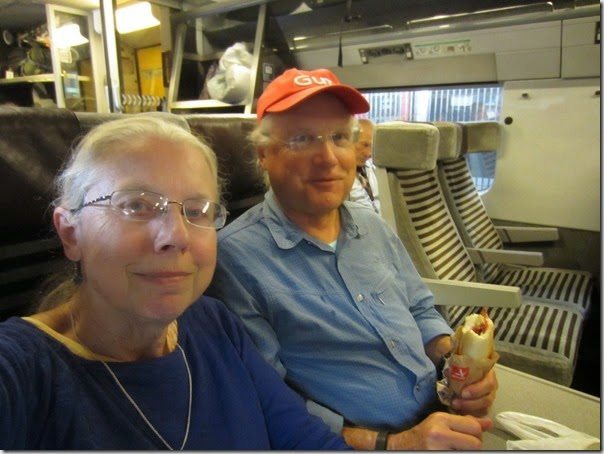 We got lucky and were among the first to board as we had been standing near where the walkway to the train was when they allowed passengers to leave the boarding area for the train. In our seats, Linda said she was hungry and out came our last French sandwiches we had bought before we checked-in. 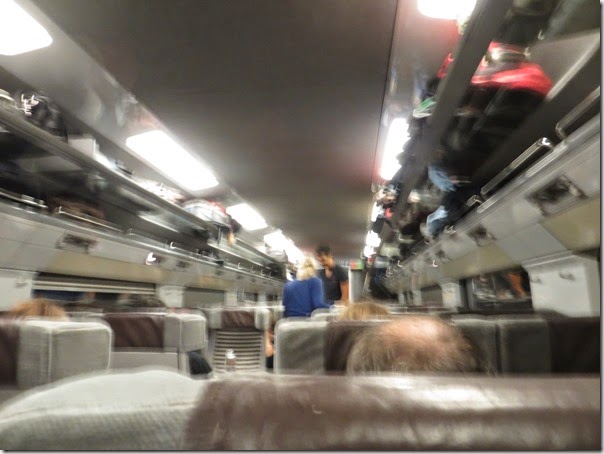 What it looks like inside the train going through the tunnel. 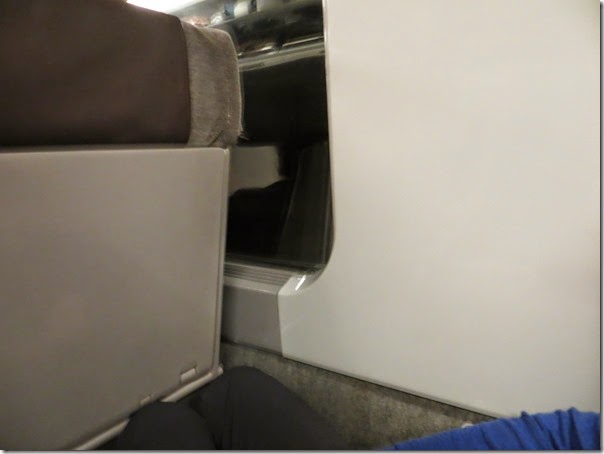 Outside view going through the tunnel. We never did see a light the entire time. 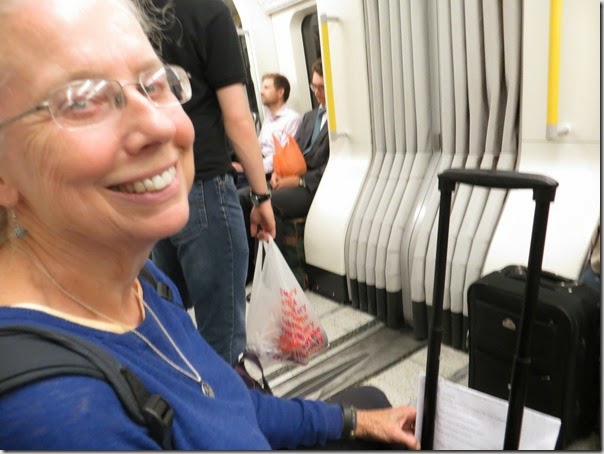 On the Underground going from St. Pancreas to Paddington. The Oyster cards we had from our last stay in London worked great. It did take us a few tries to get them topped off, but it just served to be a nice diversion from what was a routine trip. Think of first waiting in line for a machine that only took chip and pin credit cards and you get the idea. Linda was still laughing about my inability to find the right line as you can see. She may want to rethink booking her travel with Britain by Bob. 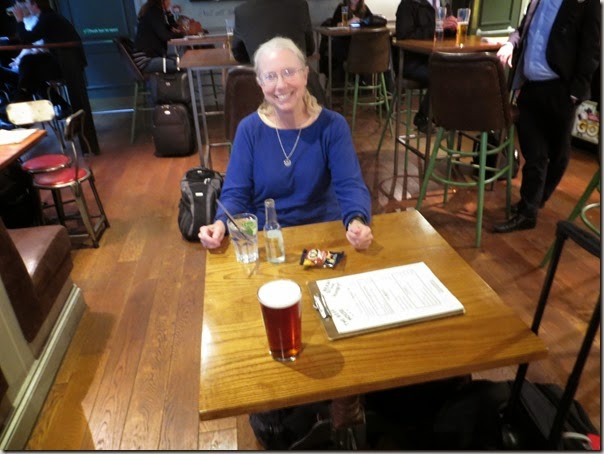 Happy Linda, that first real English double gin and tonic. We had a great time waiting for our train to Bath as we sat here with songs of the 60’s filling the air. 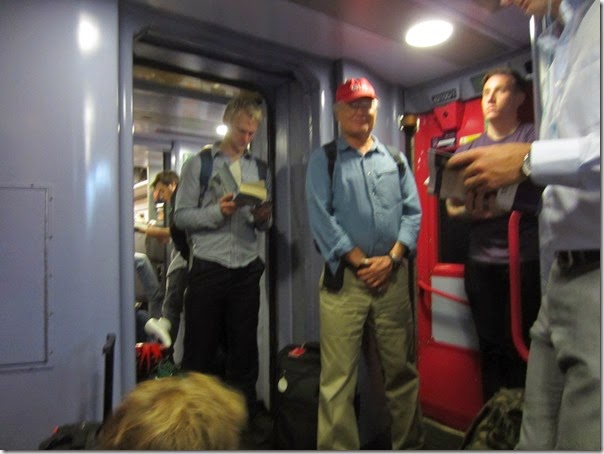 The train to bath was completely full. So full it was standing room only with the entrances jammed and the aisles full. Linda stood for the first two stops then got a seat which is where she took this photo from. I ended up standing except for the last 15 minutes of the 1 1/2 hour trip. It really wasn’t that bad, just lock your knees, close your eyes and rest.

Interesting mind games as I could imagine this being a train hurtling through the night during WW II carrying troops, or families being relocated to the countryside from the big cities because of the blitz. The young man with his back to the door was on a weekend pass from the British Army. Later he was trying to to open a bottle of beer when Linda dug out the bottle cap opener she carries. Talk about one happy person. It’s things like this that make travel so awesome.