We arrived this morning in Santiago via that overnight flight on Delta from Atlanta. Of course the amount of time for sleeping was as usual, a little bit less than the hours of the flight. First there was a hot towel that was served everybody, then a Bellini and finally the meal and drinks. That of course they had to come through and clean up everything from the meal which meant that we had lost about two hours off of our 9+ hours of flight time. In the morning all the lights came on which was followed by a small breakfast an hour and a half before we arrived at Santiago. So subtracting 3 1/2 hours from the nine-hour flight didn't leave much time for sleep. Nobody ever said traveling overseas was easy. 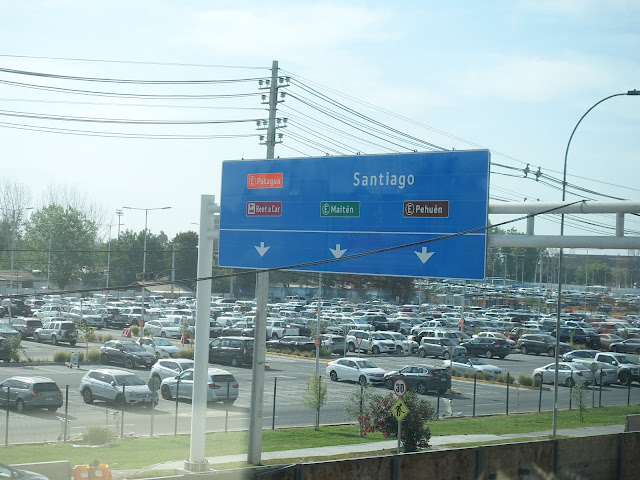 There have been huge ongoing demonstrations against the government particularly their president. Chile was to host the APEC conference just about now. Because of the demonstrations Chile pulled out of hosting this very important economic conference. 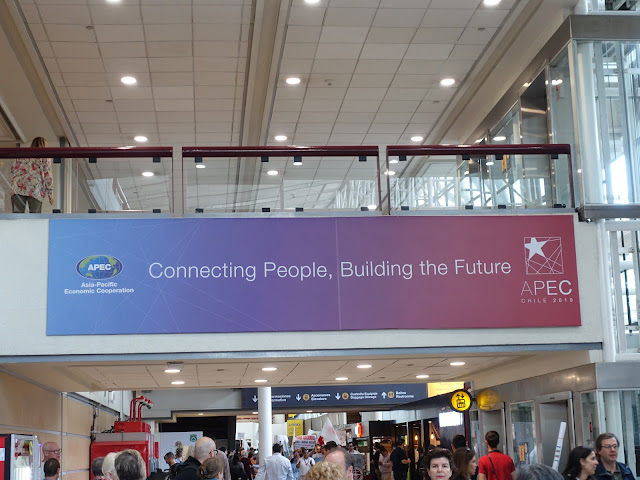 Speaking of demonstrations there was one that came through the area where we were assembling into our groups before being bused to our hotel. Whistles and horns in an enclosed area like this make a horrific sound. 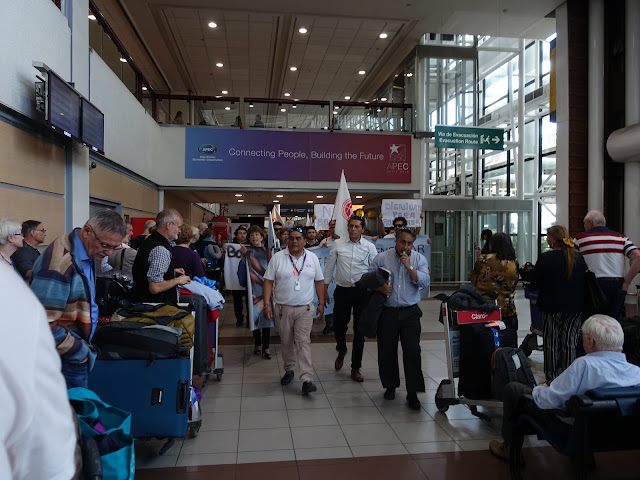 This demonstration was members of labor unions that work at the airport that were demanding economic justice just as the hundreds of thousands of people that gather to protest in the streets are doing. The economic disparity between the super rich and the rest of the country has truly sparked the anger of the masses. Not many days ago more than 1 million people gathered in Santiago in a day of protest. The president says he will make changes, but the people see no changes. Since he is a multi-billionaire the masses have no trust in him to improve their plight, rather all they seem doing is lining the pockets of his fellow billionaires. Other than the demonstrations it sounds a lot like what's going on in our country. 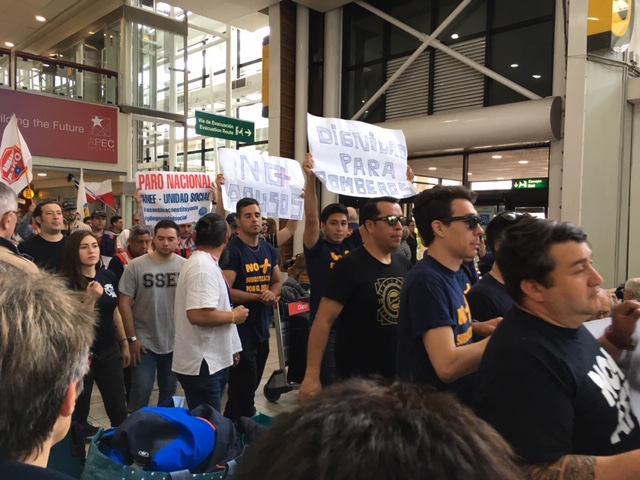 The police have been caught doing horrific things to demonstrators over the last month. Here they were keeping a very respectful distance from the demonstrators. 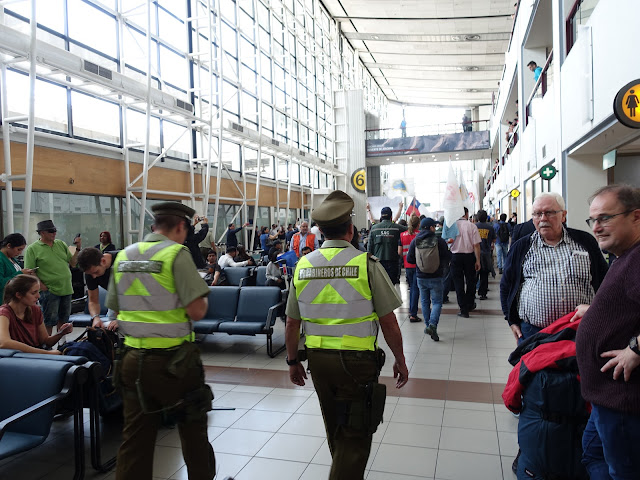 We never did understand why we were grouped the way we were, but there were about 30 people in our group that got on her bus. Rather these are the people that will be in our group during our voyage we don't know, but what we do know is that there are virtually no Americans on the tour. It's just like when we've gone on other Hurtigruten ships in Norway, almost everyone is from Europe. 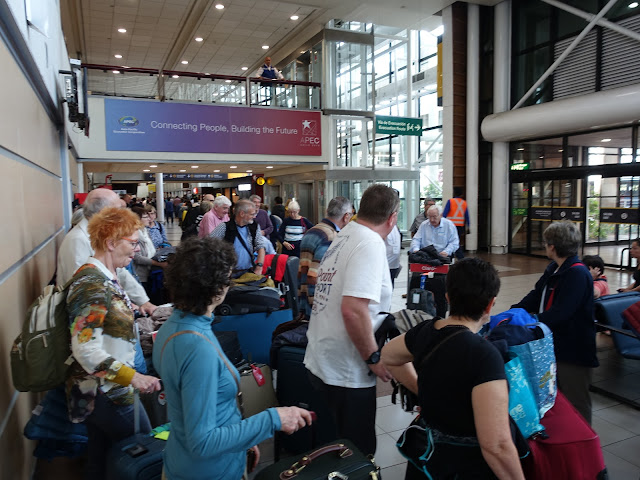 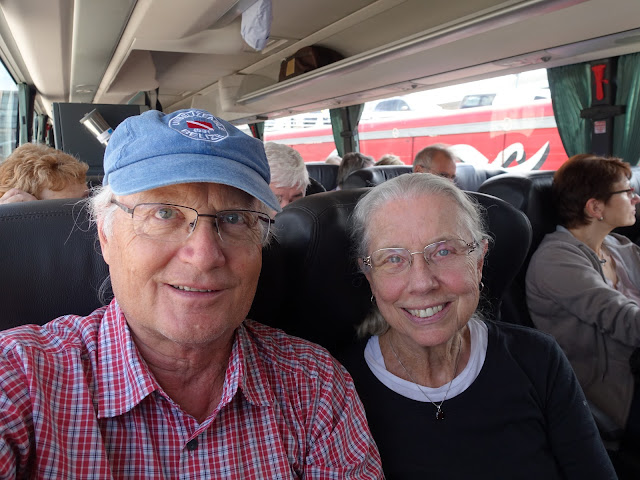 Wooden shacks of the poor along the road as we drive into Santiago. 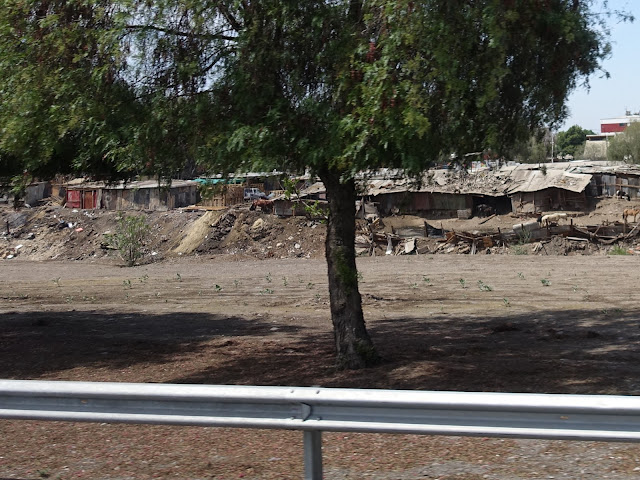 Apartment buildings along the road as we drive into Santiago. 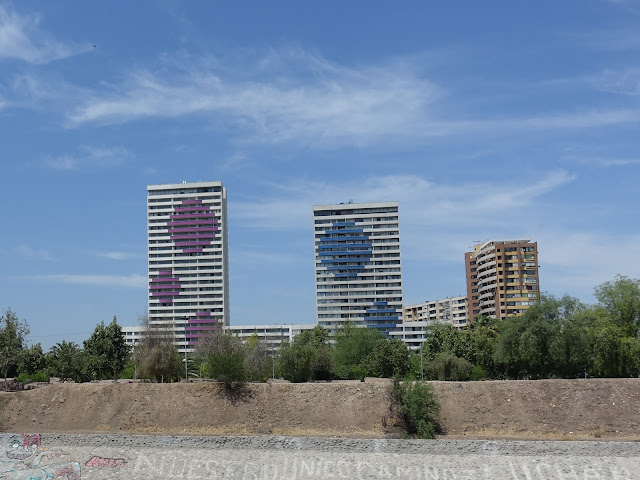 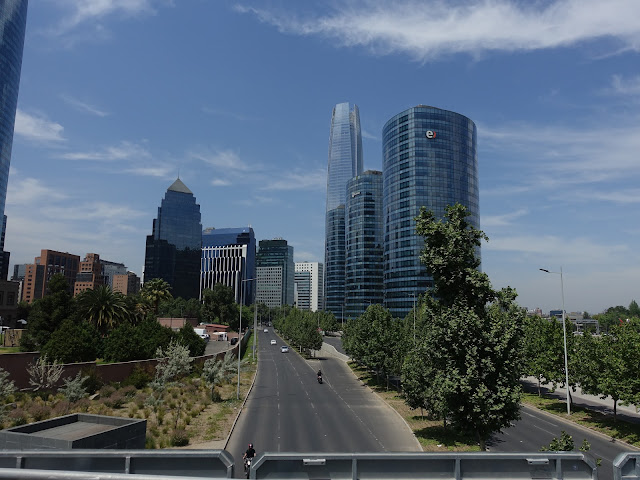 Just to prove we really are going on an adventure where we will be setting foot on Antarctica. And no, I will not be wearing my Tevas on Antarctica. Or at least I think I won't. 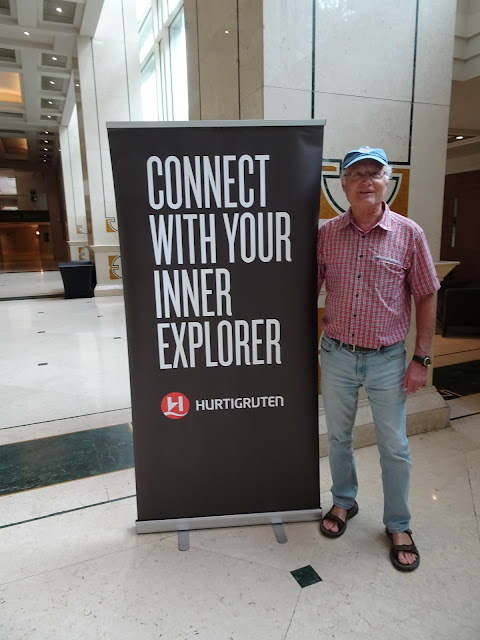 With very little sleep last night Linda do had to get comfortable and do a little catch up. 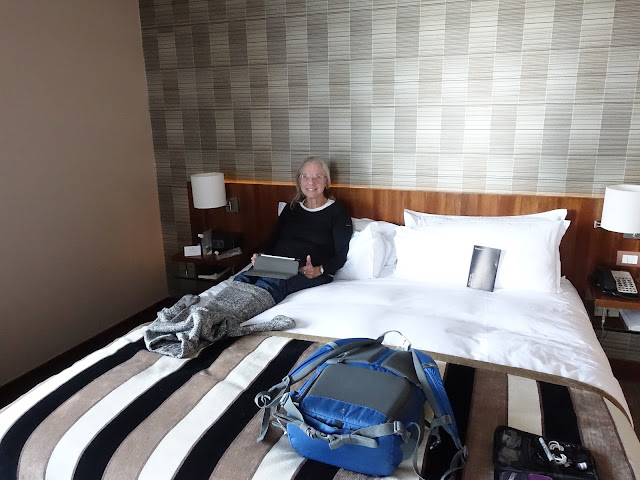 Santiago is is very pretty town as seen from our hotel. 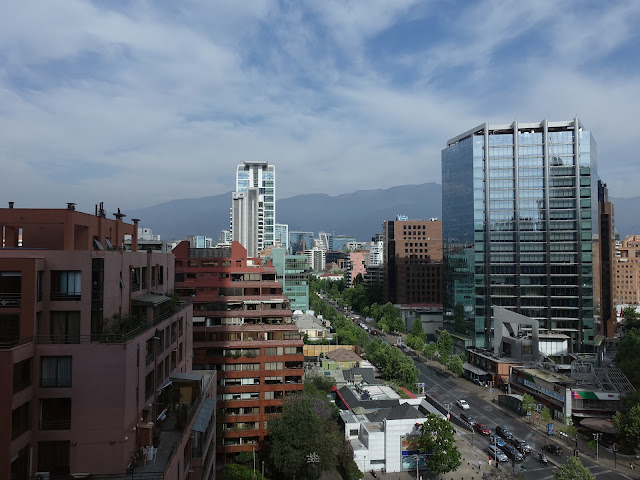 View from the window of our hotel. And yes there are flowers that grow on the walls of our hotel. Linda really like this picture and the reflection in the building across the street. 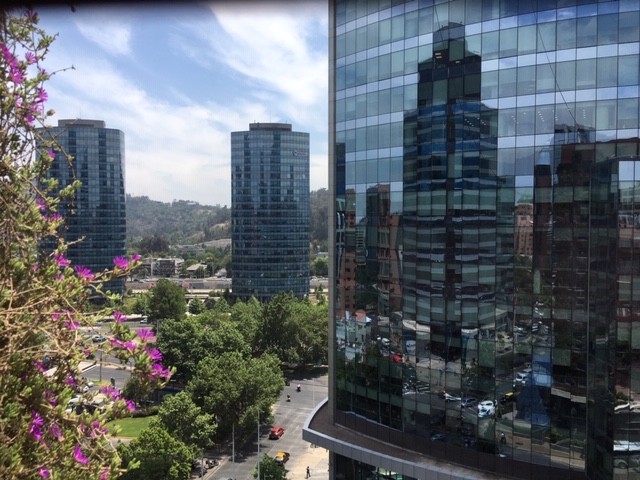 The outside of our hotel a room is on the 13th floor in the corner on the right side so we have two different views. 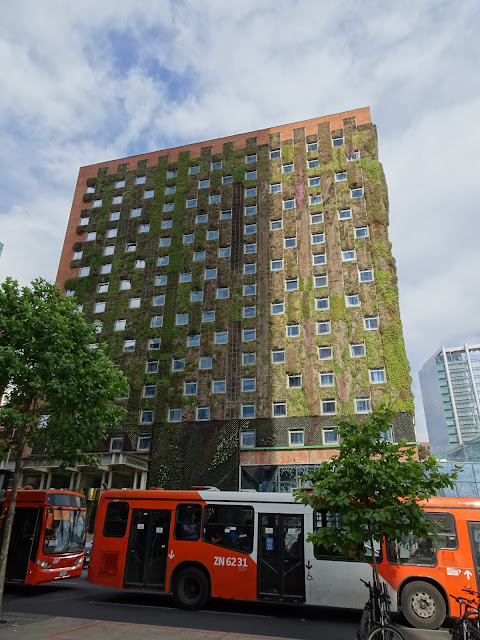 Seen along the street. 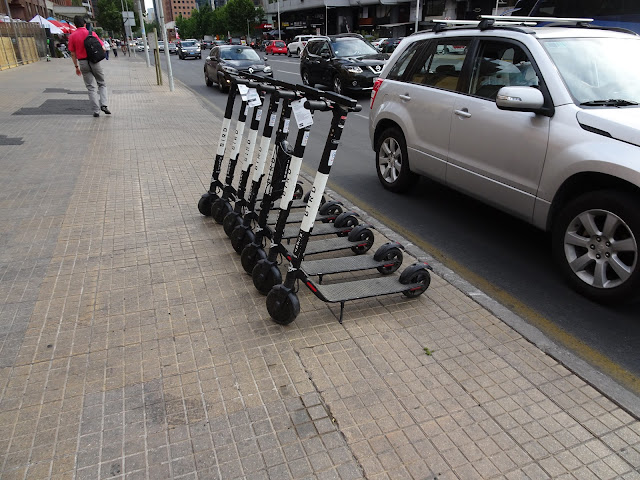 They seem to be everywhere. The writers however are very considerate and seem to yield to pedestrians. Maybe there's a law, or maybe they are just considerate of others. 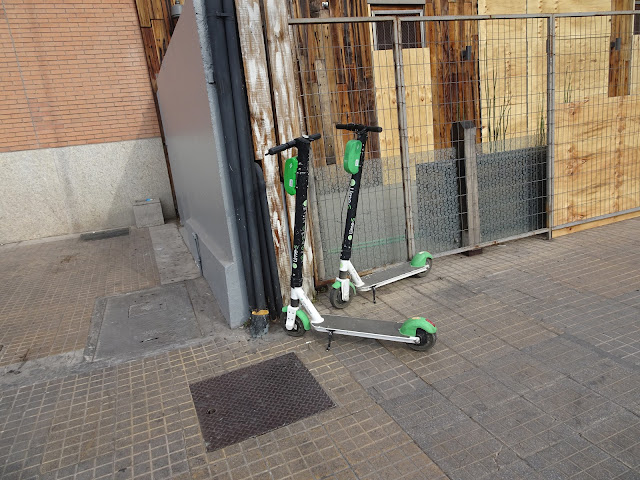 We are on the first flight. Another night with very little sleep! 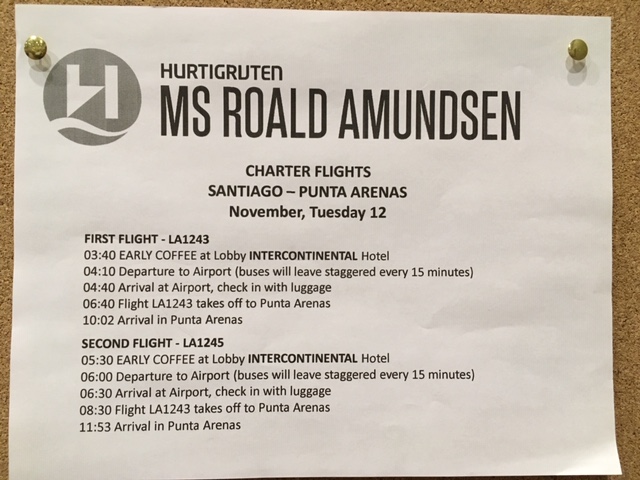 I'll leave with a note of caution. Once we board the ship Internet is something that is extremely limited so I have no idea whether I'll be able to post the blog anytime over the next several weeks. I will be writing every day and once we return to where there is reliable Internet I will be posting again. As I posted the other day you can follow the progress of the ship by checking the her to grid website for our ship.
Posted by Bob and Linda at 12:24 AM