There is more to this photo than meets the eye. The box is our laundry box which holds our clothes when they are returned to us. When Linda checked it was missing two items we had sent to the laundry, my plaid shirt and Linda's black sweater. She called reception and they said the room steward would be by to check on it. Marco is super and we really enjoy him. He even cleans the bathroom twice a day. Anyway, he soon stopped by and pointed to the closet rod where both items were hanging.. Linda sure got a good laugh from that. 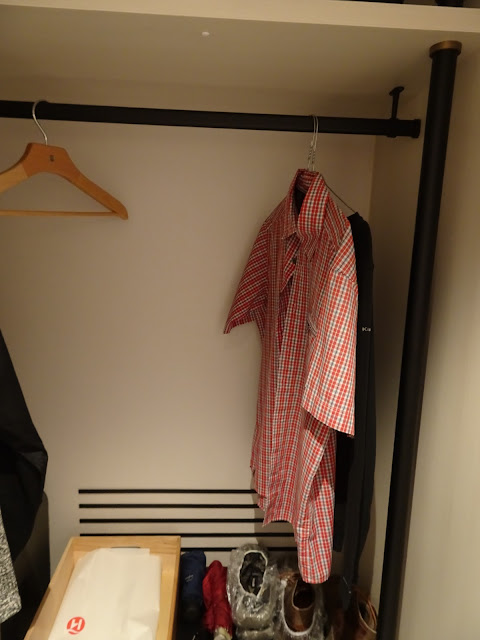 Today we go ashore on Cape Horn, which is actually an island. We travel ashore on zodiacs, 12 passengers at a time. Because of the restrictions on the number of people allowed ashore at any one time, we are assigned groups. Our group is 'light mantled snooty albatross'. The first ones left at 9 am, and it was after 4 pm when the ship finally left the Horn to head across the Drake Passage to Antarctica. 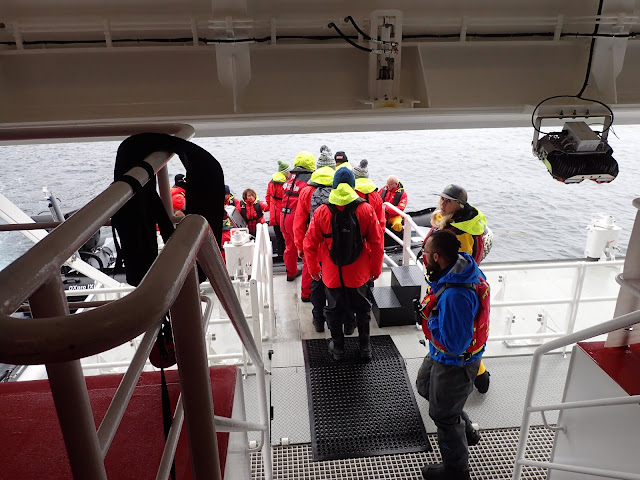 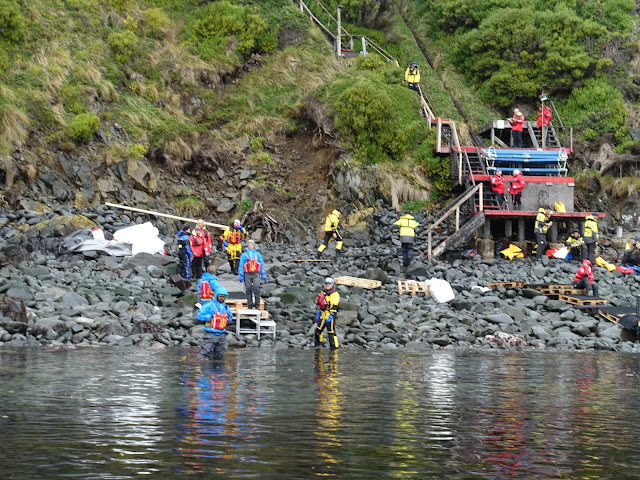 Because the landing area is so rocky, the Expedition Team had to build a landing area and walkway to make it passable. It doesn't look like much but it's actually an engineering marvel because it worked great. 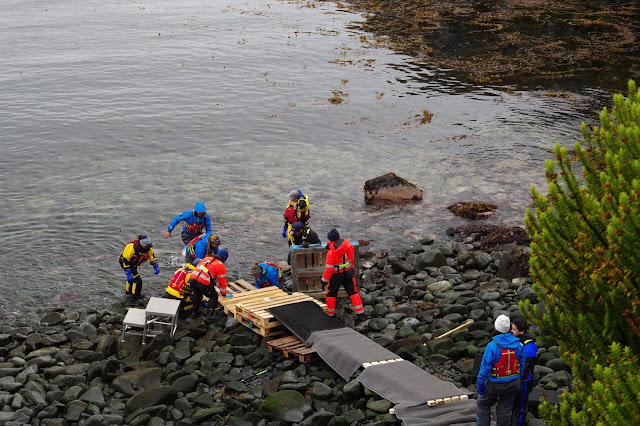 You sure didn't need to worry about making a wrong turn when you stepped off the front of the zodiac because the walkway was the only way to get to where we needed to be. There was one seat left on the zodiac when we reached the loading room on the ship and Linda volunteered me to go on that trip. It meant I was there when she came on the next zodiac. She somewhere in this picture. I think. She just leaned over my shoulder and said she's the yellow hood towards the back on the right-hand side. You couldn't prove it by me, but she knew where she sat. 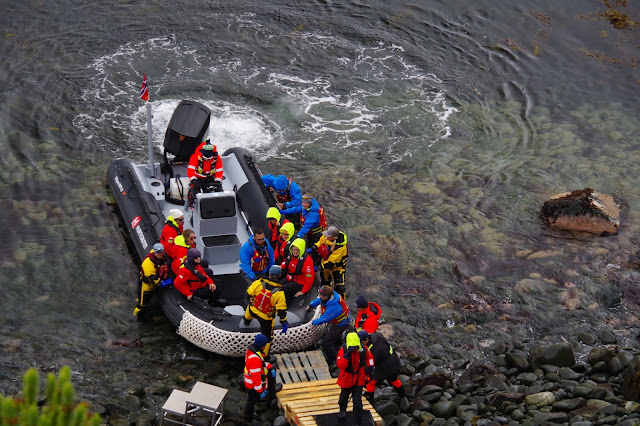 There were over 170 steps to the top, and those large boots that have absolutely no been to the sole made walking a little difficult until we learned how. That's Linda in the middle of that little bridge. It's great she still had a smile on her face after coming up at least 150 steps. 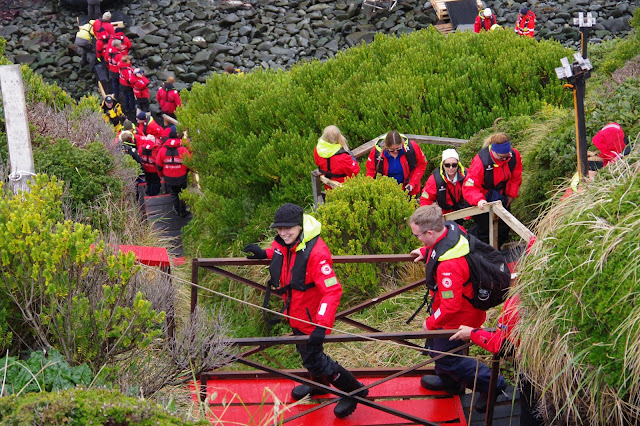 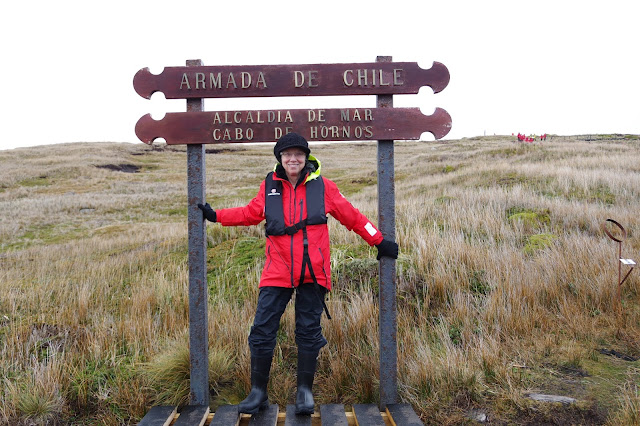 You can tell it's windy by my lopsided hood. Compared to what the wind was like when we left the Cape several hours later, this was a mild breeze. 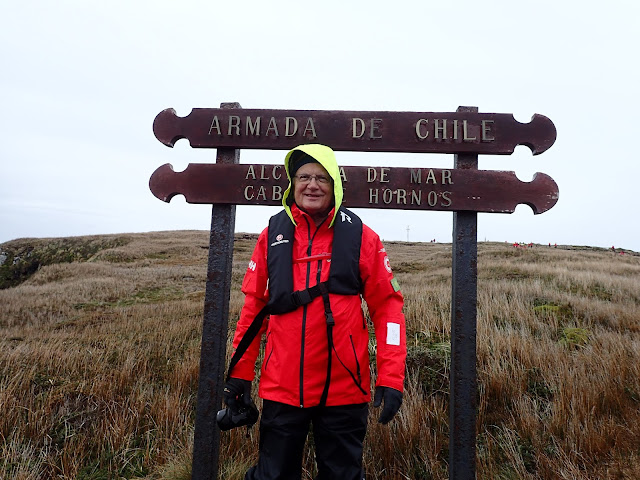 There was a small lighthouse on the Cape and of course we had to climb the circular stairway to the top. 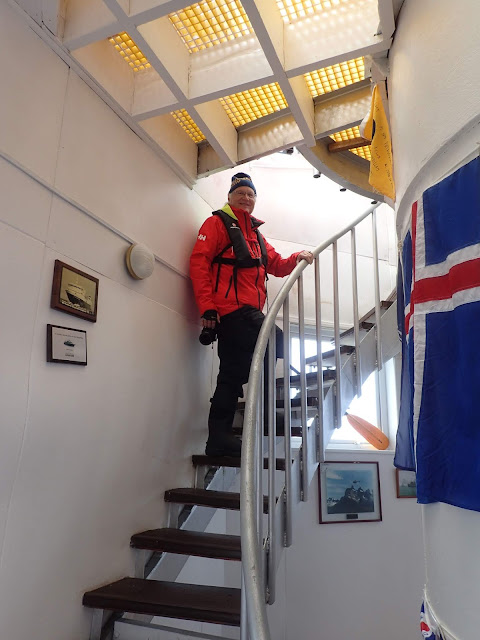 Metal sculpture of an albatross. 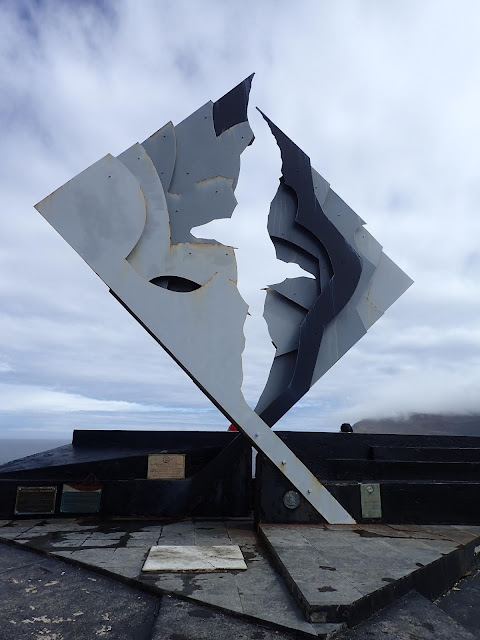 We were told that oftentimes groups cannot even go ashore because the weather is so bad and for many of the groups that do get for sure they can hardly see anything due to the clouds, rain or fog. We were told it is extremely unusual to be on Cape Horn with weather like this. I do have to say that when we first left the ship it was raining so we did get to experience a little of each type of weather. 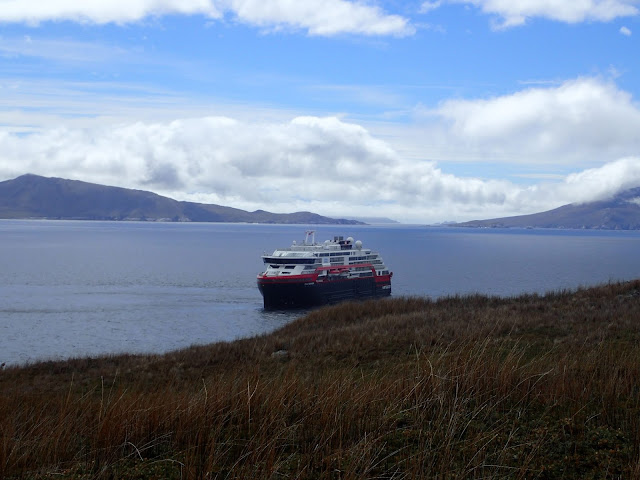 You cannot walk anywhere but on the boardwalks which are somewhat narrow. You quickly learn the easiest way to pass anyone is for one of the people to turn sideways. I was able to talk this lovely model into demonstrating how it is done. 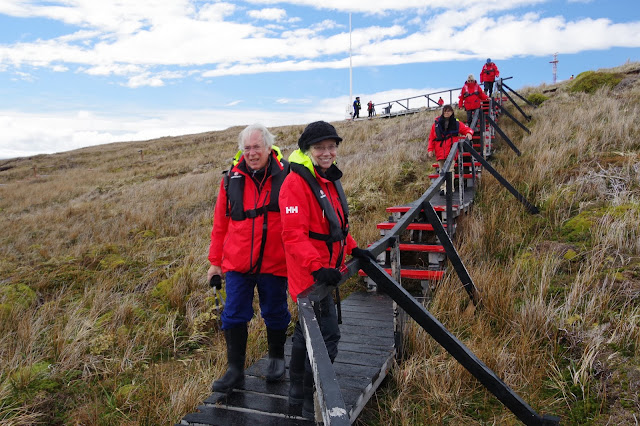 Love the look on Linda's face. Our zodiac driver had fun with us as he liked to go from a standing stop to full speed in two seconds. Of course we're just sitting on the sides of the zodiac so it can definitely be a thrill. 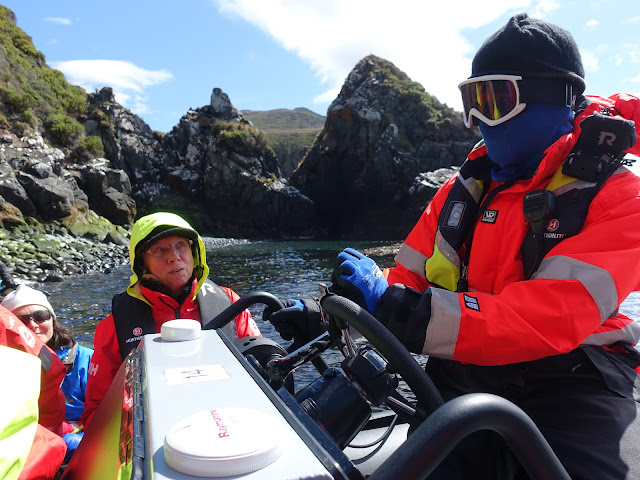 Perfect timing for a picture, Linda hanging on and letting out the screech. 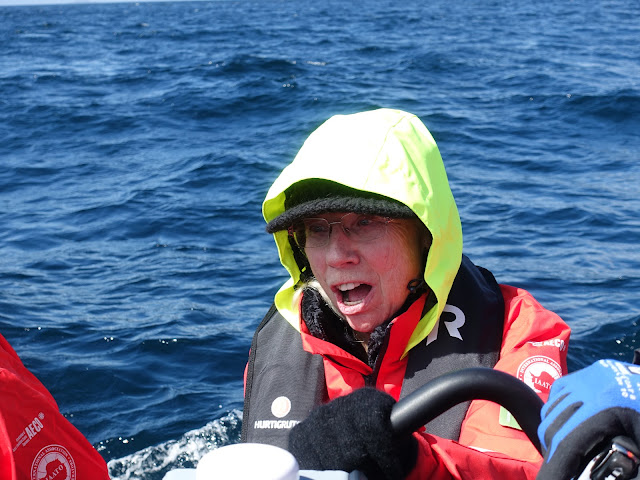 After dinner we went out on our balcony, dressed very warmly I might add, and watched the albatrosses flying back and forth beside the ship. Gray skies and looming darkness didn't combine to make the best photo. 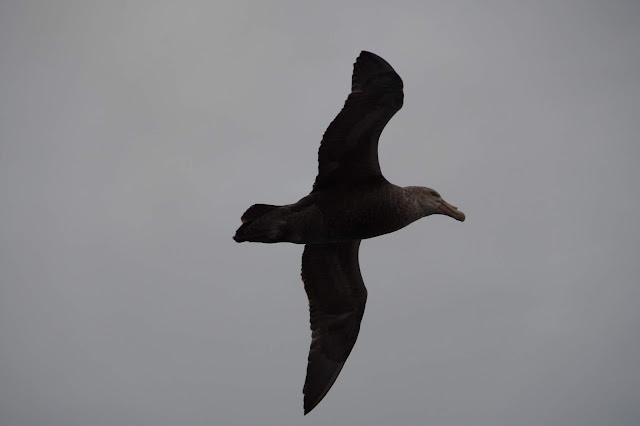 A few adjustments to the photo and the bird is a little more true to life in it's coloring. 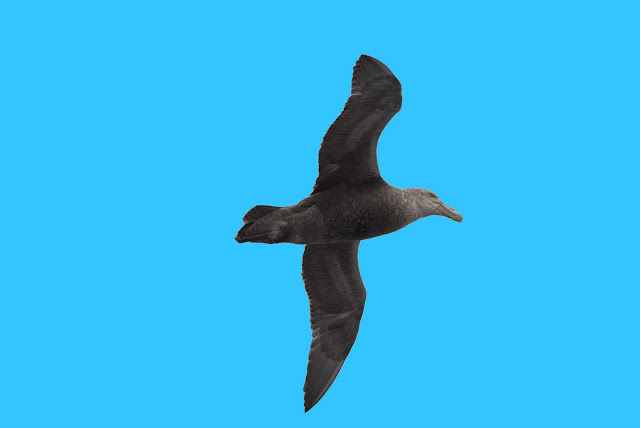 Mirrored selfie of the the day of us in full gear. After dinner Linda went into full anti-seasickness mode for the Drake Crossing. There is no way she is going to get sick. 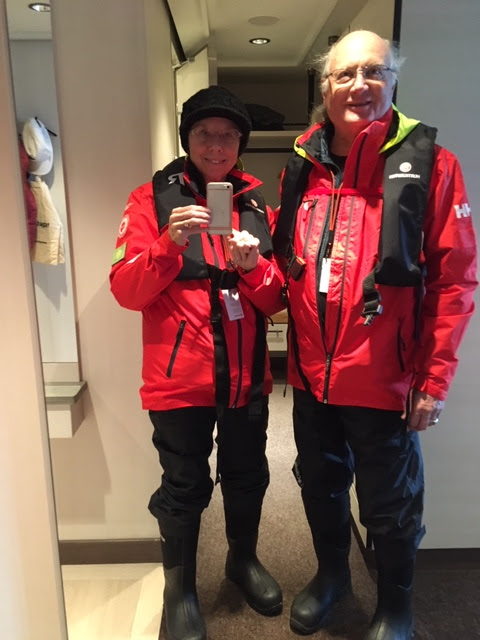