With our luggage taken away last night we didn't have much to pack this morning, just a few items to go into our day packs. 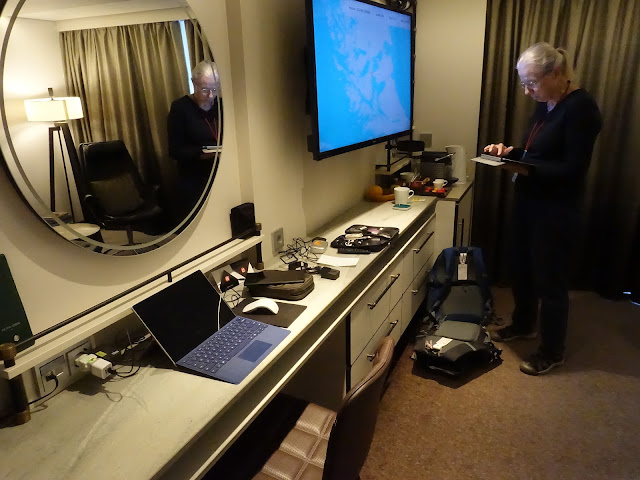 The view from outside on our balcony showed we were docked at the pier in Punta Arenas beside another Antarctic expedition ship, The Megellan Explorer. 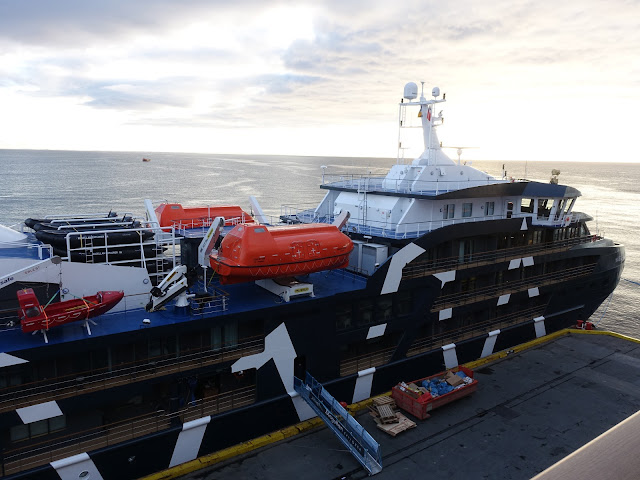 Baggage being loaded for transport to the airport where it will be checked for us, meaning we will just have to pick it up at baggage claim when we arrived at the airport in Santiago. 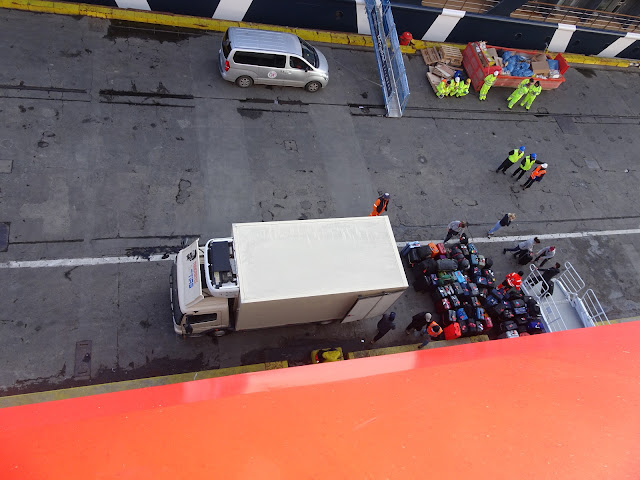 Breakfast was served early, though it didn't matter for us as we were in the last group to depart the ship which would be at 10 o'clock. Linda knew how to pass the time as she waited from 8 o'clock when we had to vacate our room until we left the ship two hours later. 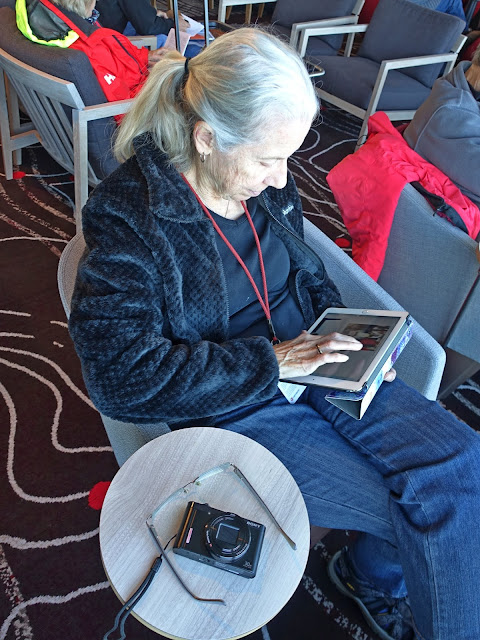 I took advantage of the time to write another blog post, having uploaded the photos during the night. Posting the photos at night had worked great, except for when we were in extremely rough seas when they simply didn't go up, likely due to problems with the satellite connections due to the motion of the ship. You might notice we both have our jackets on. That's because with the big side door open and the departure ramp down the cold air just pours into the ship. 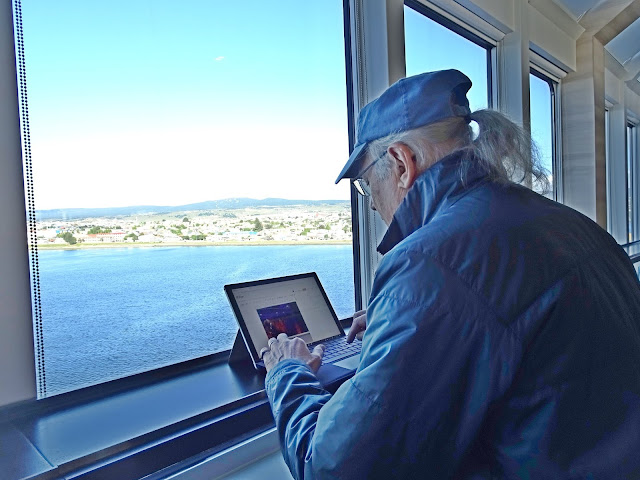 We were the only ones relaxing and waiting for the bus to the airport. 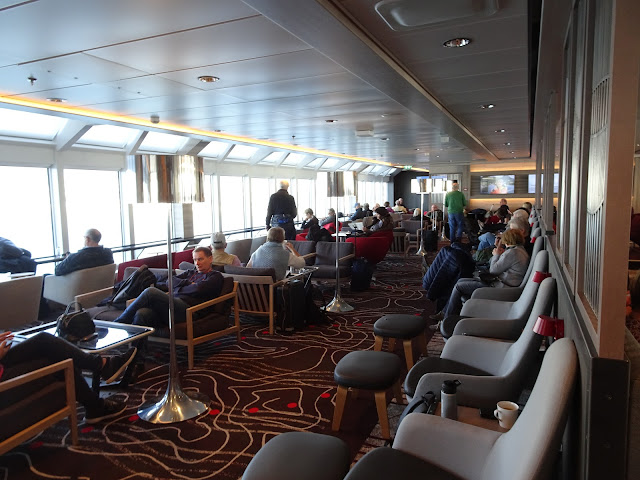 It was fascinating watching the tugs pull this ship away from the dock in front of us, then maneuver it beside and around us From its appearance it was likely heading back to where we had recently come from. 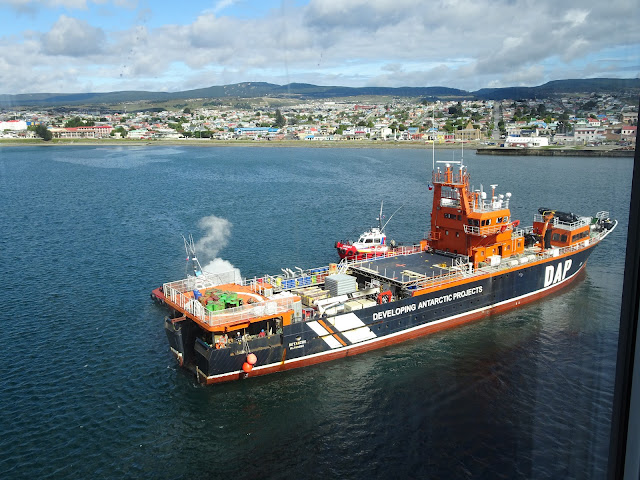 Last glimpse up towards the top of the ship just before I started down the ramp. 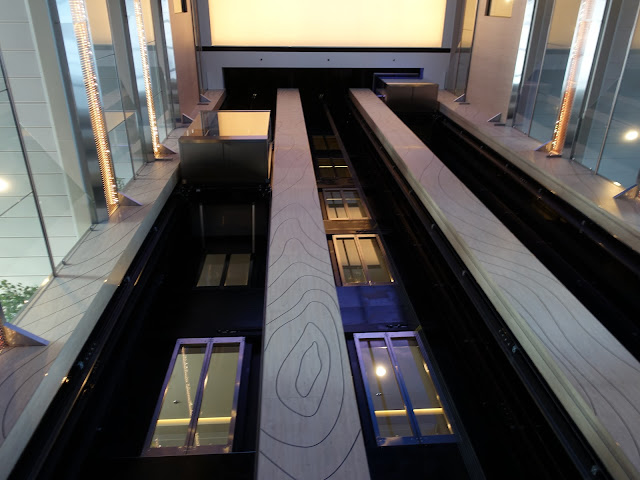 An almost surreal photo of the sun peeking through the clouds which reflect a number of different colors. 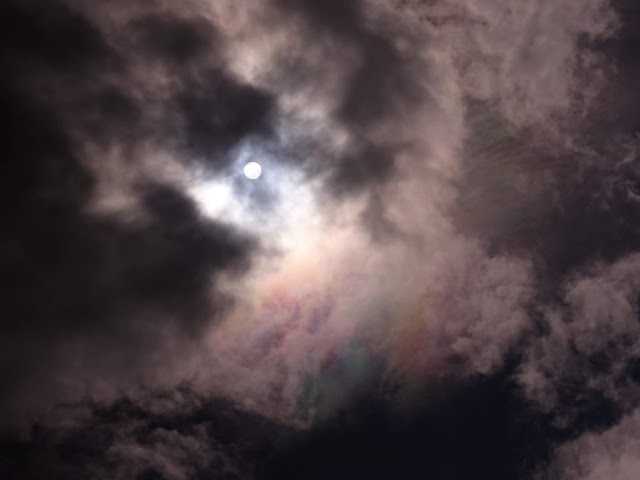 You might get the idea from the Punta Arenas airport parking lot that it wasn't very busy today. Wrong. The waiting area was absolutely jammed with people. Most of whom were from our ship as apparently one of the charter flights coming in from Santiago on which part of our group would be returning to Santiago was delayed. 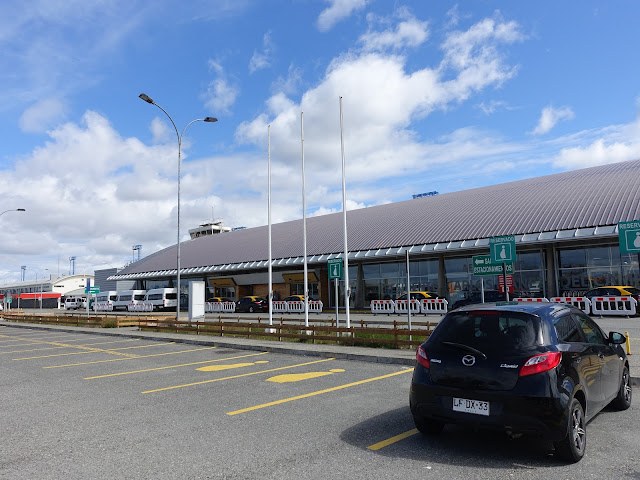 Selfie taken on board our flight. That's Ms. Talks-a-Lot across the aisle. 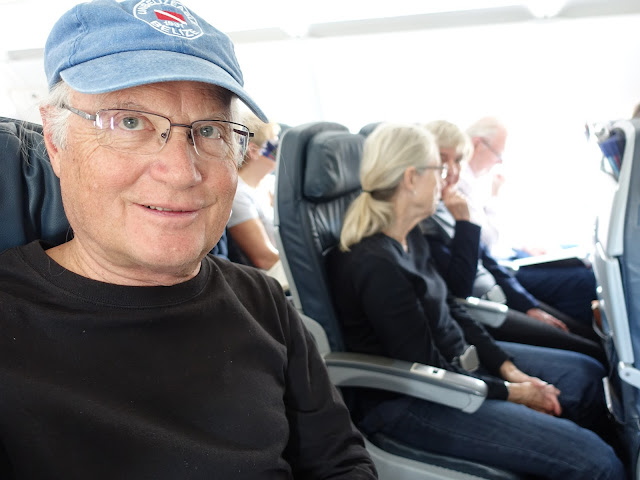 The label was exactly what the meal was. The flight was just over 3 1/2 hours so this is our lunch. That's a sandwich which was a roll sliced open with some cheese and lunchmeat inside, nothing else. Maybe Hurtigruten wanted to save money on these charter flights wherever they could. Bad Bob. 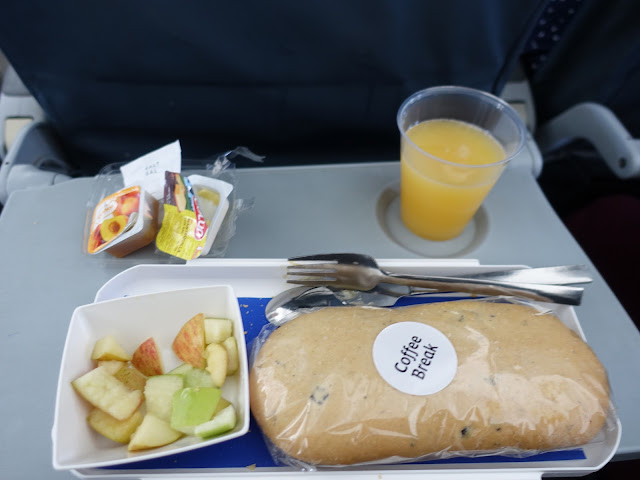 Sign on the building as we drove from the Santiago Airport to our hotel. I believe the translation is Freedom Moves Us. 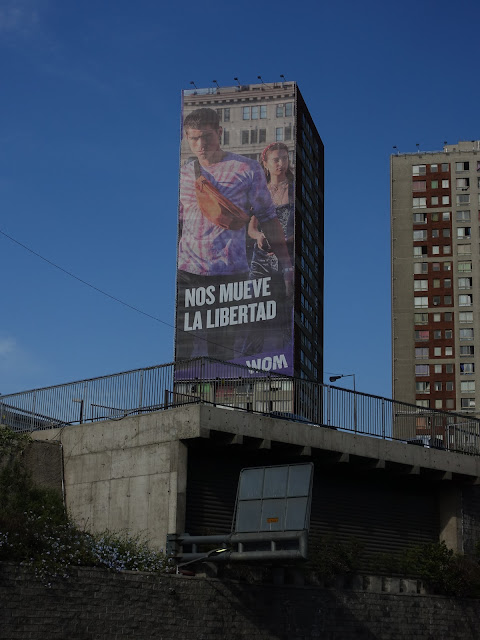 We passed the US Fortress, I mean Embassy, on the way to our hotel which was only a block away. 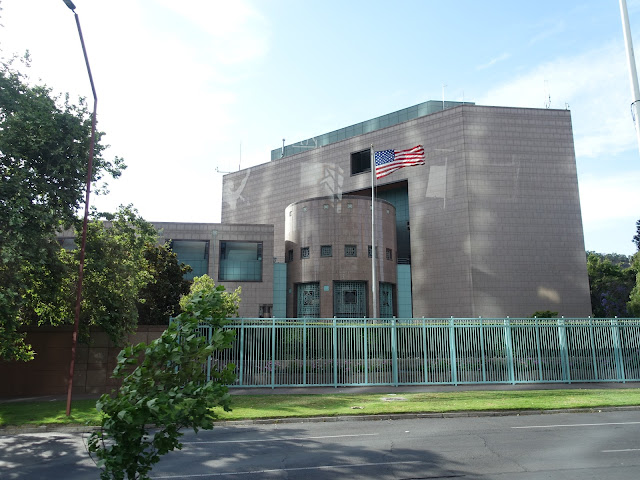 Once again we were back at the Intercontinental Hotel in Santiago. 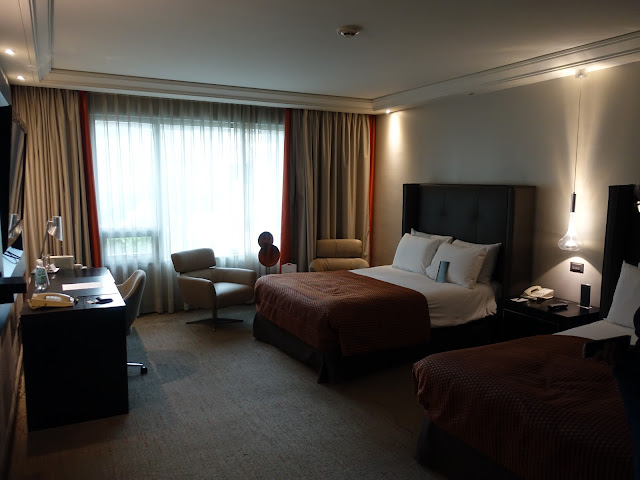 Linda knows how celebrate the end of a trip to Antarctica. 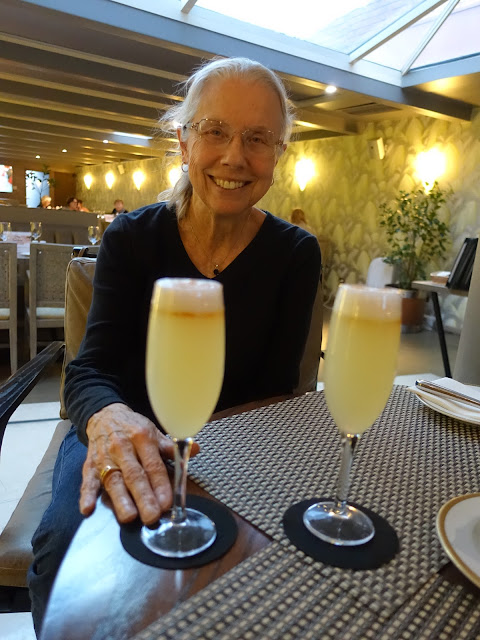 When one pisco sour is not enough, you go for another, but in a lager size. There are things about travel that unless you have been there and done that you just can't appreciate. We are working hard at cutting that list down. Friday night we fly back to the states on an overnight flight, visiting with my cousin Paul and his wife Patty in Boca Ratan on Saturday before heading over to the west coast of Florida for a week of R&R plus RV shopping before finally heading back to Retama a week from now. May a visit to Antarctica be on your list of places to see someday. It is like no other place on earth. 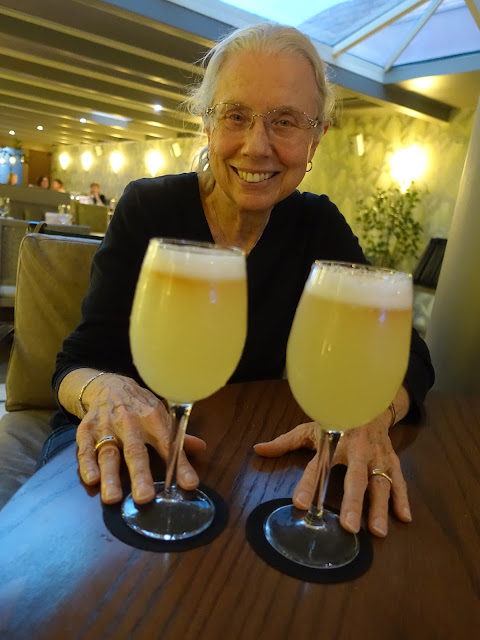