Today we set foot on the actual continental landmass of Antarctica. To be accurate our first footsteps were on snow covering the landmass, that eventually after a labor is zigzag climb we were able to touch rock. But that's getting ahead of what happened the day.
Just after we got up this morning we saw this drifting by. 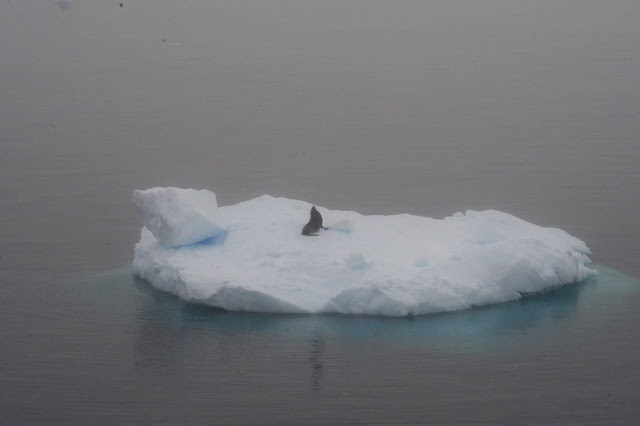 Yesterday are landfall was on flat land, not so today. 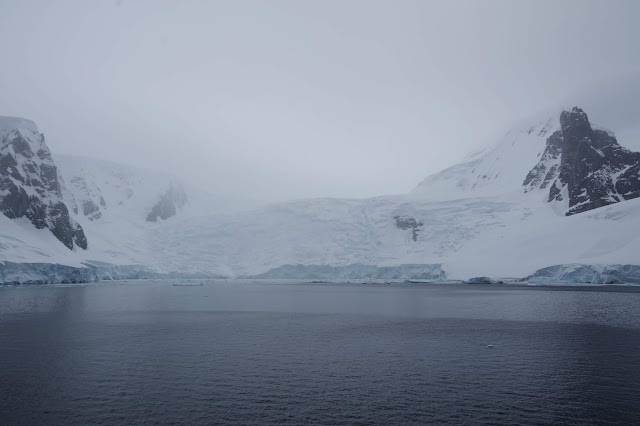 Just to the left of Linda's head you can see the little dots of people from an earlier group slowly making their way up the zigzag snow trail to the top. 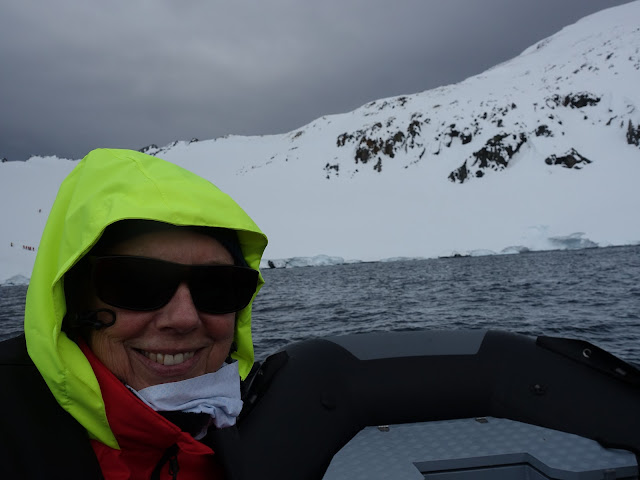 Linda did an amazing job of climbing the steep slope to the top. Proud Bob. 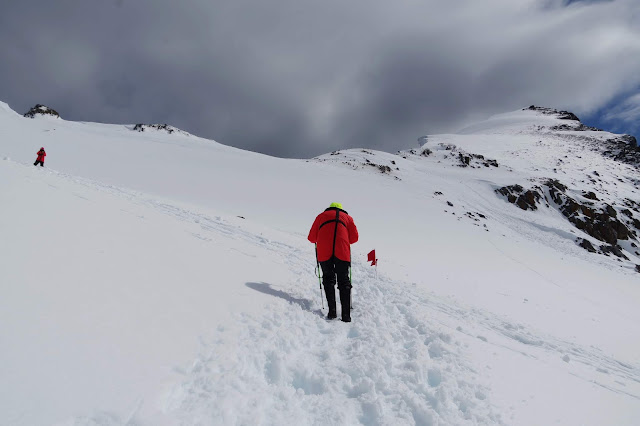 Linda's 'I made it to the top'photo. 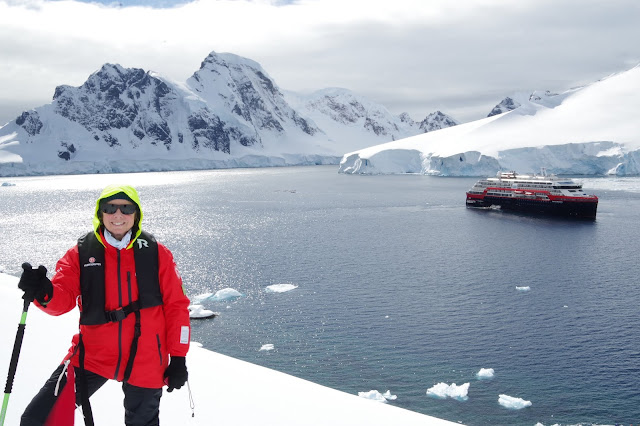 So here we are way up on top of this extremely steep slope and what do we find, penguins of course. They get up here the same way we do, they walk. 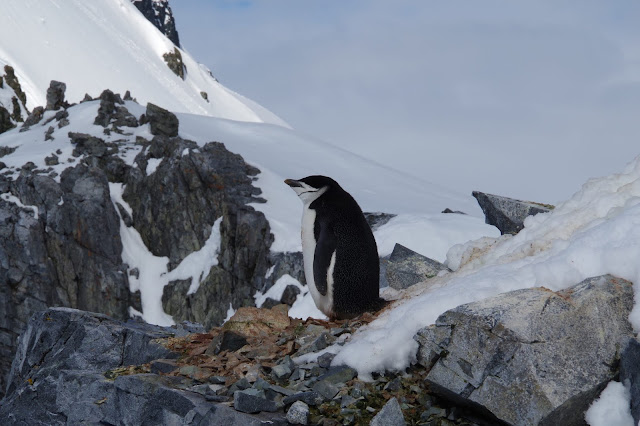 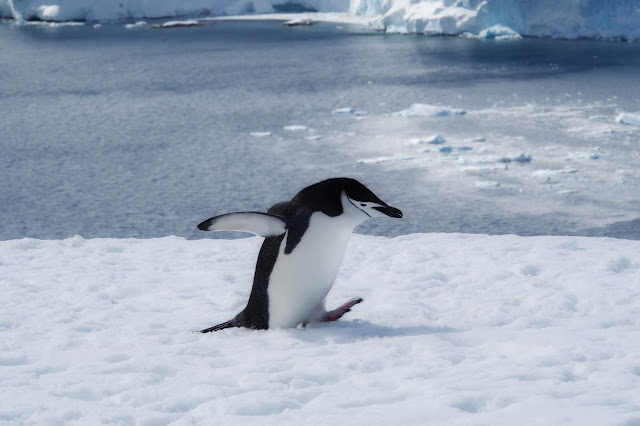 I know one thing for sure, it's the first time my Roman ring has ever touched the service of Antarctica. 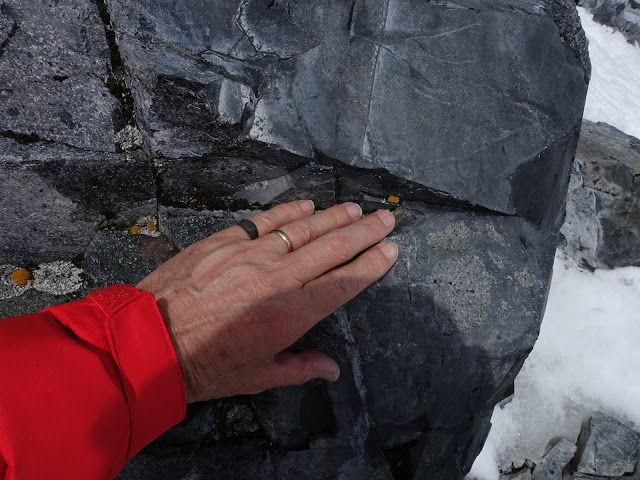 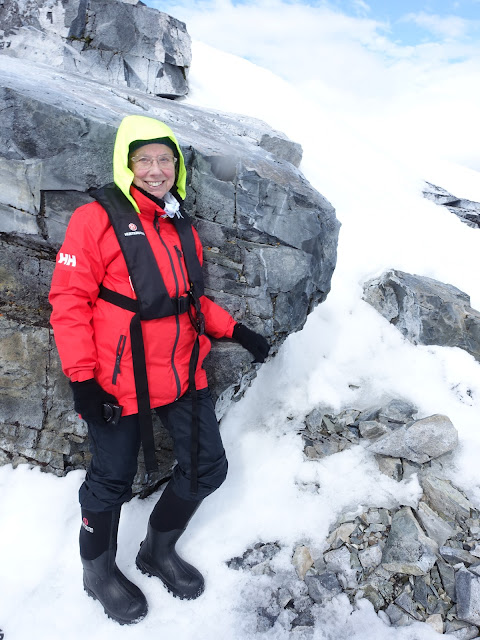 So what is this group of people looking at up on top of the mountain? If you guessed penguins, you're right. 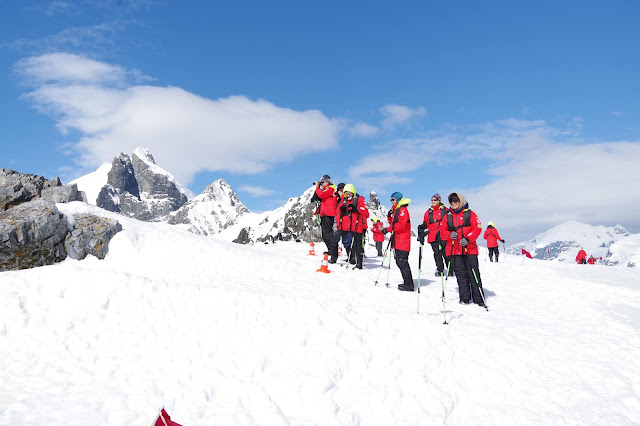 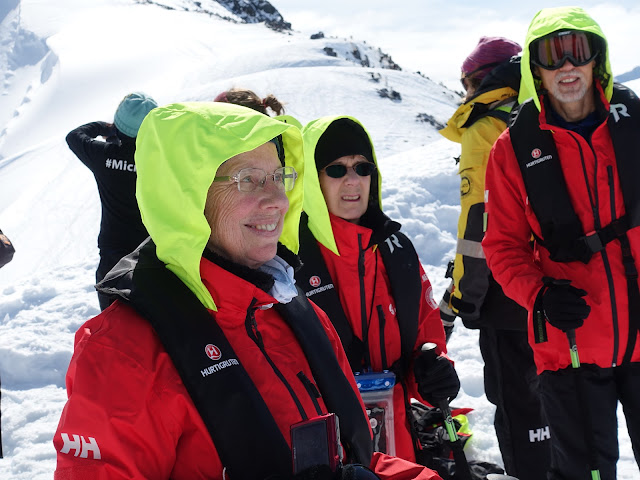 I believe yesterday I made the comment that it said if you can describe Antarctica in words, you've likely never been there. I'll let this photo speak for itself, I just know the sense of awe I felt when I viewed scenes like those below. 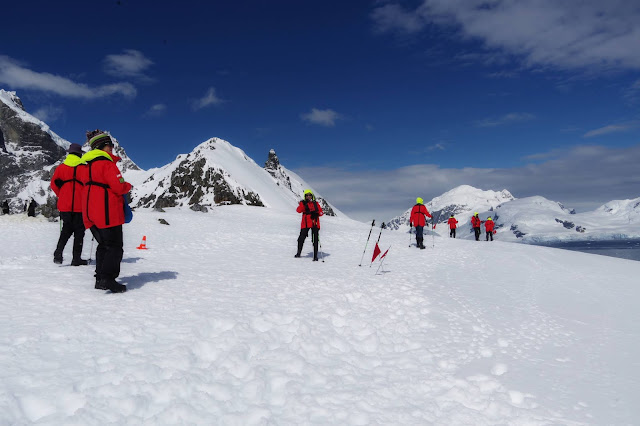 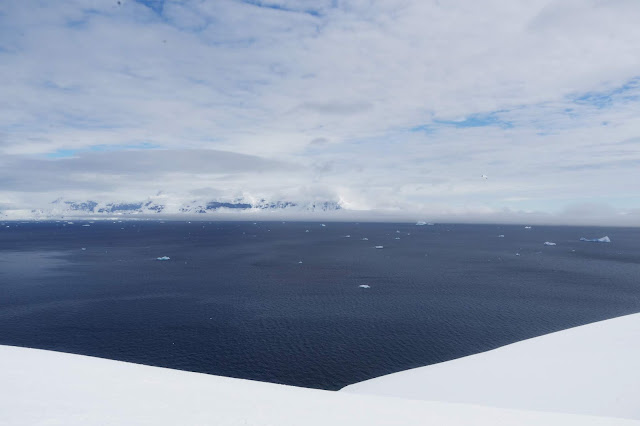 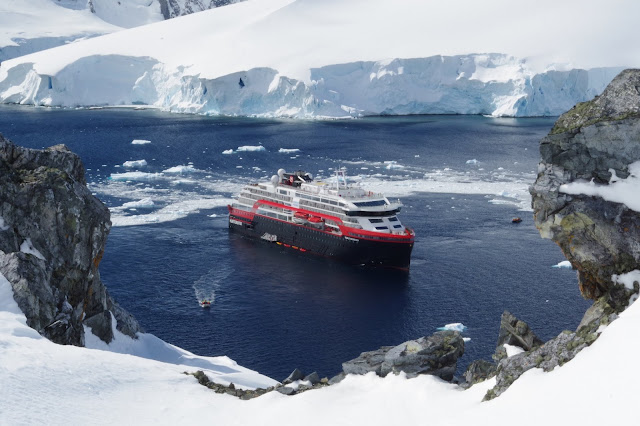 Linda on the way back down. The two hiking sticks made the climb and descent much easier. I had thought that she would probably have problems staying upright, but she did fantastic, slipping only once and that was when she wasn't paying attention. She got a good laugh out of it and I was looking the other way and never saw it happen or else you would be seeing pictures of her on the snow. We did see a number of people who had lost their footing, but I chose not to take any photos of them. 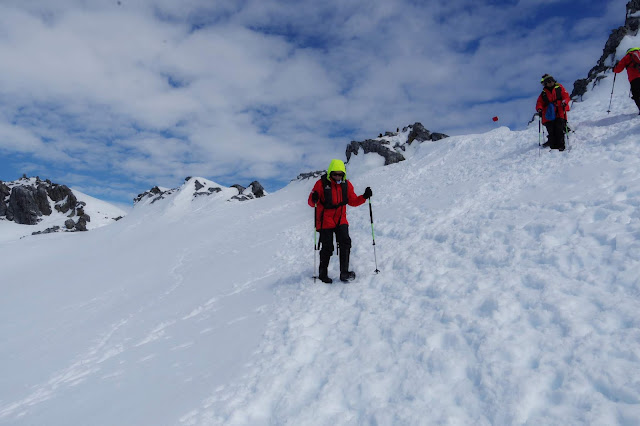 That's Linda in the foreground. When we decided to finally to feel my longtime dream of coming to Antarctica we had no idea of just how spectacular it was. 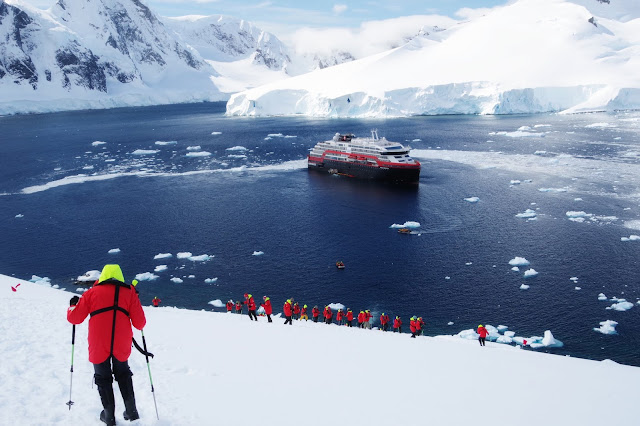 Those two hiking sticks meant that Linda stayed on her feet. Behind where I stand was where we had to turn them in. Getting from their down to the zodiac returned Linda to her normal 'if I take another step all end up on my butt' balance problem when walking on surfaces like this. The guides knew exactly what to do and she traversed it remaining upright all the way. 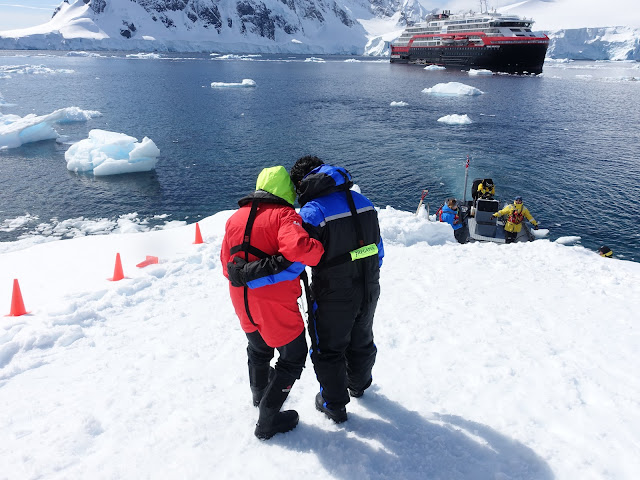 We had on enough layers of clothing so that we never felt cold, but the warmth of the ship was much anticipated after spending nearly 2 hours ashore. 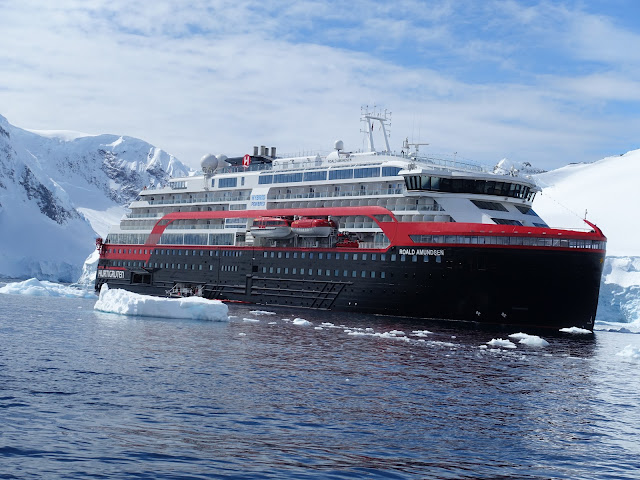 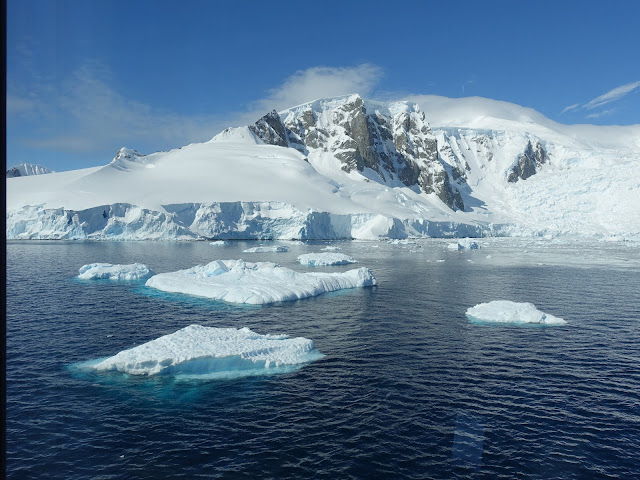 Somewhere under that doubled up comforter lies a very, very tired Antarctica explorer. My biggest concern when we were here was whether Linda would be up to the physical rigors of our daily and expeditions. While she hasn't said, I have to believe the adrenaline is pumping to such an extent that she hardly notices how difficult some of what we've done has been. I couldn't believe that on that difficult slog up to the top of the mountain in that slippery snow, she only stopped several times for a brief rest. Normally when we're out hiking and we get into a zigzag climb she stops at every turn and rest for a while, not here. Awesome Linda. 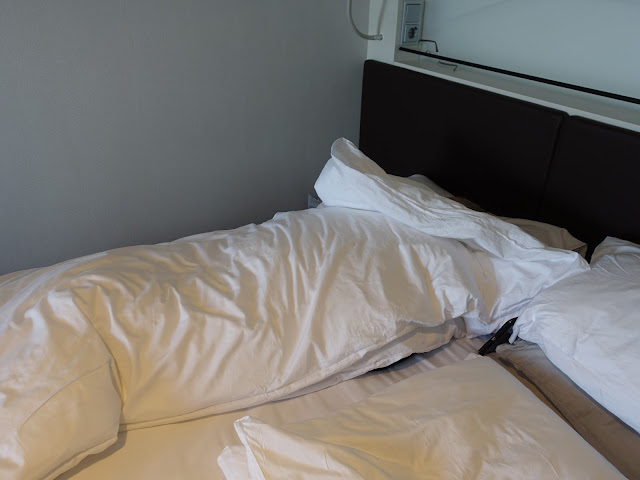 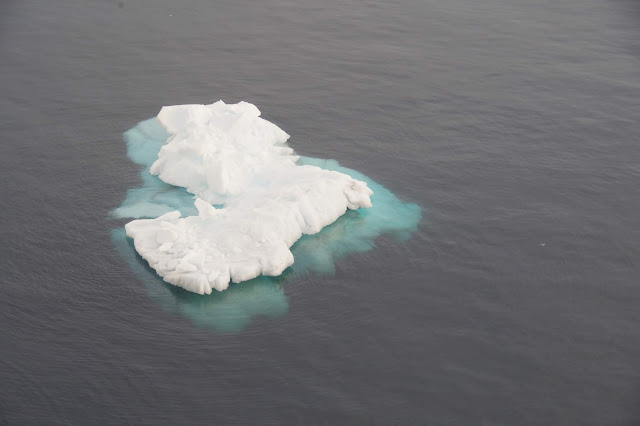 I would never have believed that Antarctica could be as awesome as it is. 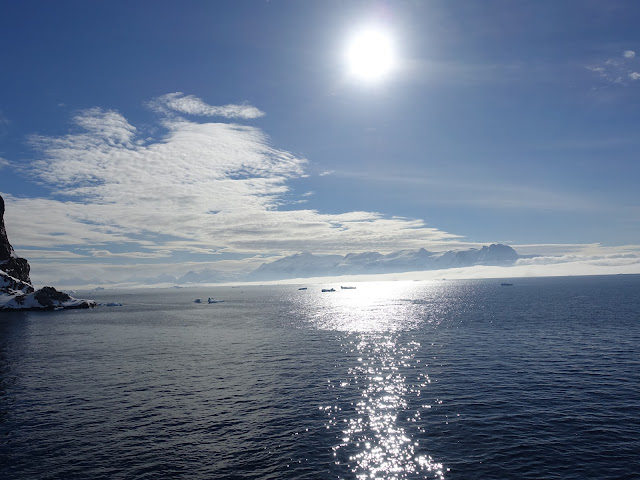 Readers may notice this post is much earlier in the day than yesterday's. I got smart and let the photos upload overnight when very few people would be on the ship's internet connection. It worked like a charm.
Posted by Bob and Linda at 5:50 AM

Email ThisBlogThis!Share to TwitterShare to FacebookShare to Pinterest
Labels: Antarctica