Linda likes to take "artsy" photos which always bring a smile to my face when I download her photos and discover one. This one even includes someone standing in one of the glass elevators. 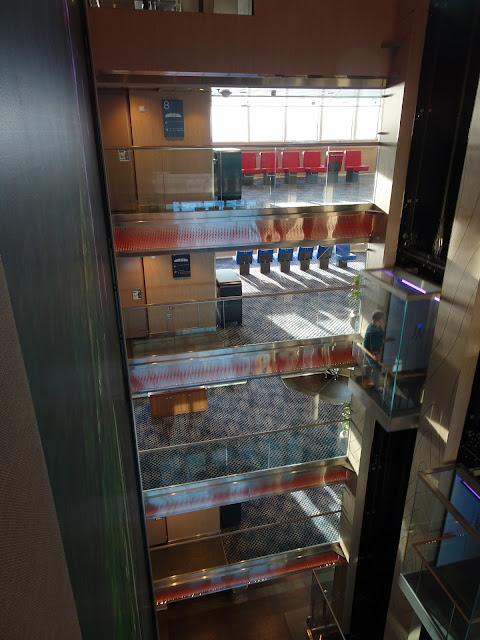 When we were in Antarctica people came down early for breakfast, but now that we are heading towards the Falkland Islands it would seem that many are enjoying some extra 40 winks. As you can see that doesn't include Linda and I. 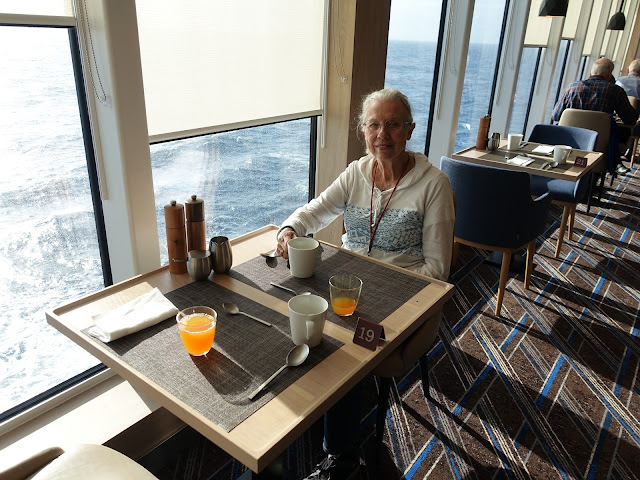 Because we are at sea today they have a number of presentations scheduled. What is nice is that they are almost all streamed to the rooms and with the big screen TV we have, plus the comfortable chairs, we usually opt to stay in the room and enjoy a hot cup of tea while watching the presentation. Plosive something interesting happens on our side of the ship it's just a few steps out to the balcony to see what it is. I had to laugh when I saw that this was a photo of the TV that she took. I think I'd better start calling her Ms. Albatross, though that would probably quickly get tipped around to her saying something about me being the albatross around her neck. Poor Bob. 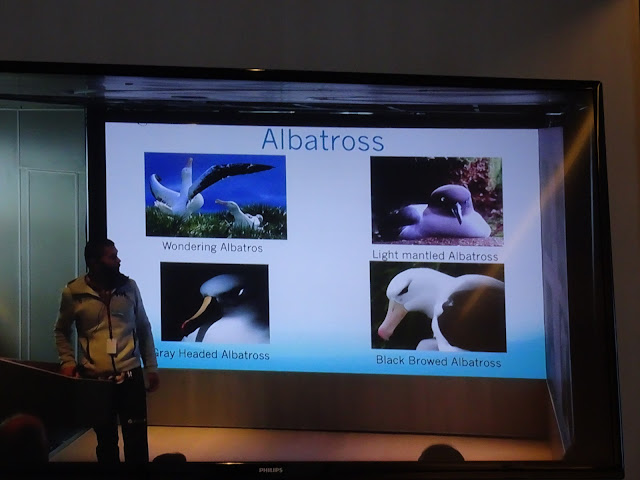 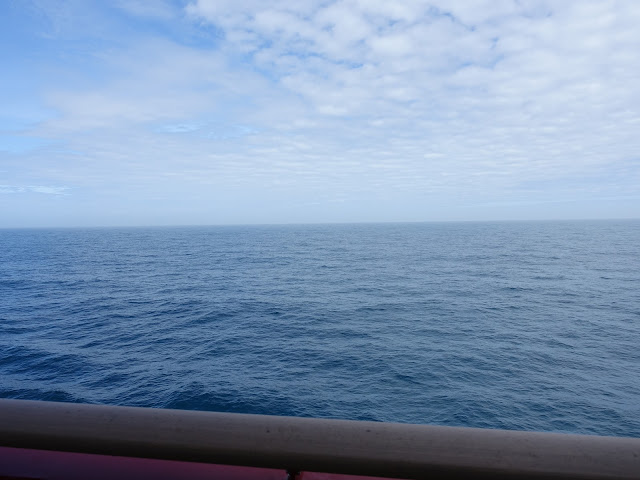 Every once in a while I would look outside and once I saw a large dark object near the surface. Not sure what it was as often waves will appear very dark, I went out on the balcony. There were whales, at least four of them on our side of the ship. Did I have my camera with me? No of course not. Did I immediately run back and get it? No, I watched the whales. Then I realized I needed to let Linda know so I banged on the door and yelled, "Whales, whales, whales," while banging on the door at the same time.

We must be two of a kind because Linda came out and just like me her camera was still inside. So we both went back in to get our cameras once we located where the wheels were. Back outside they moved, duh, or maybe I should say the ship moved and they were still near where they were before. I looked down towards the side of the ship and there was a whale right there. I can see it extremely clearly all the details, it was an awesome sight. Of course during all this my camera was in my hand by my side. By the time I thought to take a photo the whale was going underwater and by the time I took the photo it was underwater. Hence I will tell you the photo below is of a whale and leave it at that. You might also notice there are no photos posted that Linda took as she was also caught up in whale watching rather than whale photographing. 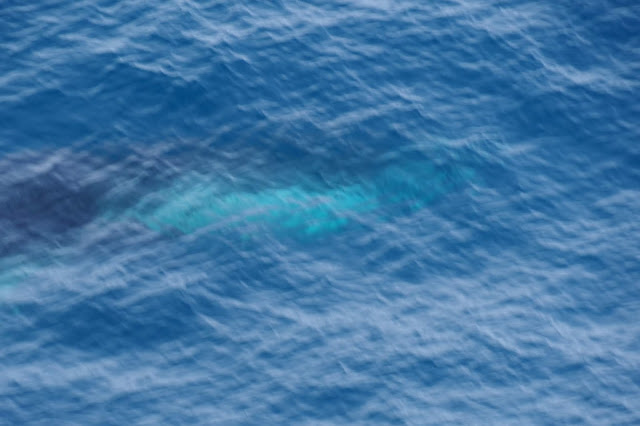 That whale of a lot of excitement proved to be very tiring for Linda, and she some retired to get some rest. Bad Bob. 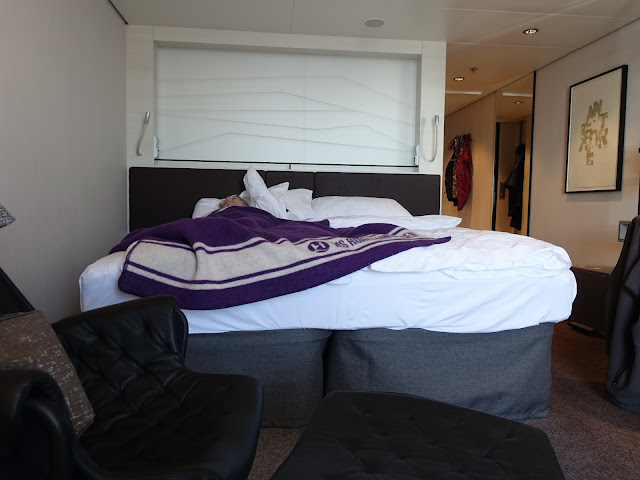 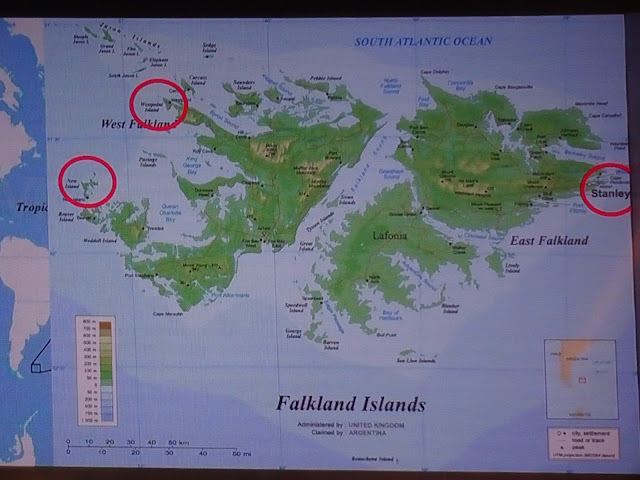 A map shows we are actually heading towards the Falklands. 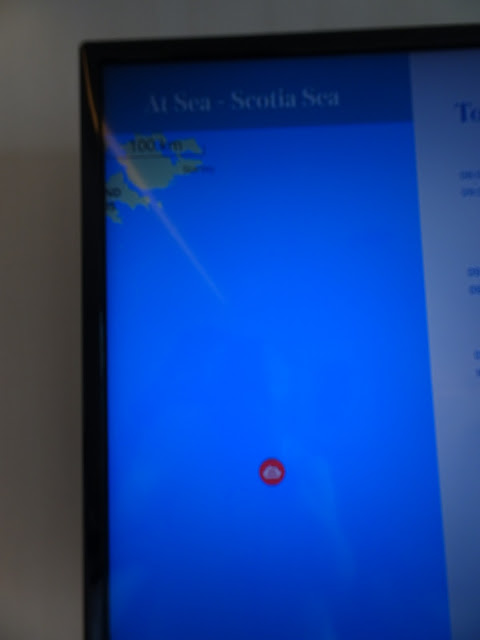 Since we always eat in the same general area, Art has been our server throughout the trip. 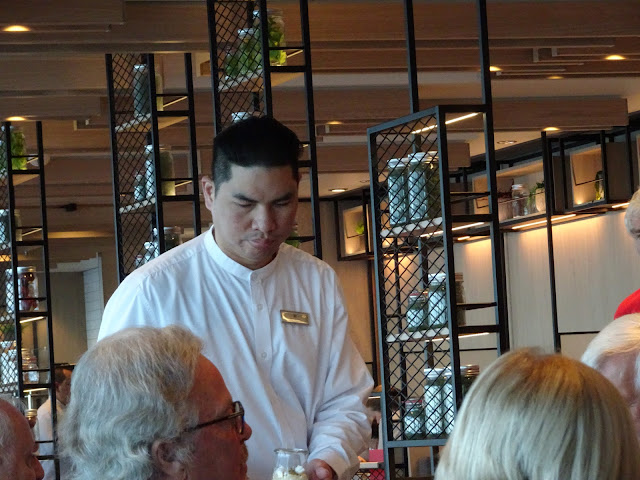 And other artsy photo by Linda. 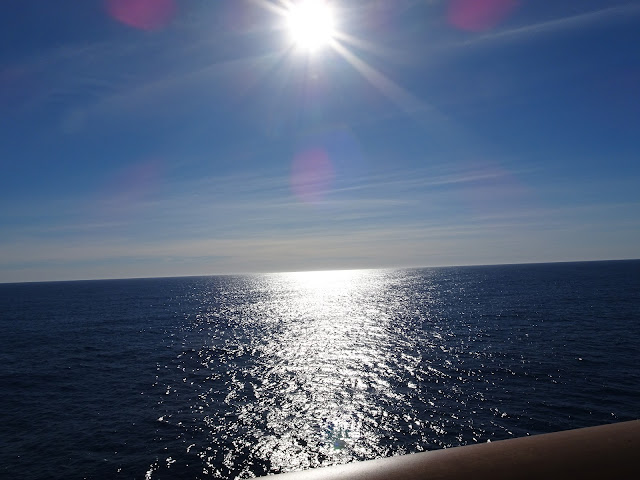 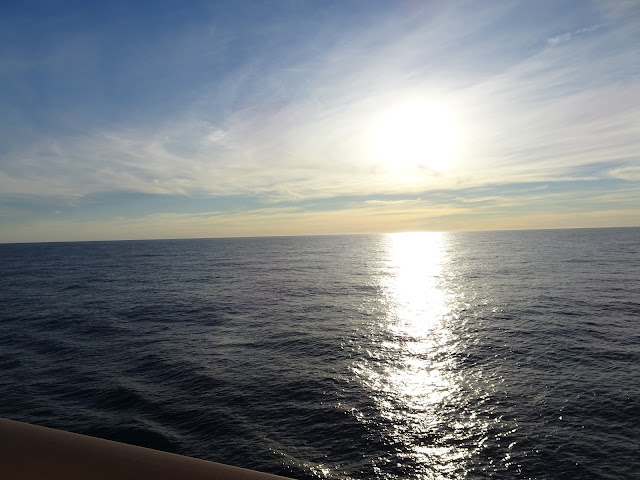 After the cloudy days in Antarctica, it is catch up time on sunset photos. 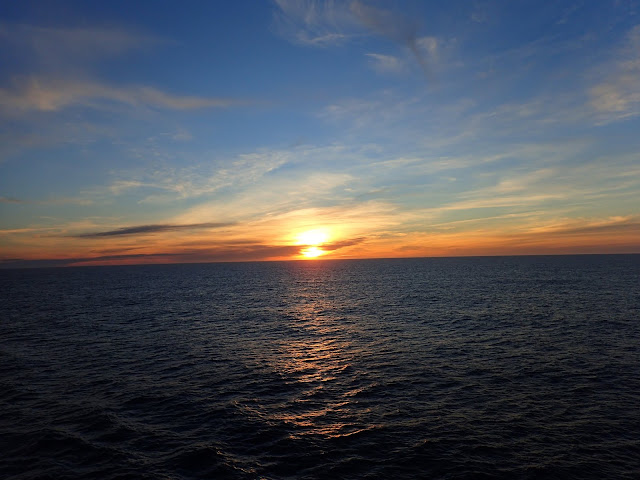 The earth is such a beautiful place and there are so many places on earth to enjoy that beauty. 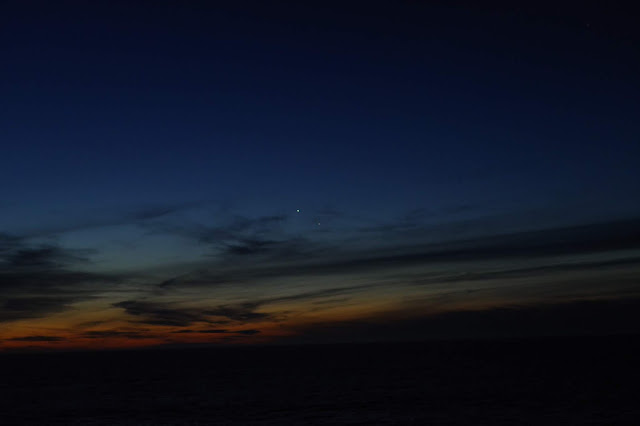 Email ThisBlogThis!Share to TwitterShare to FacebookShare to Pinterest
Labels: Antarctica, At Sea, Whales