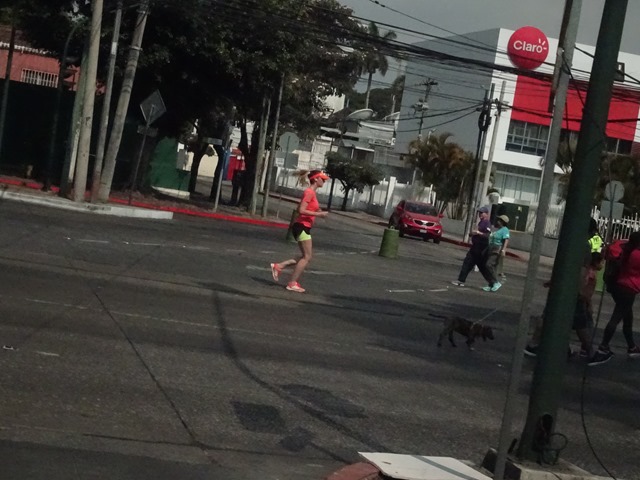 Sunday morning means some of the major streets in town are turned into pedestrian areas where walker, runners and strolling families can get out and enjoy the city. 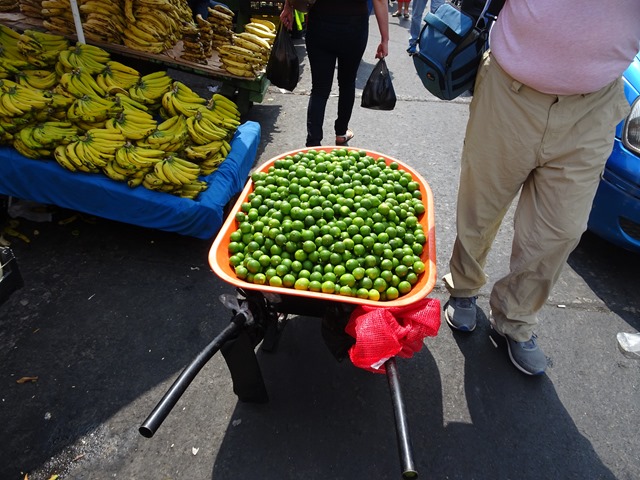 What follows are photos from the market. It covers some 64 square blocks and is a city unto itself. Richard said it is place where few foreigners ever go, in fact most residents of the city never go there. It was one of those, you have experience it to understand what it really is places. 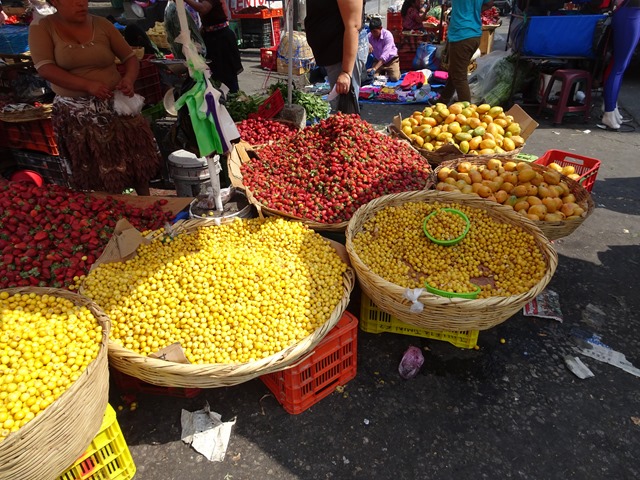 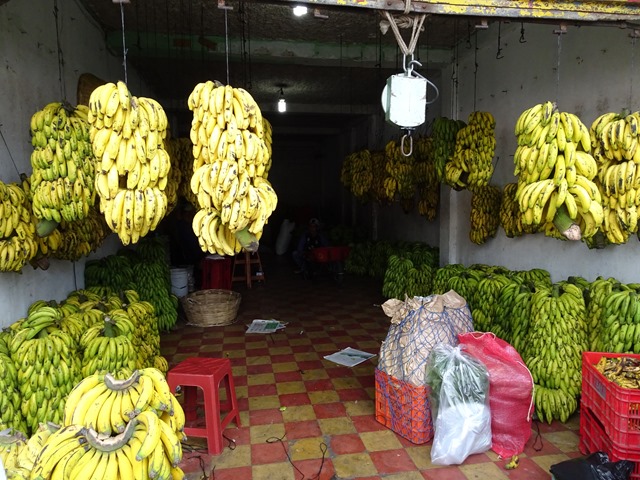 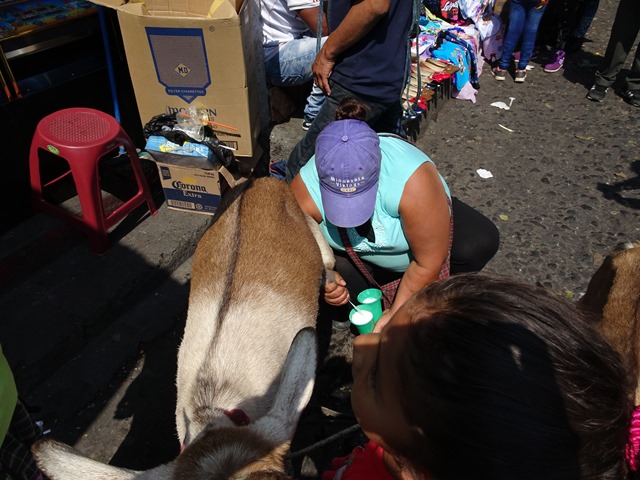 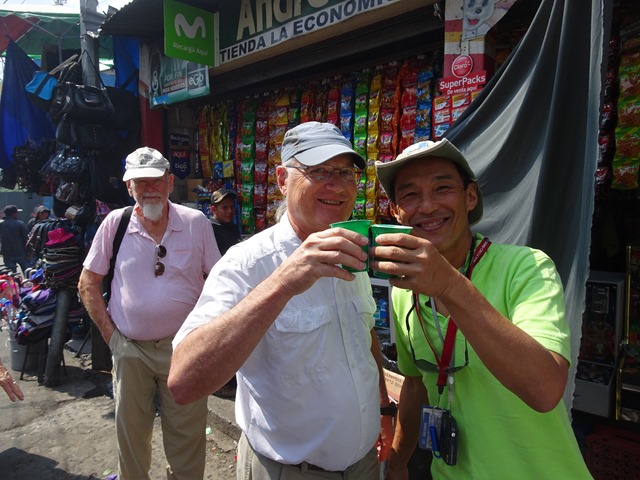 My first ever taste of goat’s milk, and straight from the source at that. It was the best milk I’ve ever had. This is the real joy of travel. 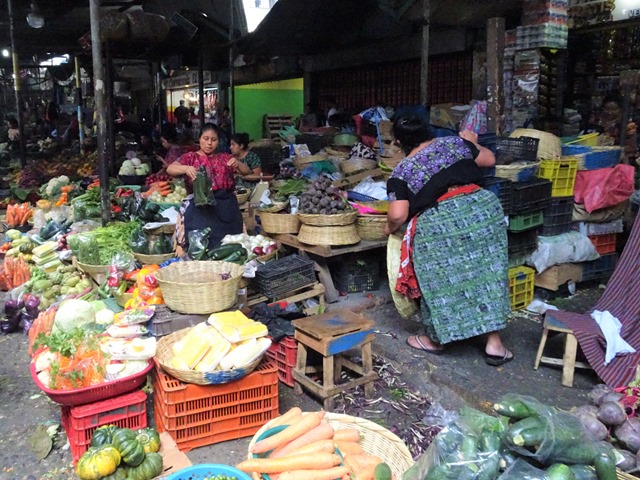 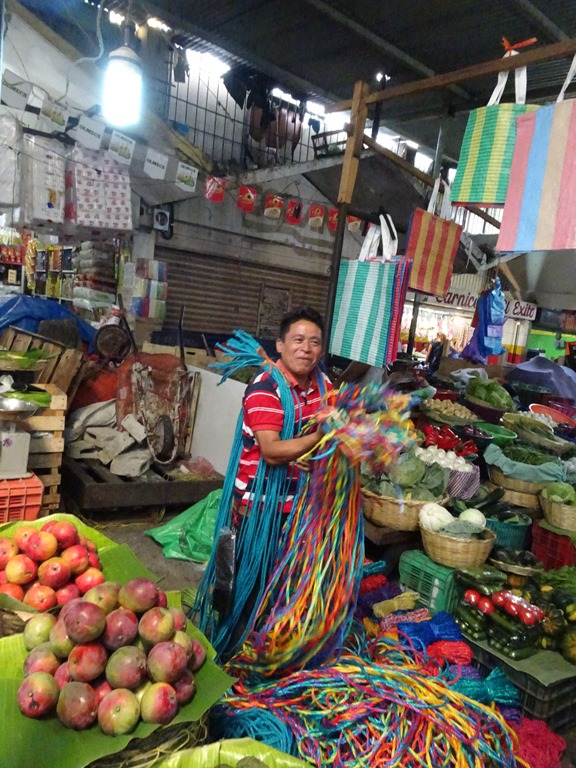 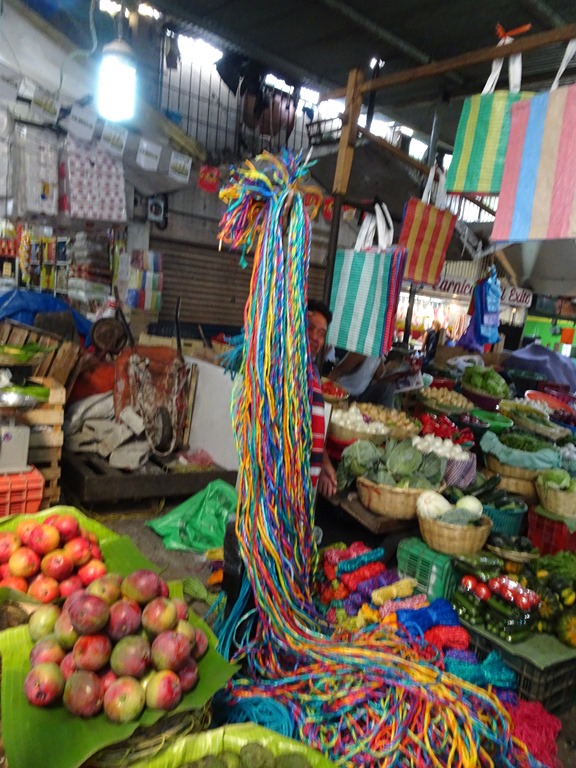 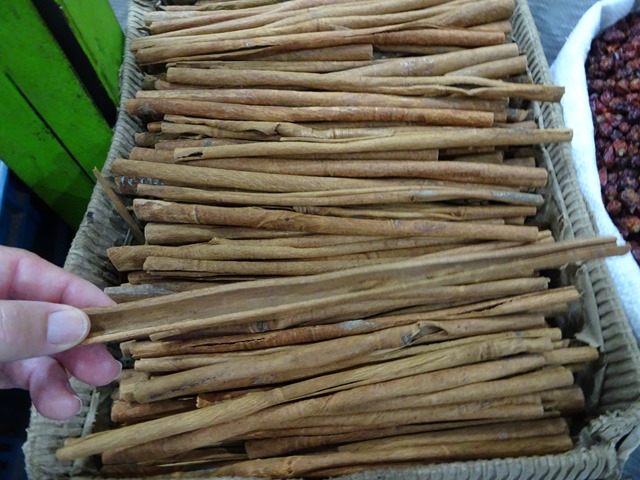 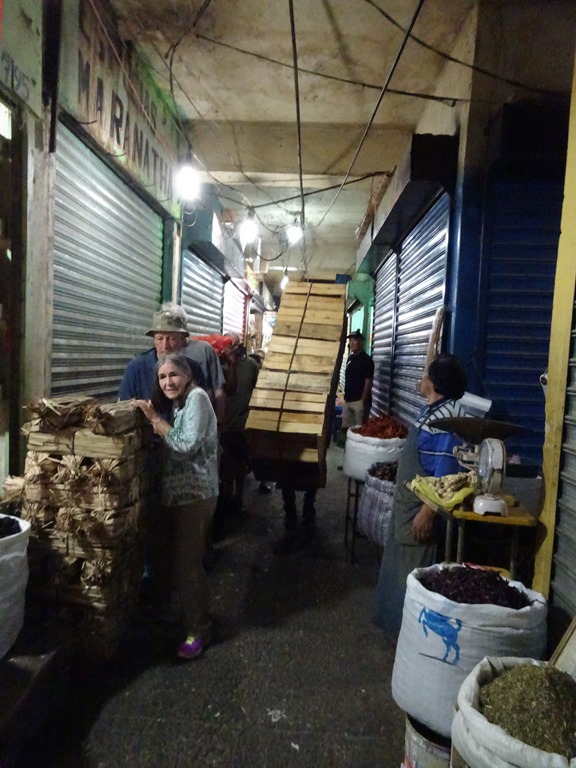 There is a man under all those boxes. He and others like him make there living carrying things for people. 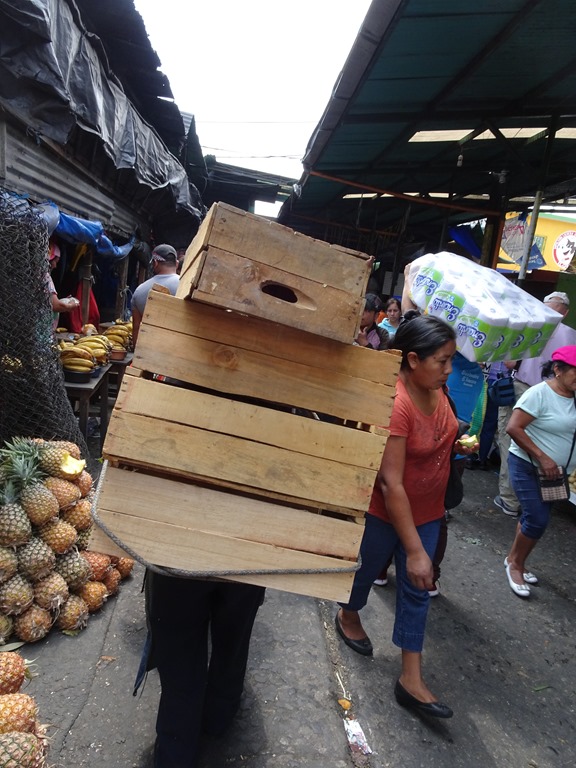 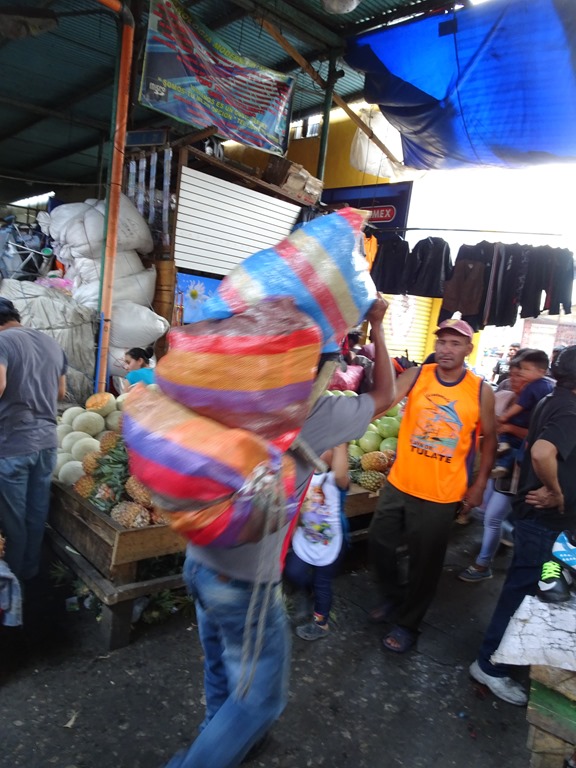 More carriers. There equipment consists of a long piece of rope with a padded section in the middle the put over their forehead. Three or four trips a day and it  is a living, though not much more. In reality many of these people are very smart. Say they start out carrying bananas from a truck to a sellers stall. But instead spending every quetzal they earn, they have a few every week. With time they have enough to buy a few stalks and sell them. Fast forward and someday they own a stall and make a good living. How good a living? It is estimated the daily sales in entire market total in US dollars, $2,000,000 every day. It is a 100% cash business and none of it is taxed. 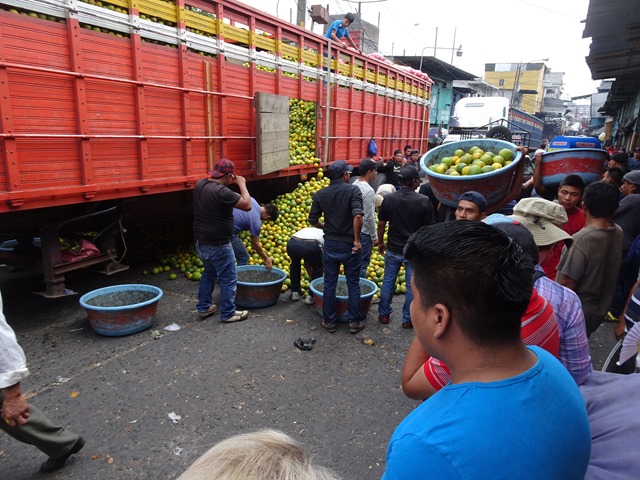 This semi full on oranges stopped on the street. A door on the side of the trailer was opened and out poured oranges onto the street. Dozens of men with the large plastic tubs you see scrambled to fill their tub with oranges and took off running with the tub on their shoulder. 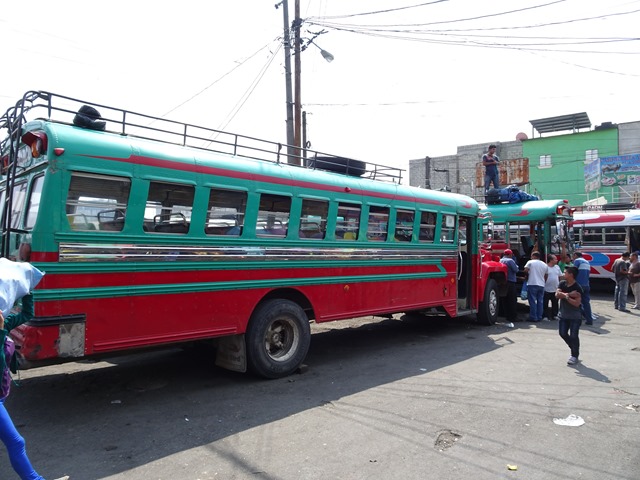 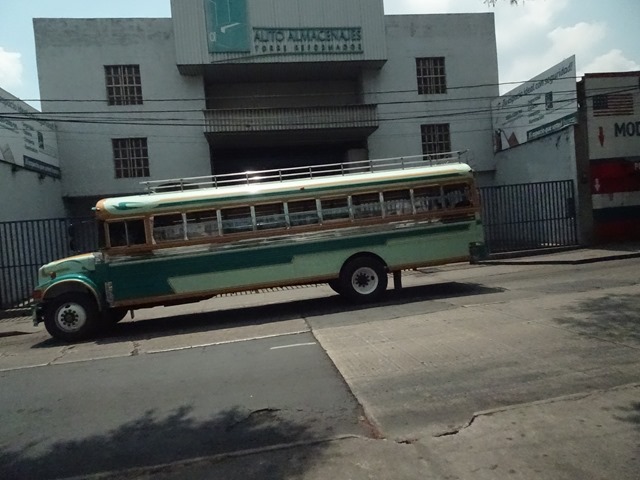 Not the finest examples of Chicken Buses, but it was a slow day for seeing them on the streets. 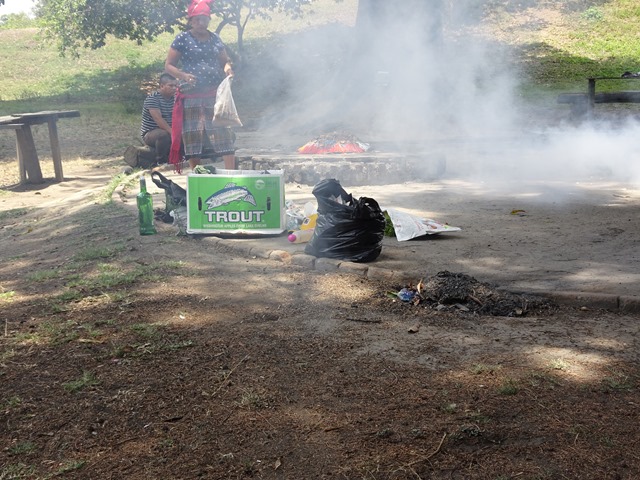 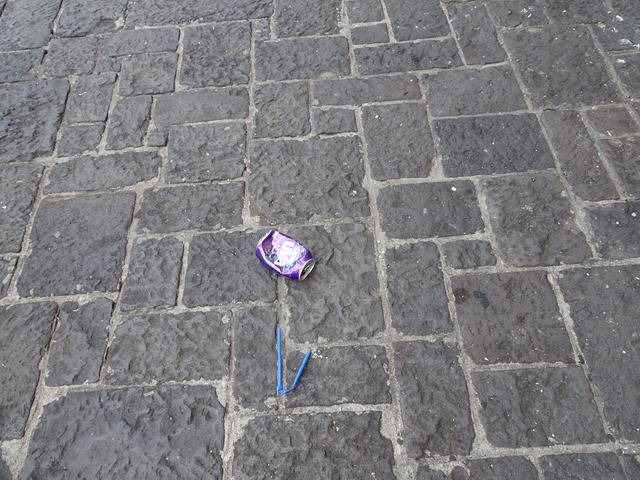 Can with pull tab attached. Guatemala is a relatively clean country. Till tomorrow.