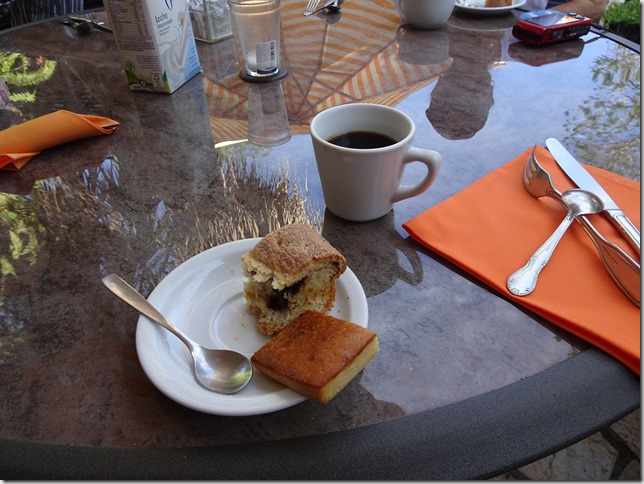 I have been remiss in not posting food photos. What person in their right mind writing about their travel would have so few food photos as I have been guilty of not posting since the start of our Central American adventure. Bad Bob. 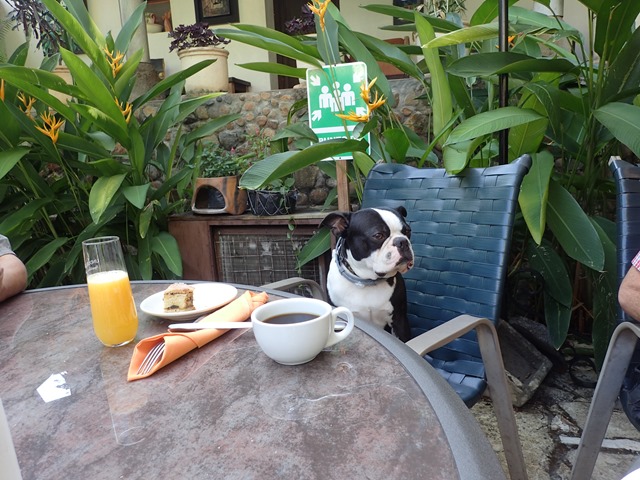 Lorenzo, the hotel greeter and moocher. He was an absolute gentleman, merely sitting on the chair while looking at you until you gave in a placed a morsel of food on the ground. What a great way to start the day. 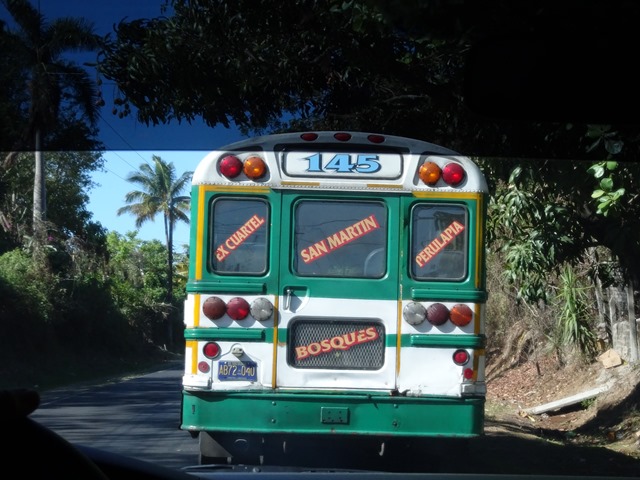 Back of a “chicken bus” as seen though the windshield of our van. For those of you who have Netflix, you might want to watch the documentary “La Camioneta” which tells the story one of these buses from its sale at auction in Pennsylvania to its conversion into a “chicken bus” in Guatemala. We watched it before we left for this tour and it was very good. Sorry we don’t remember whether it was in English or we had to turn on subtitles as we watch so many foreign  language films and series. And please don’t get me started on Turkish dramas, which is our Netflix must watch every night passion. 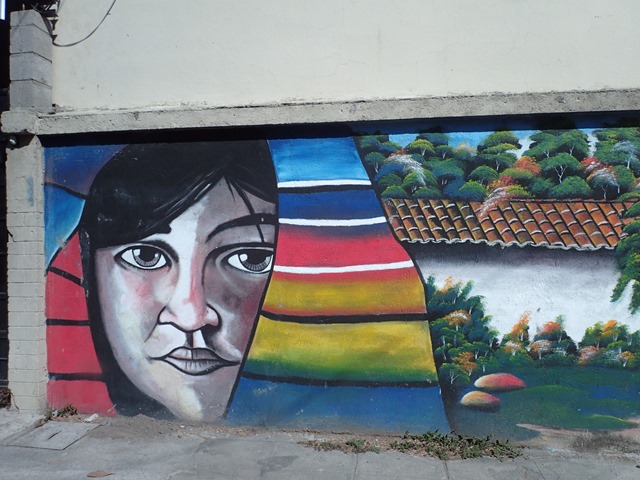 One of many murals we saw on our travels today. Not only are there works of art like this to be seen, but it seems every hotel we stay in has wonderful displays of different art forms from both local and national Salvadoran artists. Additionally, school children are encouraged to create murals on the homes of the elderly who no longer have the means to paint their dwelling. 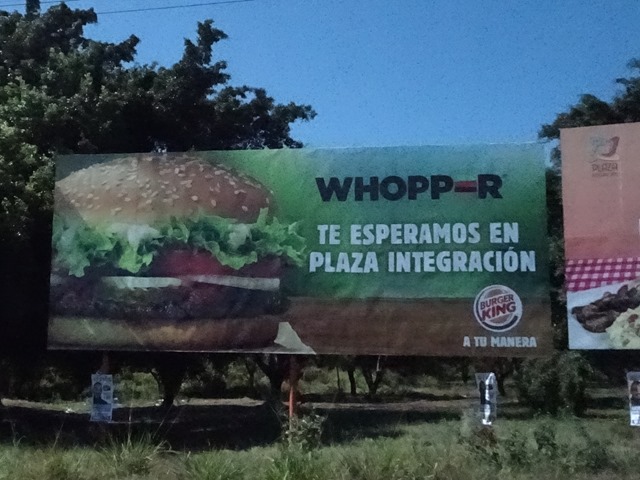 Some things are found everywhere we travel. El Salvador may not have 7-11’s, but that doesn’t mean there aren’t other familiar things to seen. And while I did have a hamburguesa (burger) for dinner it sure wasn’t an American franchised crap burger. It was a totally awesome Salvadorian perfect 3/4 pound burger topped with caramelized onion, tomato and fresh cucumber slices, with just the right amount of barbecue sauce on lightly toasted bun. I am not much of a burger eater, but I don’t see how a burger could be better than this one. Score another point for El Salvador. 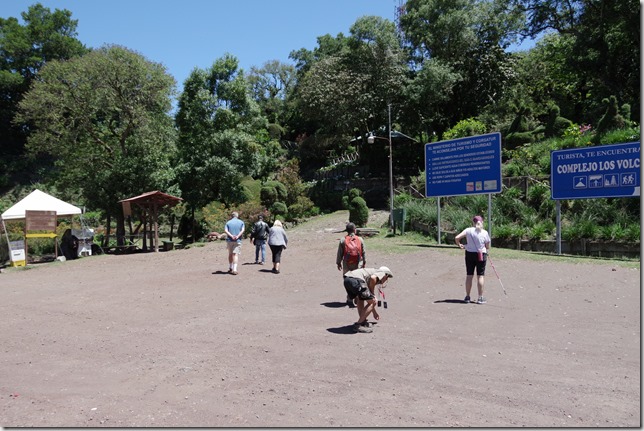 We have everyone in our little group looking for pull tabs for Linda. You can see our guide, Richard, bending down to pick one up in the photo. Salvadorans are great about pulling off the tabs and casting them aside and we are happy to be the cleanup crew. In fact we are disappointed when we take a walk and don’t find any. For those that are wondering what I am talking about. Pull tabs are donated to The Ronald McDonald House as a fund raiser. Retama donates about 40 pounds of this high grade aluminum to this very worthy cause every year. 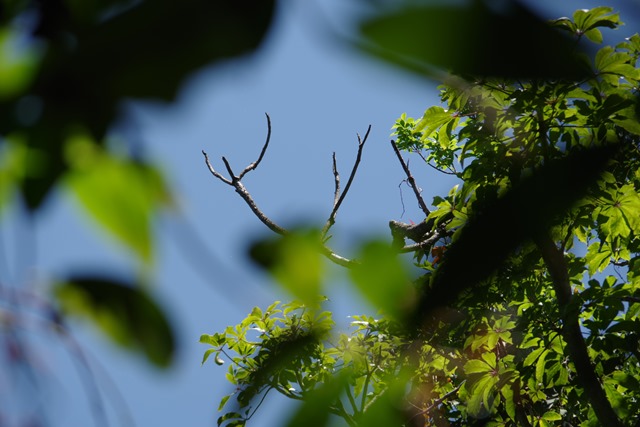 I am not a birder, but I know there are birders who read this mish mash of words and photos I call our blog. This is my first bird photo. Okay, so I admit there is no bird in the photo, but there was one on that bare branch just before I took the picture. It was dark colored had some yellow on it I think, and it flew away very fast. Maybe one of you can identify it. Birder Not Bob. 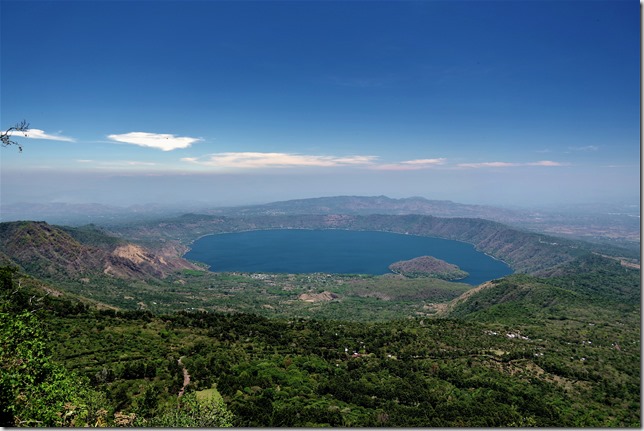 El Salvador’s crater lake, Lake Coatepeque. This is a land of volcanos and earthquakes. 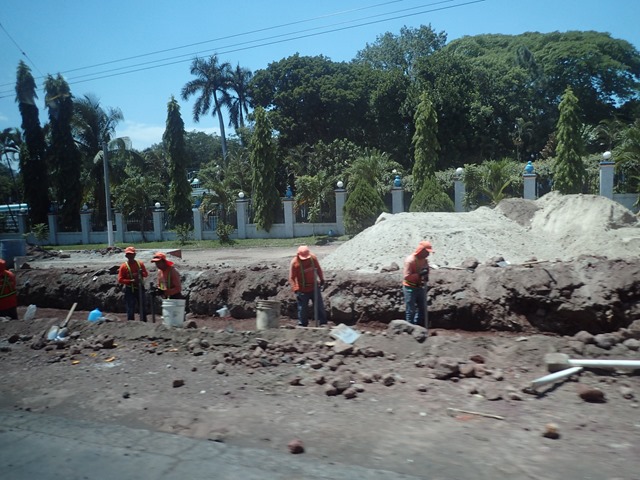 Road construction is everywhere. As our guide, Ben, pointed out, every time there is an election scheduled, about a year before election day road construction springs up all over the country so the people will see all the good things the party in power is doing to make the people's lives better. At least the politicians here try to do something about the conditions in the country instead of simply blaming the other party for everything that is wrong and thereby doing nothing for the people but only for their big money donors like happens in our country. 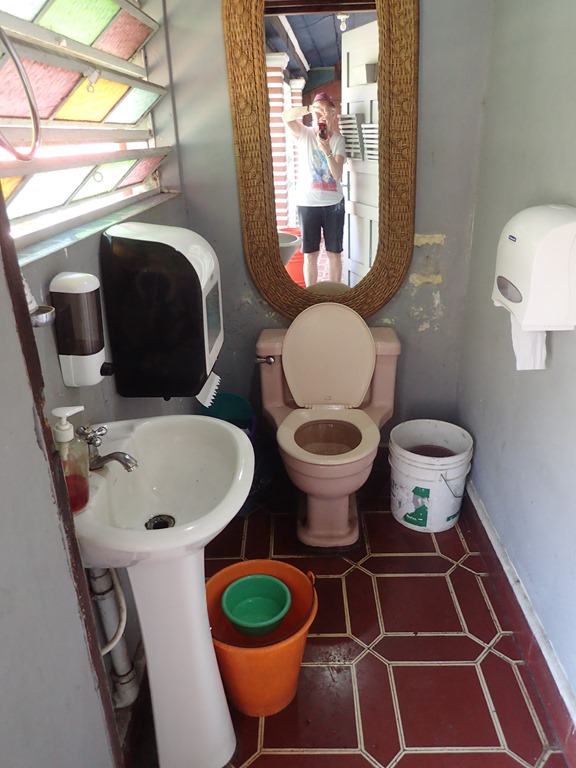 As you can tell, photo by Linda. The wash basin water faucet worked, but not the flush for the toilet.  What doesn’t show is that this was set up for a little flush for having done a No. 1 and a big flush for having done a No. 2. To flush you dipped the pan in the buckets and poured the water into the toilet bowl. The orange bucket had a small plastic pan for No. 1, while the white bucket had a large pan for the big flush needed after going No. 2. Mighty ingenious if you ask me. 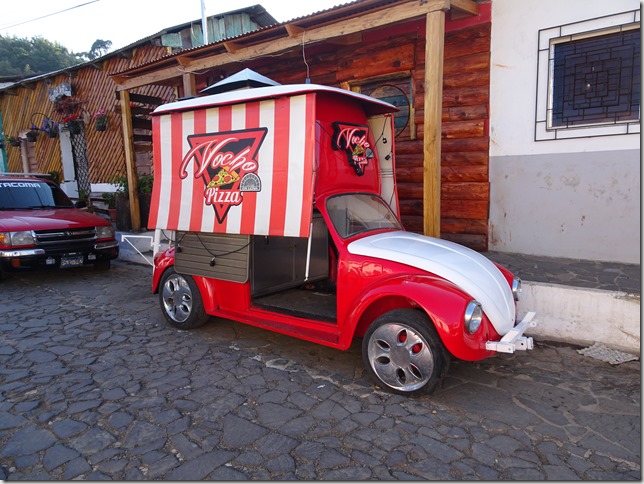 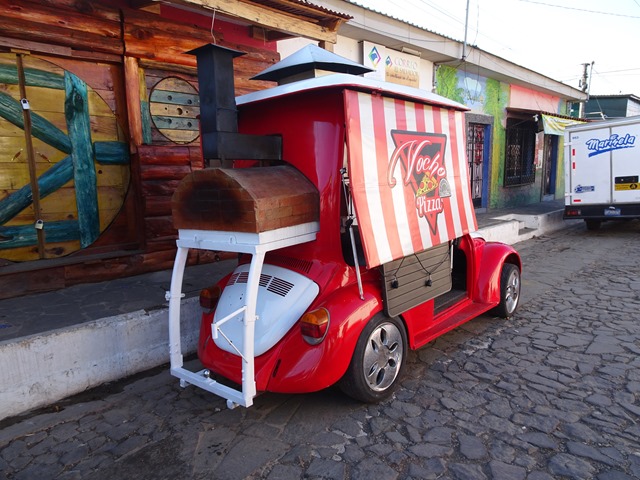 It even has a pizza oven. The wonders of El Salvador are amazing. Hard to imagine the rest of Central America topping this. 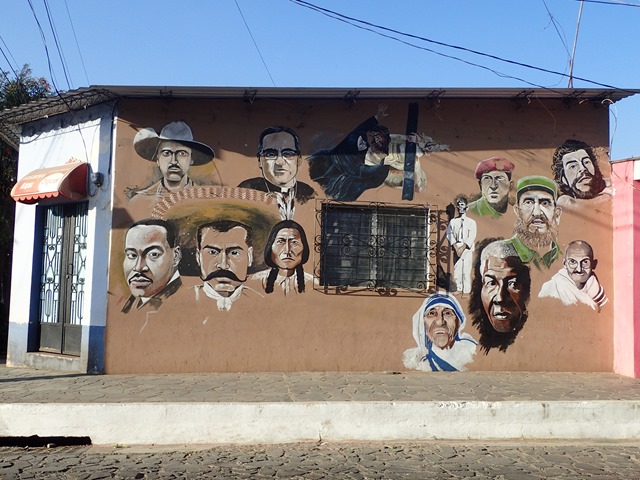 Not a word on this mural but it speaks volumes. Agree or disagree, but each in their own way tried to do something for their people. 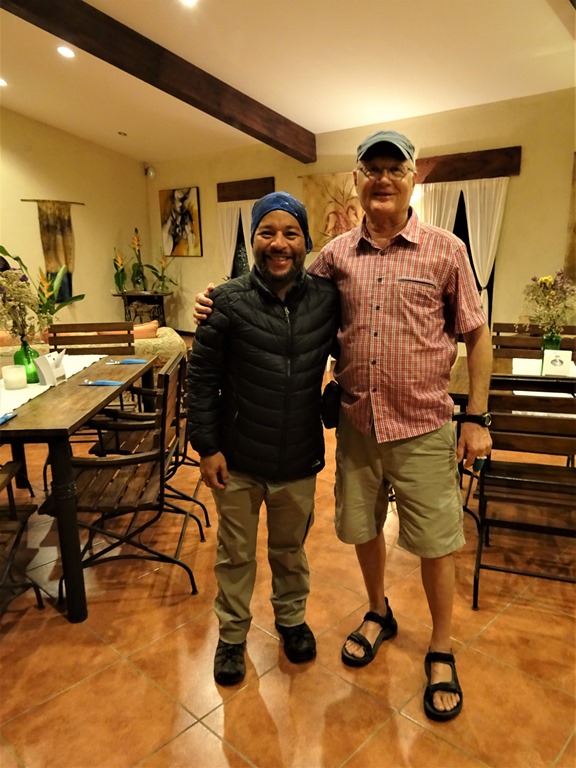 Ben, our local guide for El Salvador claimed the temperature tonight was cold. We weren’t sweating and sticky like we would normally be, but cold, not in my book. 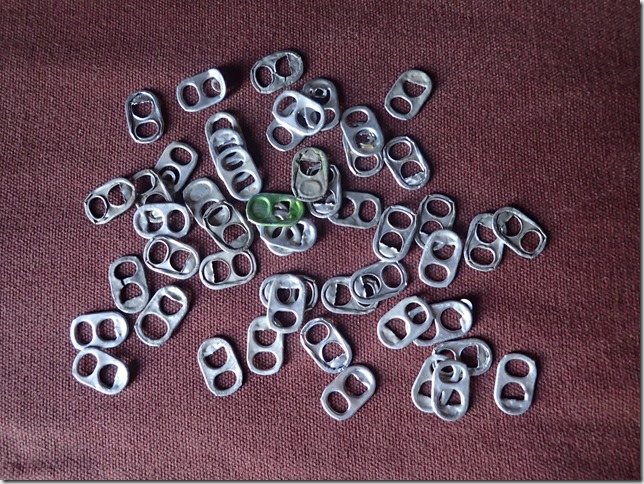 One day’s haul of can tops. And Linda has instilled her standards for tab top acceptability in the group. If they are dirty, let them be, so we bypassed quite a few in the course of the day. Remember: Life is not a dress rehearsal, don’t be afraid to love, laugh and retire early.