Caught a little bug, nothing bad, just coughing, but the other side is my energy level is down. That means shorter posts. The family medical practitioner has brought along enough medications to stock a small pharmacy, so healing is occurring as I type. Luckily. Linda is as fit a ?. My mind short circuits at the thought. and my fingers tire, so on to that short post I promised. Verbose Bob. 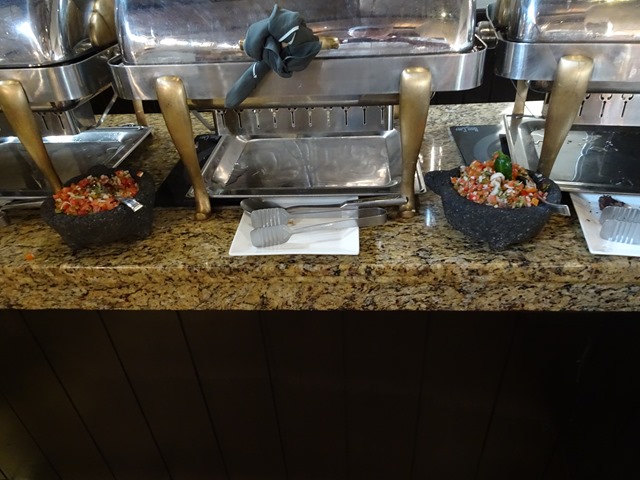 Best breakfast buffet of the trip. For some reason Linda does not partake of the salsa with the jalapeno on top. 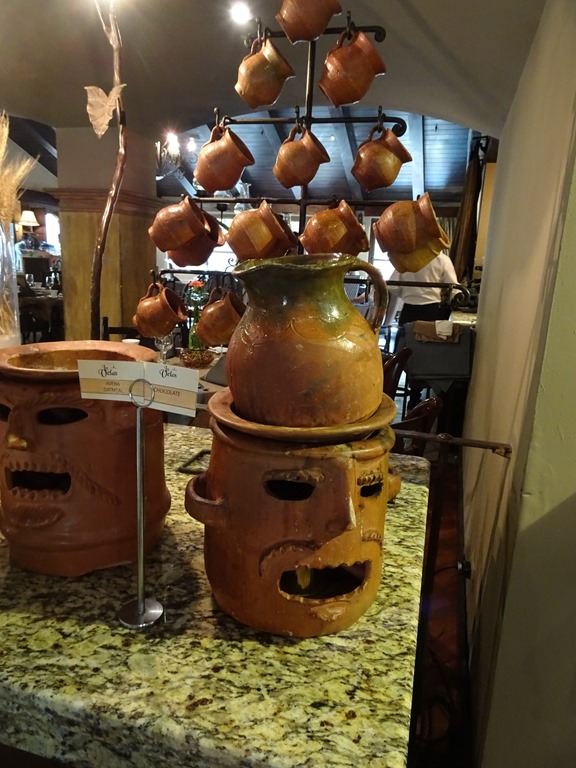 There has been hot chocolate available every morning and we hadn’t noticed it before. Two cups for Linda and three for me. I was flying higher than a kite on caffeine overload. Maybe that was were I caught the cough bug. 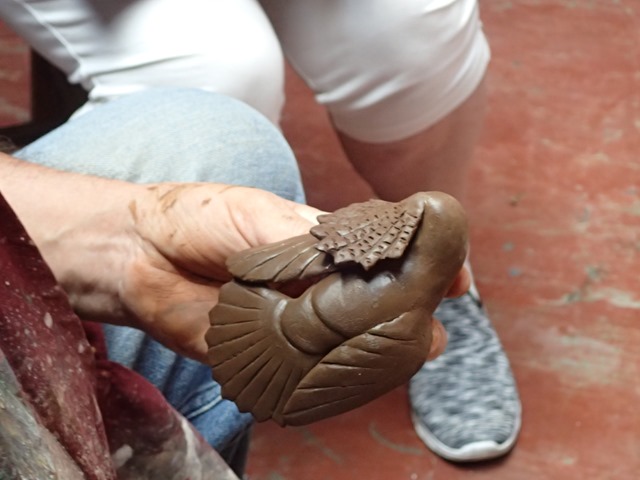 Artist at work. He made this hummingbird out of clay while looking at us most of the time and not what he was doing. Someone asked him how he could do that and he replied, “Experience.” 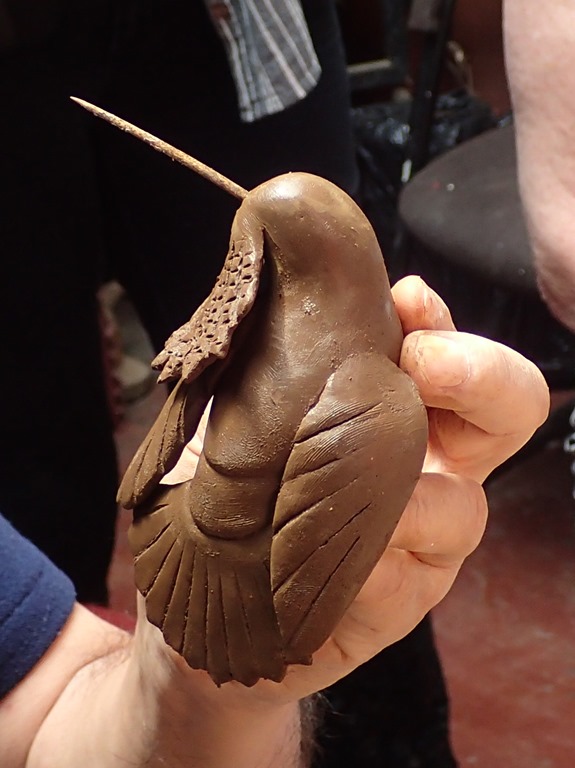 After I is fired he inserts an orange tree thorn to make the bill This a toothpick that burns away during the firing. Also took the  photo before he added the eyes. 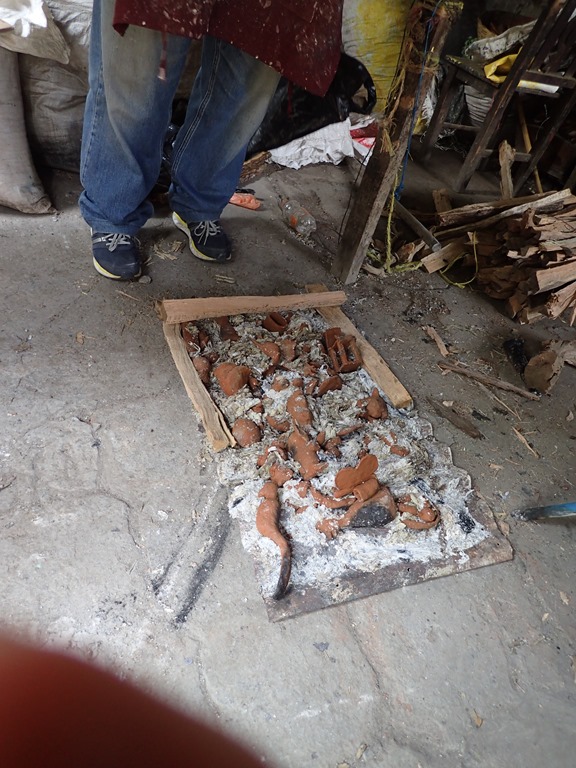 How he fires, no kiln needed. He uses coffee tree wood, places it above the clay pieces and they turn out perfect. Again to answer the question asked, he replied , “Experience.” And not to worry, his sons are following in his footsteps just as he did with his father. Though his father did pots, vases and bowls. He got into birds when an American lady paid him an enormous to make and paint a bird. His work is now known around the world. We bought a Motmot. To see it invite yourself over to our place for an evening happy hour after we get back to Retama. 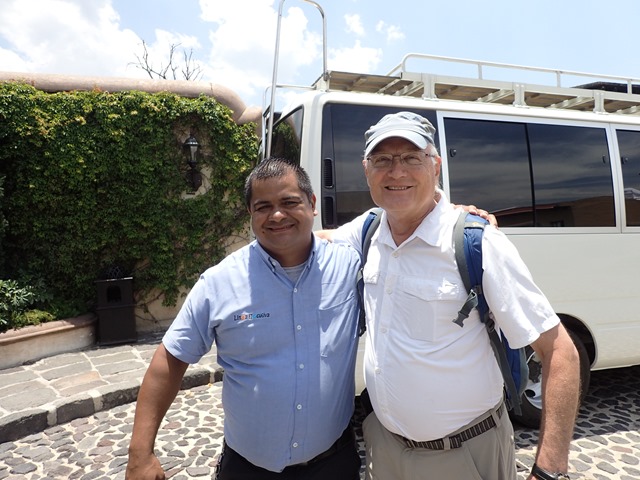 We’ve had many wonderful tour bus drivers over the years, but Vennis (sp?), it’s pronounced that way, was head and shoulders above all the others. No wonder Richard is such a fantastic  tour guide, it’s so Vennis doesn’t take over his job. 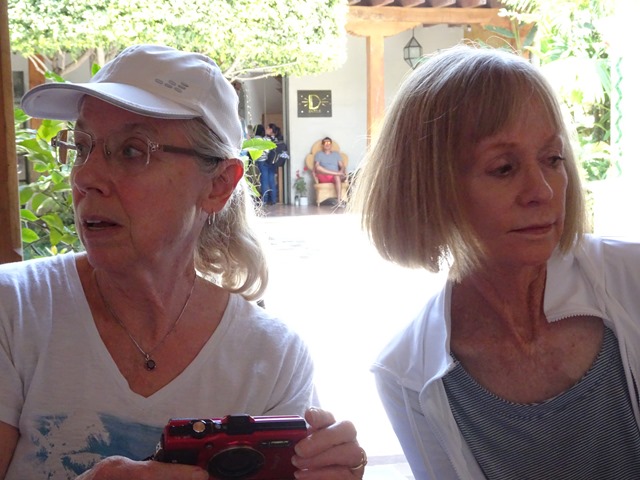 Linda and Pat. I don’t have a clue, so it’s you readers turn to caption this one. 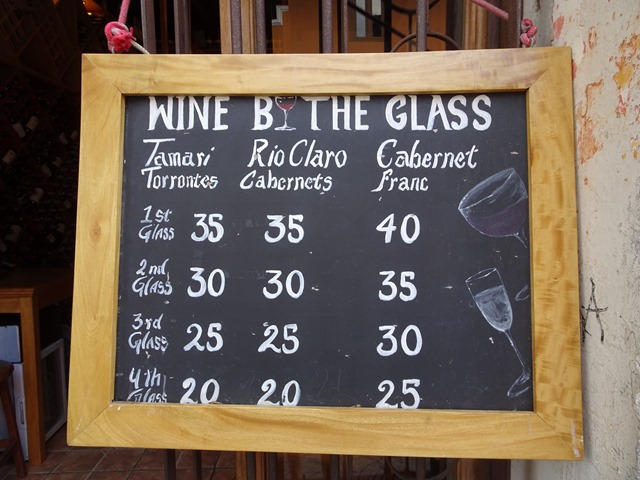 Seen outside a wine bar on the main tourist street in Antigua, Guatemala. 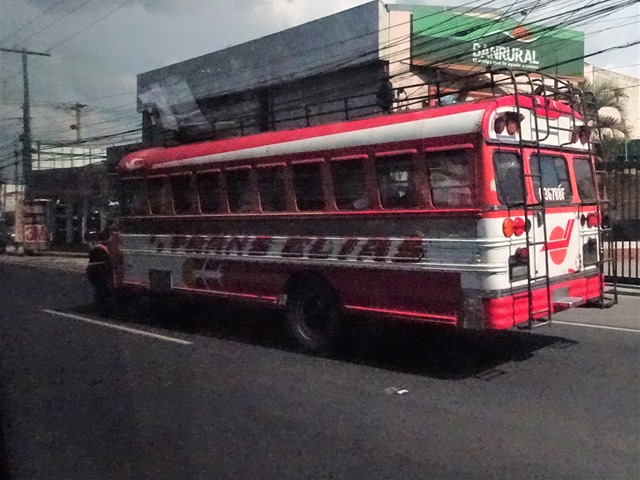 Not a good day for Chicken Bus photos. 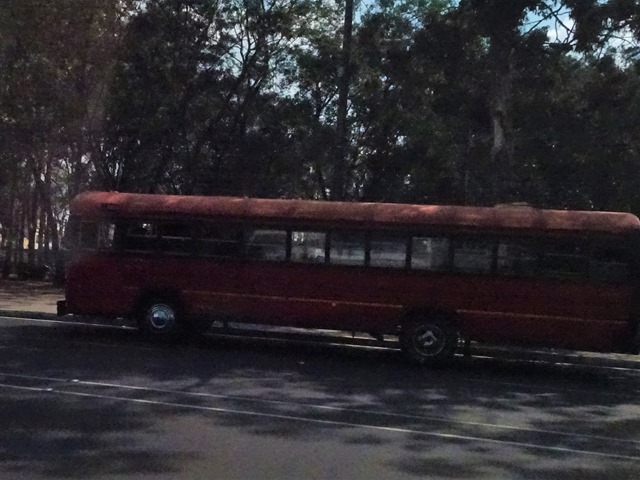 Not a Chicken Bus bus photo. I told you I wasn’t feeling good and these photos show it. The bus is a Guatemala city bus, they were on the do not ride list. Unsafe and crime were two of the reasons given. Just goes to prove that while Guatemala the country may be great, there are a few things that aren’t perfect. 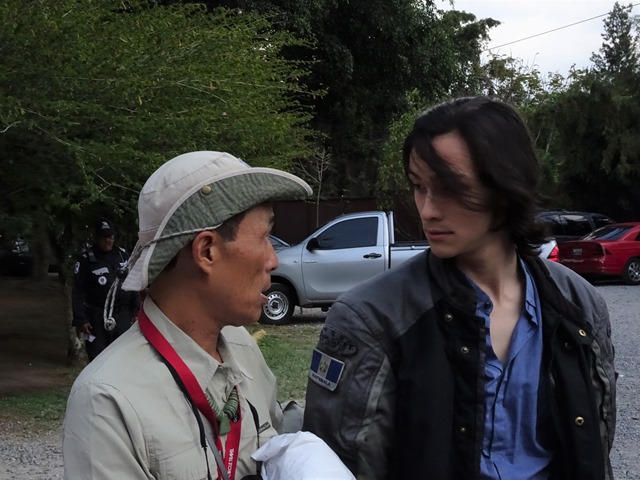 Richard and his son Samuel. 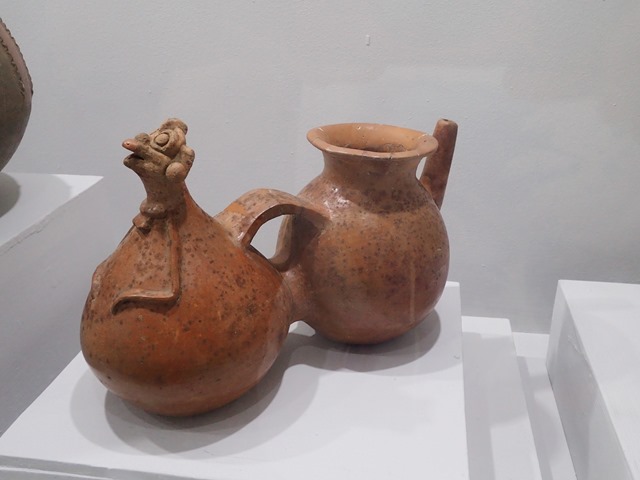 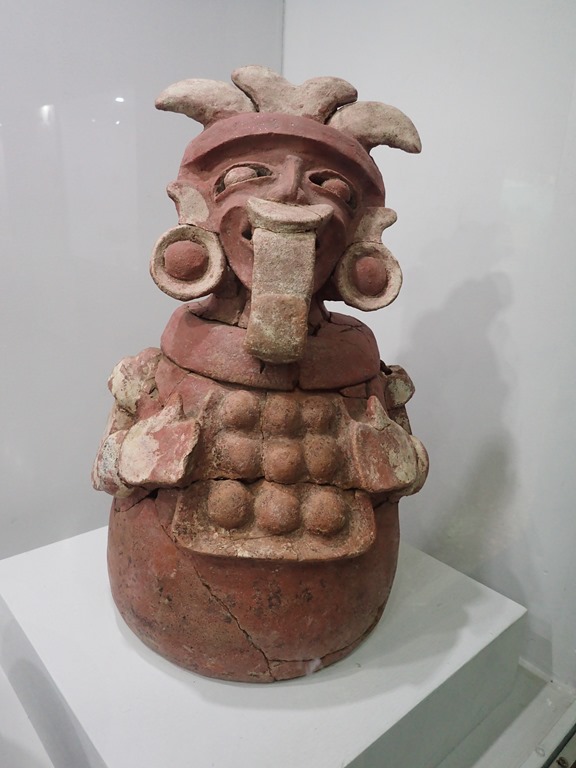 Linda’s two favorite pieces Mayan pottery. I hope the second one doesn’t resemble how she would like to look at me on occasion. 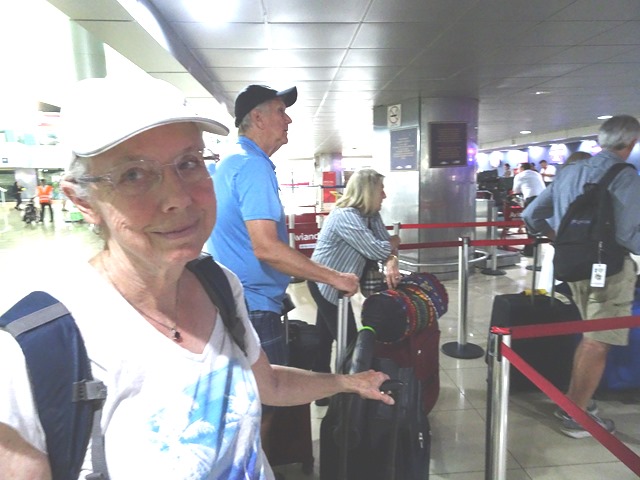 Linda is not big on waiting in lines at the airport. This was really long day, didn’t get to the hotel until after 9 and we have to get up at 4:15 tomorrow morning. No wonder I am tired and run down.