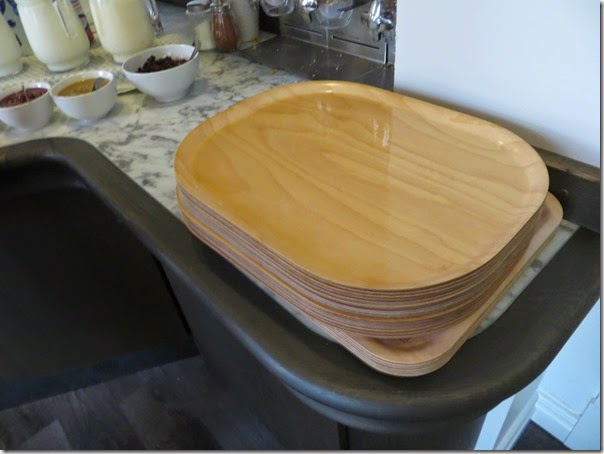 The breakfast room had beautiful trays to place your plates and utensils on. 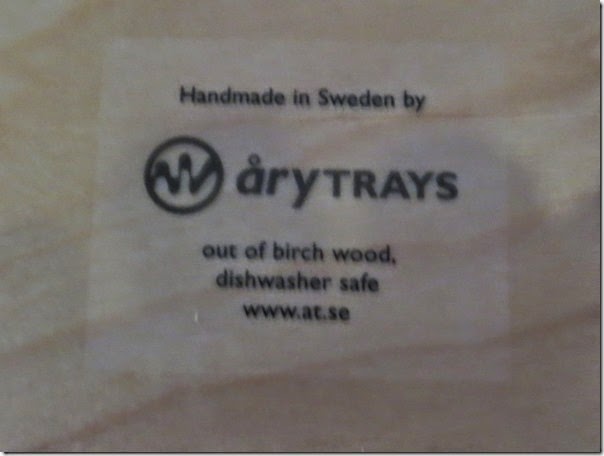 Wood is Sweden’s biggest product, there being trees everywhere in the central and northern parts of the country. 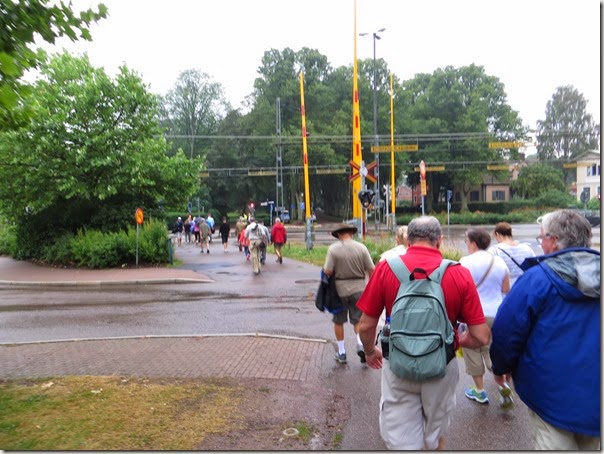 Looking ahead at our group heading out for the nearby castle. 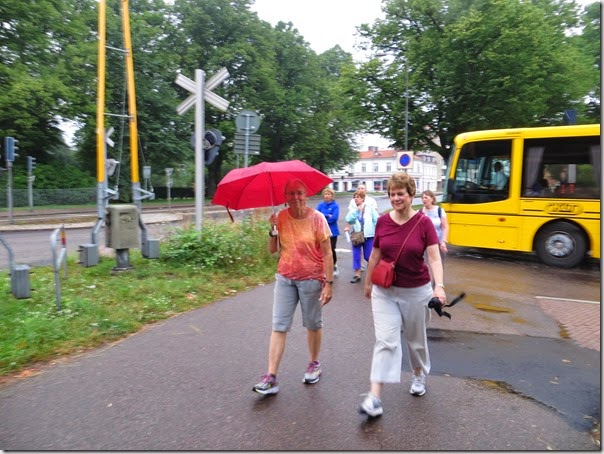 Looking backward. It wasn’t sunny and it wasn’t raining so what is that woman doing with the raised umbrella. How should I know, I don’t understand her most of the time which is why I get myself into trouble so often. Poor Bob, 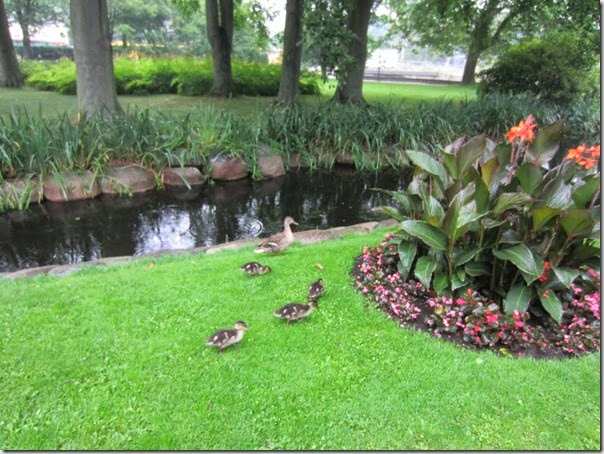 As we walked along I noticed some ducks along the path. A few moments later I asked Linda if she saw them. She just smiled. After downloading her pictures I can see why she didn’t answer me. 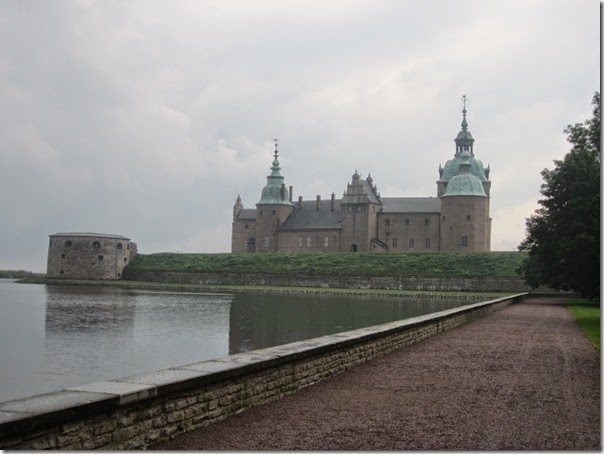 And out of the mists appeared the impregnable castle of the Swedes. 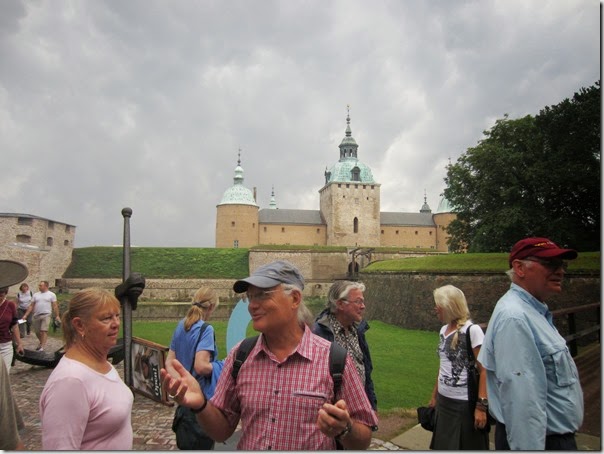 Explaining to Tanis there is a castle around here, it’s just that I don’t know where. 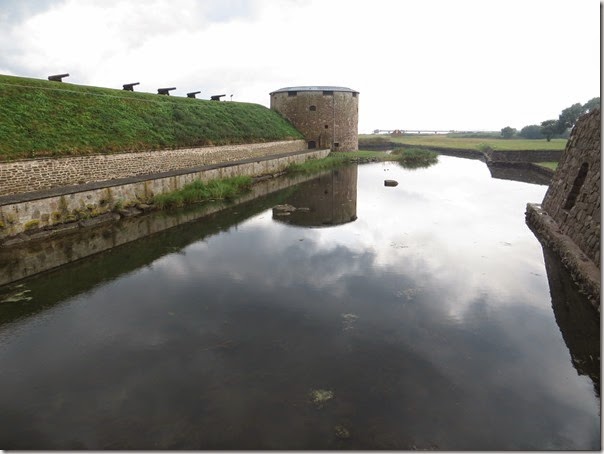 Looks like I found the moat so the castle must be nearby. 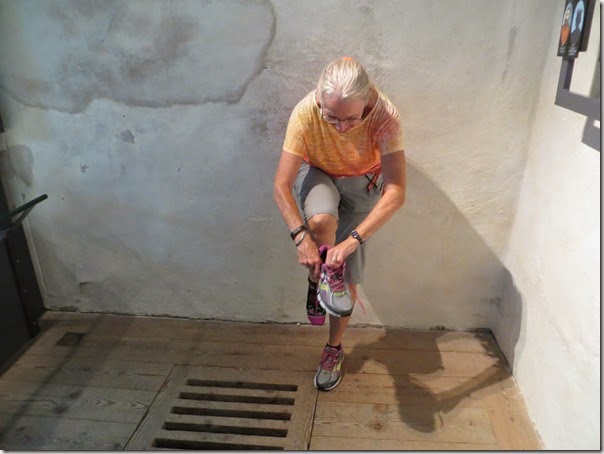 Linda doing what she is best known for. One mis-step and down the trap door she goes. 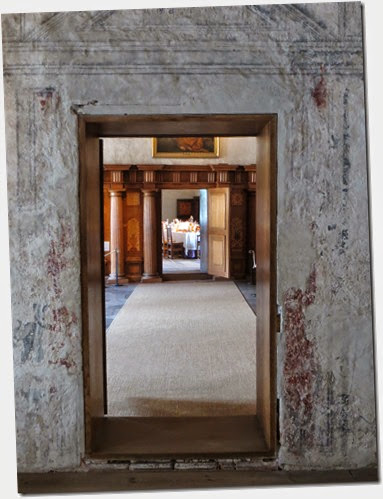 Nothing more than a neat photo from a room looking though a room into a far room. At least I like it. 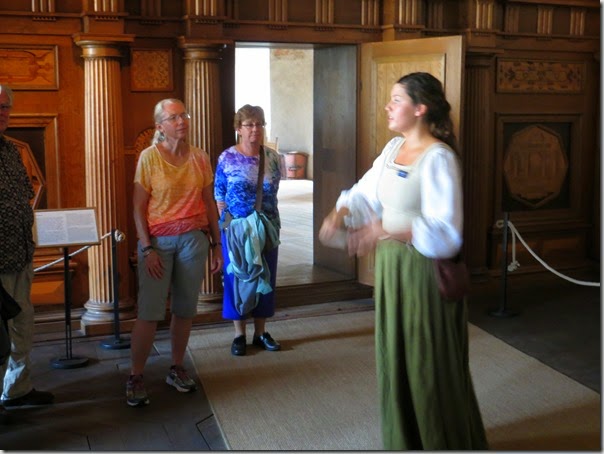 Linda was really into what our guide was saying while we were in the queens bedroom. Probably trying to pick up a few pointers on how to better lord over me. 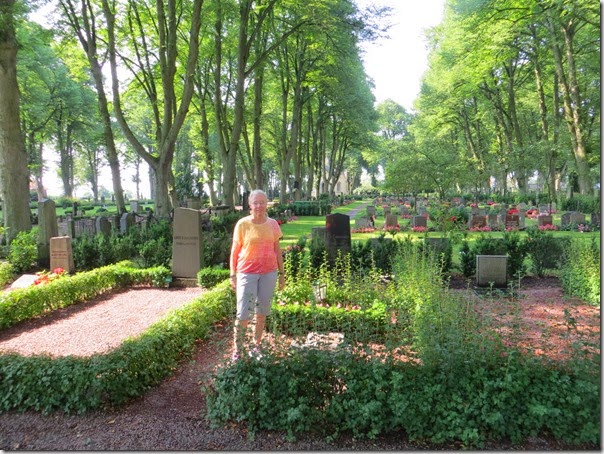 Of course we had to visit the cemetery just outside the gates to the castle. On our tour of the castle the guide mentioned the stones that made up one of the stairways were Catholic tombstones the Lutheran king had taken from the cemetery and placed underfoot. It helps show just how much the reformation changed people. I also noticed that on her way out of the castle Linda spent time looking at those stones. Never underestimate her curiosity in dead people. 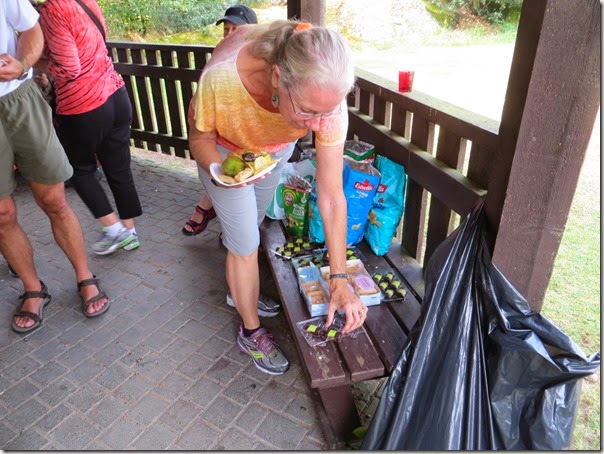 We had a picnic lunch today and some people made sure they got dessert. Not mentioning any names however. Nice Bob. 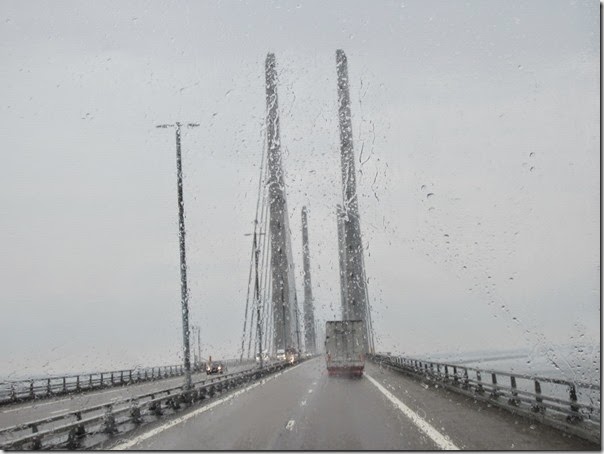 Looks like it is going to be a rainy day in Denmark, but on the far side of this miles long bridge the sun was shining. 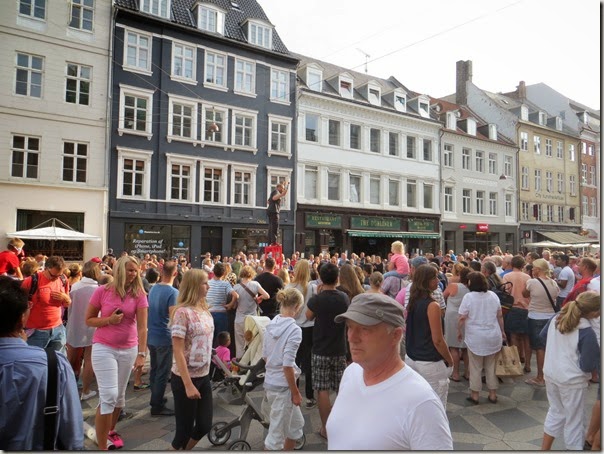 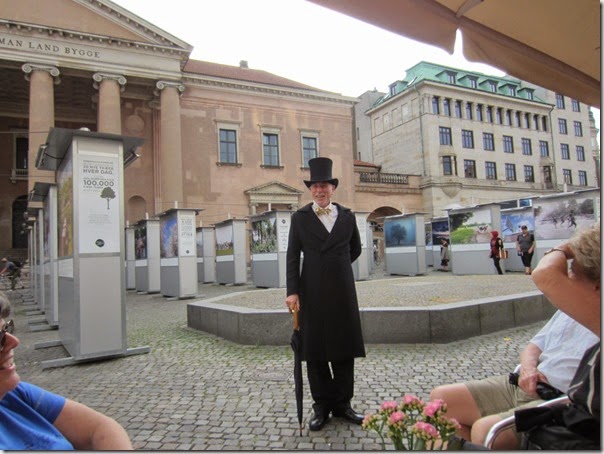 Hans Christian Anderson, the dead guy, paid a visit to our tour group. One of my tasks tonight is to download some of his fairy tales and begin reading them. 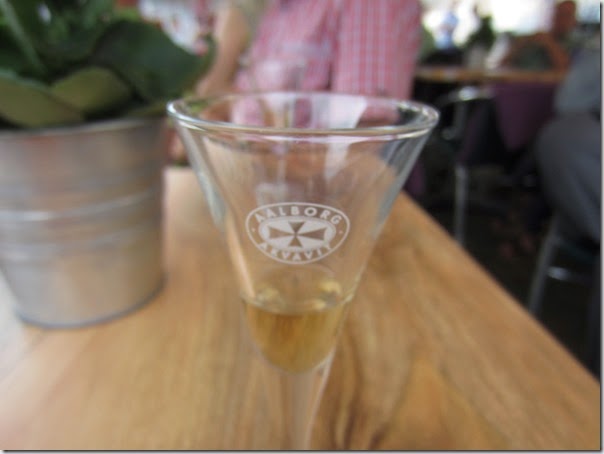 H.C even taught us how to toast the Danish way. It was our first taste of aquavit and we instantly knew why we had been told to try it during our time in Scandinavia as it won’t be our last. Thanks Karen. 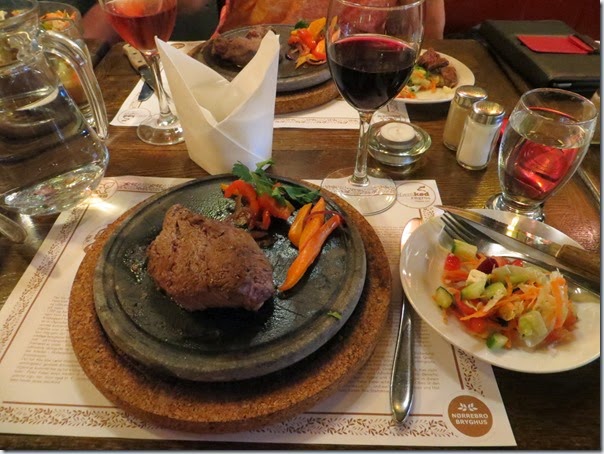 Stone beef for dinner. The stone is heated extremely hot and you cook the piece of beef to the degree of doneness you prefer. 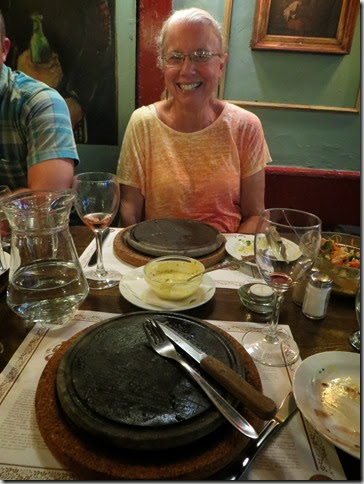 No need to wonder if it was good or not. 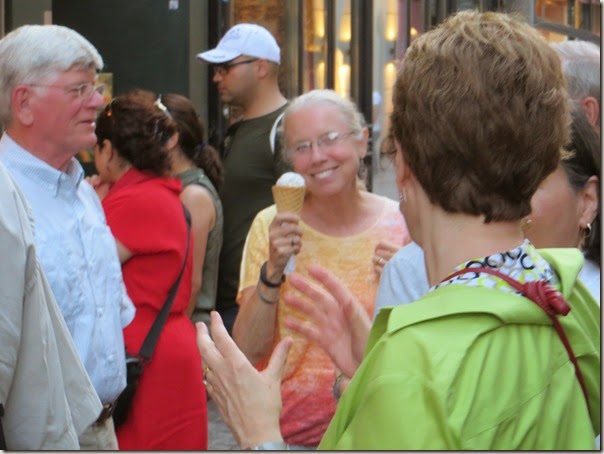 After dinner we were treated to ice cream. Guess who was first in line? Just another day of having more fun than a person should be allowed to have.