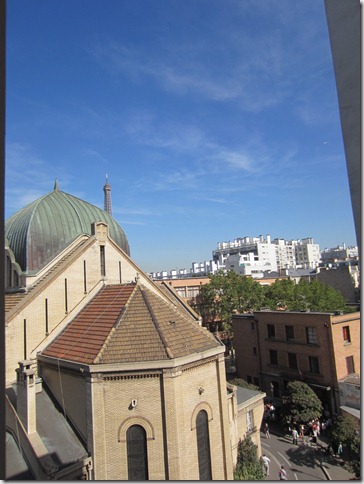 From a very busy, almost exhausting, time of touring to a slow paced, kick back and relax day. From a tiny hotel room with no place to put anything to a small Paris apartment where we can spread out. Our hotel had a view of the Eiffel Tower, though you had to climb out on the balcony to see it. Our apartment doesn’t have a balcony, but to see the Eiffel Tower in the distance you just need to look out kitchen window. 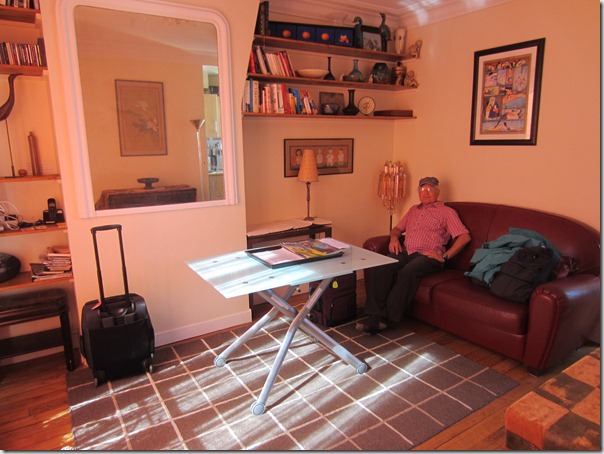 Photographing rooms is hard. Relaxing on the couch when you first arrive is easy.The nice thing about living in an RV is that places like this seem big, and except for an almost total lack of kitchen counter space, it is more than enough for the two of us. 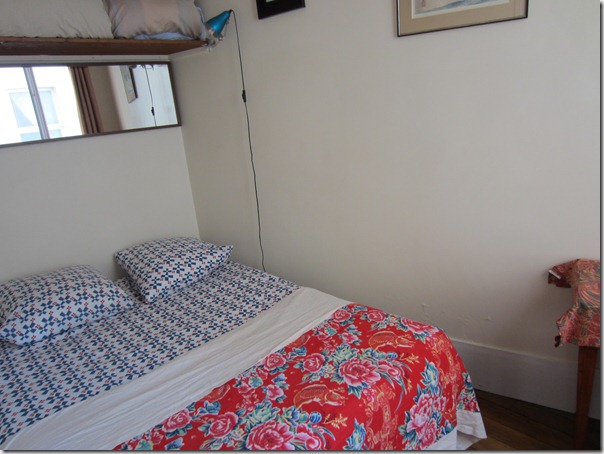 Think of the bedroom as a place that holds a bed. There is also a small table and chair, with plenty of room for Linda to have her luggage open and everything accessible. 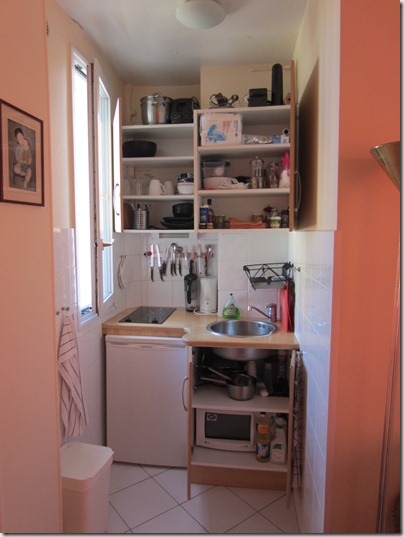 The kitchen is a marvel in space utilization. 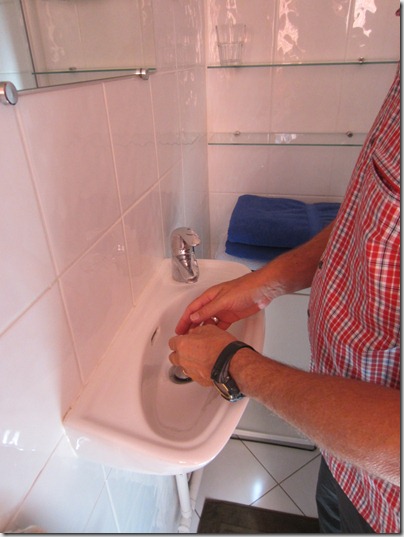 My favorite is the bathroom sink. Who needs something the size of a bathtub for a sink, or his and her sinks for that matter, when all you’re going to do is use it to wash your hands. 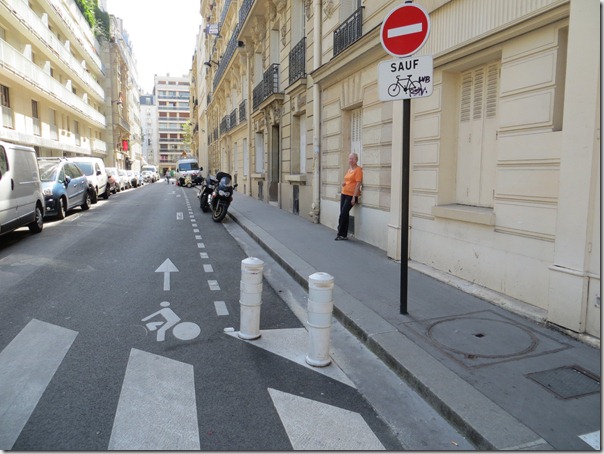 Even the streets are small in our neighborhood. I do have to say that the women in this neighborhood sure are beautiful as evidenced by the cute blond leaning against this building. If you want to know the whole story, lets start by walking out of our 5th floor apartment and going down on the elevator, the purpose being to buy some groceries.  Next open the two sets of doors and go outside. Get a short distance away and have your wife tell you she forgot the backpack and the shopping bag. That’s why she was patiently waiting here as I retraced our steps, got the backpack and bag, and then returned. 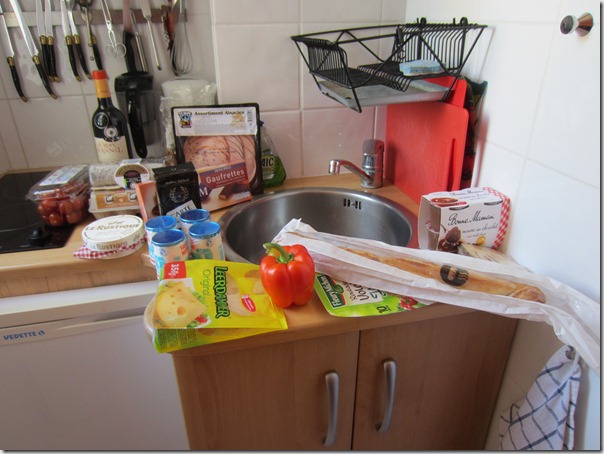 It may not be restaurant food, but was it ever good. 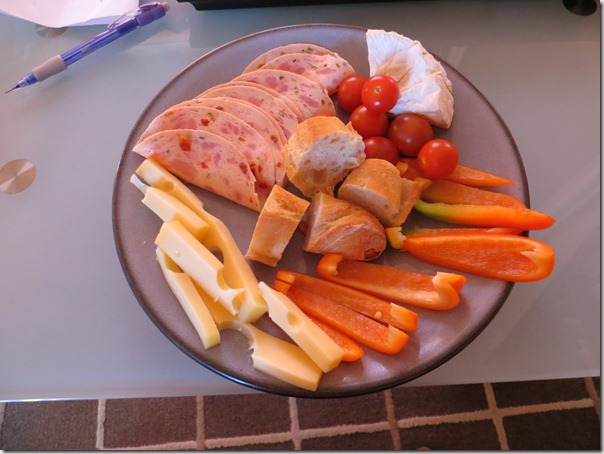 It’s not our appetizers, it’s dinner. The view at dusk. We did exactly what we planned to do today, which was to walk over to the apartment, it took less than 15 minutes, get settled in, buy a few starter groceries, and then just sit around, reading, getting caught up on the computer, the windows wide open, filling the room with the sounds of Paris.
As for our apartment, we found it by doing extensive research on the Internet. Apartment reviews, travel forums, rental firm websites, we spent hours on them all. Now we are glad we decided to rent rather than stay in a hotel this week. A Metro station is just a couple of blocks away, a supermarket even closer and a produce market just a few steps further down the street. And it is obviously the real Paris since there is even a McDonald’s across from the Metro. The other nice thing is that even a small hotel room would have cost about twice what we paying for the apartment. More space and convenience for less money, guess you could say we are having the best of both worlds.
Posted by Bob and Linda at 3:07 PM