Castles Come in All Sizes 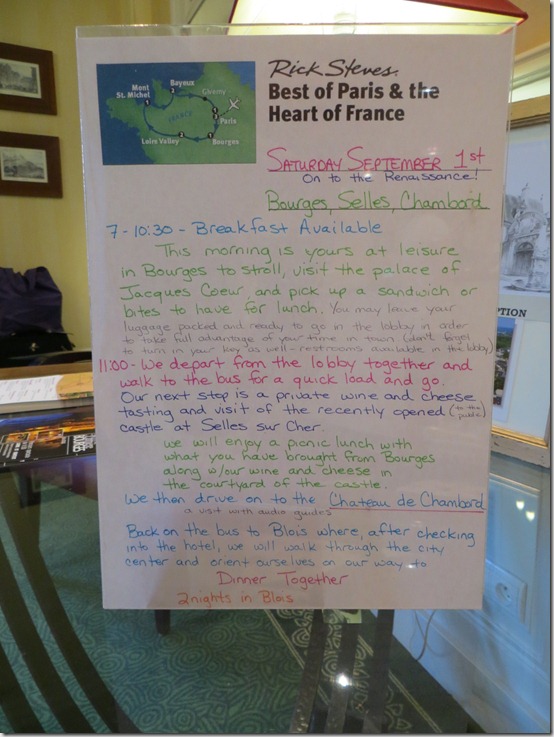 It looked from the itinerary that we would have a full day, and that was what it was. Full in the sense that we were doing a lot of things, and also in the sense that we were eating a lot of awesome food. It’s France, we eat foods we wouldn’t normally find, let a lone try. We drink wines we normally wouldn’t find, and we visit castles of kings that have as many fireplaces as there are days in the year. Now if we were only doing that at the pace of the French instead of the hurried pace that American’s seem to prize, it would be perfect. Since we can’t have everything we will savor what we do have. 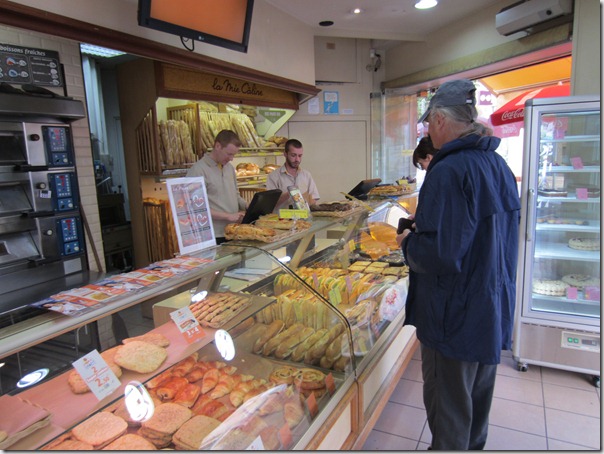 That wine tasting and picnic on the schedule meant that we needed picnic food. We went by the local farmers market but didn’t find anything that we wanted. We did find fresh killed and plucked chickens with their heads still one, but that wasn’t okay according to Linda. We ended up going to a nearby shop and getting a couple of take away sandwiches and a huge cookie apiece. 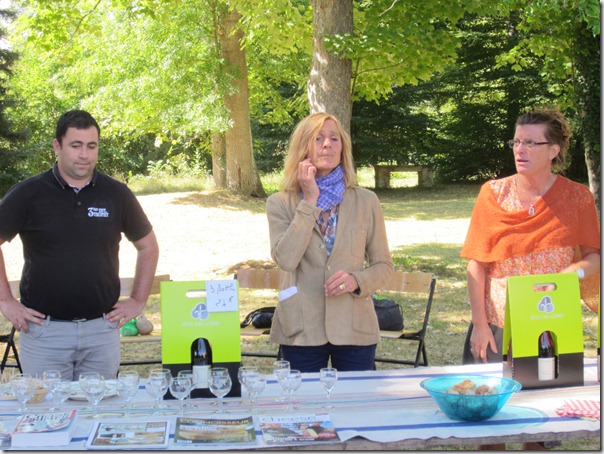 We really enjoyed the wine and cheese tasting in castle courtyard. There is nothing that beats a good local wine, and the cheese really opened Linda’s eyes. She hates goat cheese. Correction, she used to hate goat cheese, now she loves some goat cheeses. Interesting what pairings a wine and cheese expert can make. When I saw Linda take a fourth piece of one of those goat cheeses I knew she wasn’t just saying it was good to be nice. 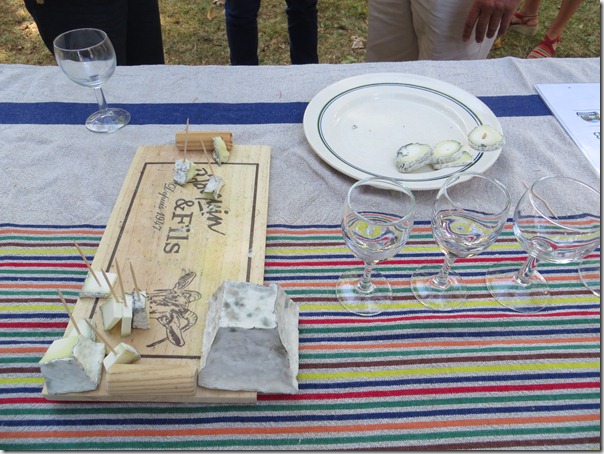 The one in the upper right was Linda’s favorite. It looks like a log and is called Saint Maure. The other one she liked was Valencay. I don’t mind my goat cheese having a nice goaty tang, but she can smell goat a mile away, and I have been informed by she knows  these two do not have a hint of goat, just wonderful cheese flavor. 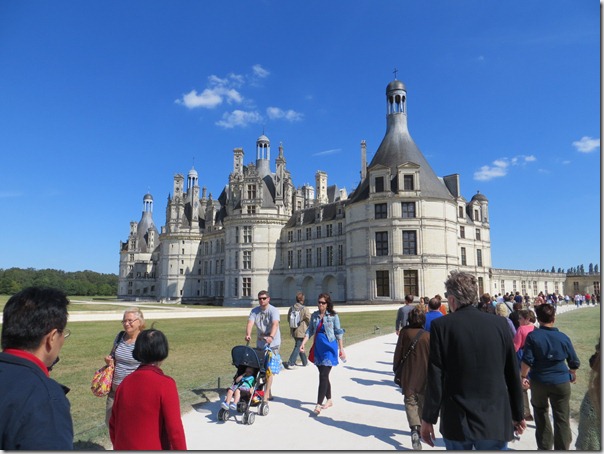 The hunting castle of the French Kings, Chambord. Over 400 rooms, over 300 fireplaces and with luck the King would spend a few days each fall there. This is listed as one of the must see castles (chateau) in Europe. The problem with that is that it is on everyone’s must see list and is so crowded that it really is hard to see things. After the third Chinese tour group in a row comes trooping though the room you are in it is enough to make you swear off ever buying anything from Wal-Mart ever again. 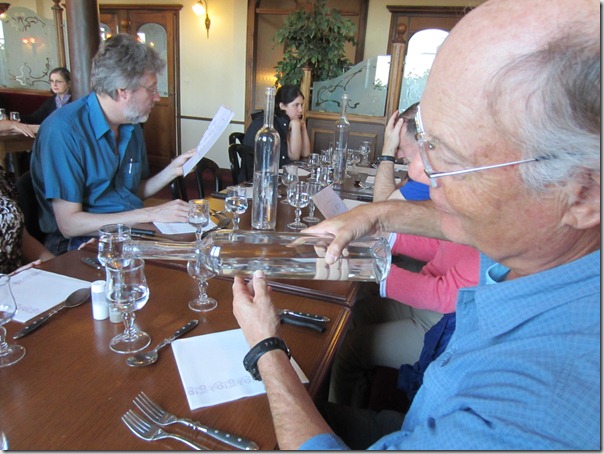 Dinner and no food or wine, see, we can do it. This was our group dinner after that long exhausting day of fun. It is also the reason this post is almost a day late. We were up quite late with dinner, and on Sunday morning we had to leave very early for another day of castles. There was just no time to write, so please excuse the fact that I have left so much out, but we have to rest some time.
Posted by Bob and Linda at 11:03 AM