A Day Trip to Albi 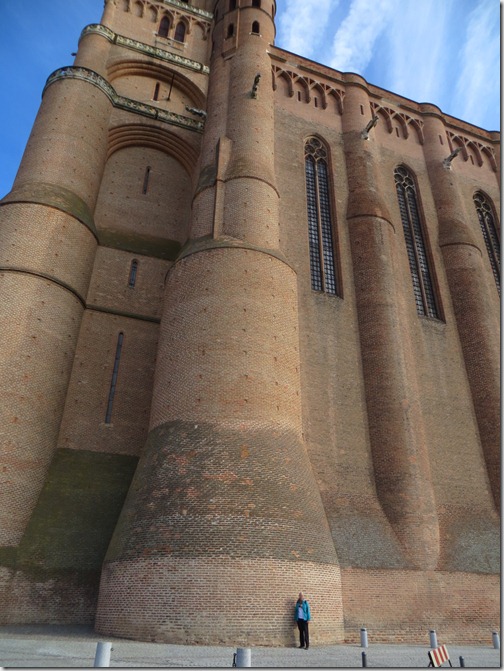 There are churches and then there are churches. This is the one in Albi France. The one built after the Roman Catholic Church massacred and slaughtered thousands of Cathars because they didn’t believe as the Pope wanted then to believe. To show the power and might of the one true Church, this church, that was more fortress than church, was built. Actually it was to make sure the Cathars toed the Papal line, as much as it was to worship in, though there weren’t a whole lot of Cathars left after the Pope’s butchers were done. Sorry, but history is history, unless it gets rewritten by the victor, as is often the case. Then years or centuries later the real facts come out. 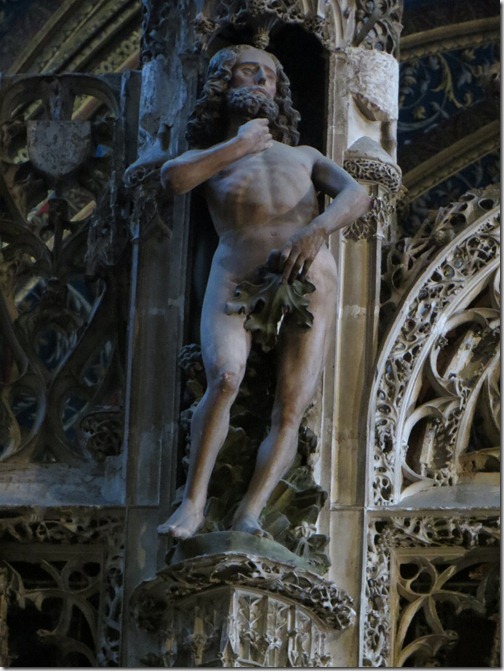 I always love how Catholic Churches display Adam and Eve. The Bible says they were naked but you never see them that way in these churches. Makes one wonder what all else they cover up with their so called faith. 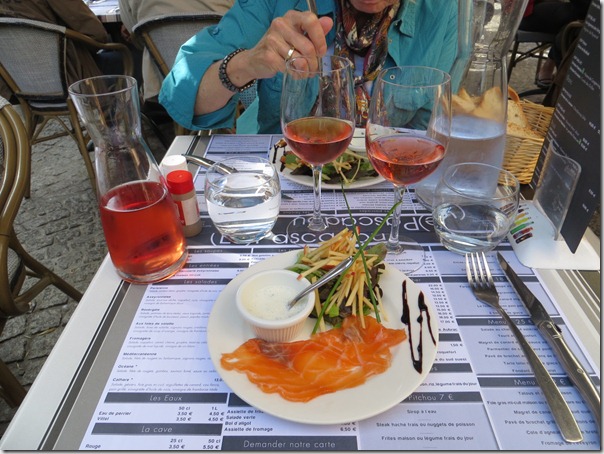 No cover up here, just the plain good food. When Linda eats raw salmon it has to be good. When she eats it all and says it was good, it has to be way more than just good. And that was just our appetizer.

Just to make life interesting I got us slightly lost on the way back to the train station. Normally such a thing wouldn’t be a big deal, but since it was two hours until the next train, Linda was just a tad unhappy with me. We made it in time, plus the train was 10 minutes late, but that didn’t get me out of the doghouse. Guess I should be happy I didn’t suffer the same fate as those thousands of Cathars.

Email ThisBlogThis!Share to TwitterShare to FacebookShare to Pinterest
Labels: Albi