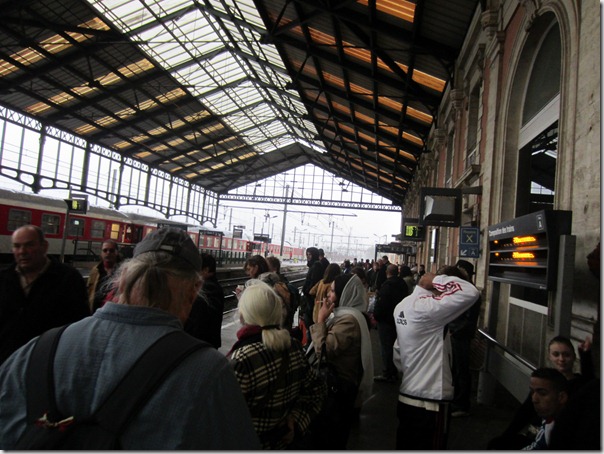 Today we were traveling to Barcelona to begin our two week Rick Steves Spain and Morocco Tour. They say it is 16 days, but since it doesn’t begin until 5 PM the first day and ends immediately after breakfast on the 16th day, it is really a two week tour. Enough of that, what is interesting was our train trip. 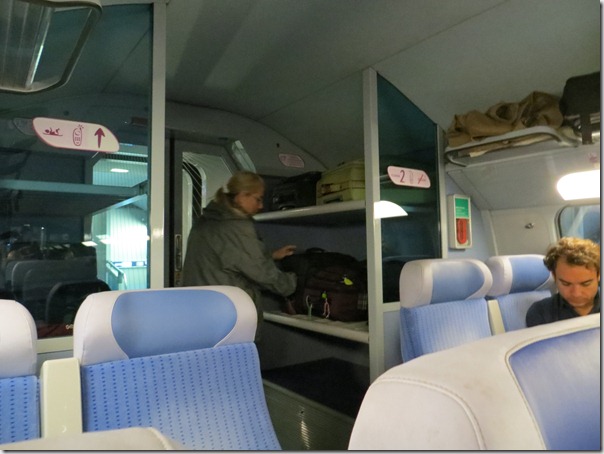 For one thing, we were taking three different trains. For another it was raining cats and dogs all day long, with the occasional lions and tigers thrown in for good measure. We had about a half an hour for our two connections, but when our first train was 20 minutes late, it sure didn’t start off so good. 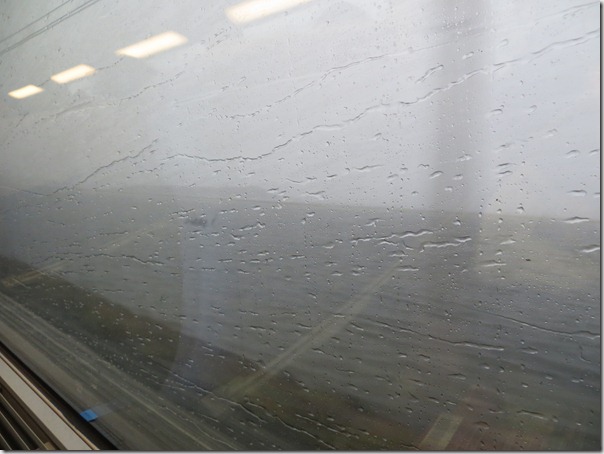 With the lousy weather there sure wasn’t much to see out the window. Then we ran into some luck, our next connecting train was also delayed 20 minutes, so we had no trouble with that connection. That was at Narbonne, France, and there it was actually raining hippos and elephants, plus the wind was blowing the rain nearly horizontally at times. The inside of the station was so crowed you could barely move. 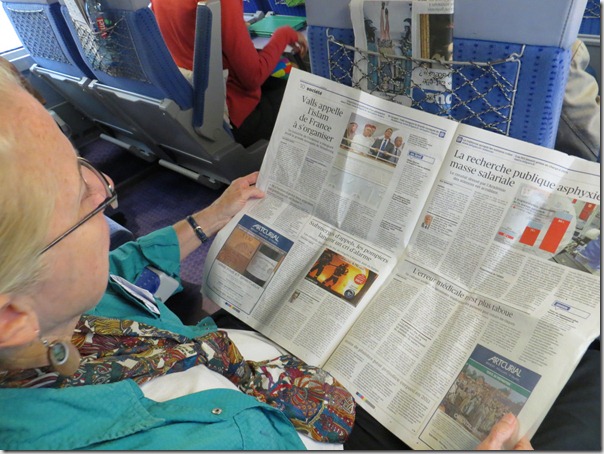 Linda surprised me by reading a French newspaper on the leg from Narbonne to Figures, Spain. 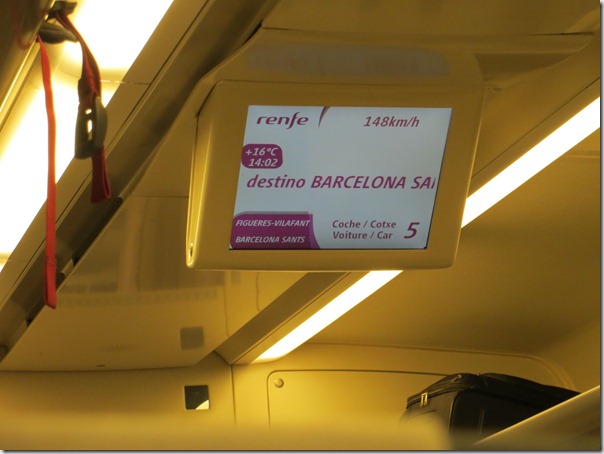 The last segment was on the AVE from Figures to Barcelona, where we had to take the metro to be closer to our hotel. The Barcelona Sants station is one of those where when you finally get done walking from the train station to the the right metro platform, you think it would have been easier to just walk to the hotel directly. 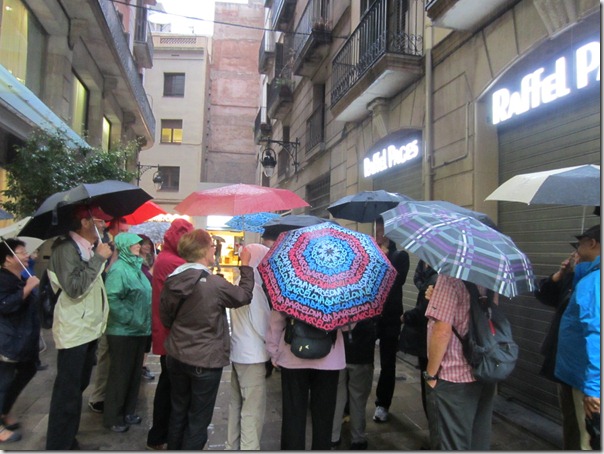 After our initial meeting in the hotel, we took to the streets for a get acquainted walking tour. Two things were apparent right off, it wasn’t going to stop raining, and a little rain wasn’t going to interfere with our tour. The rain didn’t seem to bother the people of Barcelona either, as the streets were positively crowed with people walking under umbrellas. 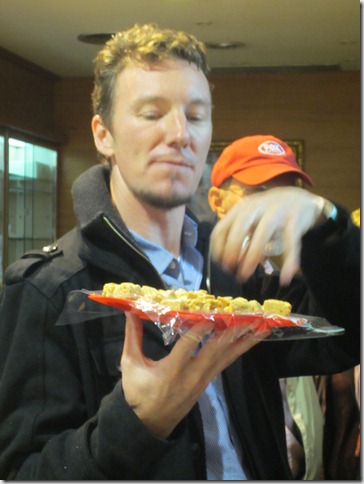 Our tour guide, Nygil, in action. We had read that he was in the top handful of guides, and if first impressions mean anything, he very well could be the top Rick Steves tour guide. Not bad for someone from Chico, California who came to visit Spain years ago and never returned to the States. It promises to be a great two weeks.