Way behind and trying to catch up with our posts. 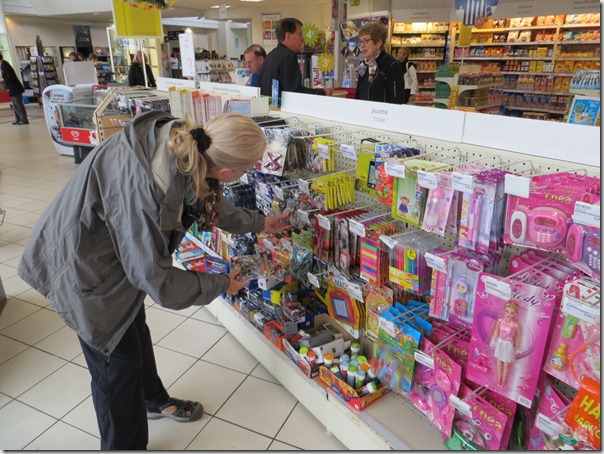 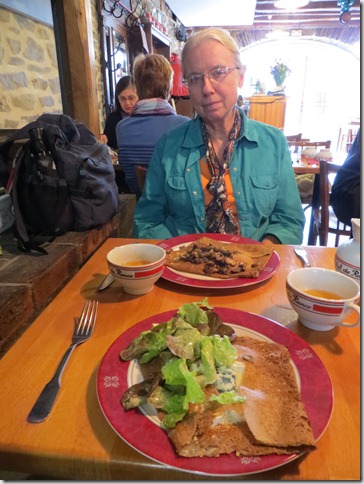 I have been told a thousand times or more during our decades together to always let Linda know when I will be taking a photo. Now I almost always have a smile on my face so it doesn’t matter to me when she takes a photo. The other way around, it doesn’t work that way. She who spends most of her day glaring at me, I must say justifiably so since I can be a most exasperating person (at least to she who glares at me) has not been forewarned in said photo that said husband was about to take a photo. Normally all these photos are edited out, I thought you might like to see that Linda is not perfect, ALMOST PERFECT, but not totally perfect. 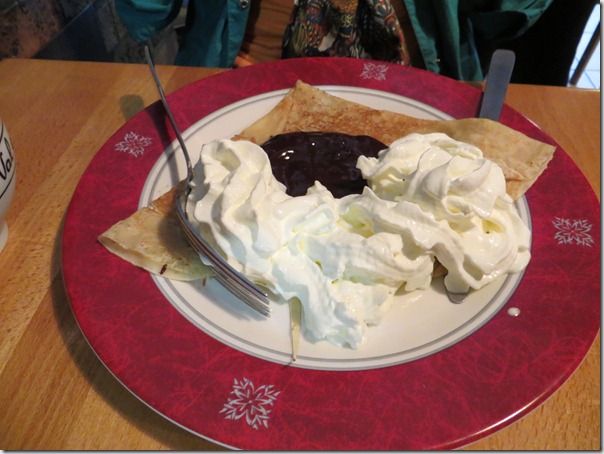 We had stopped in a town renowned for its salty crepes, something that virtually everyone on the tour had for lunch. You already saw our main course, but that wasn’t all. As Linda thinks, if their crepes are famous, their dessert crepes must be fabulous. And here is Linda’s, proving that a crepe can definitely have more chocolate and and real whipped cream than crepe and still be called a crepe. 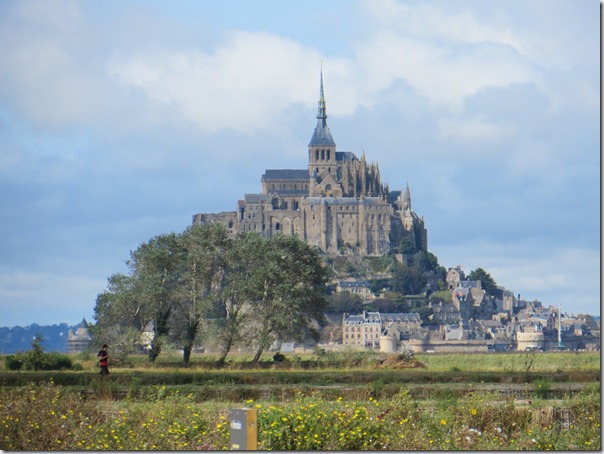 Crepes be damned, Above is the stuff of dreams. In September 1963, exactly 49 years ago I sat in French class during my first day of college. The class was being taught a new way using recordings and photos. The very first photo that appeared on the screen that day was just like this one. For the past 49 years I have dreamed of visiting Mont Saint Michel, and today that dream was fulfilled. Just let me say that our time on the Mont far exceeded anything I ever imagined. To say it was magical doesn’t even begin to describe our overnight stay. 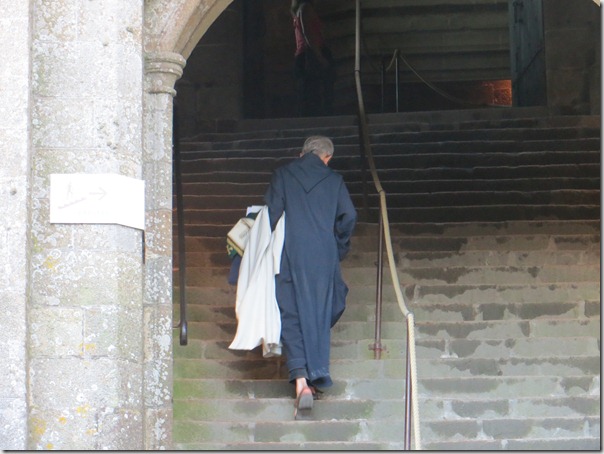 On our journey around the Mont, we caught sight of this monk heading to evening Vespers. 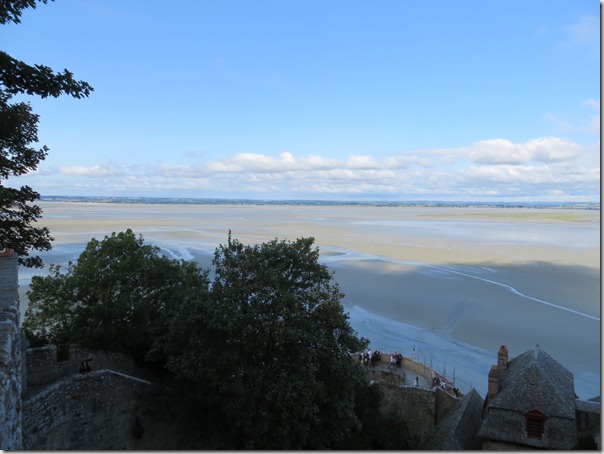 The mud flats around the Mont. This is the second highest tide in the world after the Bay of Fundy in Canada, and when it is out it is really out. So far out there is no water to be seen, if you ignore the water that doesn’t count in the above photo. What stretches to the horizon are mud/sand flats. During our evening meal the tide came in and quickly this area was covered with water. It turned out to be a very high tide because of the full moon so we were treated to a sight that not many get to see. 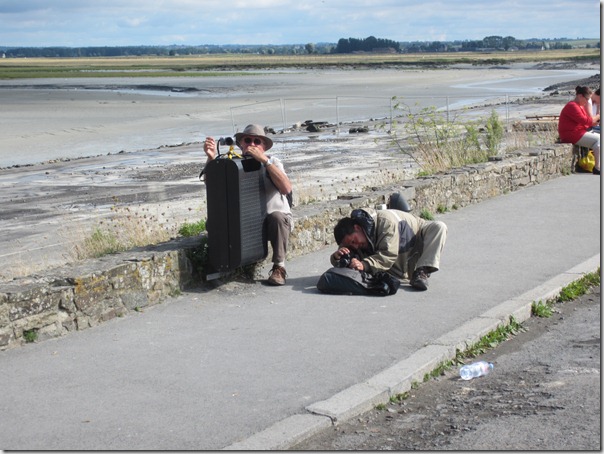 This a good example of the inventiveness of some of the better photographers that were tour members. There is the, carry a cool little yellow tripod that you set up on top of a trash receptacle approach, and then there is the, throw your backpack on the sidewalk and watch as your camera repeated slides off, approach. 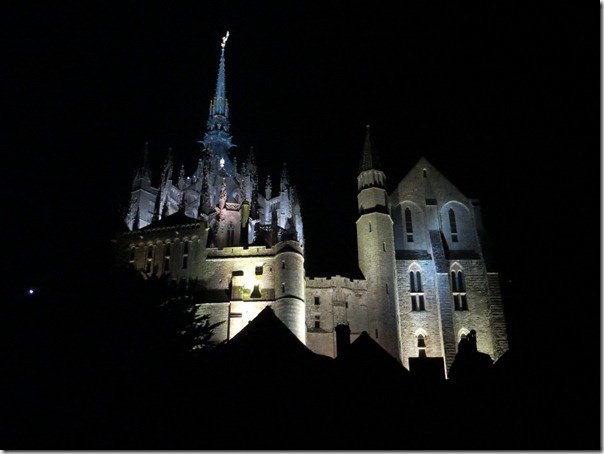 Something that very few visitors get to see as most are day trippers. At night the street that is jammed with people during the day is virtually deserted. Even better are the views of the abbey, which is bathed in floodlights. This was a lifelong dream that turned out to be far more awesome than I ever imagined it would be.
Posted by Bob and Linda at 2:34 PM