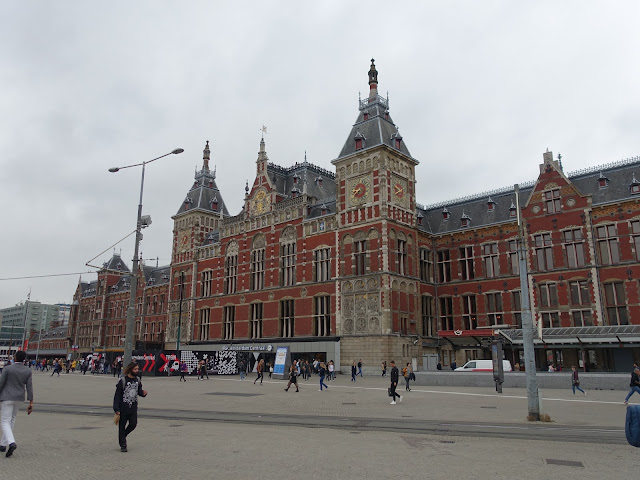 We bought a four day local transit pass when we arrived and it has really paid off as we can just jump on any tram or subway (were not big on buses) and get anywhere rather quickly. You can get them with free admission to museums but we decided that with the tours that were taking, any museums we would just pay for on the days we wanted to go. With the pass we would pretty much have to fit all the museums in in one day, something we just don't do. 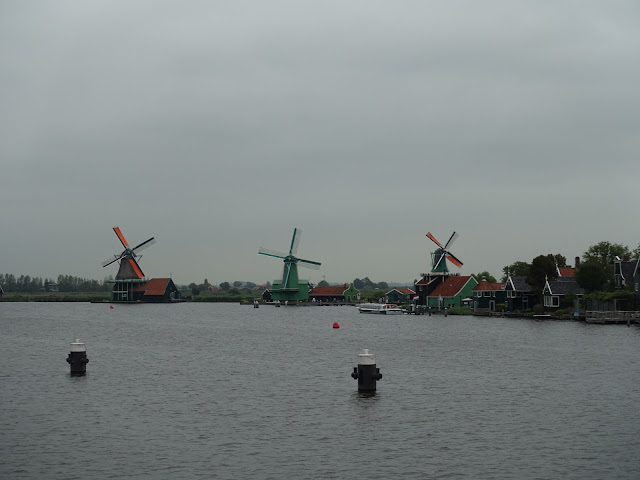 Today is a windmill day. 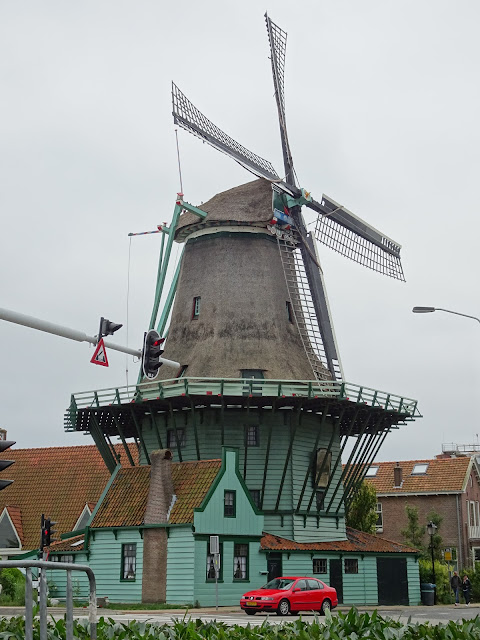 At one time there were windmills everywhere but now they are few in number. 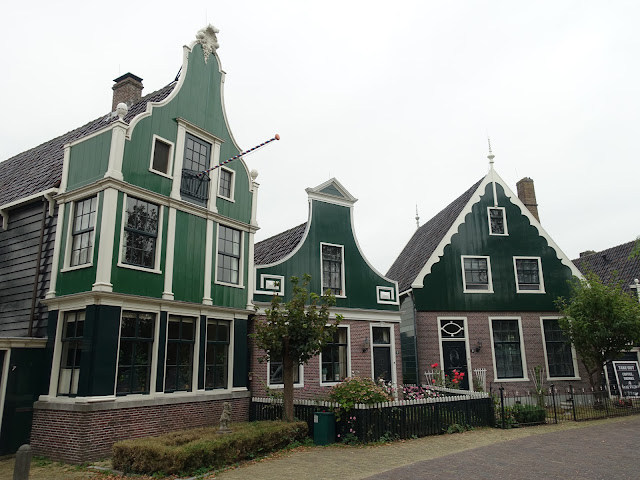 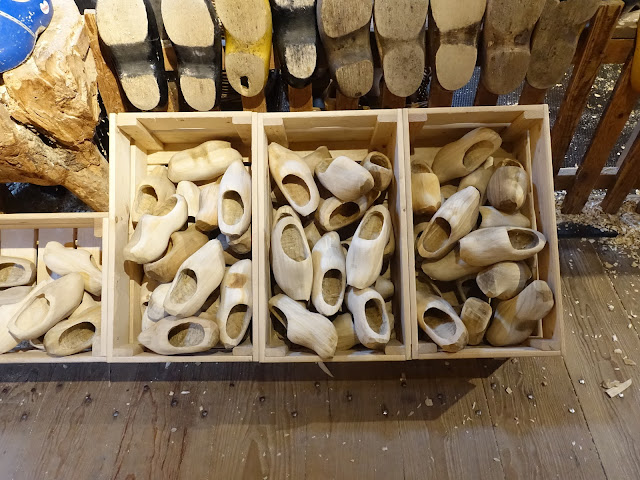 Wooden shoes. There was a reason they wore them. Water. 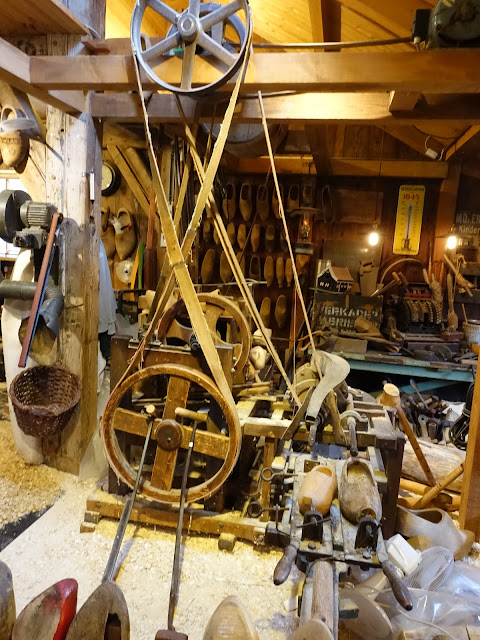 An old machine that automated the wooden shoe making process 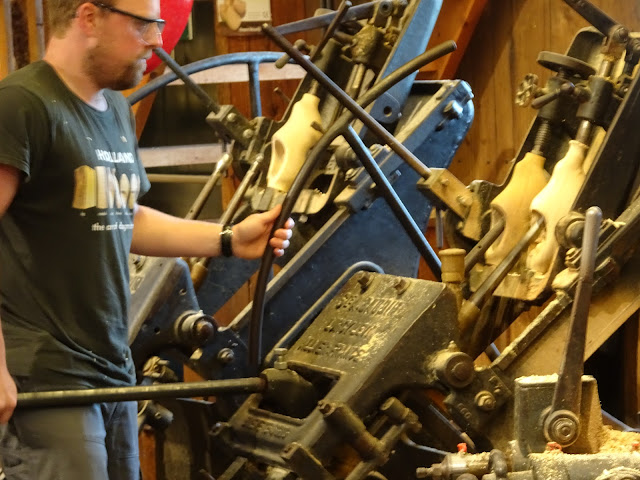 another machine that automated the wooden shoe making process. 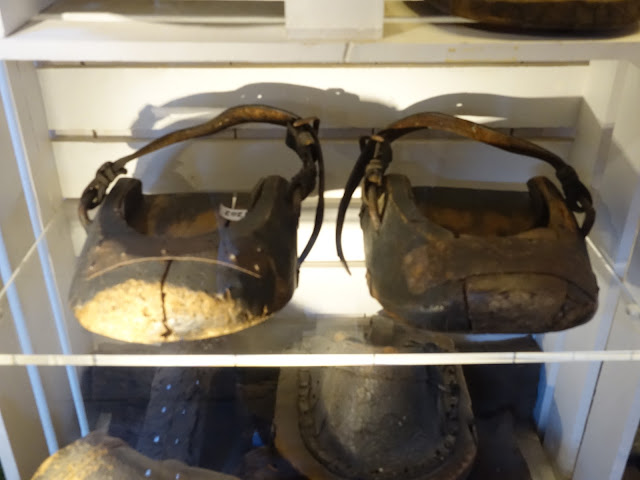 Everything syncs into the soil here, so even the horses had to wear wooden shoes. 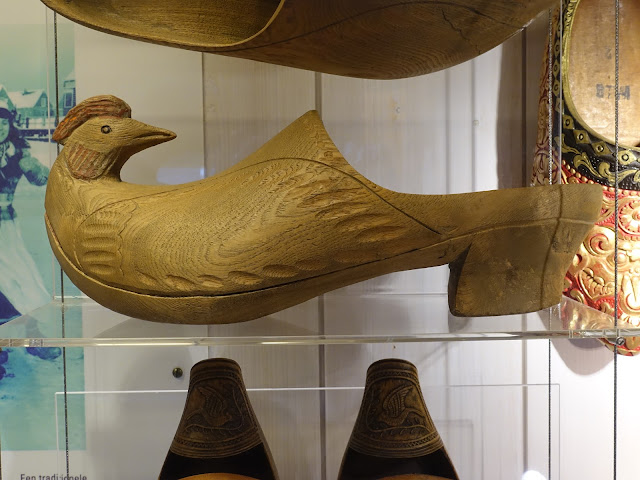 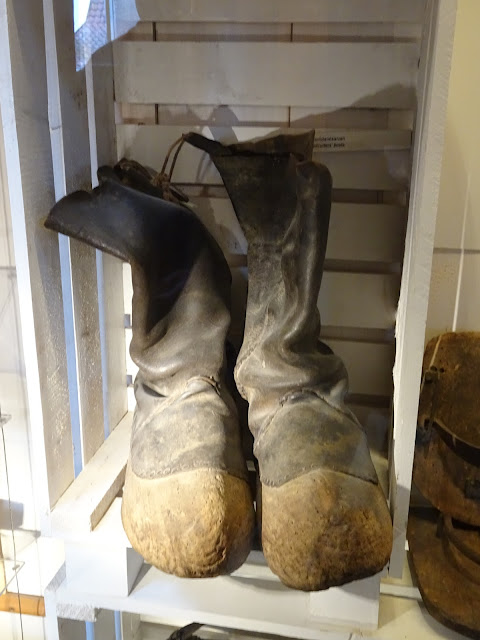 Wooden shoes worn by the men who worked in the peat bogs. 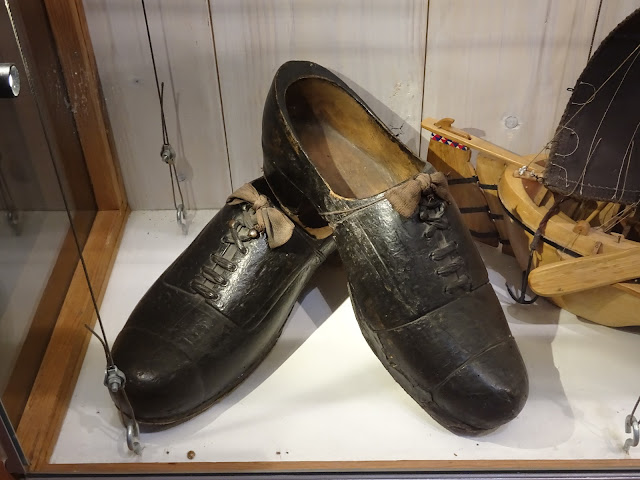 Wooden shoes made to look like the other lace up shoes 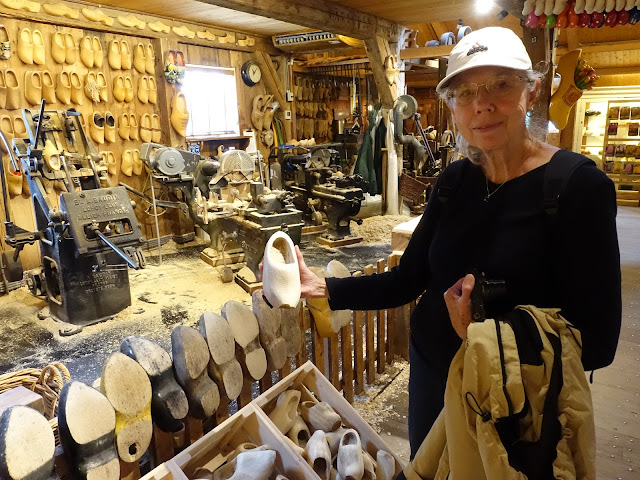 note the holes in the souls of the shoes on the fence. The shoe Linda is holding is a new shoe that is made from green wood and is far heavier than the shoes are after they have dried out. 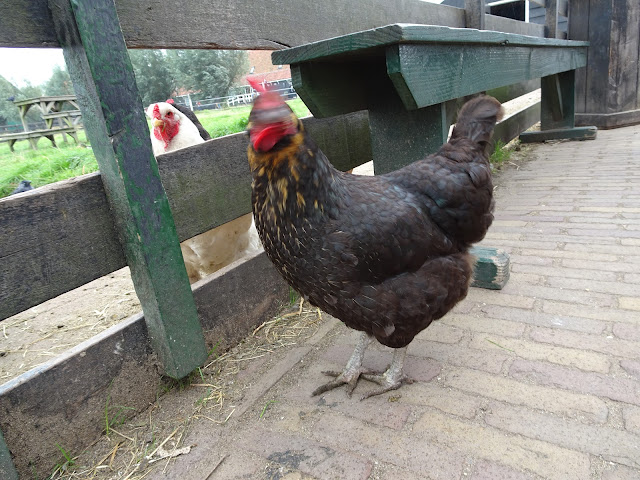 Another of those, you never know what you'll see when Linda's pictures are downloaded photographs. 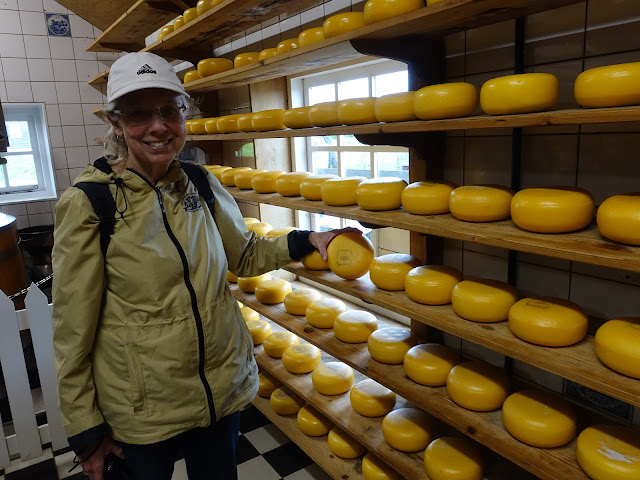 Linda, the cheese lover, wondering if this is what heaven is like. 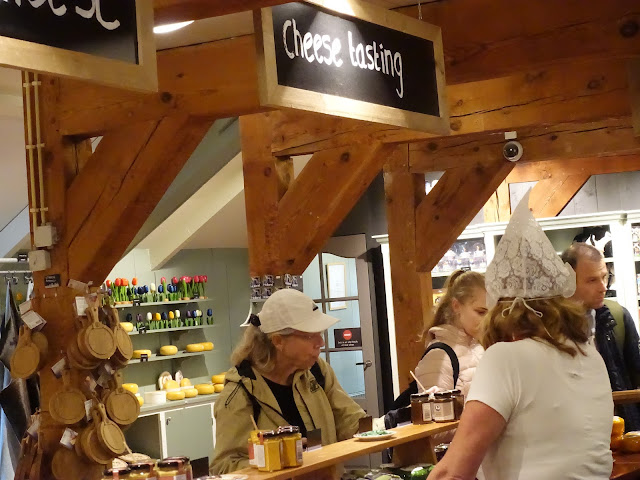 I like this photo. They had samples of probably two dozen or more cheeses and Ms. never met a cheese she did love, tried to taste them all. I love the fact that the sign above her head says it all. 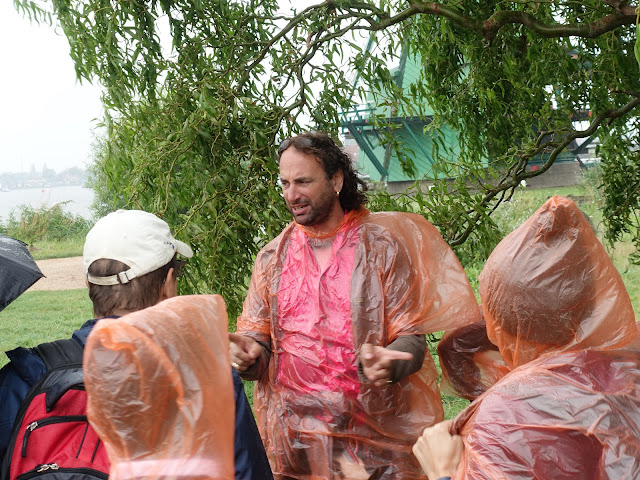 David, our guide. Unfortunately he was one of the worst guides we've ever had. It turned out his daughter had come for a visit and all of his attention was on her and not on the people on the tour. 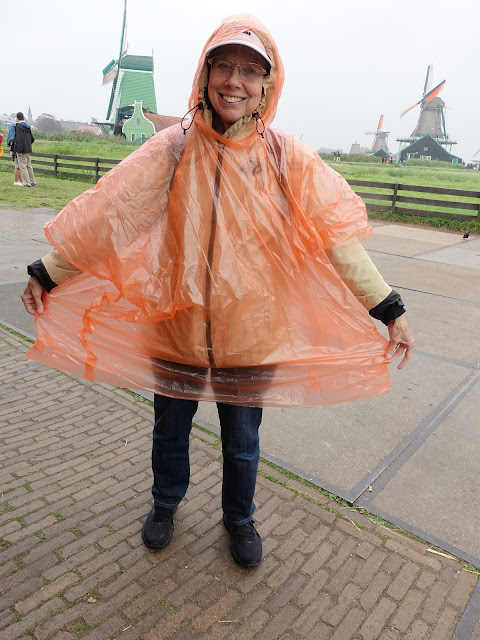 How the role dressed cheese lover fends off the rainstorms that would come and go during our tour. 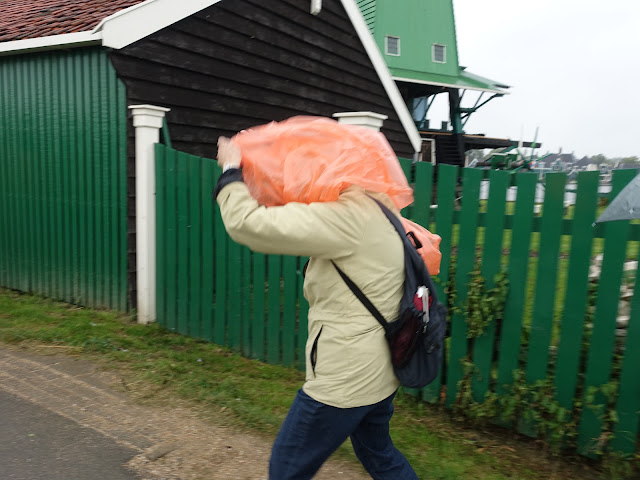 I know if I say too much about this one I could get in big trouble so I'll let you use your own thoughts to fill in what you think about someone putting on a poncho in this manner. Smart Bob. 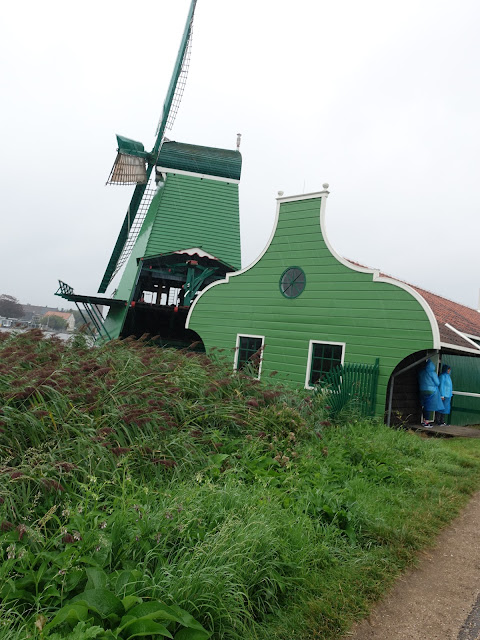 A different shade of green here. 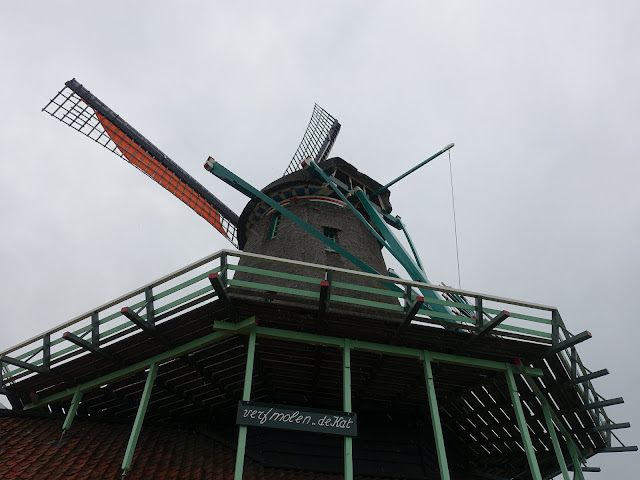 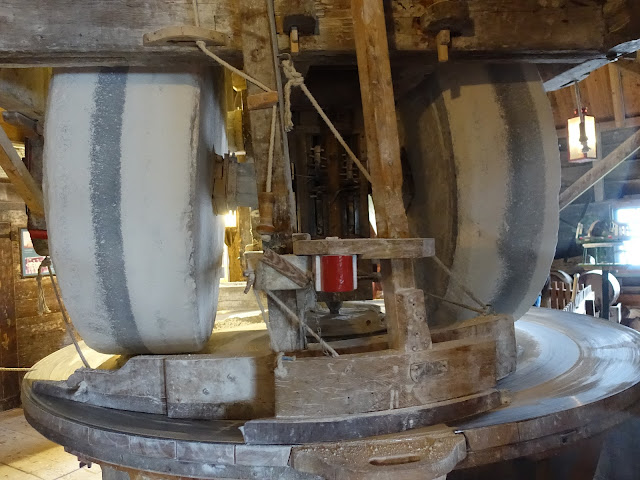 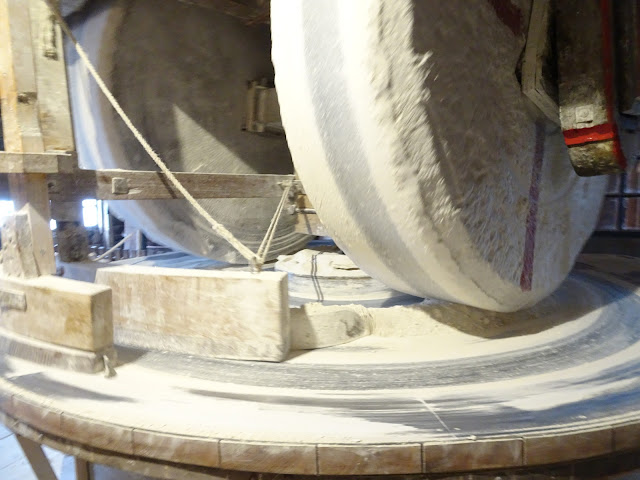 The windmills were actually working windmills grinding chalk for pigments. 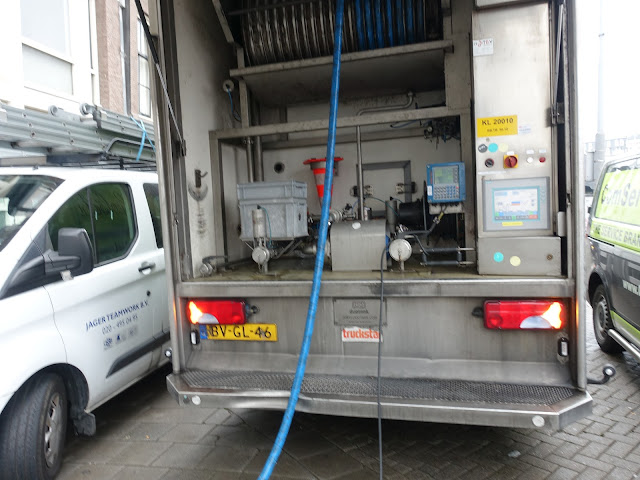 A change of subject matter here. Walking back to the train station after being dropped off after the tour we encountered this truck. 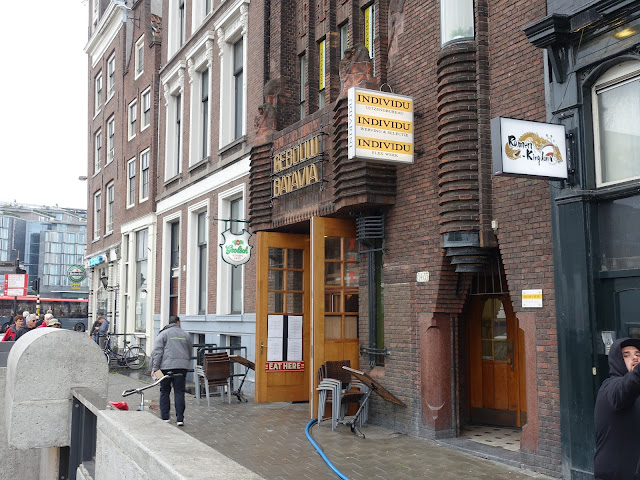 Notice the hose going into the bar. We discovered that the beer on tap is delivered to the bar from these tank trucks. The bar has either a 5000 leader or 10,000 leader tank in the beer is pumped into it. Each truck only delivers one type of beer so there is no contamination. The things you never know unless you stop by something you don't know what it is and start asking questions. 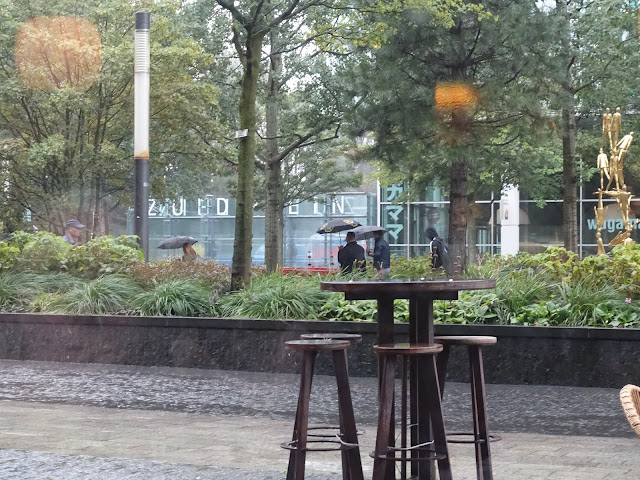 This photo doesn't do justice to the intense rainstorms we were having on and off during the day, though the umbrellas in the distance should give you an idea. A nice day it wasn't 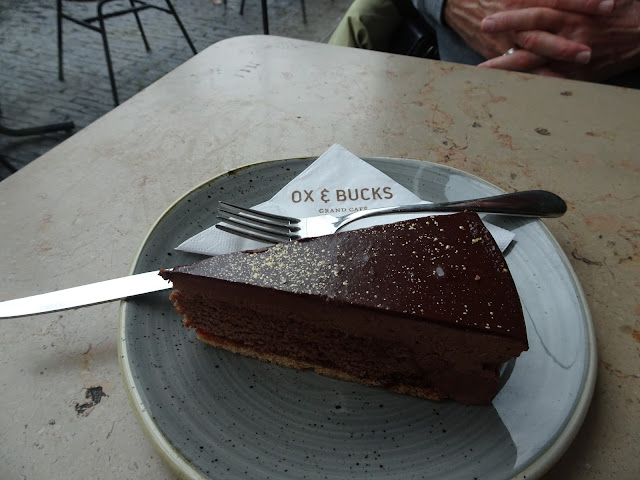 How Linda copes with a day that isn't so nice. She was also very nice and shared some of it with me. It was the perfect way to end the day. Two posts today as I play catch up.

Email ThisBlogThis!Share to TwitterShare to FacebookShare to Pinterest
Labels: The Netherlands, Windmills