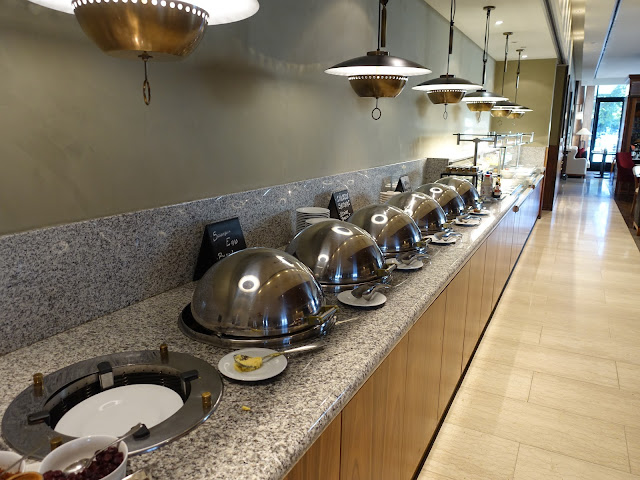 What a difference a day makes. This weekend saw a solid line of people filling their plates each morning. 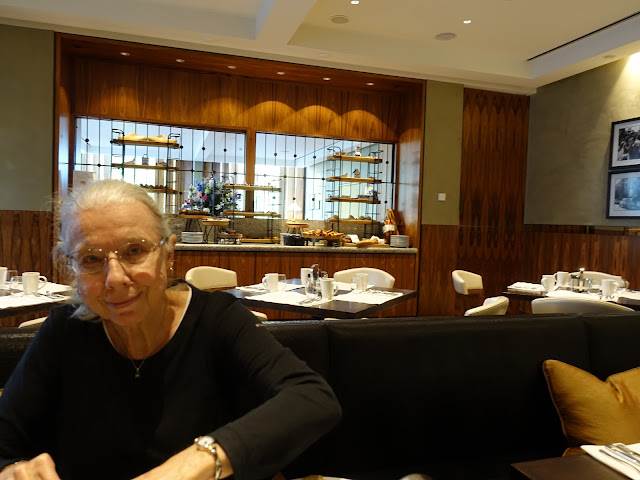 Empty tables at the back section closed off made for a very pleasant breakfast. One of the conference speakers sat two tables away from us and I was able to complement him on what a great job he did. He not only knew his subject matter, he spoke slowly and distinctly and used his slides very effectively. Unfortunately most of the MyHeritage staff are non-native English speakers. They tend to speak rapidly with much less volume and often turn away from the microphone to look at the slides. That in itself is one of the things that goes into deciding which sessions we will attend. Since they will all be available for free on video, we can take our time and try to learn something from those we skip. 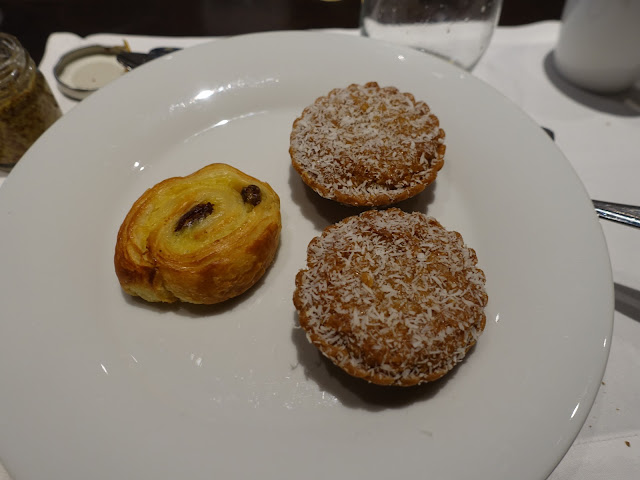 Since it was the last morning, I felt I could, to use Linda's word "overindulge" in the little coconut pie sweet treats. I only took two, likely something I will regret as I should've taken four. 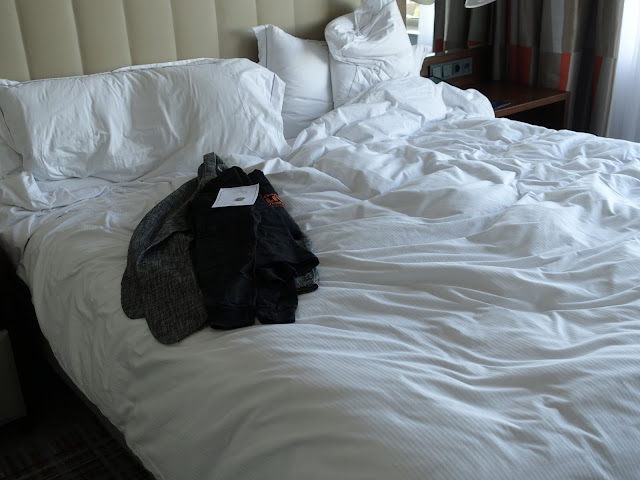 With our suitcases nearly full and no need for some of our clothes, especially that sport coat I've been lugging around even though the only time I wore it was at the Tattoo weeks ago. Since it was only $14 at a secondhand store, leaving it wasn't any problem. 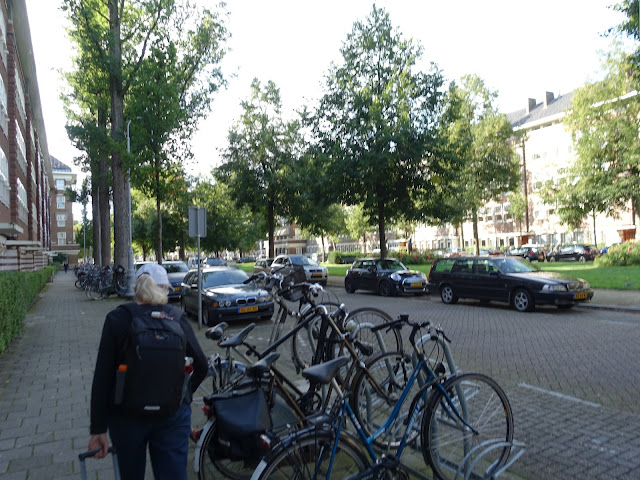 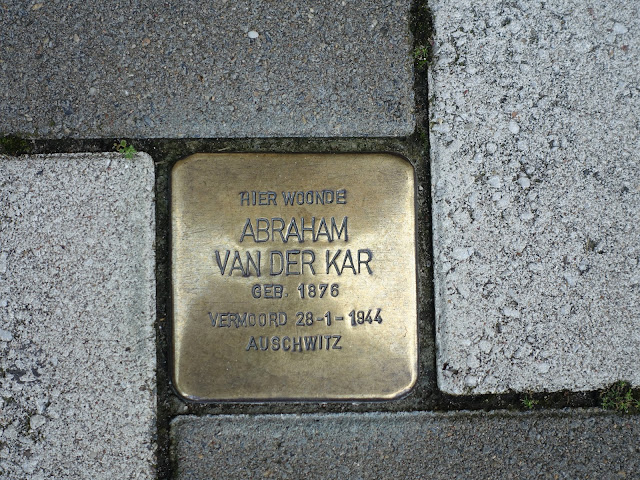 The horrors of World War II can be seen everywhere in Europe. 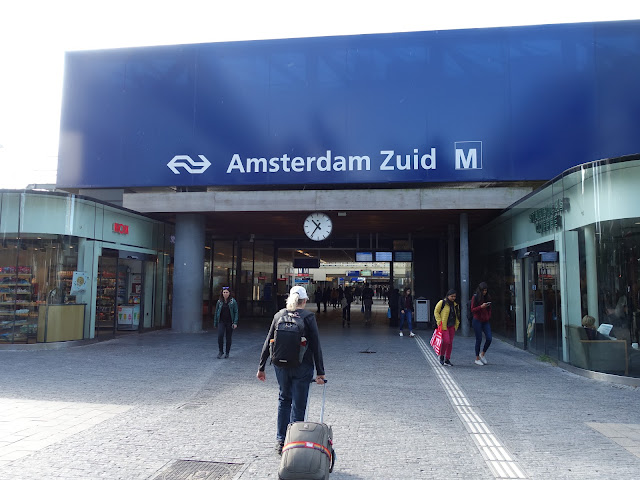 Once we got to the station we had trouble with the automatic ticket machine, then we looked around and saw that everyone else was having the same trouble, the machines weren't working. Just then Linda spied the manned ticket booth and after a short wait we were heading to the platform. The reason for needing the tickets before boarding was because you cannot enter the platform area without one. 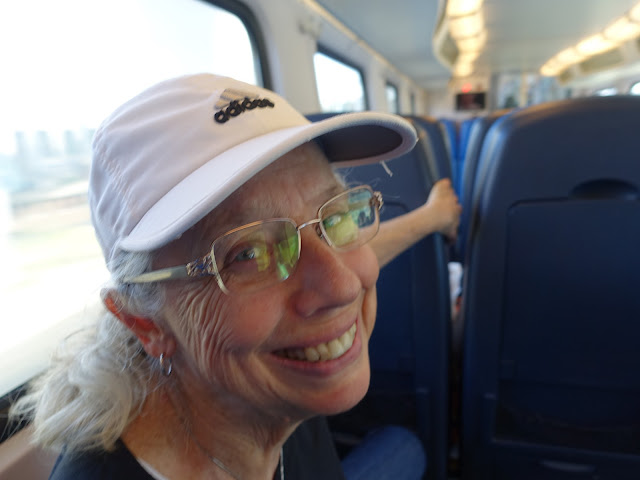 Linda was talking to herself about having to either go downstairs or upstairs once we got on the train because the cars are all double-deckers. As you can tell from the look on her face it wasn't nearly as bad as she anticipated. 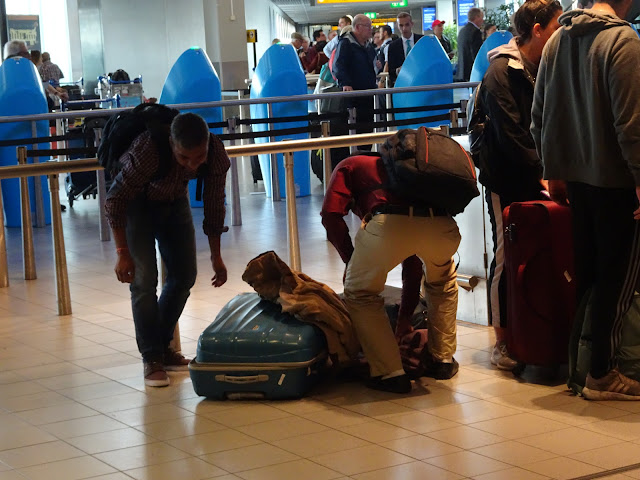 This photo doesn't do justice to what took place. The large blue suitcase was badly overweight and had to be lightened to be accepted. It was one of the type that had a combination lock on it and the fellow must've worked for five minutes trying to get it open. Then out came pile after pile of clothes that were then jammed into a small duffel bag. At one point I thought they were actually going to stand on it to jump up and down to get the clothes crammed in it. In the end all was good and both pieces of luggage met the weight requirement. 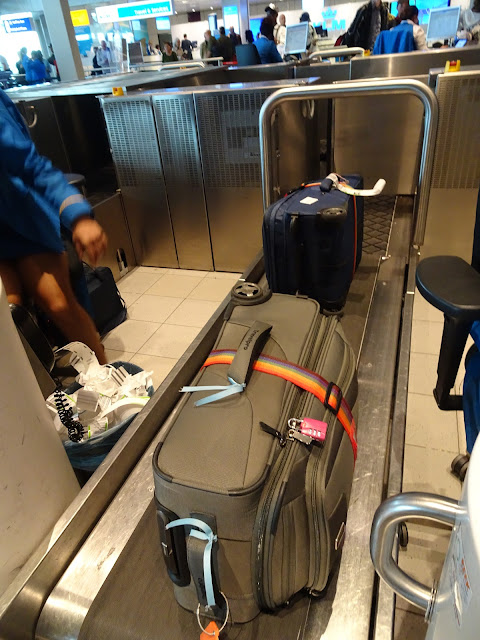 When it was our turn we had to chuckle because both our bags together were under the weight requirement for one. 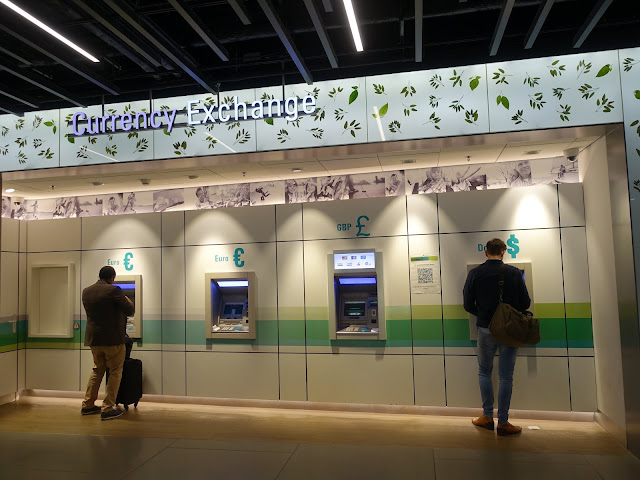 The Netherlands is pretty much a cashless country and their intent is to actually become one at some time in the future. We were there for a week and spent less than €20 in cash, all of which was for souvenir magnets at different places. This is the first time I've ever seen a currency exchange that was all automated and walking through the terminal we never did see a manned currency exchange though I'm sure there had to be some. 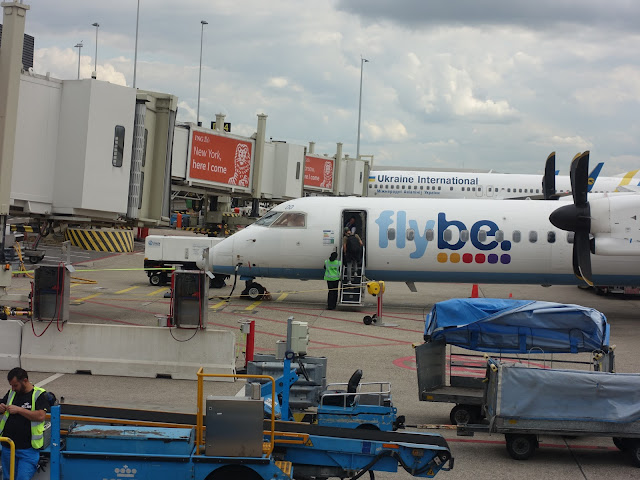 The US is one big country and Europe is many smaller countries. 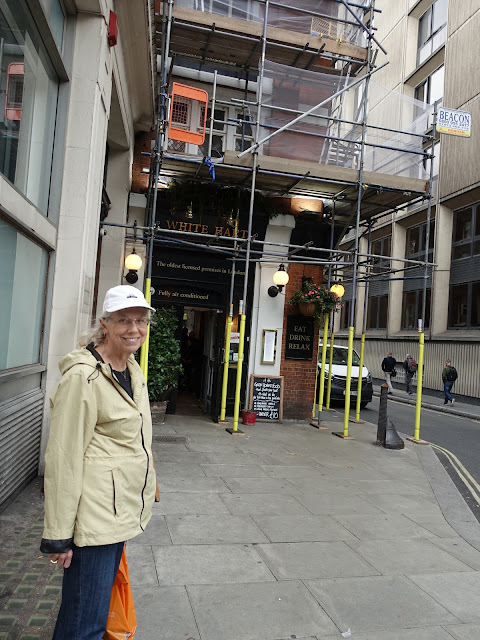 Why the big smile on Linda's face? It's the entrance to the White Hart, our favorite place to enjoy food and adult beverages when in London. Plus it's a half minute walk from our hotel. 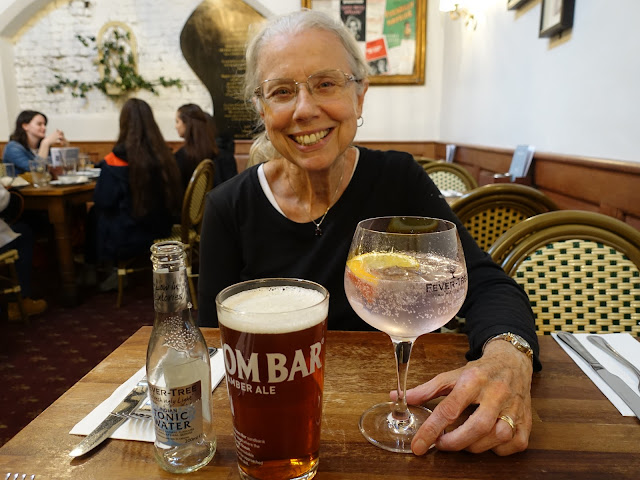 A pink gin and tonic for Linda, notice how she also displays the Fever Tree tonic water bottle, and for me it was my favorite, a Dombar Ale. Life is indeed good and we look forward to having a great time this week in London.