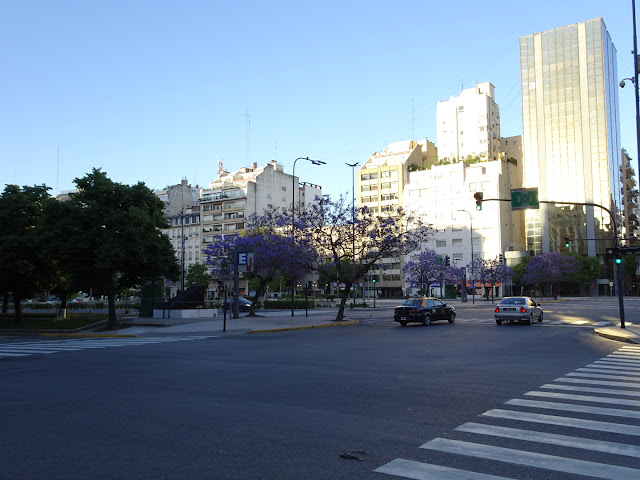 An early Saturday morning in Buenos Aires. At 6:30 the streets are pretty much quiet. It is interesting to note that when we were in Australia at this same time last year, the jacaranda trees were also in bloom. For two years in a row we have had two springs in a year and no fall. And if our plans for next year hold it will be the same then. 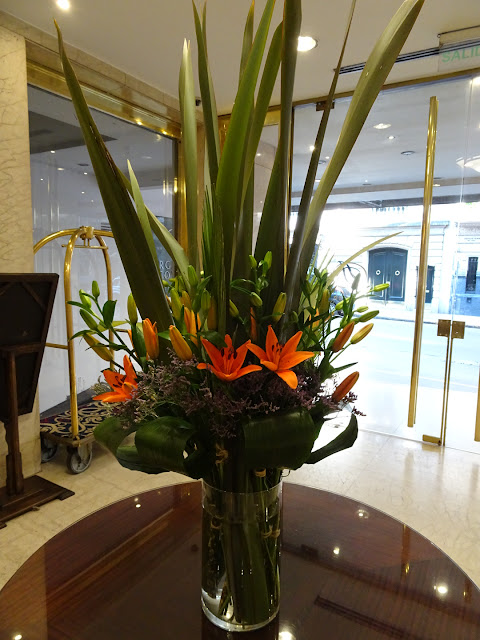 Linda's mother had a favorite flower, the tiger lily. Linda was happy to see them in the huge vase of fresh flowers in the hotel lobby. Wherever we travel we are reminded of home. Linda has been studying up on all the colorful flowers and birds she hopes to see during are brief stay in the rain forest. Let's hope I can take photos of at least some of them. 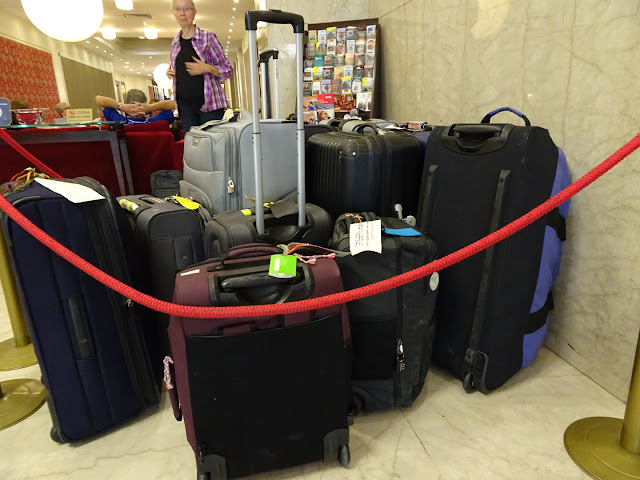 Better photo of the group's luggage today. Ours are the small gray and maroon bags in the foreground. The other two small bags are actually carryon bags for a couple. Their regular bags are are among the big ones. The common reason for the large bags was that people had to pack for such varied weather on the trip. They had most everything they needed. We did too, and what we didn't we bought during the trip. In the end, everyone packs as they think best. 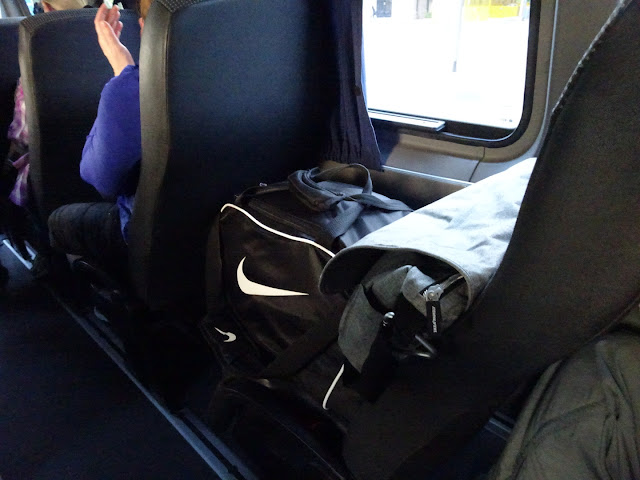 Yes, I know, more luggage. This time it is one person's carryon bags. We were told to limit our carryon to one small bag of a given size and weight. What's that saying about every box of tacks has at least one that is not nearly as sharp as the others. 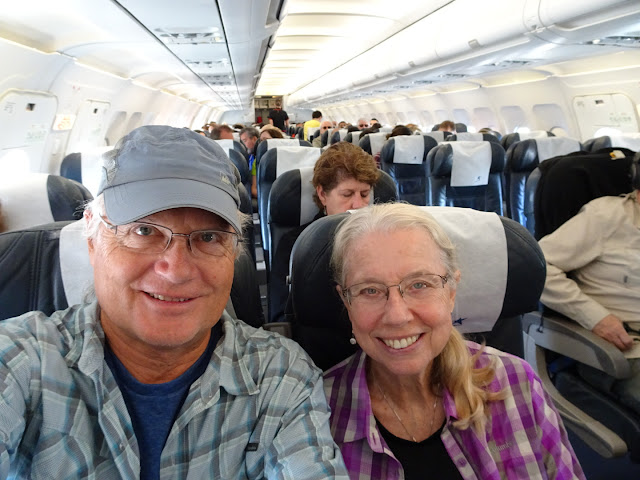 Selfie for the day. Another flight with every seat occupied. This one was very short, only 2 hours long. As we were waiting at the gate we noted how other people were dressed. We will be copying them when we return to South America next spring. Not that our clothing choices are inappropriate, it's just that they could be improved upon. Guess you'll just have to wait till then to learn what they are. Secretive Bob. 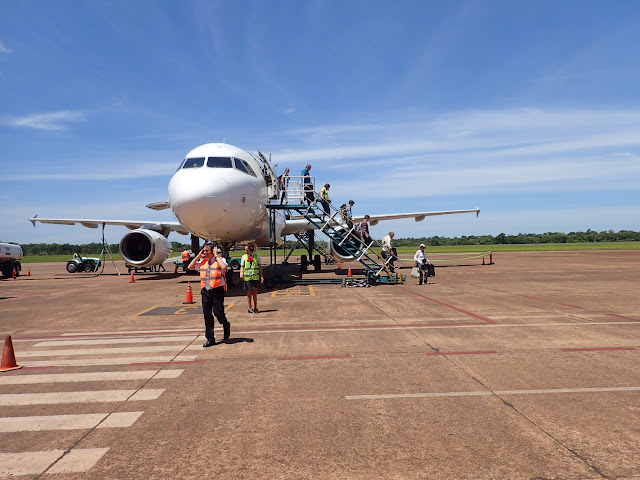 On the ground in the far northeast of Argentina. I was walking towards the terminal, talking to Linda, when I realized there was no Linda beside me. Here is why, another photo of the plane we were on for our grandson Zachary who is very much into aeronautics and hopes to become a pilot someday. 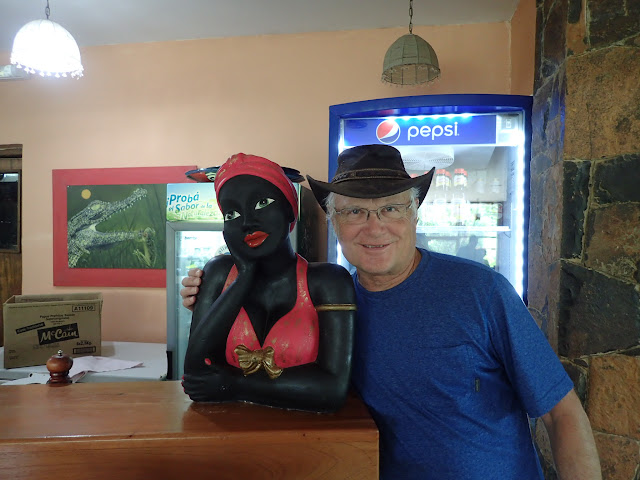 You never know who you're going to run into on your travels. Don't ask me who she was as she never said a word, but she was more than willing to pose with mevfor this photo. 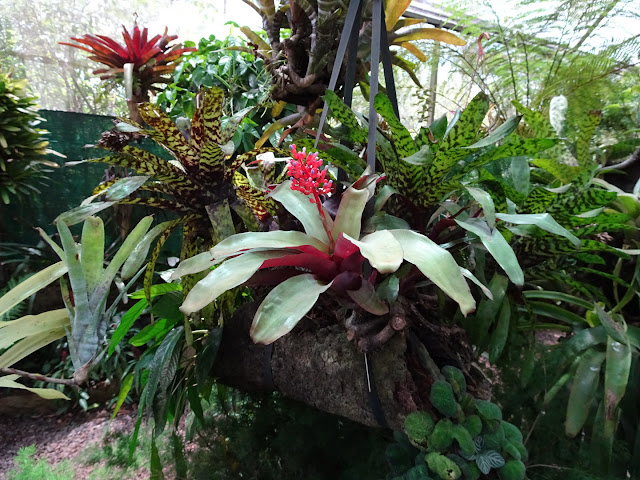 I bet the next four days are going to be filled with plants and insects and birds that we don't know what they are. This is the first of many. 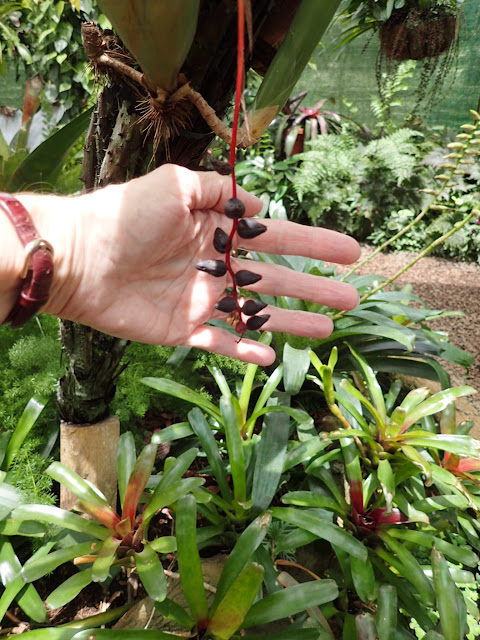 The second one is Linda's contribution. 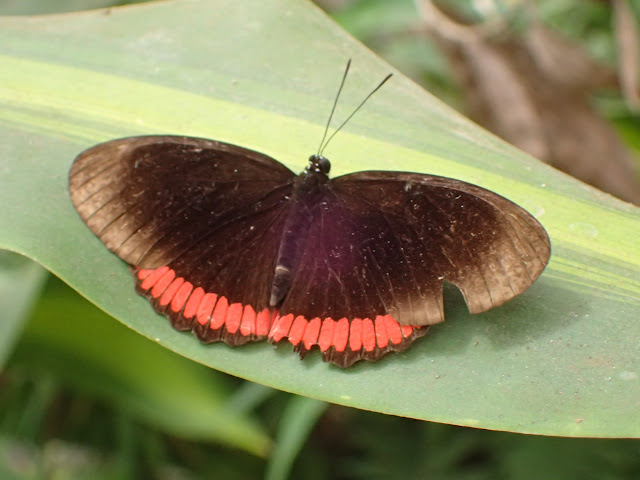 Get ready for a slew of images of butterflies. 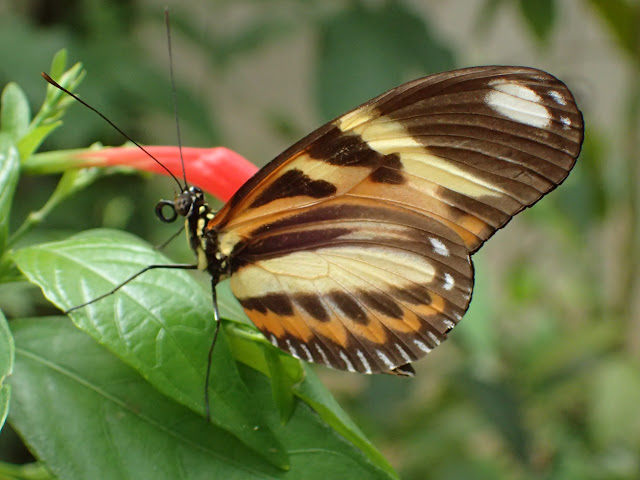 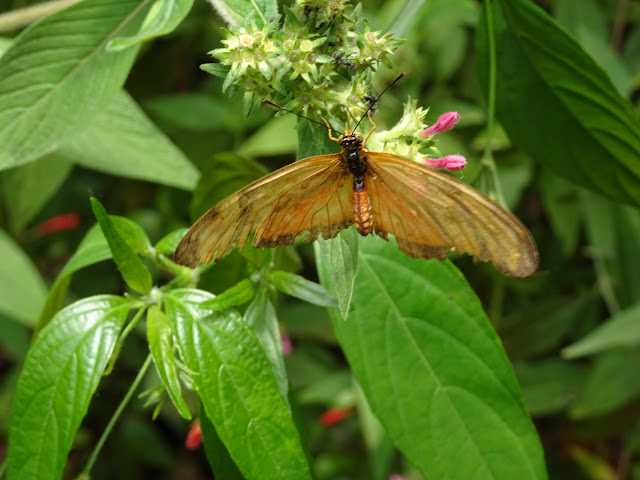 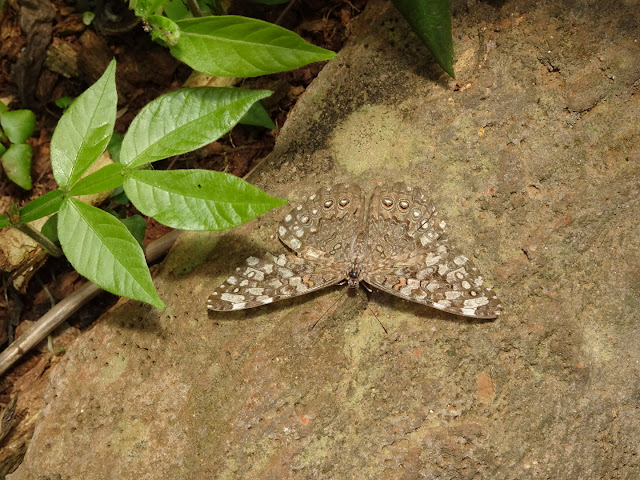 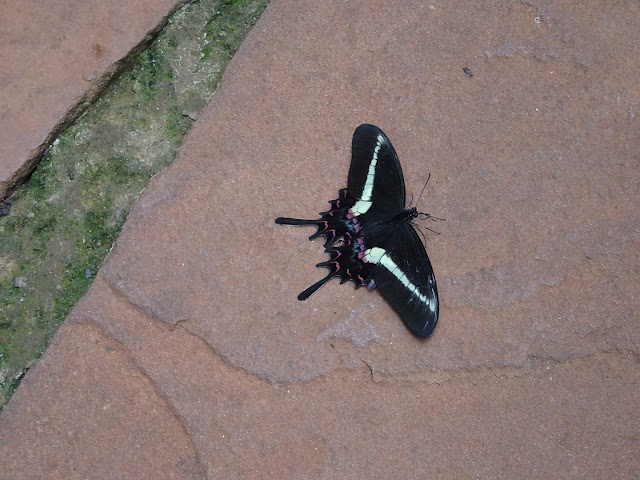 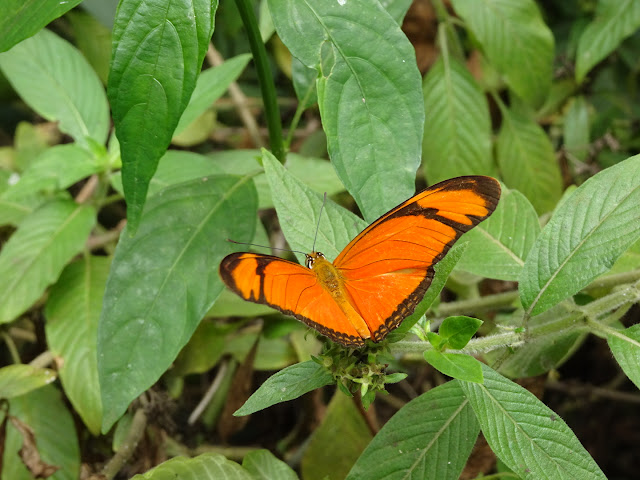 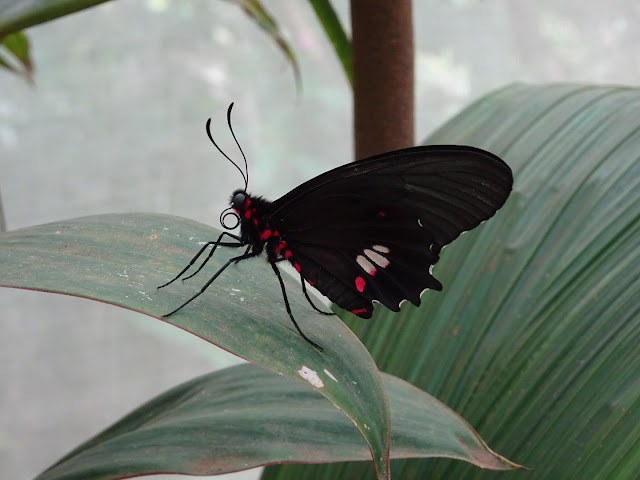 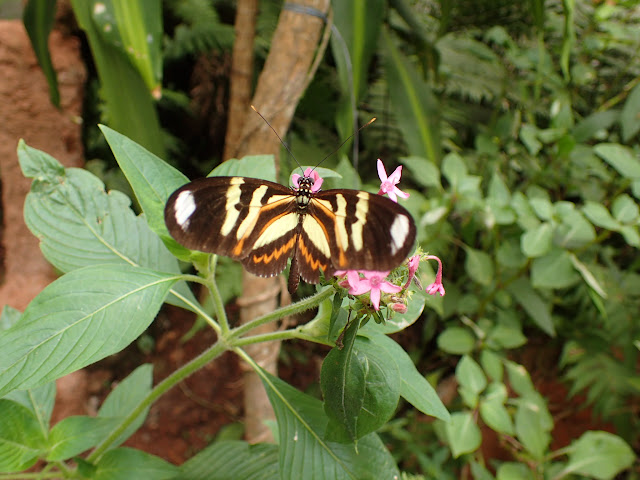 That's all the butterfly photos. After a while they all start looking the same and you don't know if you've already taken a photo of a similar one or not. Hopefully I didn't duplicate any. I did learn that butterflies do not like to hold still, they like to move around. I probably deleted at least 5 for each one I kept and not all of the ones I kept are that good. 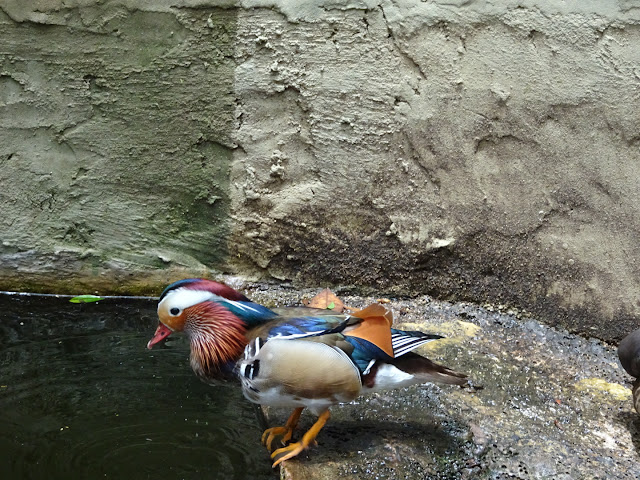 The butterflies and this duck were in a park we visited. 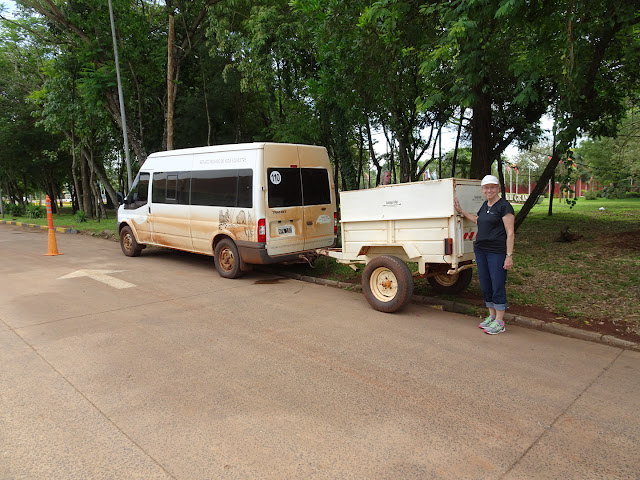 Our transportation to the lodge we will be staying at deep in the rain forest. 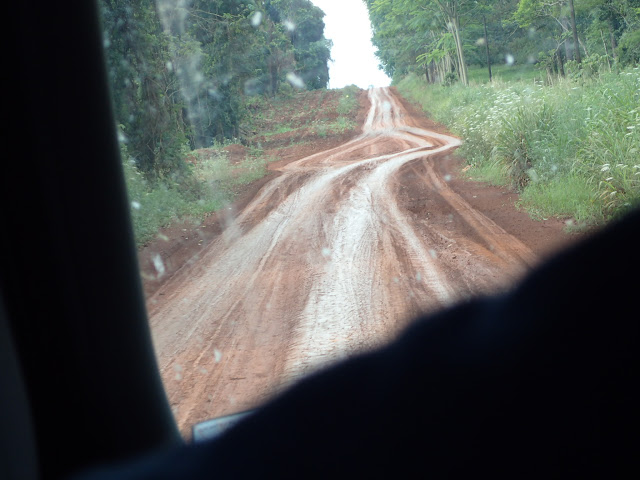 We were told we were lucky it wasn't a rainy day, otherwise we would have had to occasionally get out of the van so it could traverse some bad sections of the road. The trip from the airport to our lodge took 3 1/2 hours. 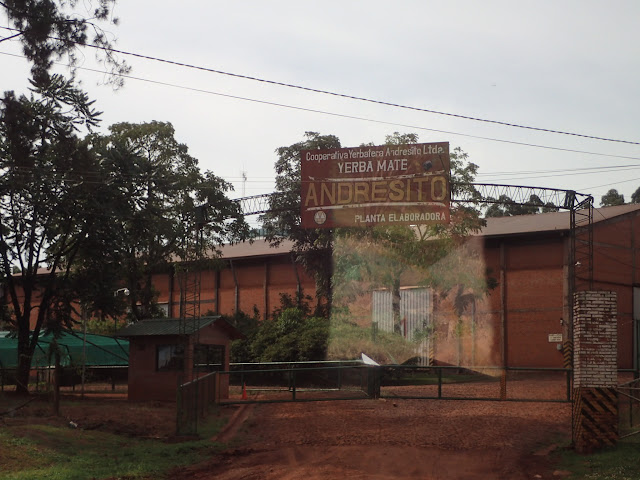 Everywhere we have been people drink mate. All that mate has to come from somewhere. This area is one of the places it is grown and processed. This is a very large mate processing plant. Because of the remote location and cost, the heat for drying the mate is from burning wood. 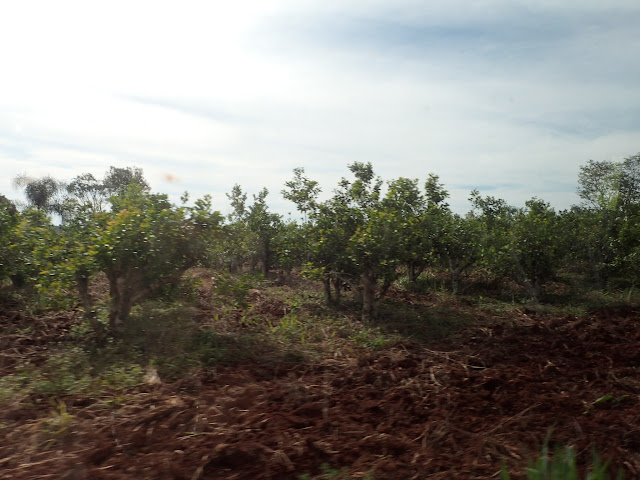 Mate trees. The are pruned to a shrub like size, much like tea, making it easier to harvest the leaves. They are not planted in perfect rows and neither is the land leveled. Sometimes just the undergrowth is removed beneath the natural growing forest trees and then the mate is planted. It doesn't seem to matter whether it is in the sun or shade. 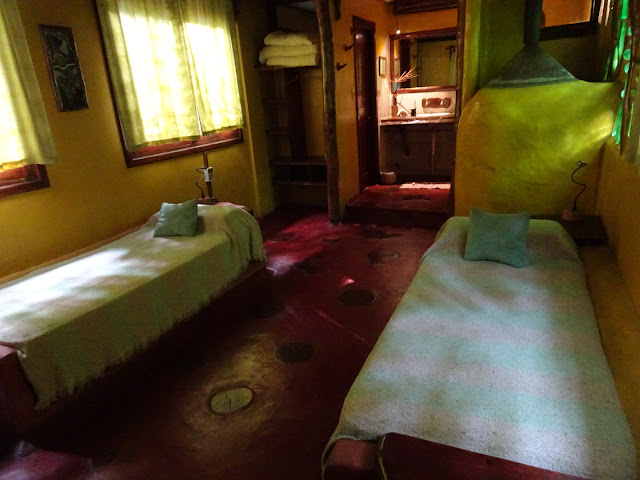 Our room at the lodge. The cabanas are free standing and separated from each other in groups of four. The porch on ours faces the forest. 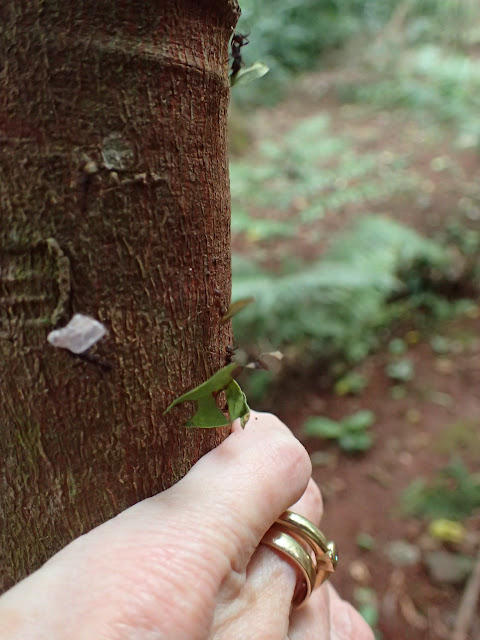 There is a tree leaning against our roof, with a constant procession of leaf cutter ants going up and down the trunk. 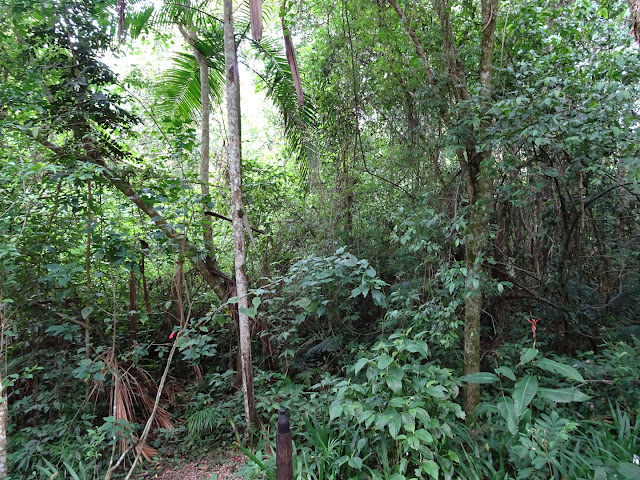 The view from our porch. 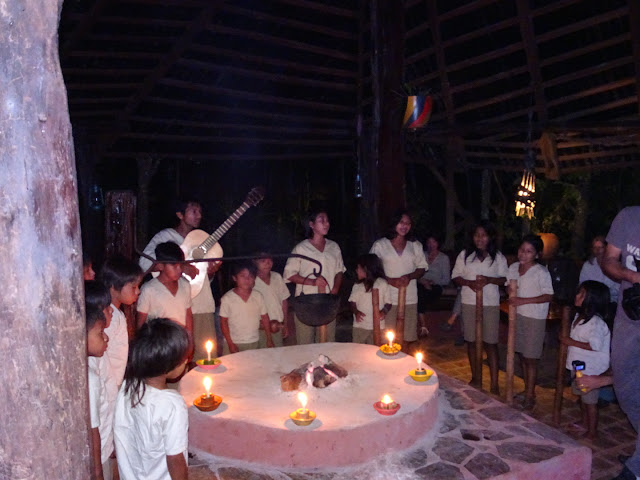 Something special this evening, children from a nearby village singing for us. 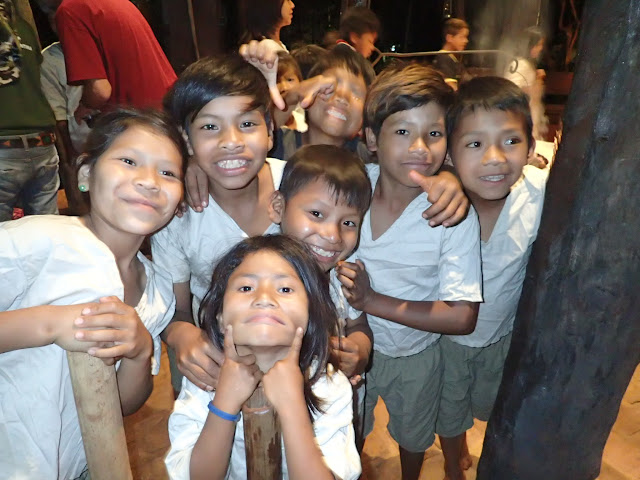 Kids are kids the world around. 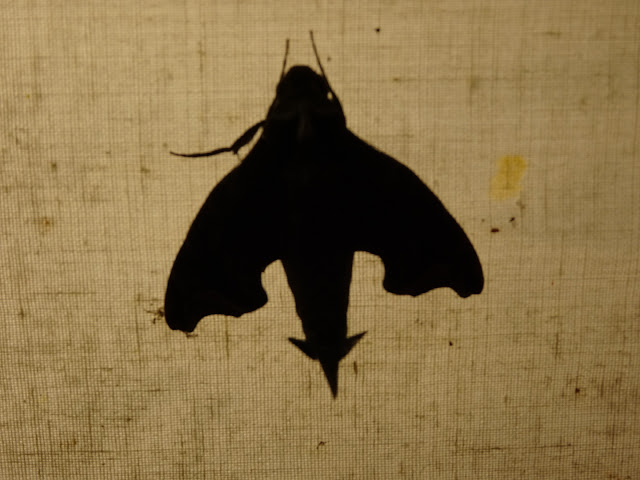 It was after dark so I figure it is some type of moth. 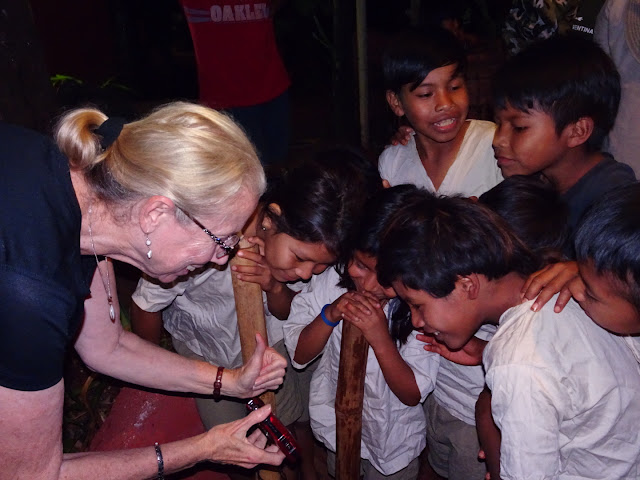 The perfect way to end the day. And why we travel.
Posted by Bob and Linda at 12:22 PM