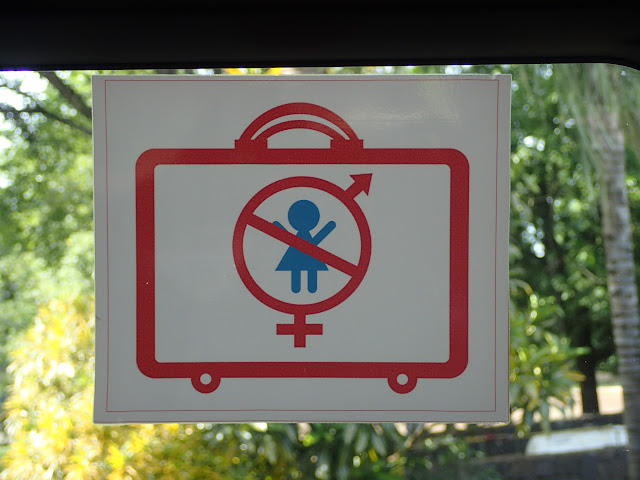 Interesting sign on the window of our bus this morning. We never have the same bus day after day. No one in the group knew what it meant. "No Human Trafficking". Wonder if it is on any of the buses in the US? 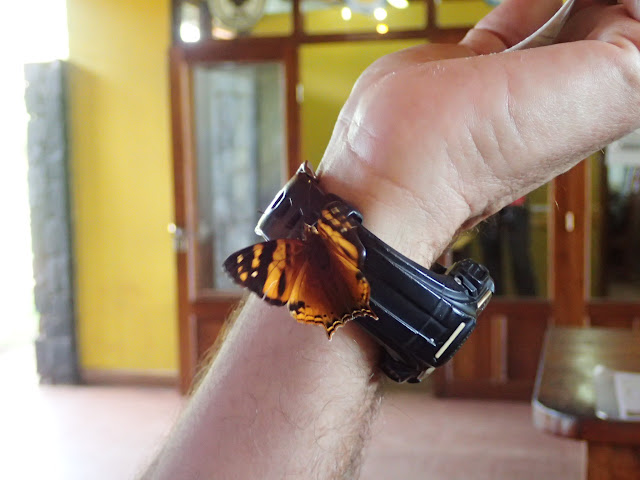 While waiting in line to board the train that would take us deep into the park, this butterfly landed on my watch. It stayed there for the longest time while it's proboscis continually moved around on the stainless steel part of the watch band. There wasn't any water there so it must have found a butterfly gold mine of salt. 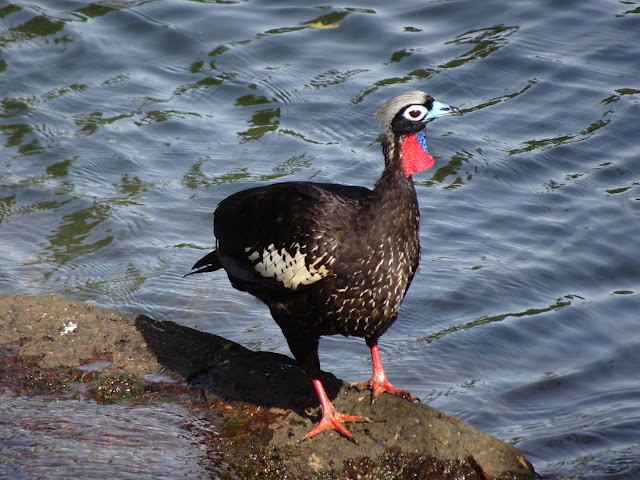 This a yacutinga. The lodge we stayed in the last two nights was named after this bird. They are quite rare, Annie saying this was the first one she had ever seen in the wild. Guess it was our lucky day. Casino Bound Bob, not. 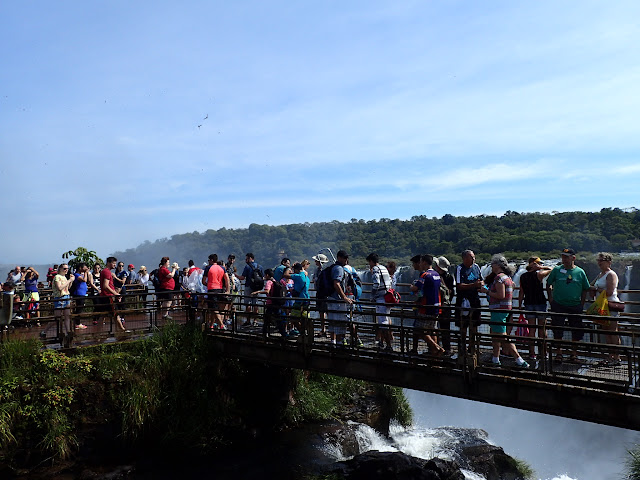 If this is a relatively uncrowded time of the year I feel sorry for the people who visit the park during the high season. We were always able to eventually get to the perfect spot to take a photo, even if I don't always post them. 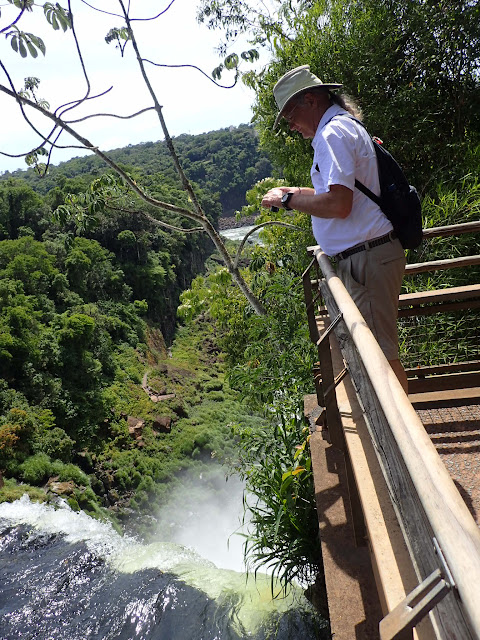 And there were times when the perfect spot, at least in my mind, was devoid of people. 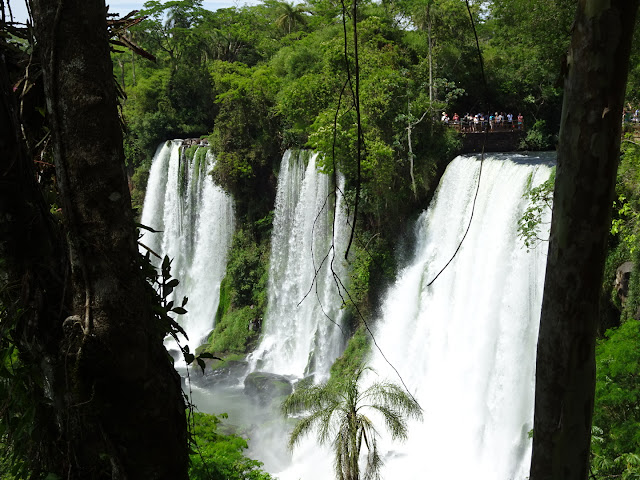 As ive said before, the falls are just that, falls, many, many falls as that extremely wide river plunges into a gorge around a horseshoe shaped rim. I guess the best description is many separate falls of various heights and water volume in the shape of a fish hook. 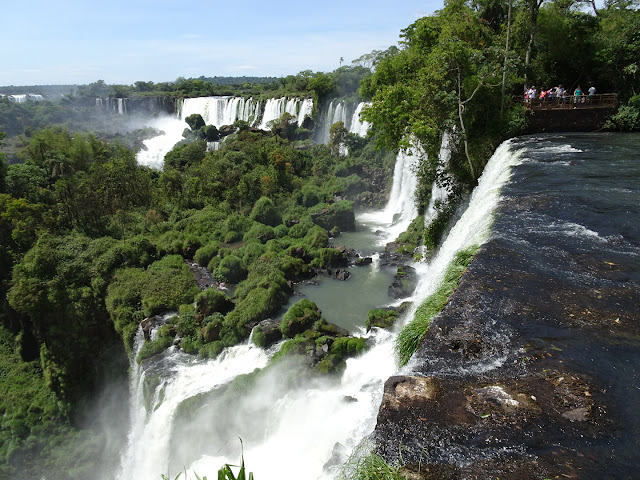 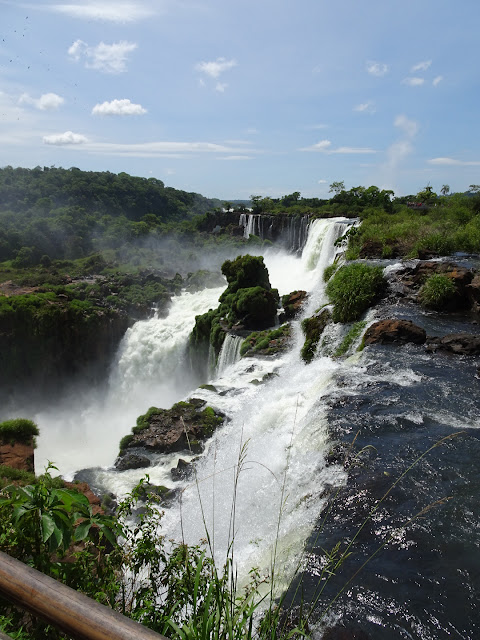 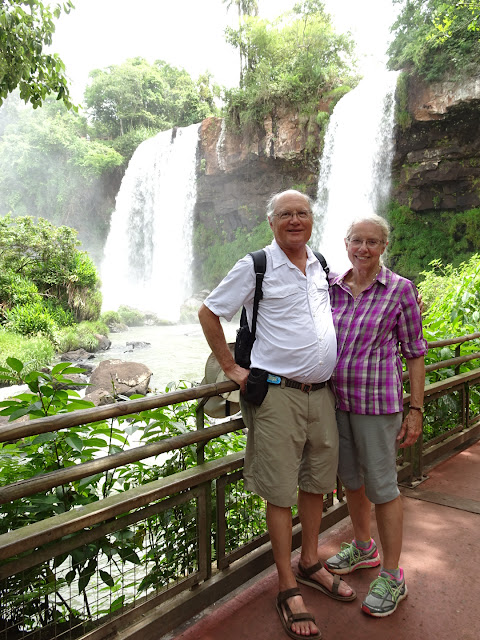 An even more falls. 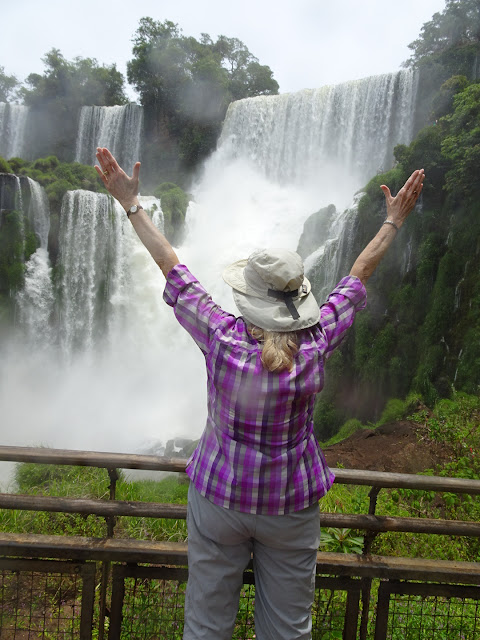 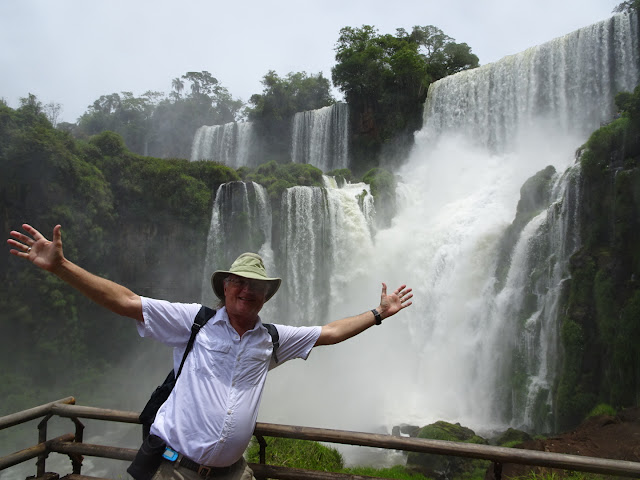 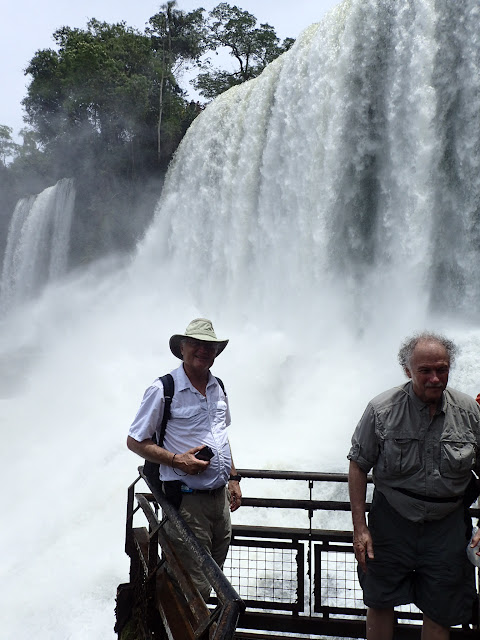 It was far wetter than it looks. 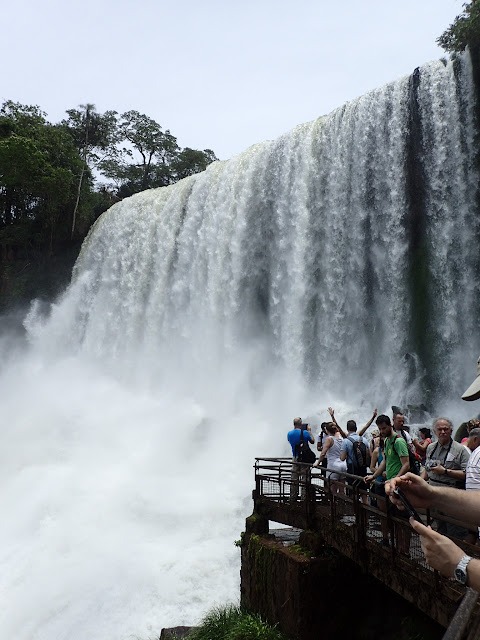 You can get pretty close to some of the falls on the catwalks. 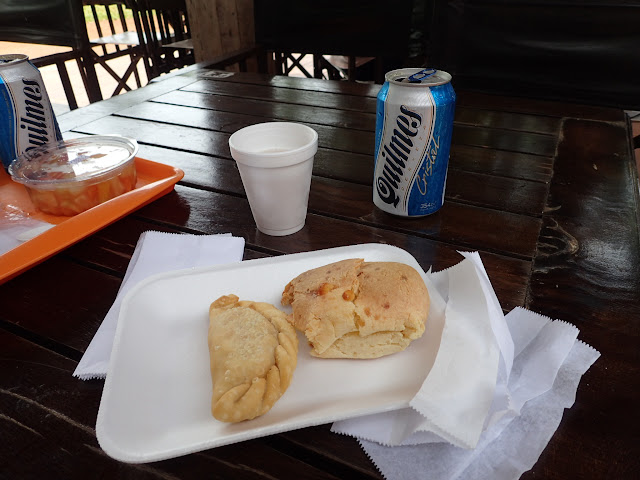 Lunch time. Our last empenadas. At least till we get back to Retama. 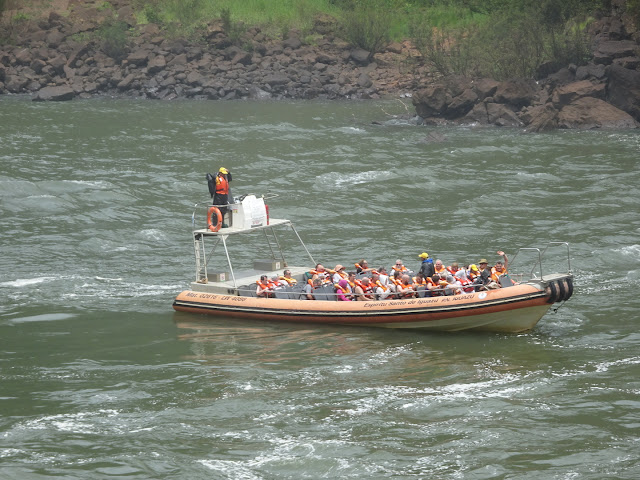 The means of transportation for our afternoon fun. 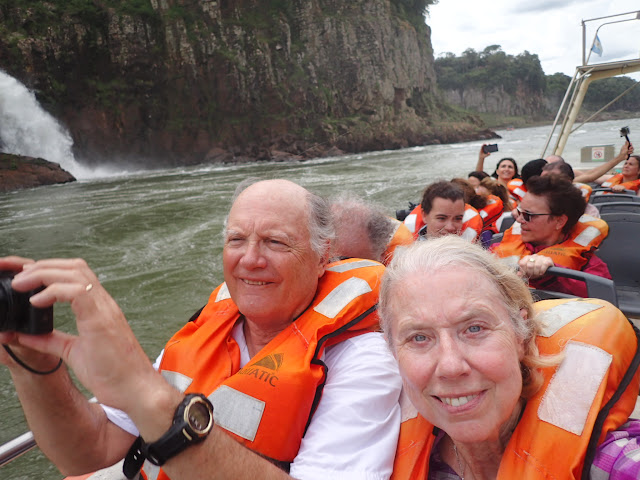 On board and ready to go. 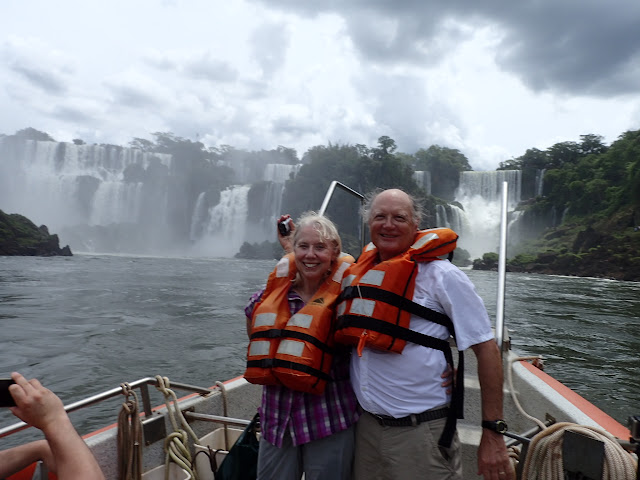 Where we are going is in the background. 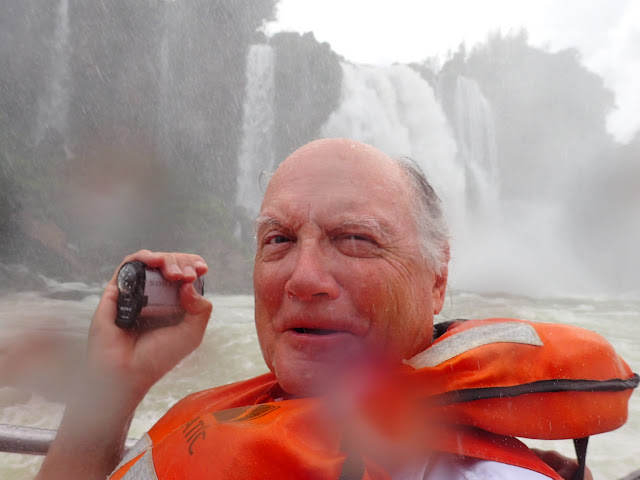 With video camera in hand I was ready. 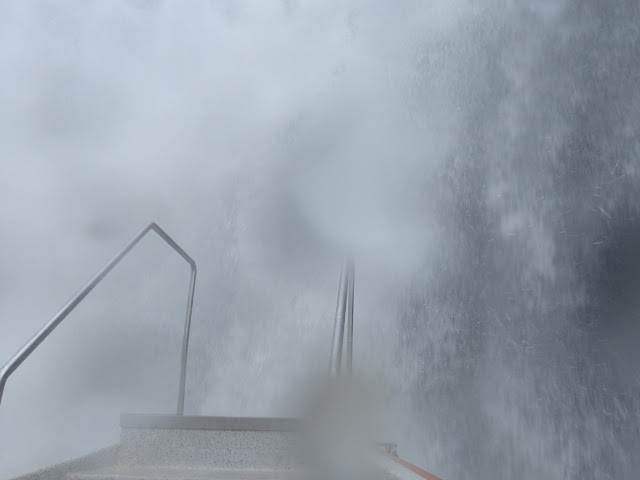 And in we go. Not just once but several times. With seats right at the front of the boat we were the first ones in. Awesome is the best word to use. Linda held her nose the first time. The second time she just screamed. Who says only teens can have fun. 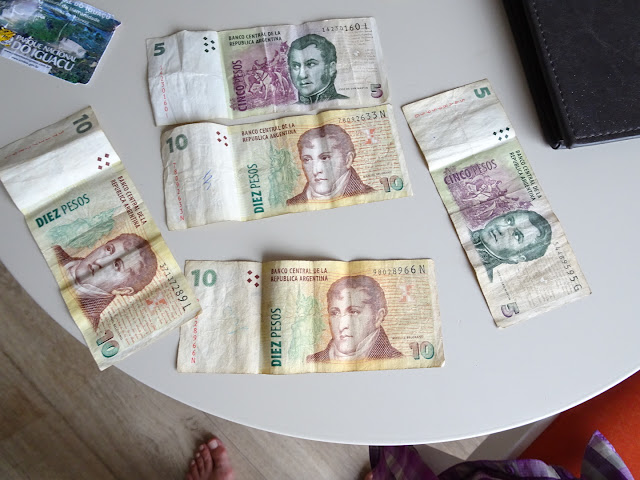 After it was over Linda said she now understood what drenched to the bone meant. Everything not in the waterproof bag was soaked, including the pesos she had in her pocket. 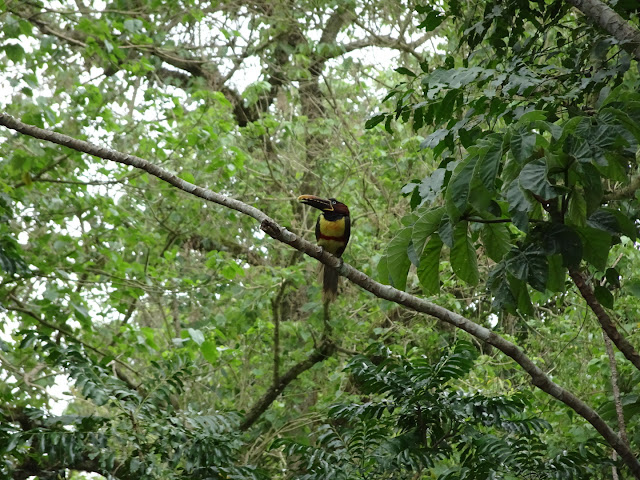 I've been remiss in not posting a toucan photo. No more. 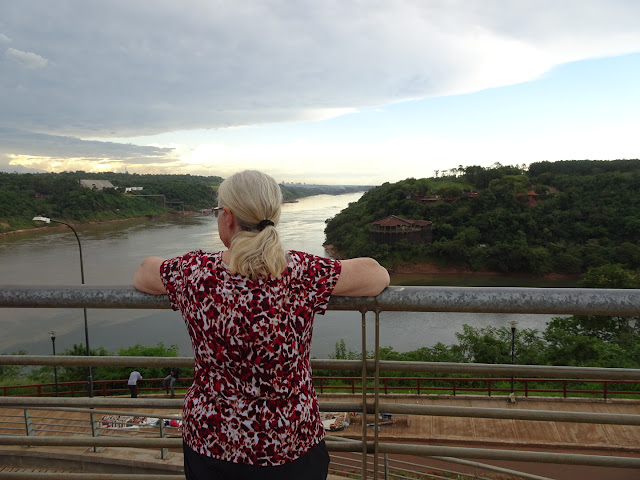 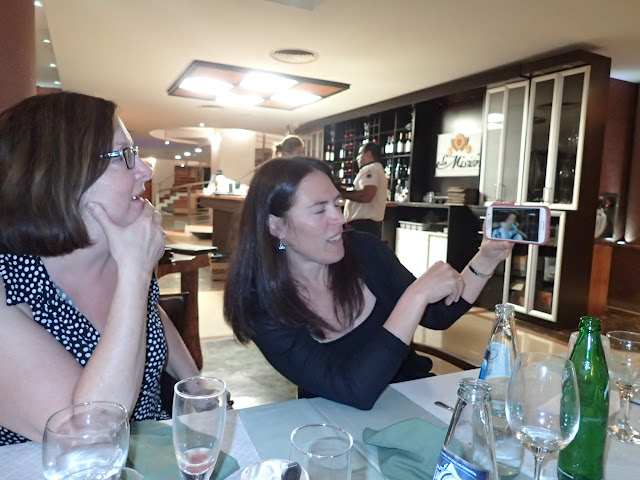 A great end to the day. Especially for Annie as Argentina was handily winning it's World Cup qualifying match. It may not be a jumbo screen, but it didn't matter. Americans have no concept of the intensity with which countries support their national soccer teams. Tomorrow we return to Buenos Aires, thence to take our overnight flight back to the US. Stating it simply, this is the best tour we have ever been on, far exceeding our expectations. Patagonia was beyond anything we had imagined. Never will we think of wind in the same way. But best all was Annie, who somehow worked her magic over and over. I'll probably post a couple of wrap-up posts over the next few days, maybe, and then maybe not. Indecisive Bob.
Posted by Bob and Linda at 4:57 PM