A Fun Filled Day in Fiji 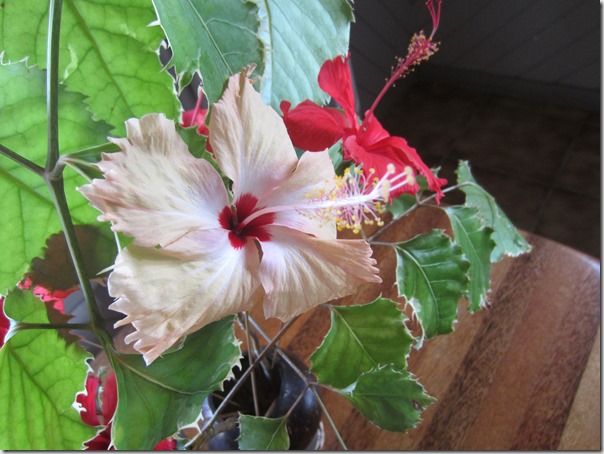 Not everyday need be packed full of activities. Some days it is okay to simply sit back and smell the roses, or whatever the name of this flower is that grows scattered around Navini. I thought that was a nice way of using another of Linda’s flower photos if I do say so. Budding Bob. 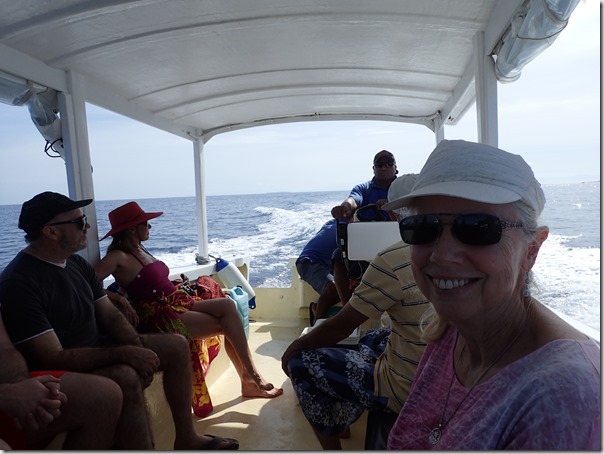 Another day, another outing. 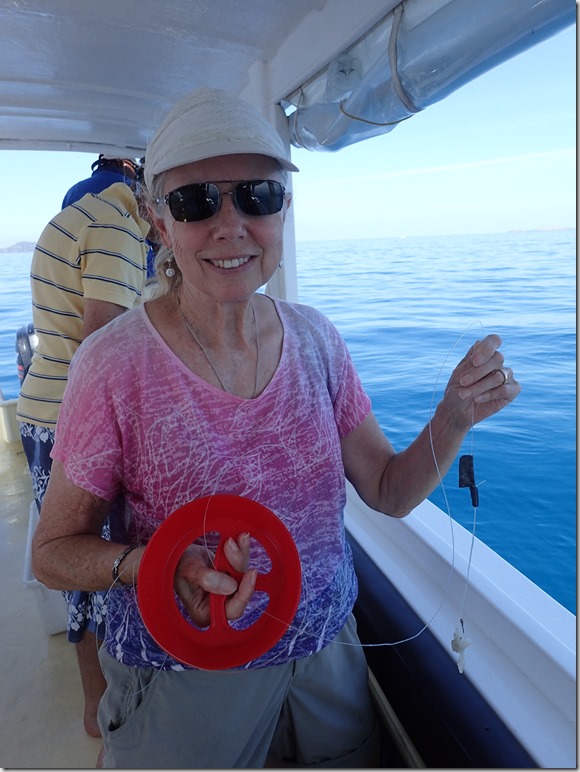 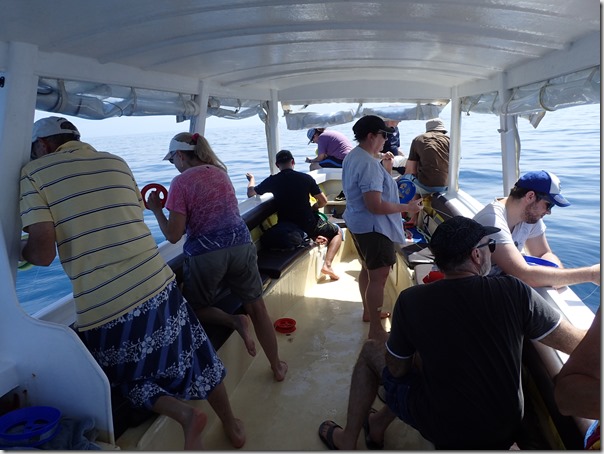 The number of people fishing went up significantly today. I wonder if the fact I showed a lot of people the photos and bragged about the fish Linda caught the other day had anything to do with it? 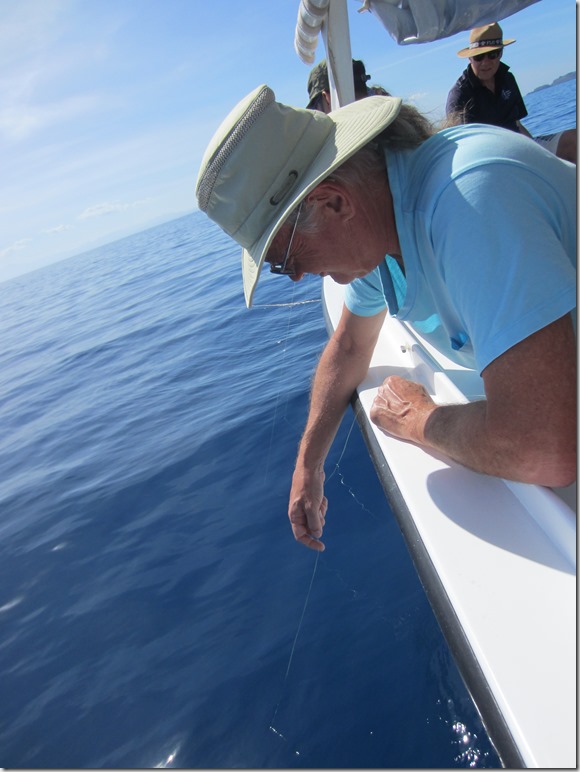 Today my job was to feed the fish, making them hungrier yet so they attacked everyone else’s hook. Okay, so I admit it, I was the only one of the eleven of us not to catch a fish. Skunked Bob. 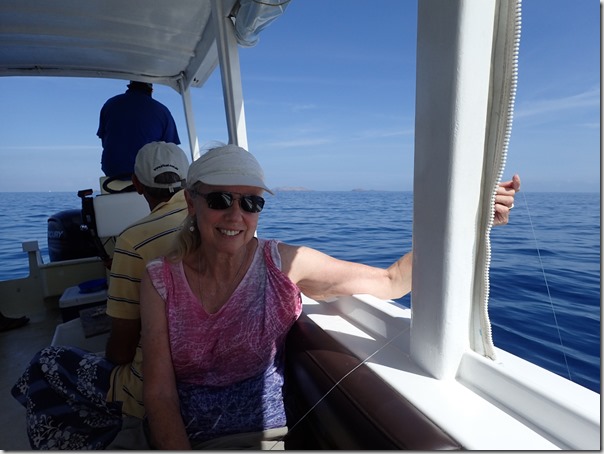 I couldn’t even catch a fish and meanwhile, Linda not only caught fish, she worked on her suntan at the same time. Not fair. Not fair. 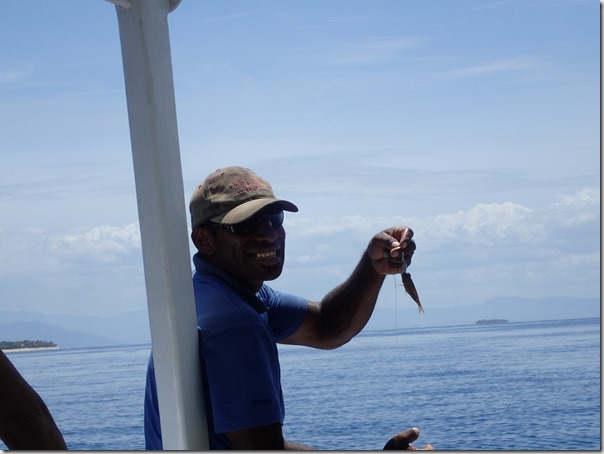 First rule of being a guide: never catch a fish bigger than the guest. That’s not his bait, that’s the fish he caught. 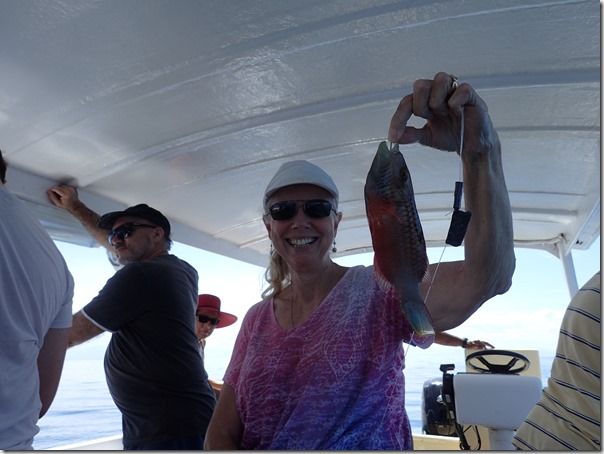 Linda’s parrot fish. When I asked how she caught it she said she didn’t even know she had hooked it, but she brought her line up and it was on it. Some people have all the luck. Dejected Bob. 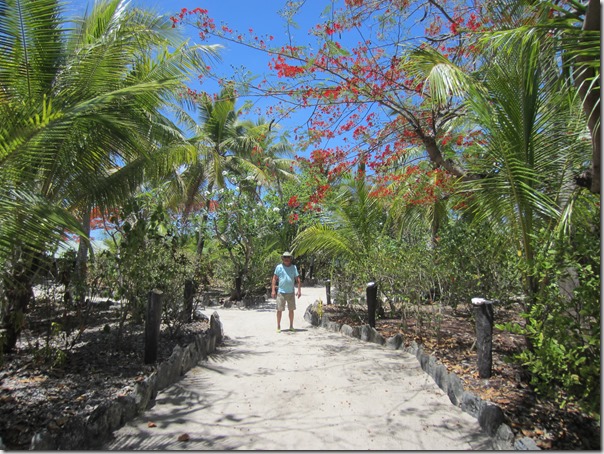 We realized there haven’t been many photos of what Navini Island looks like. This the main path we take back towards our bure. 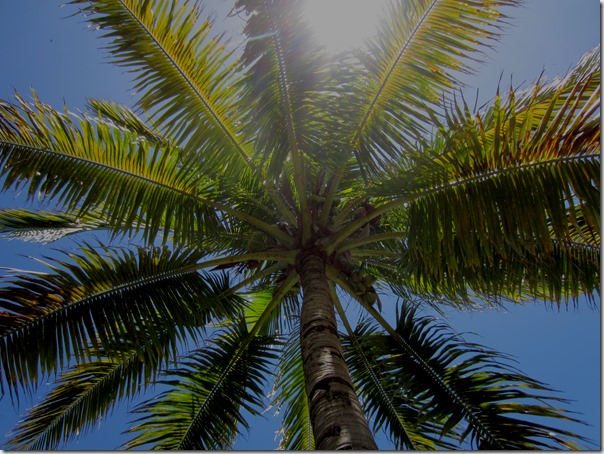 A coconut palm right beside our bure. 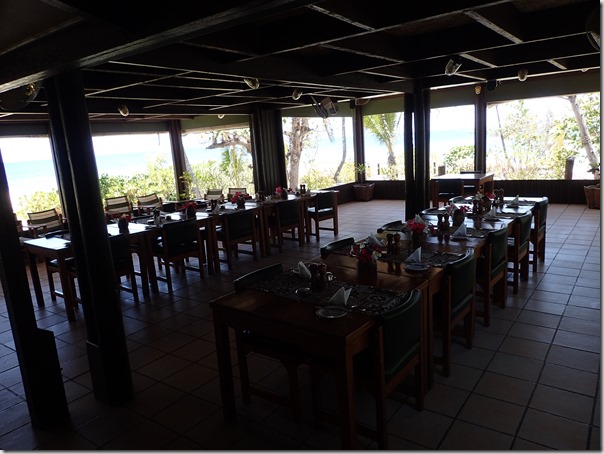 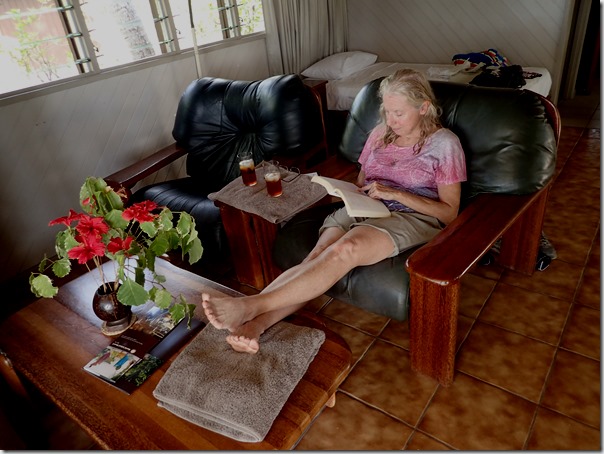 In the afternoon we spent time as usual snorkeling. Today Linda ventured out farther than ever and we were treated to a large number of colorful fish. If you notice a singular lack of underwater photos it because I didn’t take the camera. I wanted to make sure and have both hands available to help her if needed. What I didn’t expect was her to live up to her new name, water nymph, and throw in a little bit of mermaid to boot. I hope I can handle what I’ve created! 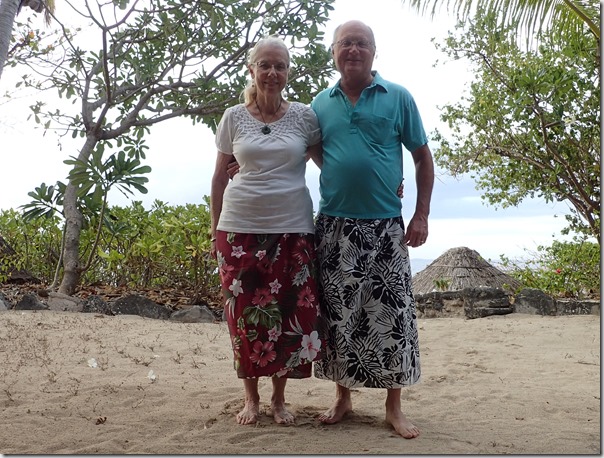 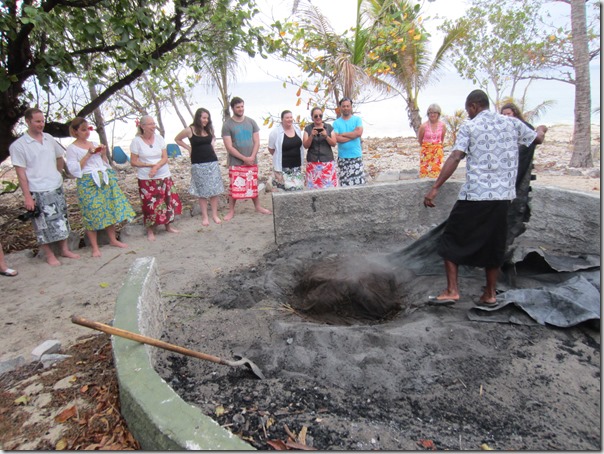 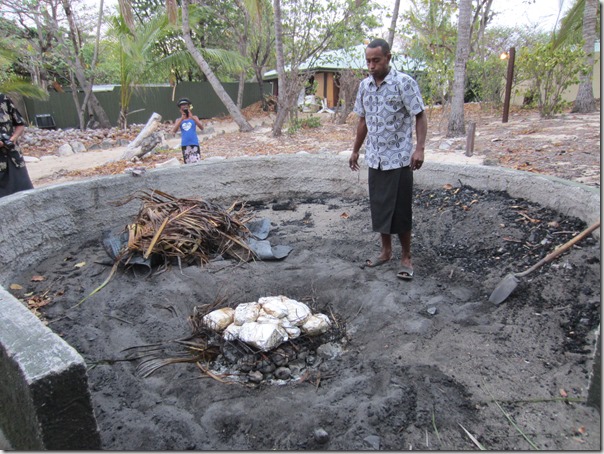 At 2:30 a fire was started and rocks piled atop it. At 4:30 the food, wrapped in foil was placed on the rocks, palm fronds went on next, then burlap and an outer cover. At 7:30 it was uncovered. 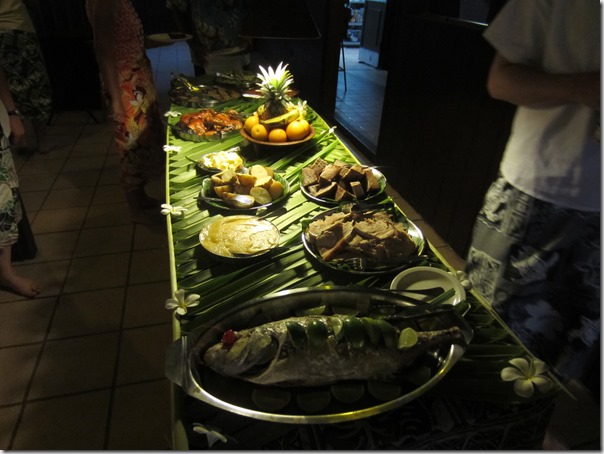 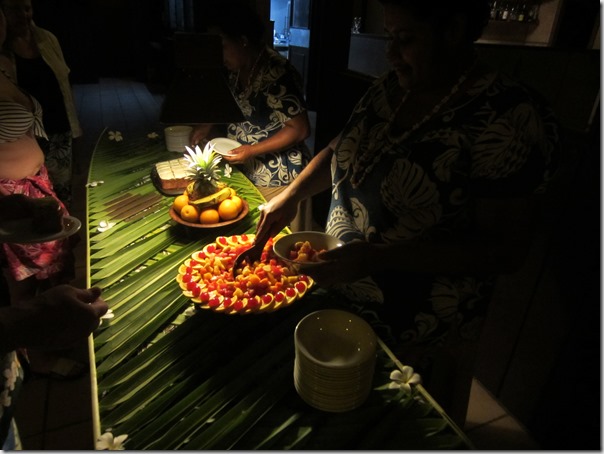 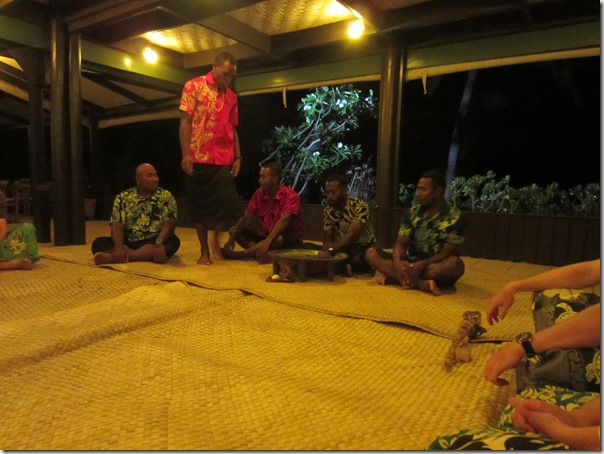 Kava time. By the end of the evening it had been kava time at least ten times. 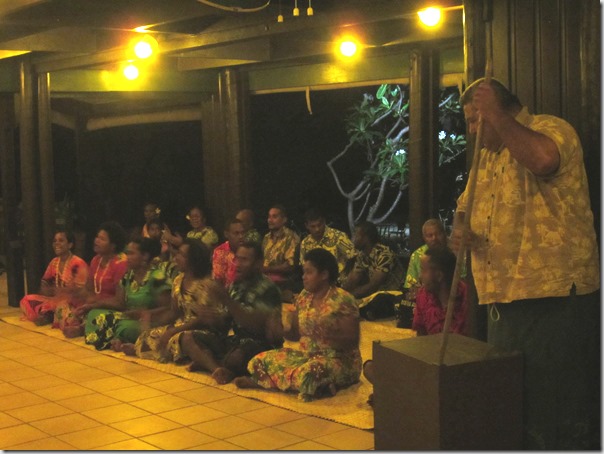 There was music and singing. 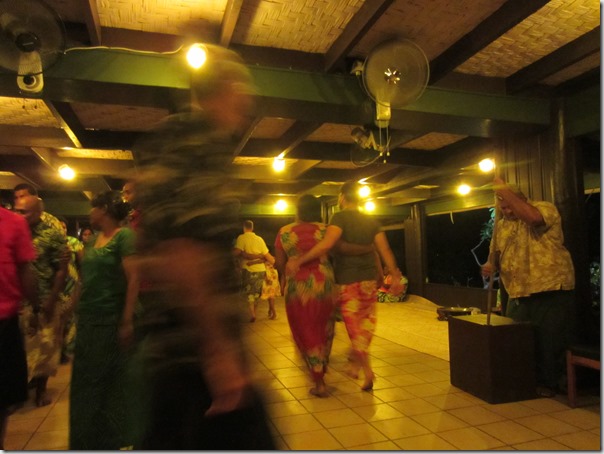 And there was dancing. Lots and lots of dancing. 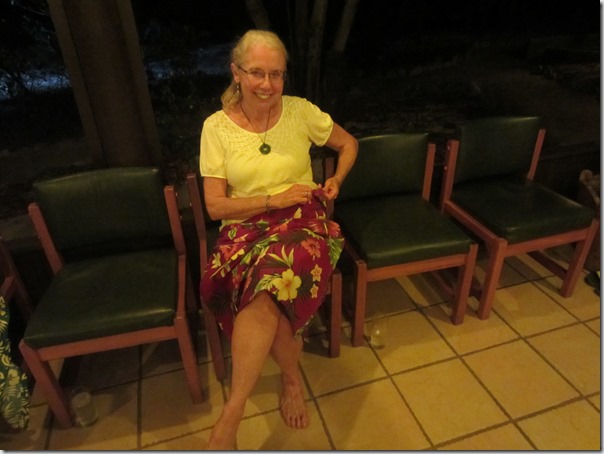 This person got so much into the dancing she pulled a Janet Jackson. It’s not nice when your Sulu starts heading for your ankles. I missed the excitement so I still don’t know what was under her sulu. 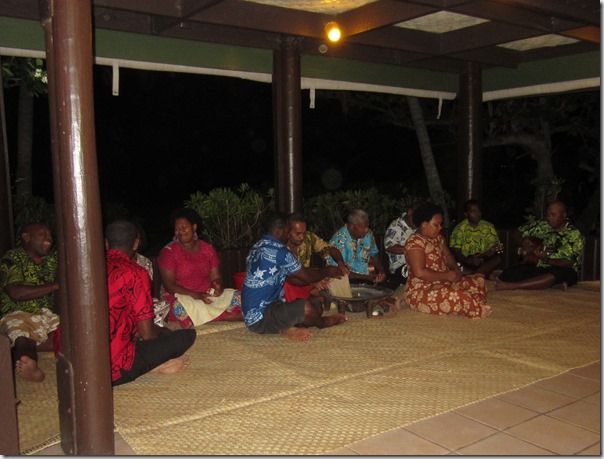 Our hosts had just as much fun, it not more than we did. 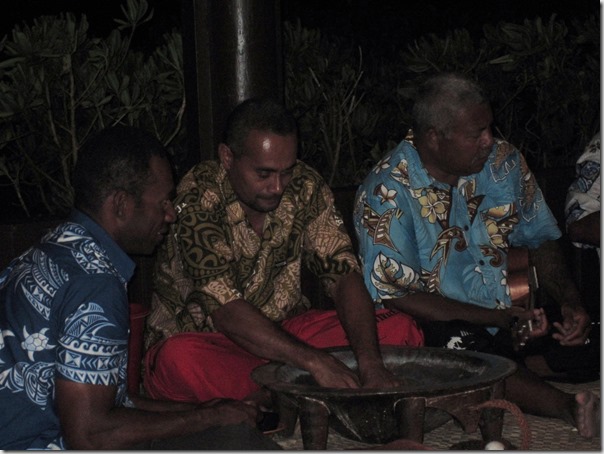 I may have left this part out, so I’ll end by mentioning there was kava, lots and lots of kava.