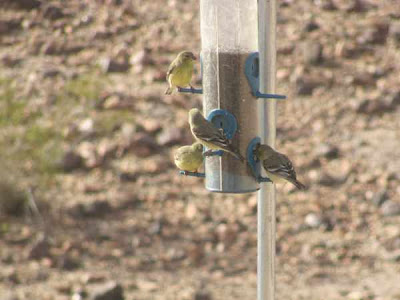 What can I say, watching the birds is one of the major activities we are engaging in, and that is just the way we want it. The temperatures are much warmer here than they were at Quartzsite, especially the night time lows, and it also seems to warm up much faster during the day. Morning also means breakfast time at the finch feeder, and while we have yet to see every feeding station occupied at the same time, there are still squabbles over who is going to eat where. I know this Life isn't for everyone, but compared to shoveling snow or driving on icy roads, Linda would chose this Life any day. 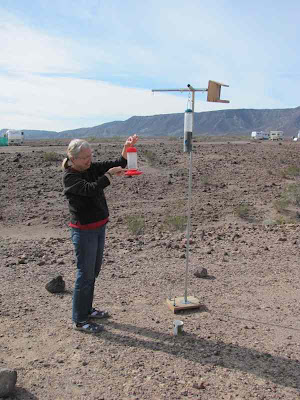 Poor Linda has had to temporarily suspend feeding the hummers from the big feeder. The wind was been blowing so hard during the day, with gusts in the 35 mph range, that the swinging of the feeder was causing the sugar solution to spill out the feeding holes. Fear not that those hummers should go hungry as she makes sure the feeder attached to the coach mirror is well filled. Plus, she likes it better that way as it is easier for her to see. 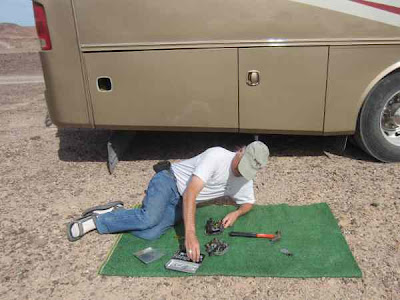 Another bay latch problem, but not the same bay and not the same problem. This time it was a case of putting the key in the lock and the actual lock mechanism coming out when we tried to remove the key. There was a press fit retaining washer that had come loose, which was easily reinstalled, then just to make sure it didn't happen again in few days, I swapped out the entire lock with one from an electrical compartment that we hardly ever access. If it happens again I will cut a groove in the stud that the washer fits over with my dremel tool and put a snap ring on it. That should hold it for life. 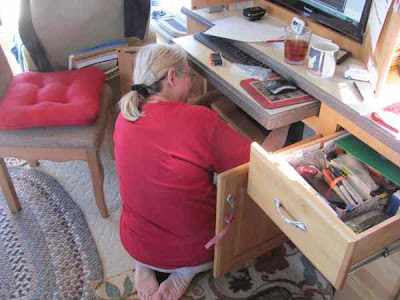 It was one of those days when nothing is easy, and here's Linda getting into Mrs. Fixit mode. The worst decision we have made in the computer area was when we bought that worthless Kodak printer and it's easy to see why Kodak had to declare bankruptcy They have had idiots running that company, idiots who will walk away with millions while the stockholders and lower employees get the royal shaft. There is no law against stupidity, but for corporations (they're people, so says the Supreme Court) and corporate officers, there is simply no downside no matter how stupid they are. And now back to our regularly scheduled Daily Journal. Please don't read anything into the fact I used a photo of Linda when writing about stupidity and idiots, as any similarity between them was completely unintentional. Good Bob for putting in that disclaimer. 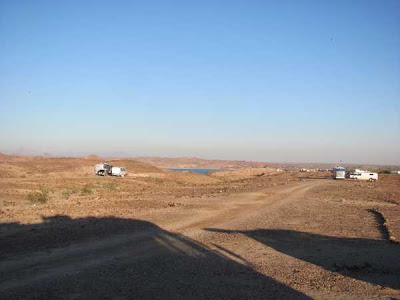 Our view out the front. Life is Good, even with locks that don't and printers that won't.