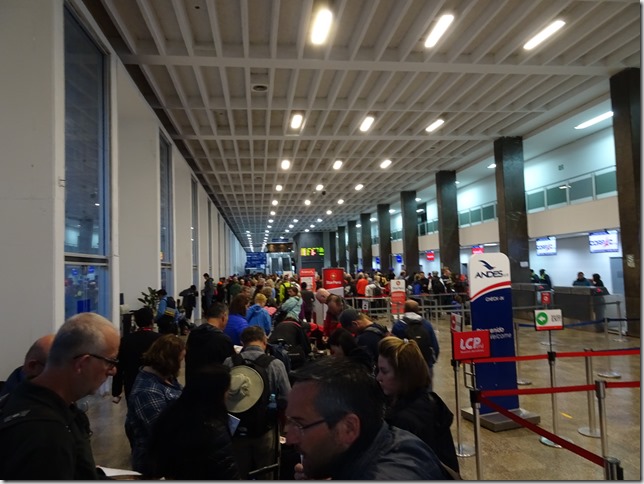 This was to be a travel day, leaving Cusco, Peru and flying to Lima, Peru. In Lima we would change planes before flying to Quito, Ecuador arriving at one o’clock, leaving the rest of the to do just that, rest. That is the short and long of it, the details are what make up the rest of the story. 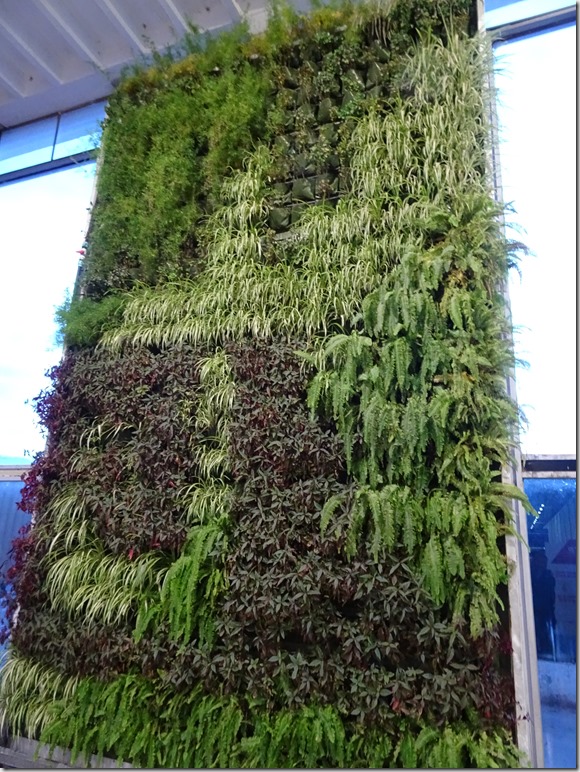 Two story high living wall at the Cusco airport. This actually may have been the high point of the day when if it can go wrong, it will, proved to be most accurate. As far as short is concerned, that was what our night was, especially as far as she who needs her sleep was concerned, because we were up at 4 AM in order to get ready and have our bags outside the hotel room door so the bellboys could collect them and load them on the bus that would take us to the airport. 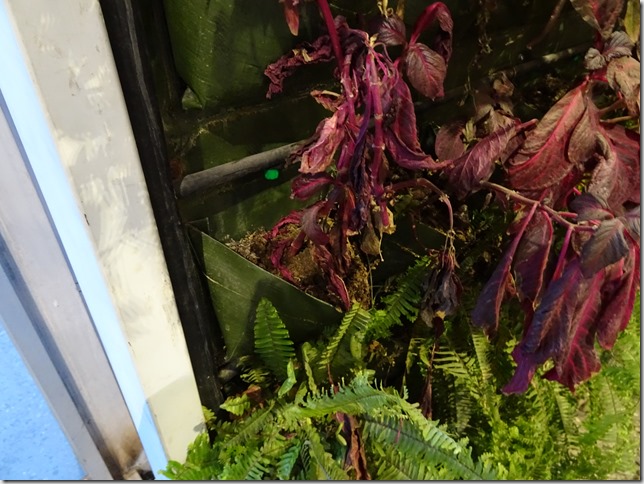 Close-up of the plant wall. I guess neither of us was as wide awake as normal since there is a real dearth of photos today. In Peru there seems to be two things about air travel. First the airport is a very long way from town, and second you have to arrive hours before the flight, because if the weather is bad at the destination, or most of the passengers are there, they will leave early, like up to an hour early. On the other hand because of weather they often leave hours later, but you have to be there early just in case they decide to leave early. And we think TSA makes flying a hassle in the US. 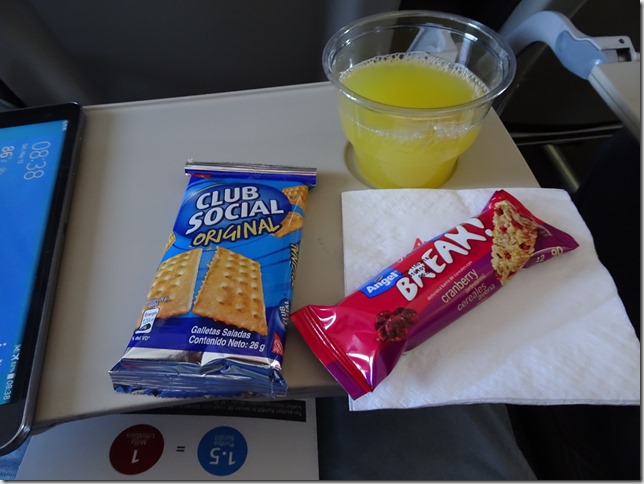 Breakfast on the flight from Cusco to Lima. Now just because we had gotten up so early did not mean the plane was leaving so early. No breakfast, long drive to the airport, very long lines and waits to get to the check-in counter, then the news about the delay. Not this flight, our connecting flight to Ecuador. It seems the weather was terrible in Bolivia and the inbound flight to Lima was going to be delayed. In South American terms that translated to at least 5 hours. It was going to be a very long day. Just because a flight from Bolivia to Lima was delayed, didn’t mean our flight wouldn’t leave early, which is what it did. It was looking like we were going to be getting very familiar with the Lima airport. 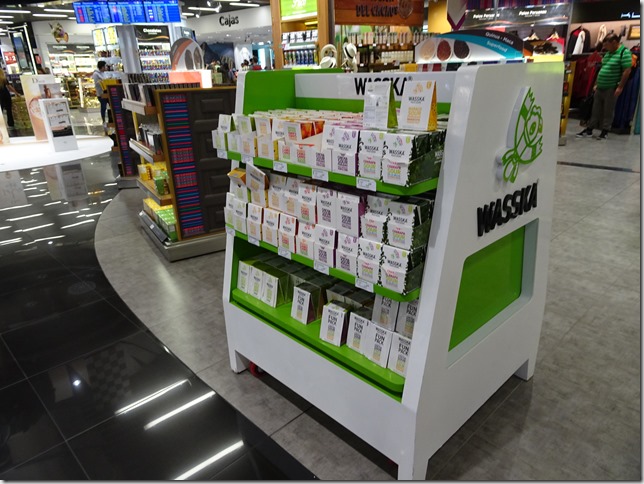 Lima Airport. This display looked very familiar to us, at least the product did. We had really enjoyed Pisco Sours during our visit to Patagonia last year, and had even bought a bottle of Pisco. Linda discovered we could order Pisco Sour mix from Amazon, which we did. It was this same brand in the same package. Let’s just say we were disappointed in the taste, as it wasn’t nearly as good as a freshly made Pisco Sour using a fresh squeezed lemon and a raw egg white. The other thing is the price here is a fraction of what we paid. Live and learn. All are Pisco Sours we have been drinking on this trip were made right in front of us, and were they ever awesome. 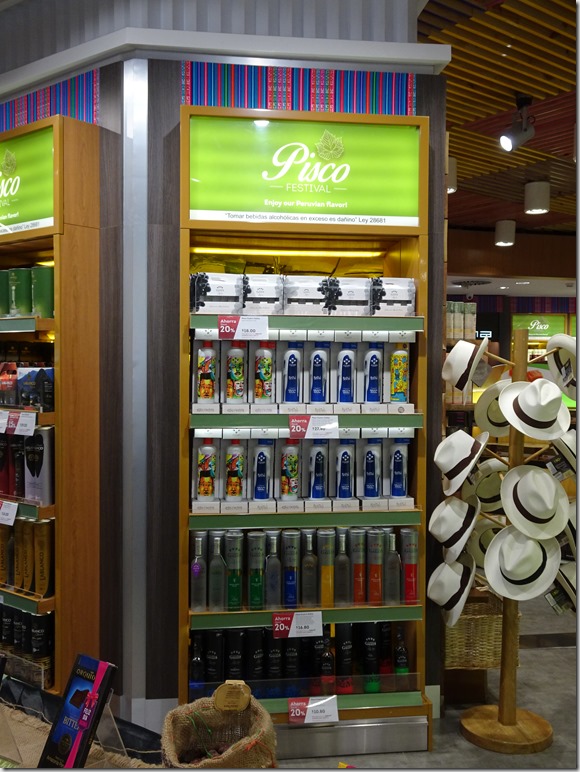 Pisco in the Duty Free section of the Lima international terminal. Once again, the price is a fraction of what we paid for Pisco at Feldman’s. And having checked it out at the local stores during our time in Peru, it is inexpensive everywhere. We also learned, by taste comparison naturally, the premixed Pisco Sour you can buy is very good, though the taste varies from brand to brand. 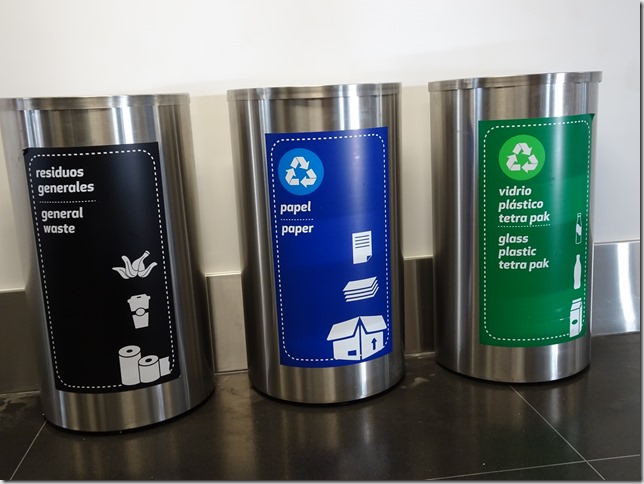 A little different than single trash bin America., but then when it comes to recycling we are probably in the third world category recycling wise. 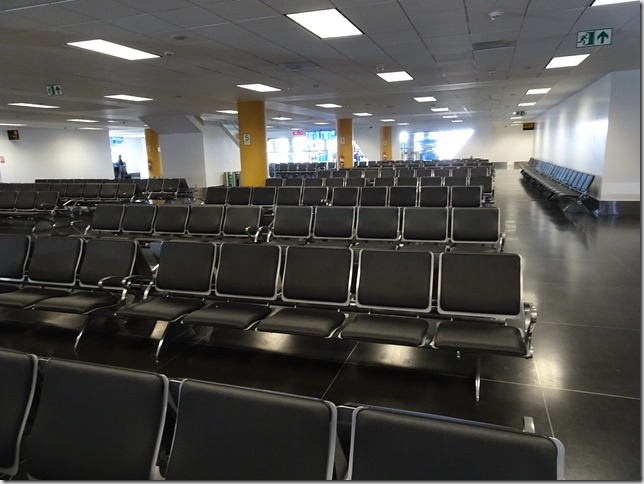 At least the waiting area for our flight wasn’t crowded. 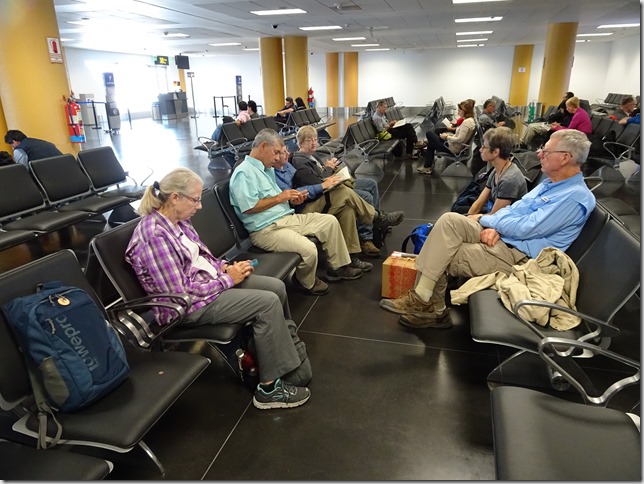 The people across from our group were part of another O.A.T. tour traveling to Quito. 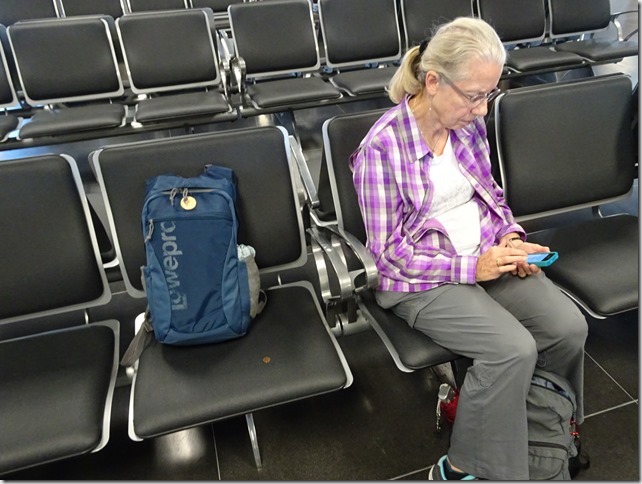 Linda knows how to kill time at the airport when the wait is hours long. Surfing the web is hard work and tires a girl out. 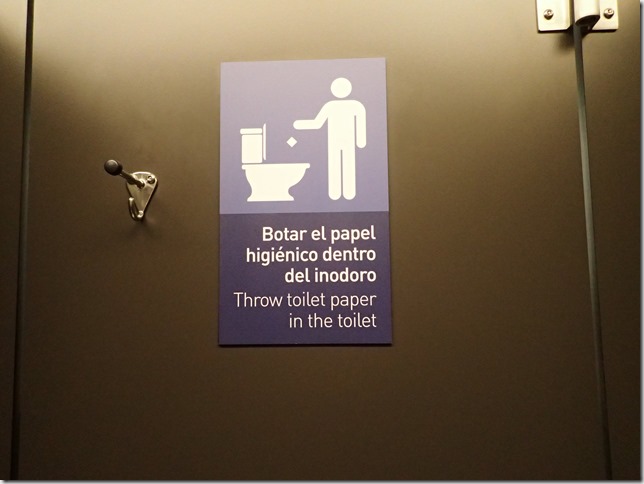 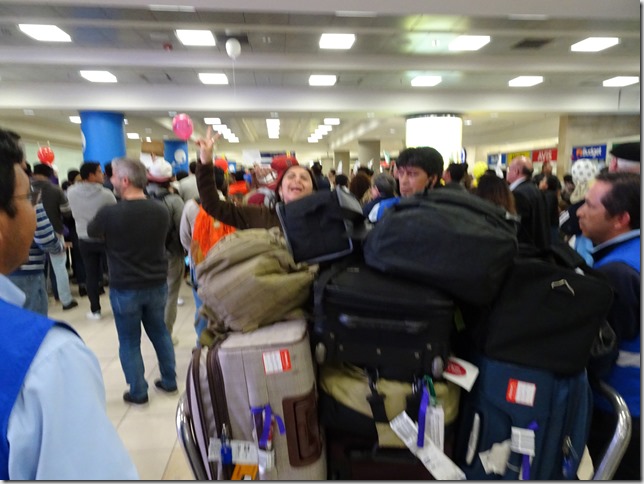 Arrival in Quito, Ecuador at the end of a long tiring day. The camera lens was about as blurry eyed as we were. That’s Sofy, our guide for the next week, waving from behind the cart piled high with luggage. This ended our Machu Picchu pre-trip, and tomorrow will meet the other six members of the tour who will doing just the main trip to the Amazon and the Galapagos.