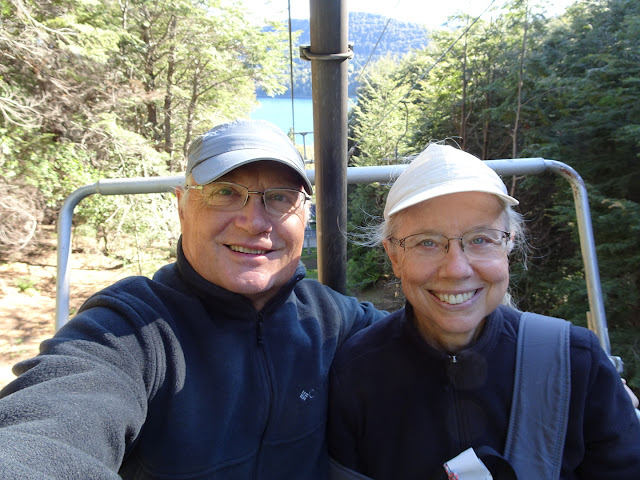 Having discovered that Facebook appears to use the first photo posted as the one that shows up to announce to the world what the daily blog post is about I'm going to have to discontinue the breakfast photos or at least put them back a little further. Suffice it to say that we did eat breakfast this morning and I had the worst tasting chocolate whatever it was that I've ever had in my culinary judging career. It was an anise flavored chocolate something for other, something like it cake and was it ever bad. Gosh, I can't even say something nice about it, it was so bad. And it was chocolate. Anyways the first thing we did today was to go on a chairlift, and you can probably tell we were both excited about it. 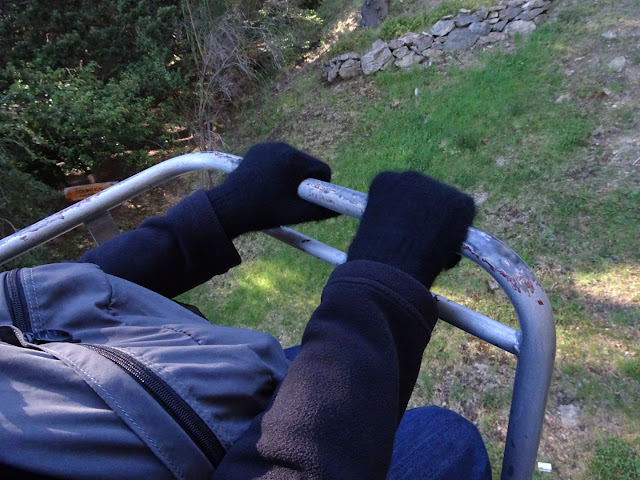 Linda is famous for her death grip on chairlifts and the start of the ride today was no exception. 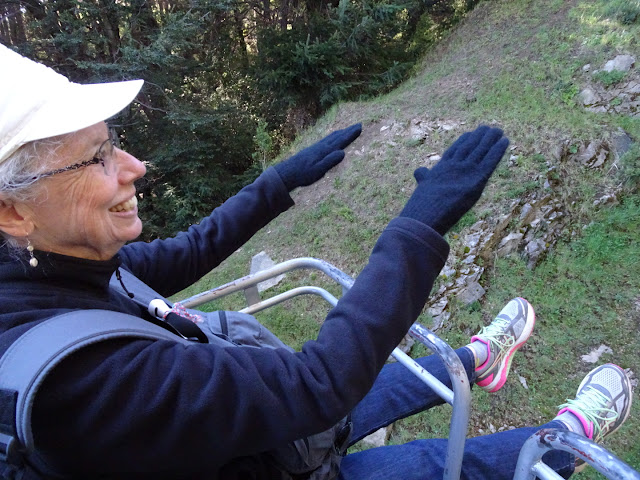 Yet only moments later she was showing off big time. Brave Linda. Somehow our other she wasn't quite as excited about me bouncing up and down on the chair as I was at her with having her arms and legs lifted. Bad Bob 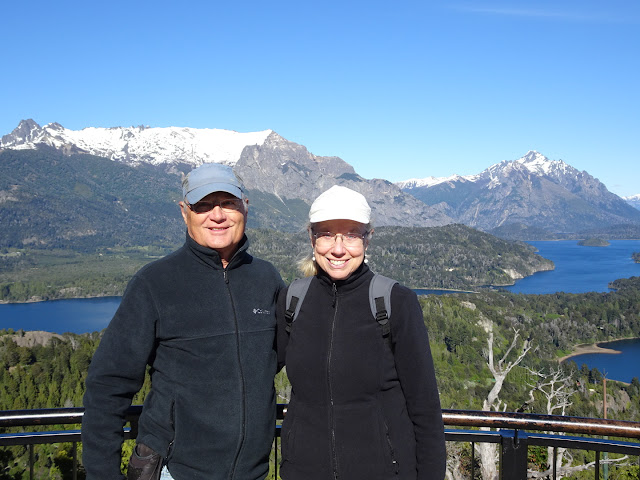 At the top we post for the obligatory photo. 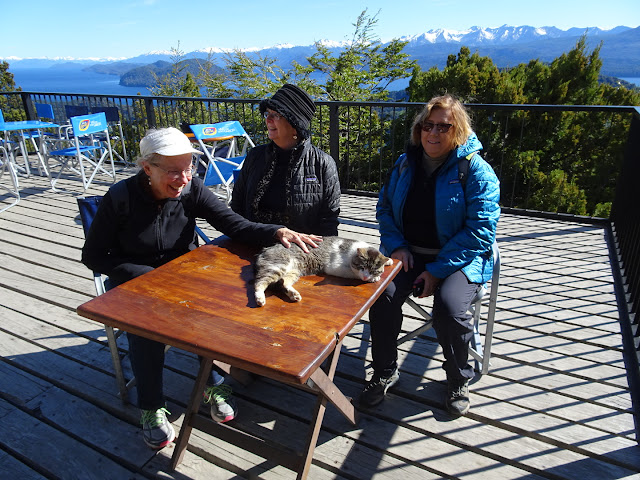 While I took in the jaw dropping views Linda got her cat fix. 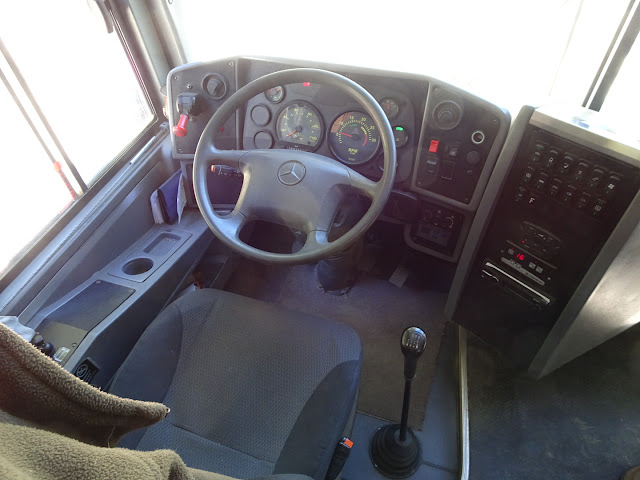 The cockpit of our bus, it reminds me of our home. 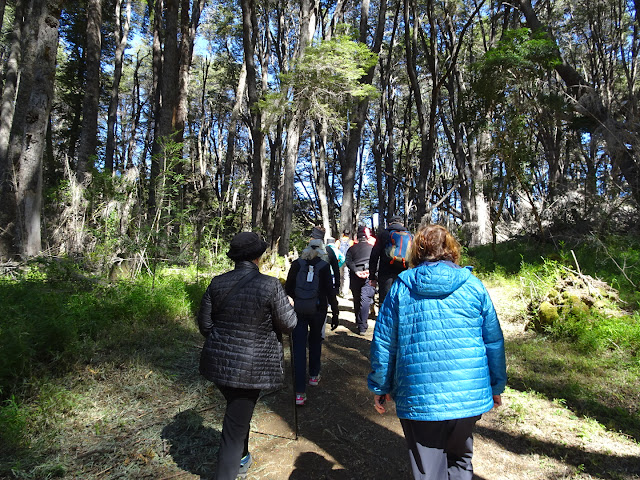 Hikes, we had hikes today, two of them. That's the reason why I'm not writing a lot. Tired Bob. If you're wondering about Linda right now, she's down in the bar enjoying a drink and dessert with the girls while I write this. Smart Linda.

I really didn't really do justice to our hikes with that photo. We had one that was on fairly flat ground which dealt primarily with the flora of the Patagonia region, from huge trees to bamboo the lives for 70 years then blooms and dies overnight, plus many other interesting plants. The second hike was up hill over rocky terrain that went on and on and on and on. My pedometer says we only walked 6.46 miles today but my body says we went it least twice that far. Altitude is a killer. Old Worn Out Bob. 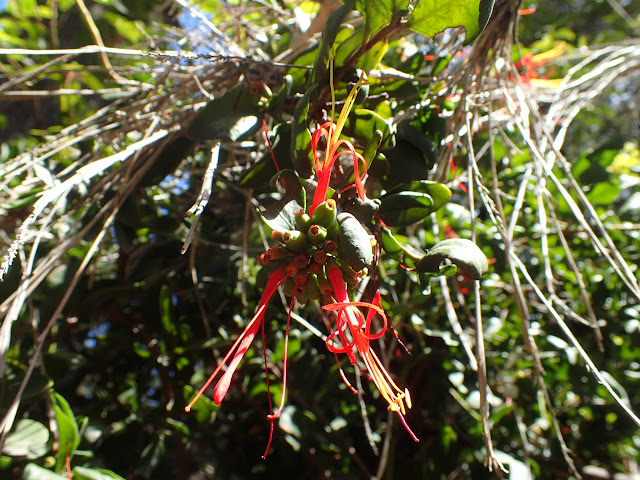 I did mention flora didn't I. You can bet Linda made sure there were plenty of pictures of flora. I know which side my bread is buttered on, so unfortunately you're going to see a couple of flora pictures. Wise Old Bob. 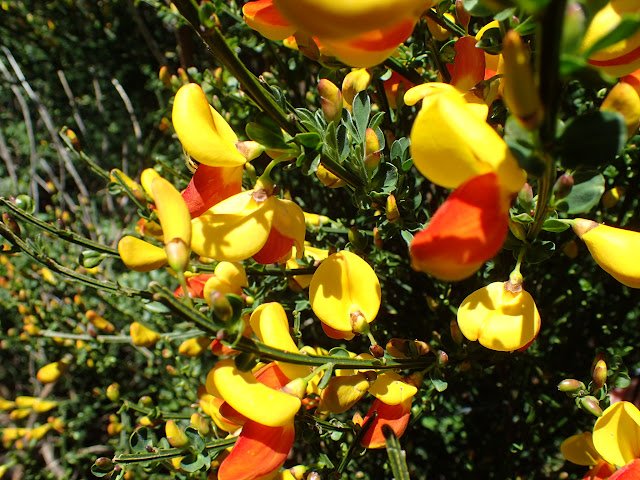 Your guess is as good as mine on this one. 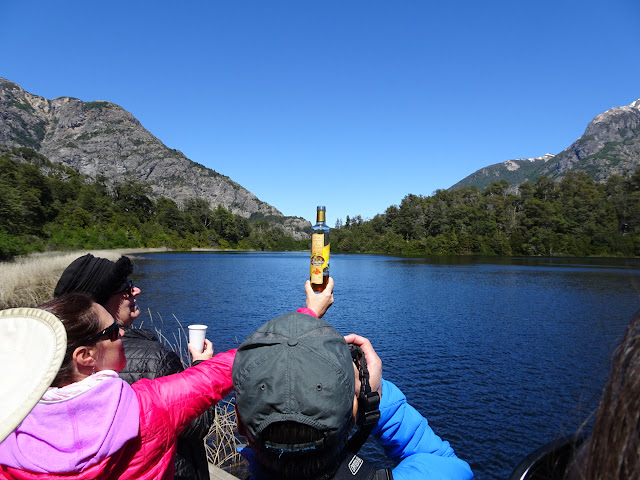 I
At one stop we toasted Patagonia with a really good tasting liqueur, just don't ask me what it was. 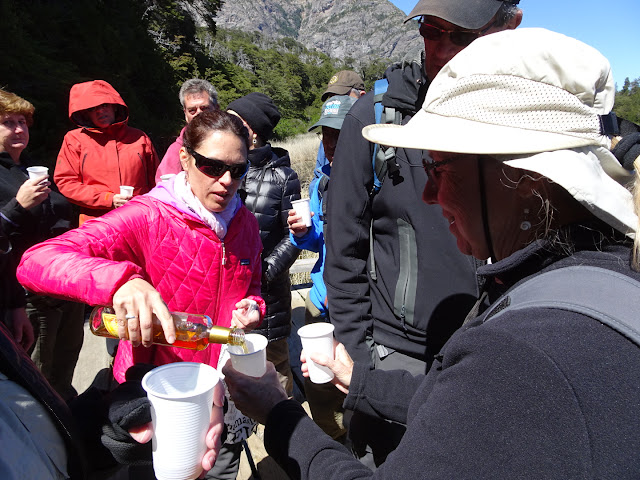 It appears that one person really like that liqueur. Guess you could call them a two fisted drinker. I'm not going to tell who in the group was that person was. And no I had my own cup. Embarrassed Bob. Okay, confession time she was really holding the cup for someone else who was taking a picture. But did have refill of her own cup after she downed her toast. And this woman had never even had a taste of alcohol before our first date over 49 years ago. If I hadn't clarified that I know absolutely that I would be a no condition to write it any more. Smart Bob. 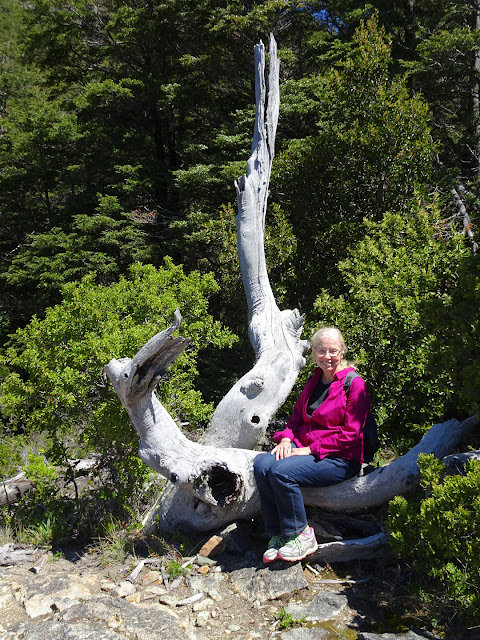 How did I ever get so lucky? 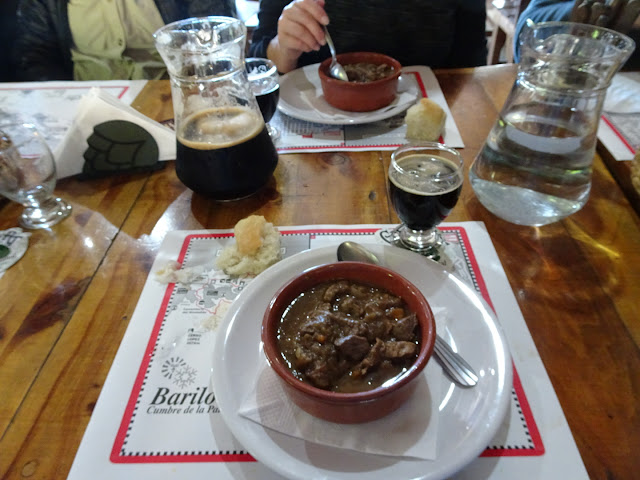 Lunch was at a brew pub. Fabulous lamb stew and all the stout we could drink. I think I just got luckier. Maybe the pitcher and a half of stout I drank has something to do with me being tired tonight. It couldn't be that could it? Not What He Used to be Bob 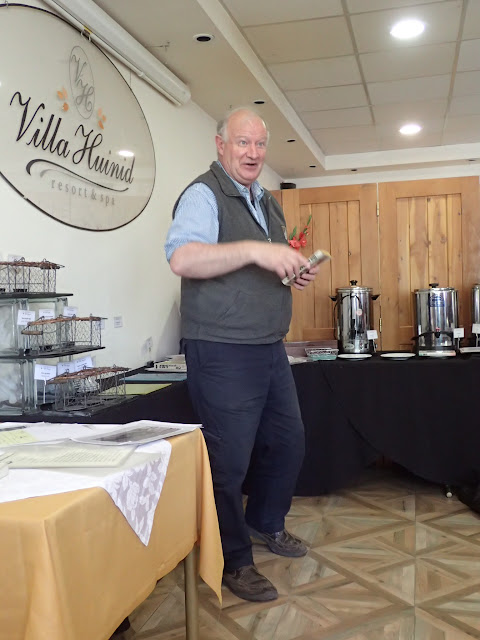 Something a little different at the end of a long day. Hans Shultz gave an interesting talk on the Nazis in Argentina. He spoke from experience and has written several books on the topic. It is things like this that make an OAT tour so very special. From the guides, both the regular and city, to the special topics that are occasionally covered, we learn how it is from the local perspective, no holds barred. On our past Rick Steve's tours it always seemed that we were getting the story according to how Rick Steves wanted it told. We can see many more OAT tours in our future. 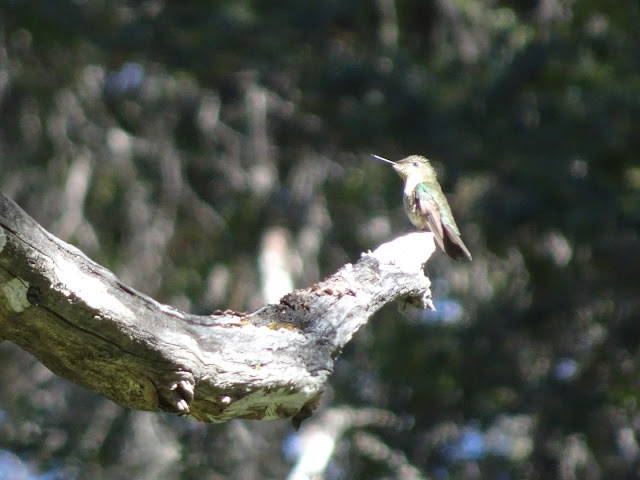 I'll finish the day with our "Bert" bird picture of the day. Bert is a friend of ours who is a birder par excellence. He identified yesterday's bird as a buff necked ibis.

We have another long day tomorrow that includes a river raff trip, horseback ride, a home visit, and several more things I can't remember what they are. Hopefully I won't be too tired to write tomorrow night.
Posted by Bob and Linda at 7:09 PM