In the sky, somewhere between the US and the UK. After not nearly enough sleep time the overhead lights in the cabin came on and breakfast was served.

We landed about 20 minutes later than scheduled, got to see the sky turn red and orange out the plane window. Before that, however, I tried to take a photo of the moon just above the wing tip. It’s easy to understand why I attend the Retama Photography Club meetings on Friday mornings in the winter. Bob, the non-photographer.

For anyone who might doubt the location of that photo, here is where the plane was at that time.

Something that never happens. Guess I can’t say that any more. First bag from the plane was one of ours!

Linda claimed we had to walk for miles in the terminal. One mile being from the plane to passport control, then a not so long walk to baggage claim, then another mile or so to the Underground station.  It may not have been quite that far, but even I would admit it was a real long ways. The other thing was the answer to how those duffle bags worked out. Linda’s was okay. Not great, but okay. Mine, which had all our heavy stuff (the heavy stuff Linda packed) in it, was not so good. Not so good, not so good at all. It bent in the middle from the weight and I had to more or less drag it, rather than it rolling on its rollers. Got it fixed once we were in the hotel, but until then, I was not a very happy camper. Linda said it best. This is likely the first and last time we will use them. 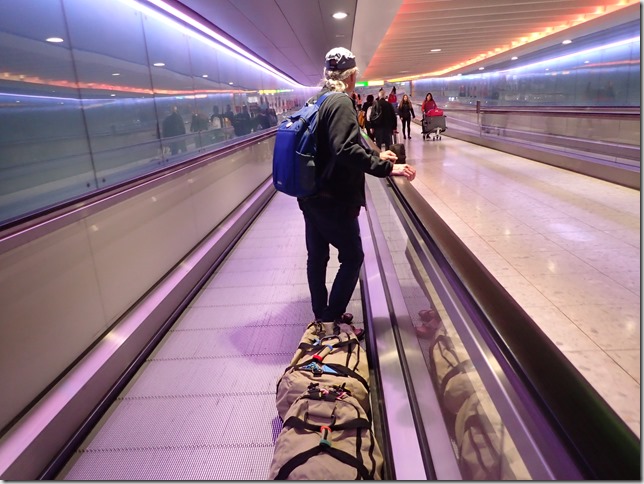 Breakfast at Heathrow. A wonderful lemon, poppy seed muffin for Linda, and a bowl of delicious porridge for me. 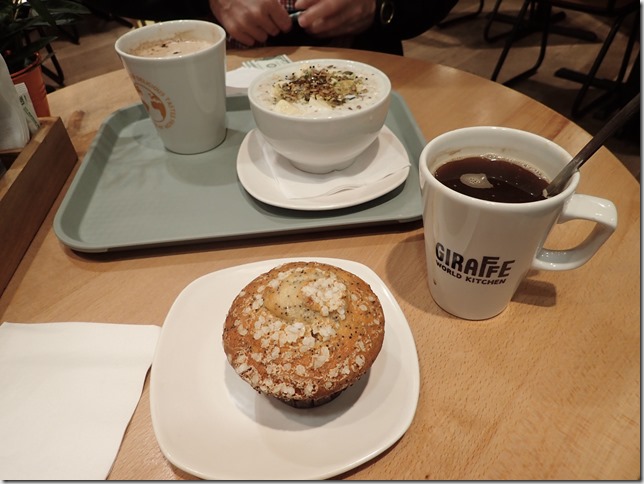 Thee stops before Linda took this photo, our car was packed to the gills with people. The best part was that getting on at Heathrow, which is the end of the line, we both had seats the entire trip. 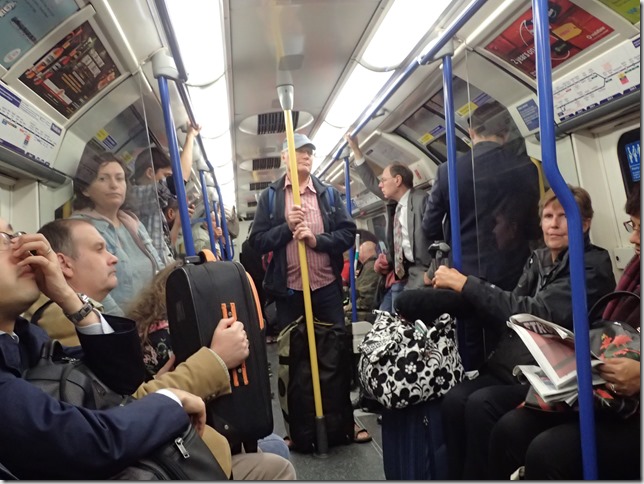 We couldn’t check-in at the hotel until after 12 noon, so we left our bags at the left luggage area and walked the few blocks to one of favorite places in London, The British Museum.

Linda had read a recent post on Facebook about a mummy at the Brit, that had been more closely examined, and it turned out the person being mummified had been stabbed in the back. That meant we spent several hours looking at everything in the Egyptian funeral practices rooms. He was nicknamed Ginger because of his red hair. We never did find him, but it was because the woman mummy seeker didn’t look at everything there.

While Linda played mummy finder, I took some mummy photos. It was a very popular area, with a number of school groups there. Lucky kids to get to see the real thing.

Spider silk hat from Cameroon. You never know what you are going to find here and that’s the reason we keep going back every time we are in London.They call it one of the world’s great museums, and they aren’t wrong.

Every night, well when we are not traveling, we watch a British show called Time Team. It was on for something like 20 years, and the premise is a team of archeologists have 3 days do a dig. A number of the episodes involve excavation of Roman ruins as the Romans had a huge presence in Britain for roughly three centuries.. Once she had examined everything in the Egyptian rooms, it was off the Romans in Britain room.

This one of her photos. It was fun to hear describing what was in the display cases without needing to read the labels. Did I mention she has us watching Time Team every night in the coach house at Retama. The episodes are on You Tube, if you are interested. 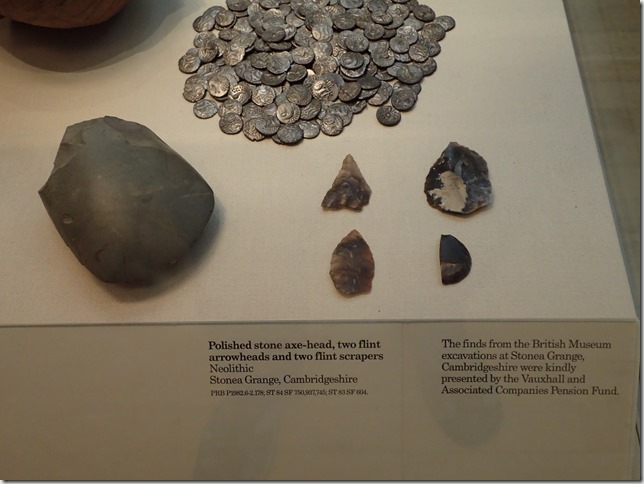 Leaving the Romans in Britain Room, we walked down the stairs to the main floor. At the bottom Linda spied this sign and a photo of it. Her next words were, “I’m tired, lets go back to the hotel.” 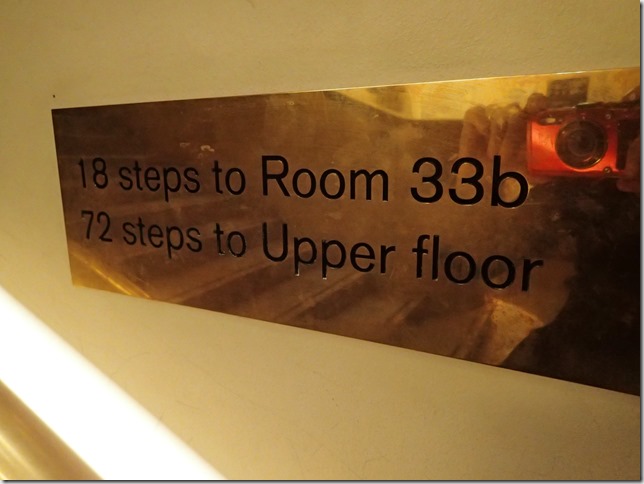 How the worn out tourist relaxes after a long night of travel and a day at the British Museum. Smart Linda. We actually managed to stay awake until after 9 pm, so my guess is we hit the ground running in the morning on London time with all cylinders firing. I did have to laugh as she fell asleep as I was writing that last sentence, because I could hear this whistle but couldn’t figure out where it was coming from until I realized it was her. What’s not to love about a woman who whistles in her sleep. Smiling Bob. 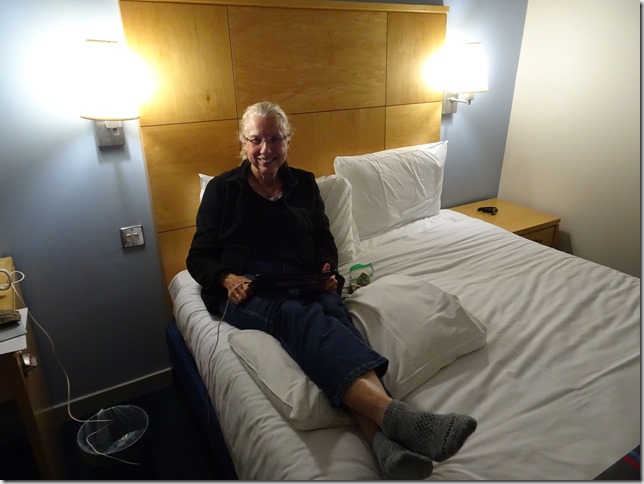