Our staying awake all day yesterday worked like a charm. We awakened this morning at 4 AM, totally refreshed and ready to go. Hard to believe we slept for almost 11 hours. You see, that 4 AM was the time I normally wake up in Texas, meaning it was 10 AM here in London. What works for us isn’t for everyone, and there are likely even better ways of avoiding jet lag. Just so long as one doesn’t suffer from jet lag, that’s all that matters. 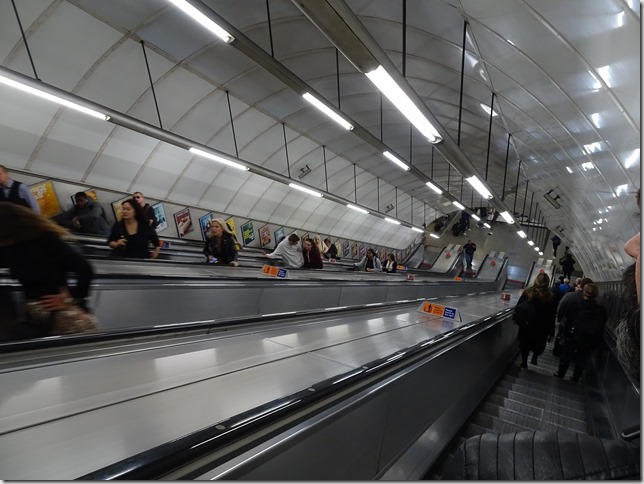 I’m not sure what happened to some of the photos on yesterday’s post, but she who reads them after I write them said a number of the photos weren’t very sharp. I took it as a very nice way of saying a messed up badly. This morning, once we were up and going, we headed off to Leicester Square to get theater tickets at the TKTS booth. The photo is taken as we took the escalator down to the Piccadilly line at Holborn station. That’s when we discovered the Piccadilly line is on strike through Saturday. No problem, just took the Central line one stop, changed to the Northern line and two stops later were at Leicester Square. Not to brag, but Linda always has a very good guide when she rides the Underground. Braggart Bob. 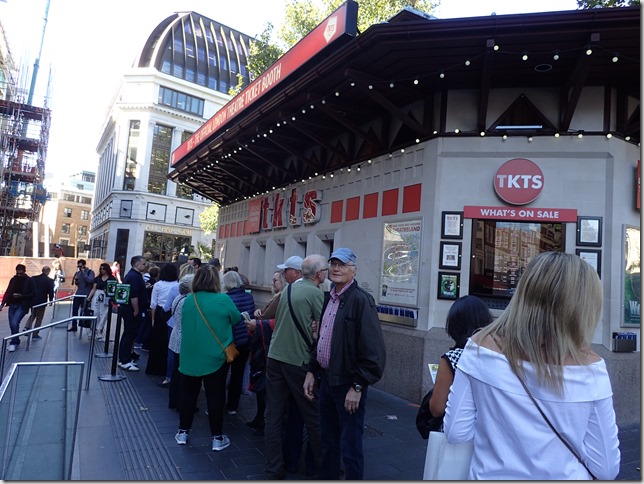 This will not be our only time standing in line here. And actually the line was not that long compared to what it can be. 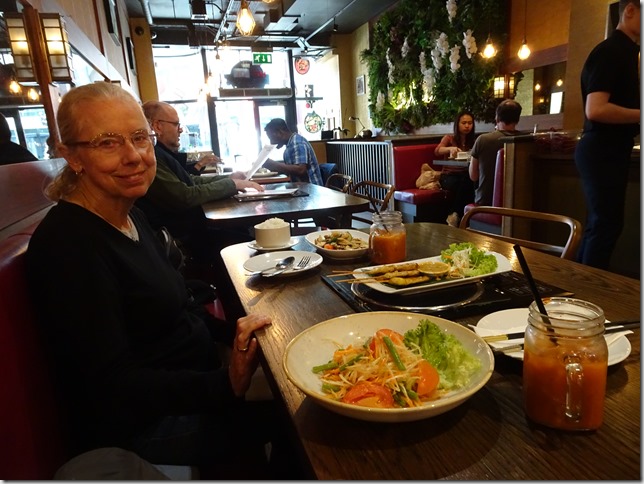 No breakfast photo today, simply because by the time we bought the tickets, it was already past noon. We happened across a Thai restaurant  on the edge of Chinatown, and the prospect of Thai iced tea and green papaya salad called to me along with satay chicken. Linda opted for cashew chicken and tea, so there were two happy people at our table. 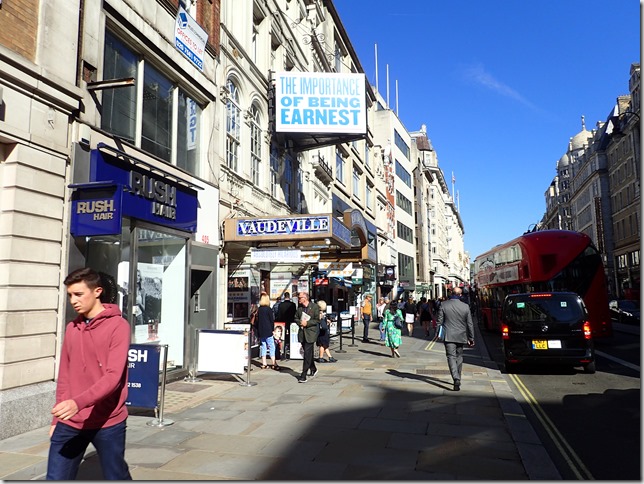 Last year for some unknown reason I read Oscar Wilde’s play “The Importance of Being Earnest.” Now I know why. Nothing like a double gin and tonic before the play. 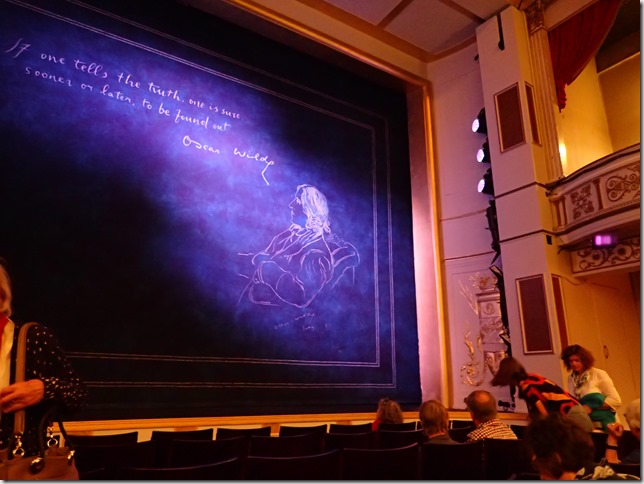 Right up near the front as always. 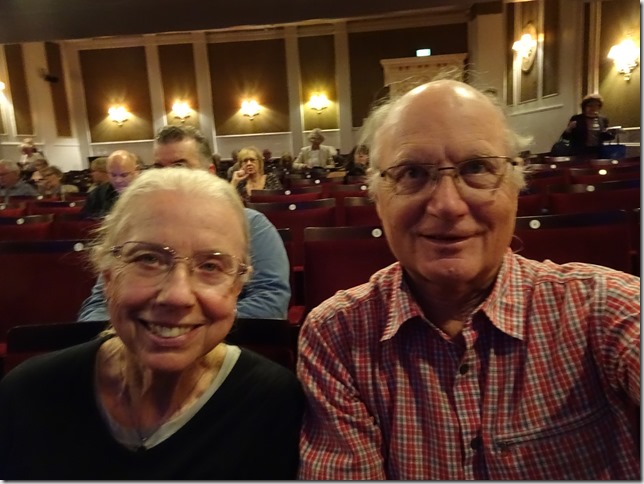 Happy theater goer’s. There’s a couple of lines in the play that go something like this. Male to female: You’re perfect.” Female to male: “Don’t call me perfect, there’s no room for improvement.” Regardless, my feeling is Linda is about as perfect as a person can be. Nice Bob. 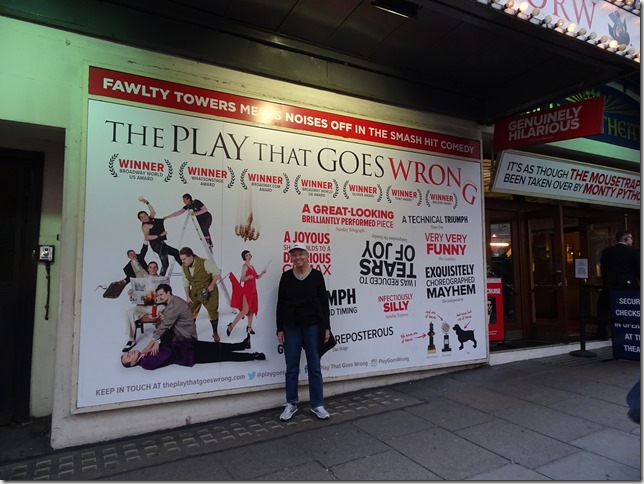 “The Play That Goes Wrong”, this will be our third time seeing it, a must see every time we are in London. It’s now also on Broadway, but since we are West End theater lovers, it’s a bit more of a trip to see it. This is not the only reason we are in London, but it’s definitely part of the reason. 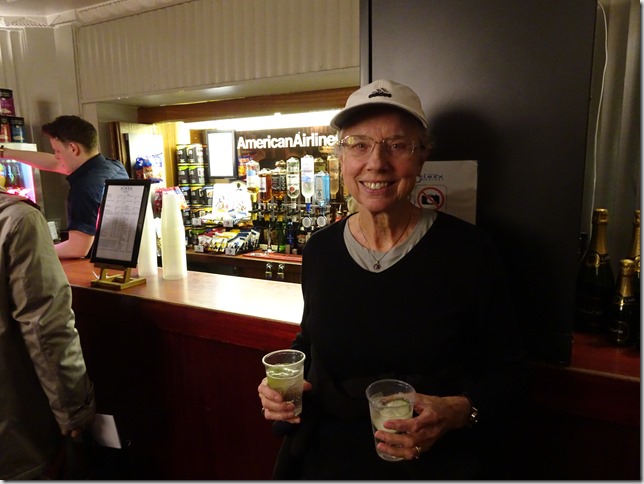 Nothing like a double gin and tonic before the play, again. The reason for the double gin is because a single shot of gin is too weak according to the family gin maker. And I agree because she makes an awesome gin and tonic. 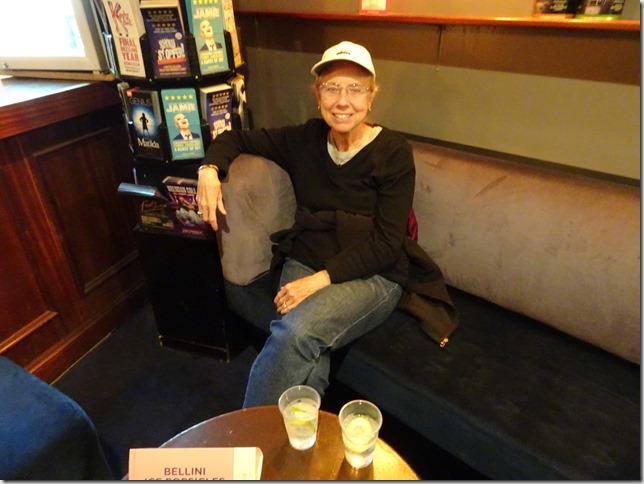 Relaxing before the laughs. And in this play the laughs are almost nonstop. 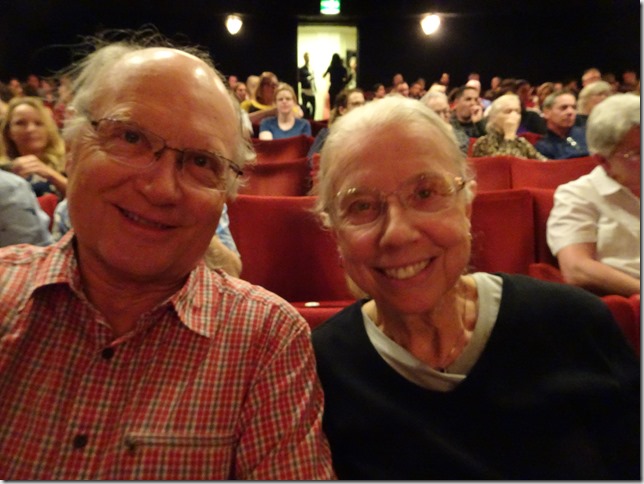 The theater is about a ten minute walk, if that, from our hotel. Now to decide what we will be seeing over the next couple of days. There are more plays we want to see and also places we want to see, museums, some we haven’t visited before, art museums and time team dig sites. Guess we’ll just have to plan another trip to London. Life is Good.