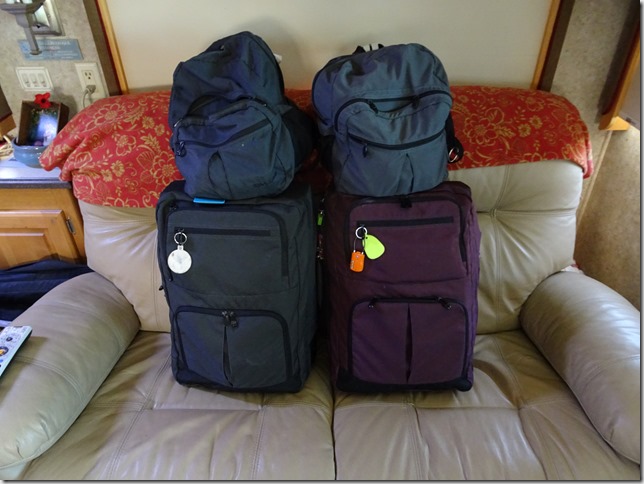 We were all packed up and ready to go to Norway on Tuesday afternoon even though we weren’t leaving until late Wednesday morning. This is typical for Linda but for me it was a World’s Record in early packing. As I write this on Thursday evening after arriving in Oslo, I still haven’t discovered anything I left behind. Linda however was a different story, but more on that later. 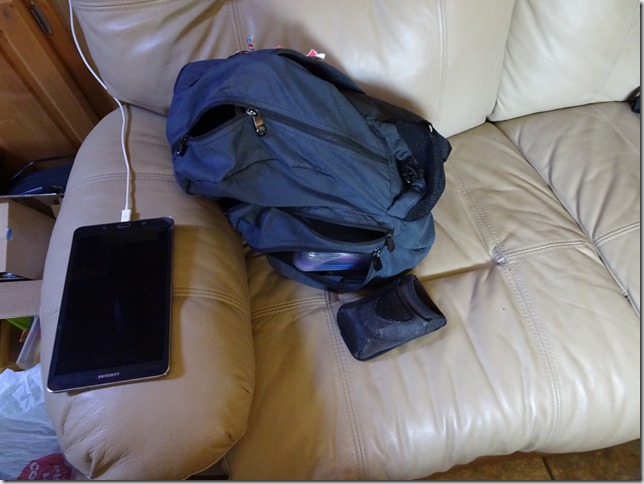 This is not good. I use my Tab heavily when we fly, having downloaded a number of many, many books three or four of which i will be reading at any one time, one of which is always in German. This morning I was faced with a disaster. My Tab was not plugged in and had only 3% battery remaining. It always takes a very long time to recharge when it gets so low, which meant no books to read during the flights to Norway, and we had three of them. Unhappy Bob. 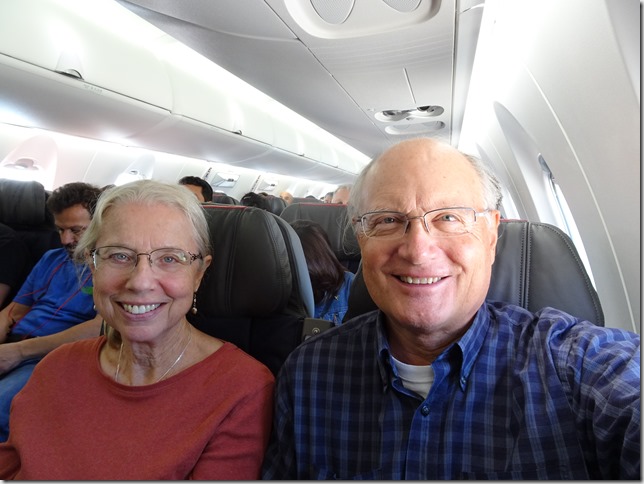 See how Linda is smiling in this selfie taken as we waited to takeoff for Dallas from McAllen. Well she sure wasn’t a few minutes later when she remembered she forgot to put her patch on to keep her from using the little bag in seat pocket in front of her when she flies. Fortunately she had some Qwell left over from our Australia trip, which she supplemented with some Dramamine. She doesn’t like to take Dramamine when she flies because when she does it makes her legs cramp. Since motion sickness is something that has never affected me, I know enough to express sympathy for her other than say nothing else. I remember once being told that if said one more thing about it not bothering me, she was going to miss the bag next time. Unsplattered Bob. 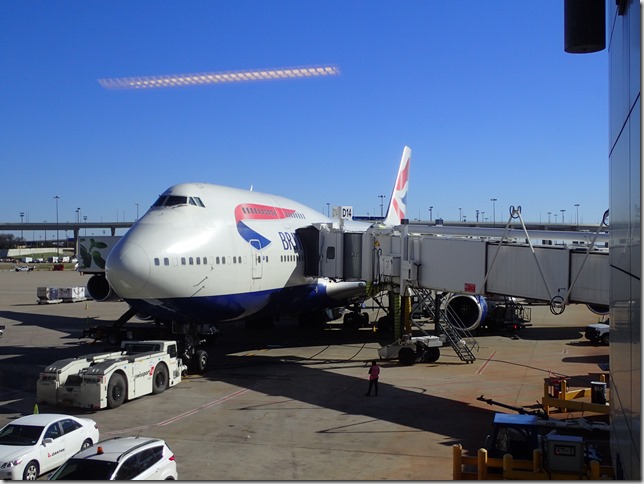 Our British Airways 747 at the gate in Dallas. Unfortunately that is exactly where it stayed, at the gate. Seems they had a problem with a spoiler on the flight over, one that serious enough that it had to be replaced. Easy fix right? No when the spare is in London. The bottom line, our flight was cancelled. 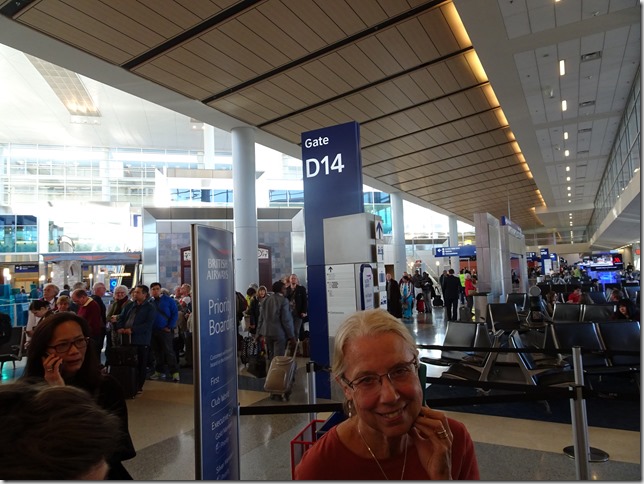 They had made us aware there was problem, but didn’t say what it was. We kept watching the gate personnel with a gentleman from England who was sitting in the waiting area beside use. When it was becoming clear the flight was likely to be cancelled, I watched the luggage and and our charging electronic devices while Linda got in line. When they finally announced it was cancelled Linda was only a dozen or so people from the head of the line.
The photo shows the line disappearing out of sight. As soon as I got over to her with the luggage she was on the phone to BA, and within a few minutes we were rebooked on an American Airlines flight leaving within the hour for London. In a way we felt sorry for all the other people in line who didn’t know what to do in situations like this, on the other hand, all that travel I did during those many decades years ago meant we knew exactly what to do. 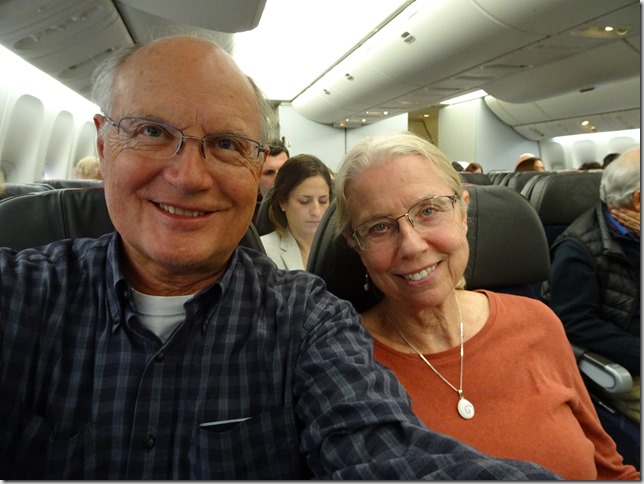 You’d smile too if you were still flying to Norway instead of spending the night in a hotel in Dallas and flying out the following day. We even got our connecting flight to Oslo changed to one that left at 12:30 so we would have no problem getter there. It just meant arriving three hours later than we were originally scheduled, but since we don’t plan on doing anything other walking around some the day we arrive overseas, it was no problem. Happy Bob and Linda.
Posted by Bob and Linda at 4:52 AM

Email ThisBlogThis!Share to TwitterShare to FacebookShare to Pinterest
Labels: Travel