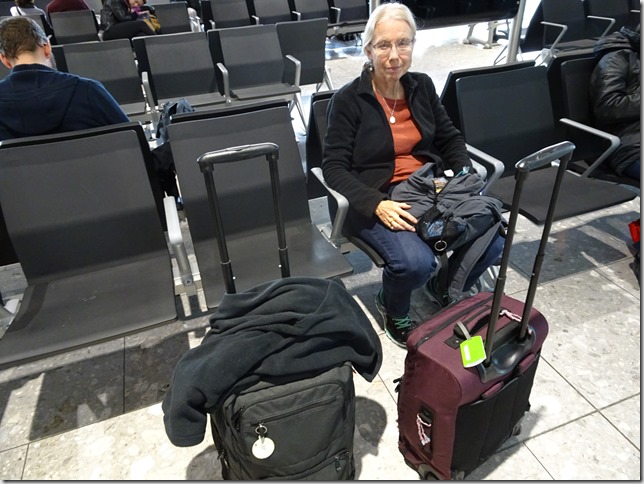 From the looks of Linda maybe I should have titled this post, Tired Linda is Sleepless Linda. Normally she is a great traveler, well, maybe I should have said a good traveler. Okay, okay, sometimes she is a less grumpy traveler. But this time she is just a tired traveler who got very little sleep on the plane. But going through the plane troubles we had getting out of Dallas takes a lot out of a person. The plane from London, Heathrow to Oslo. It did fill up, but there is more to the story. As we were waiting in the boarding are they announced free baggage check to anyone with carry-on baggage. Since this was our last leg we took them up on it. Nice, and she even changed our seats so we could sit together with an empty seat between us. But then she said take it down to the plane and board. It was like boarding even before the first class passengers, though we did sit in the very back of the plane. Not a bad deal at all. 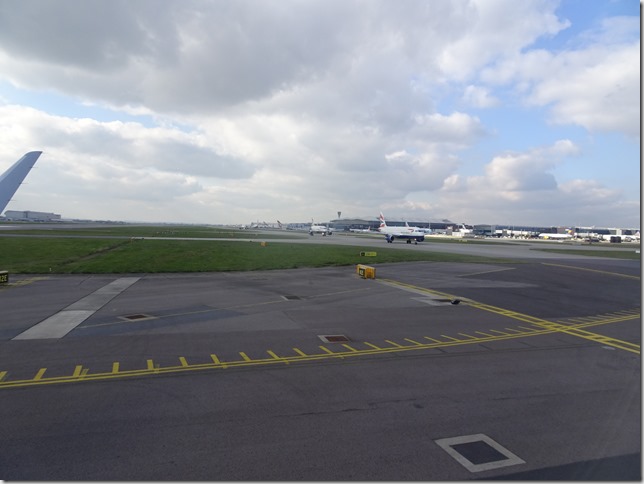 The night before we taxied for 25 minutes after pushing back from the gate at DFW, but Heathrow beat that as we taxied for 28 minutes this morning. It didn’t bother Linda at all, as she was Suzie Snoonzie nearly the entire flight. 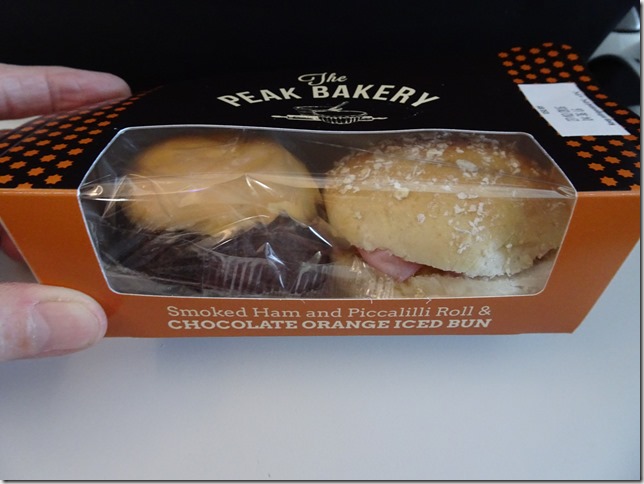 Correcting myself here. Good Bob. Snoozie Snoorzie did not sleep the entire time, she woke up when the snack cart came by. As it says on the package, smoked ham and piccalilli roll with a special mustard relish and a chocolate orange iced bun. It was all I could do to keep her from taking some of mine. Another of the reasons we are looking forward to our time in Norway, the food is way beyond good. Think fish Bob, Think fish. 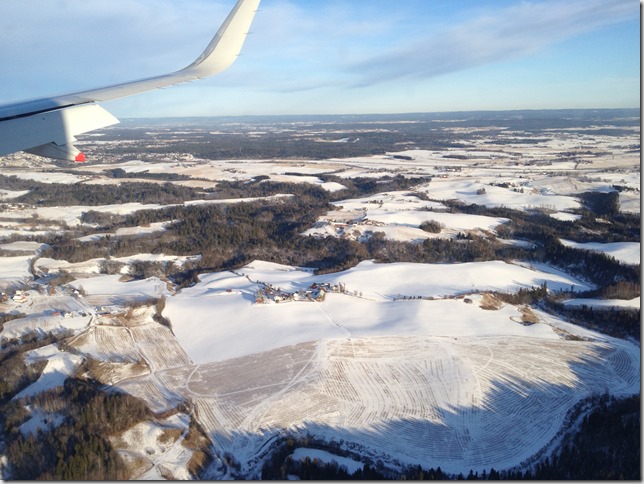 We had clouds for much of the flight, but eventually land or should I say snow appeared, meaning we must be over Norway. 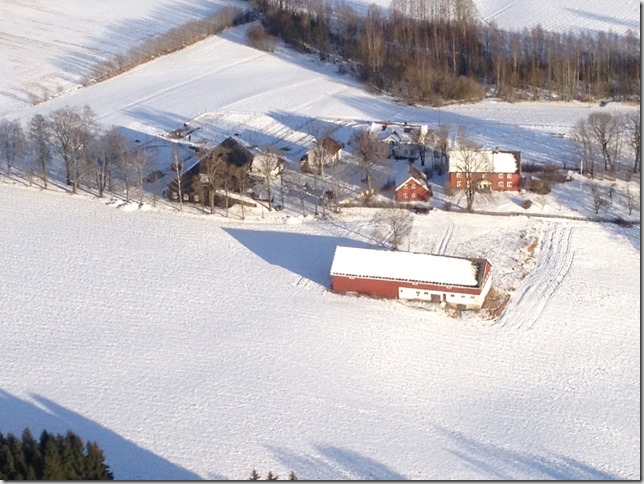 This view made Linda a very happy girl. One of the reason we are here now is so she could she the red farm buildings surrounded by snow instead of grass. Happy Linda. 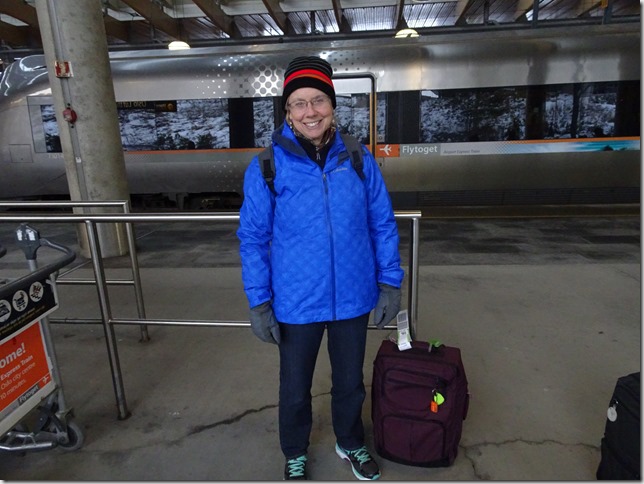 Waiting on the train to the center of Oslo on the platform at the airport station. A good example of when in Oslo in the winter, dress like the locals do. As for the train, there are two trains from the airport to the central train station. The Flytoget fast train gets there in 20 minutes and cost NOK 160. The slow train gets you there in 25 minutes and costs NOK 82. For the two us it would be 5 minutes difference longer for NOK 164 versus NOK 320. Not hard to figure out which one we took, and all the signs were in Norwegian and English, so there was no getting lost (this time). 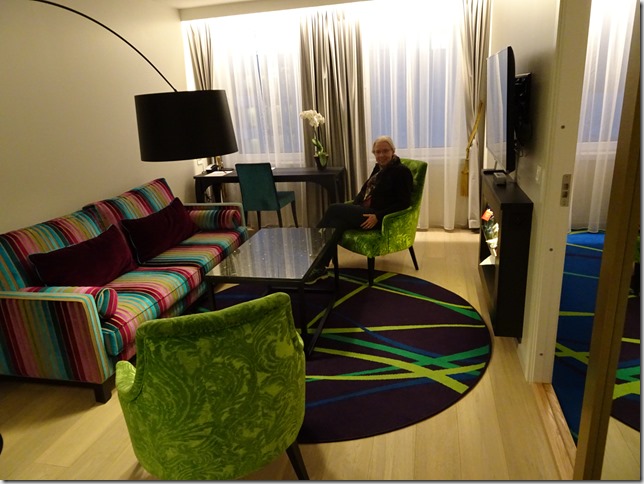 Norway is a very expensive country, but when we were looking at hotel rooms we discovered that many places had upgraded rooms at a very reasonable price compared to the inexpensive rooms. When we opened the door to our room and saw this we knew we had done good. Happy Bob and Linda. 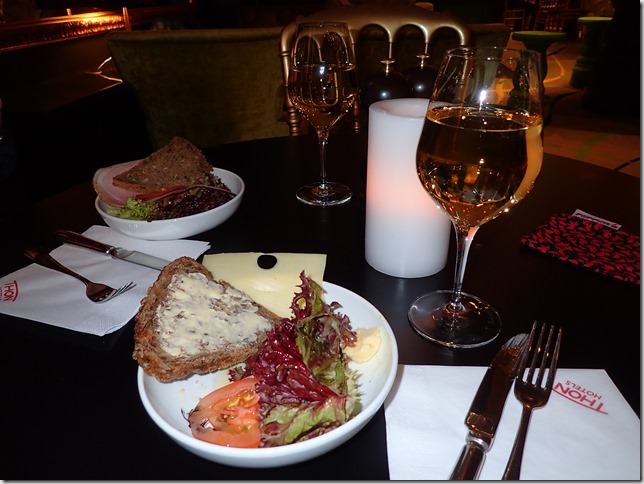 The cost of the room included breakfast and a “light” dinner. Being tired from all the travel and having not arrived at the hotel until after dark, we opted for the hotel meal. This is just the beginning and by the time we were done with the rest of the foods we were more than full. The wine wasn’t included, but is was excellent and converting to dollars, was only $6.50 a glass. 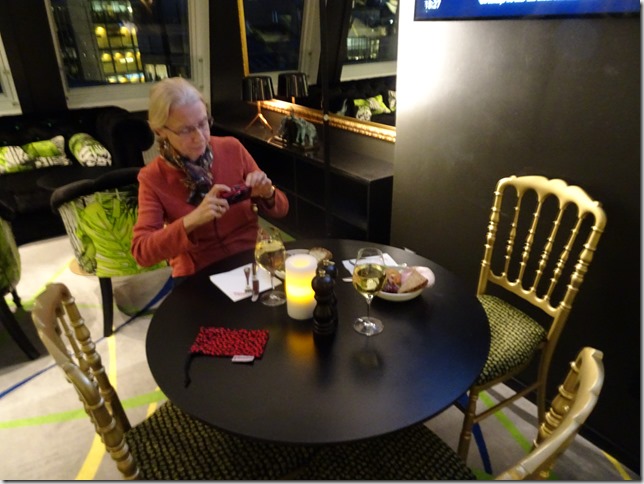 How those food photos are taken. I’ll have to try to get some photos of the decor in the hotel lounge. We tried to come up with a words to describe it and eclectically eclectic seemed fit best. I must have some Scandinavian heritage because I really like the varied architecture and decorating styles we come across here.

Backtracking for a moment, it is always interesting when we arrive at a major city train station. They have multiple exits and there you are, hordes of people streaming around you while trying to decide which way to go. I knew we wanted to go out the front entrance, but when you get all turned around getting up to the main floor, exactly which way is it. Tonight they had a panel of windows overlooking the tracks down below which gave me my bearings and out the right door we went.

Next it was getting to the right tram stop to catch either the No. 17 or 18 tram. As we fired up the Maps.me program in the Tab we saw the tram stop not far away and soon we were aboard the No. 18 going in the right direction. By now it is definitely dark outside, but wonder of wonders, we actually got off at the right stop and in less than a minute were in the hotel lobby. And if we had gotten lost while doing this it just would have meant I’d have had a longer story to tell. 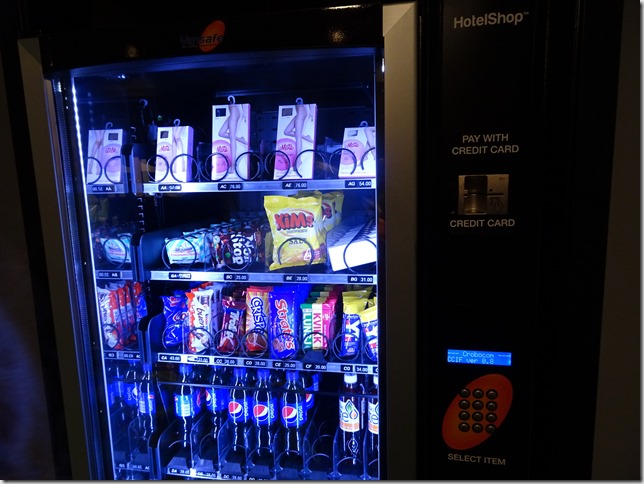 Another of the differences between here and the U.S.. The vending machines only take credit cards. 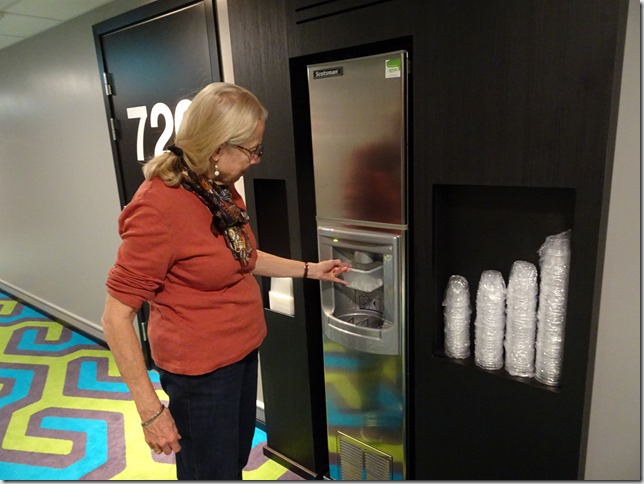 This is a first, though maybe it’s because we are staying a little more upscale hotel than we usually do. It’s an ice machine. The first one we have ever seen. It’s making me slightly homesick for the smaller family run hotels we usually stay at, but not that homesick. Enlightened Bob.